Trying to fit Murderville – the new streaming reality series on Netflix – into a neat box is not an easy task. It’s part police comedy, part low-stakes improv, a sort of Who’s Line Is It, Anyway? meets Police Squad (and my apologies to those of you too young to understand either of those references. My bones, dear children, they creak). At times, it feels distinctly modern: everyone is so desperate for something new to binge, that something this weird and half-assed could only exist in the status quo. Other times, Murderville feels like an odd throwback – the imperfections harkening to a time when television programming was commercial-laden and grainy, and the crew was proudly, visibly intoxicated. But how to classify it, and the feelings of nostalgia it brings up, are all ancillary to the most important part about Murderville: it is exceedingly, astoundingly stupid.

And I cannot stop watching.

Each episode features a celebrity guest (a collection of stars so random, I’m assuming they just owed someone on the crew a favor) tasked with solving a murder alongside hapless, gravel-voiced homicide detective Terry Seattle, played by a mustachioed Will Arnett.

Seattle has all the hallmarks of a grizzled detective about to hit rock bottom: he’s haunted by ex-partner’s Lori’s unsolved murder, (her official police photo – of a smiling Jennifer Aniston – looks down at him, and the skeleton of her rabbit, which Seattle let die of neglect, still sits in a cage in the corner of their office); his soon-to-be-ex-wife is also his chief; and he keeps getting paired with a rotating cast of rookies as they attempt to solve a string of grisly murders. It’s a send-up of every detective show cliché rolled up together, as Arnett chews the scenery and flails around like there’s a wasp in his mismatched suit. He contaminates every crime scene and shouts non-sensical insults at the chief’s new romantic interest. It’s deeply uncomfortable and ridiculous and you find your spine contracting with secondhand embarrassment.

It’s also sort of great, especially in light of *flutters hands* well, everything. 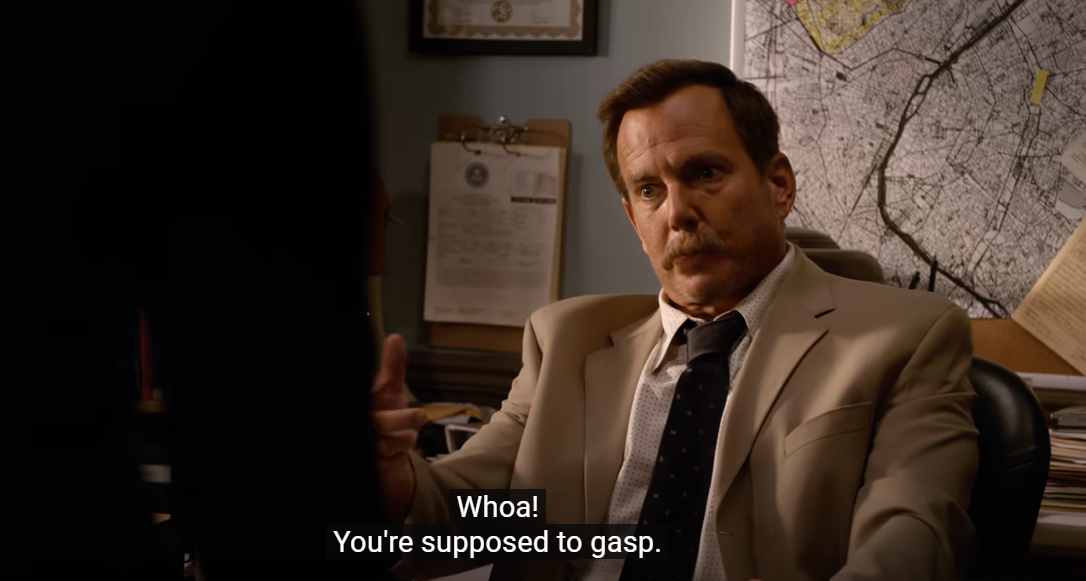 Because if you’ve been a person on the planet over the last few years, you’ve probably noticed a pervasive sense of doom and foreboding following you everywhere. Every now and then we think that things are starting to get better, but then a new variant pops up, and it’s named after a Greek letter, which is alarming because there are 24 of those. All of this makes it extremely difficult to watch to television, especially for those of us who, on a good day, already feel like we have ants crawling all over us. Which is unfortunate, because watching television in the safety of your home is one of the few things that won’t infect you with the latest Greek letter.

I’ve tried watching old sitcoms as a form of escapism, but they felt frustratingly out of touch. I found myself ominously muttering things like “Just you wait,” to characters on programming from the mid-2000s, like I was some sort of plotting archvillain (which, hey … if the monocle fits). I watched an old episode of Community where someone mentioned Obama and nearly threw the remote at the TV. We didn’t how good we had it, wandering around outdoors and hugging people.

Current programming wasn’t much better. It just led to a bunch of weird questions. Did the pandemic happen in this reality? Did it end sooner? Are any of the characters going to mention it? Shouldn’t they be wearing masks?

But Murderville, somehow, manages to avoid feeling painfully oblivious – even though so many of its players are. Perhaps because there’s nothing about the show that even pretends to have an air of verisimilitude. Everything is clearly a soundstage. The sets are so flimsy you can practically see the particle board wavering. The actors all seem to be channeling different iterations of Nicolas Cage. One of the suspects is definitely drunk. Suspension of disbelief, for a show this absurd, has to be entirely willing. And for the willing, it also becomes therapeutic. Because outside of the confines of the Murderville set, we all know the pandemic still looms. But right now, the most pressing issue is still who drowned the health inspector in a bowl of soup? 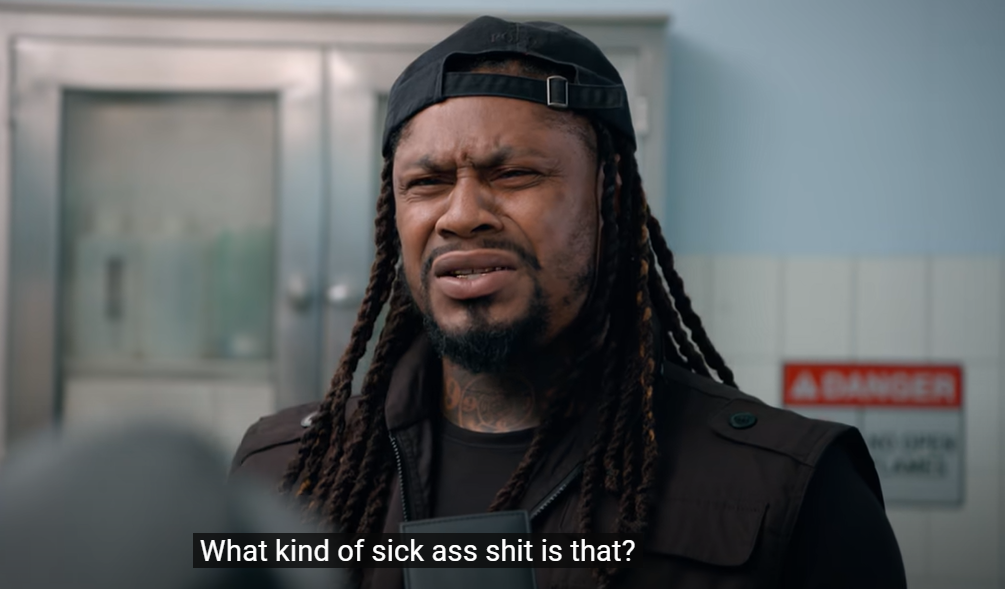 Sometimes the guest star catches the killer. Sometimes they get it dead wrong. Sometimes someone starts cracking up in spite of themselves. Occasionally, it’s the corpse. (These bloopers and mishaps bring an authenticity to a show that seems to revels in its own fakeness. Every unscripted laugh is like the Kool-Aid man crashing through the fourth wall.) That’s the other delightful thing about Murderville: it’s a show about murders that somehow isn’t about death. Every corpse is undoubtedly alive, and often struggling not to laugh as they are gently poked and prodded by Arnett and his partner. It’s weirdly uplifting, to laugh in the face of death like this, when it’s been on our minds so steadily these last few years.

The clues laid out in each episode of Murderville range from painfully obvious to fleetingly obscure. (Those of us who have watched too many police procedurals or who are even loosely familiar with the legal system may be too jaded to play along at home. I couldn’t fathom how the suspects weren’t lying to police or how evidence wasn’t considered circumstantial, at best.) Those who wish to avoid copaganda have little to fear: there’s nothing about the show that bears any semblance to actual police work, much less glorifies it. It’s more like terrible murder-dinner theater, playing out on your TV, with about the same level of consequences. In the thirty odd minutes in between, you get to watch celebrities wear terrible wigs, stir soup with their arms, and pretend to be the President of Finland.

What’s most significant about this show is how insignificant it is. It’s barely above Cop Rock. It requires no mental energy to consume it. It’s insipid, and silly, and occasionally gross. And I can’t stop watching.