It’s weird to be a travel blogger who doesn’t travel.

Actually, I don’t actually know if I can call myself a travel blogger anymore, but what’s the alternative? If I just say “blogger” without that key little word prefacing it all, it feels like I might unravel like a sweater. A blogger? No. That’s not a thing. That’s some who is simultaneously a thousand years old and also unemployed. That’s profoundly stupid.

I will put a pin in that existential crisis and revisit it later.

Last week, Rand took me to Canada. It’s not far – a three hour drive to Vancouver, closer than Portland, but in the opposite direction. From there we took the ferry to Victoria. It was our anniversary, it was my birthday, it was the first time we’d left the country in more than two years, it was so many things. The border had only recently opened to Americans, provided they had proof of a negative Covid test, which we did not. We promptly forgot about that until the last minute, and then, panicked, drove a hour out of our way to get our noses swabbed. Somehow the thing that was looming over everything, all the time, was the thing that slipped our minds. We got our negative results. We drove across the border. 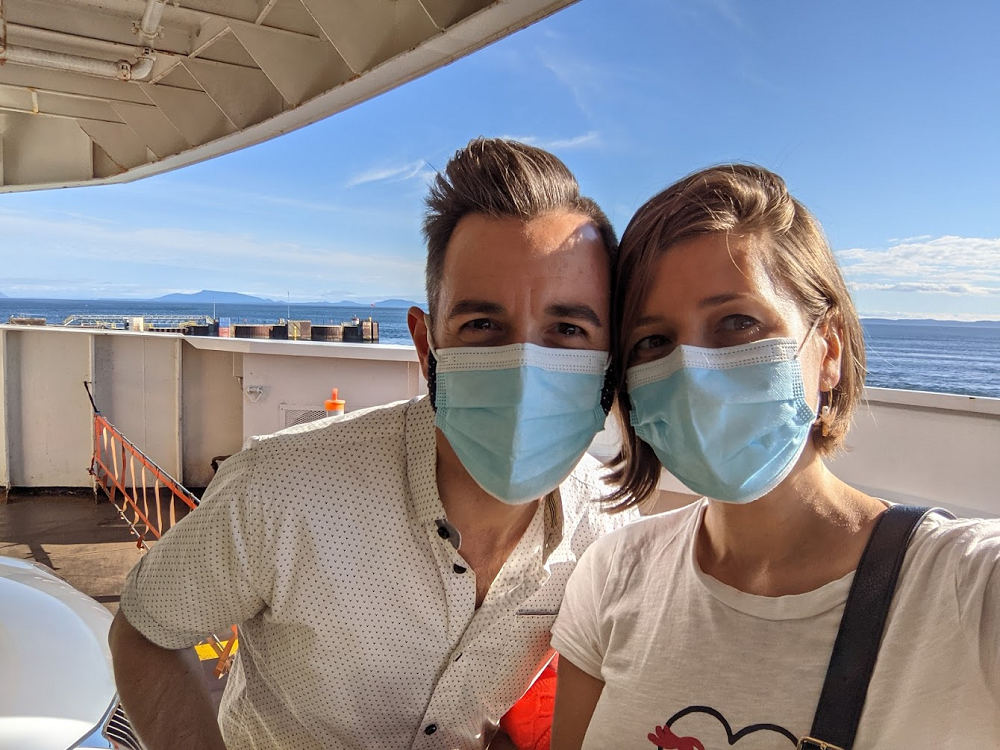 Okay, maybe not “just like that.” Maybe it was a lot of time and money and stress, but STILL. Still.

It’s funny – in the past I’ve rarely blogged about British Columbia, if at all. It just felt too similar to Seattle, to Washington (they even still refer to it as the Pacific Northwest, even though it’s like, southern Canada). I know it’s different – of course I know it’s different – they have socialized medicine and they’re all subjects of the Queen and everyone is so polite and there’s Cadbury’s chocolate and butter tarts. There’s way less gun violence and even the places that are further south than America are somehow colder? But if you try to explain this stuff to someone else who’s further from all of it – if you try listing these difference to, say, someone in Europe (and I have, many times before) they will stare blankly at you. I remember asking a Brit if they could tell the difference between American and Canadian accents.

“You sound exactly the fucking same,” they said.

So I don’t write about Canada all that much, which isn’t fair, but there you have it. I’ve never been good at nuance. I owe forty million people an apology, or I would if people still read blogs (DO PEOPLE STILL READ BLOGS?).

But if there’s an upside to these last few years, it’s that travel feels different now, and those small trips, the ones we’d gloss over, the ones we took for granted before, feel huge. They loom so big. I mean, look. Look at how beautiful the world is. It’s so easy to forget. 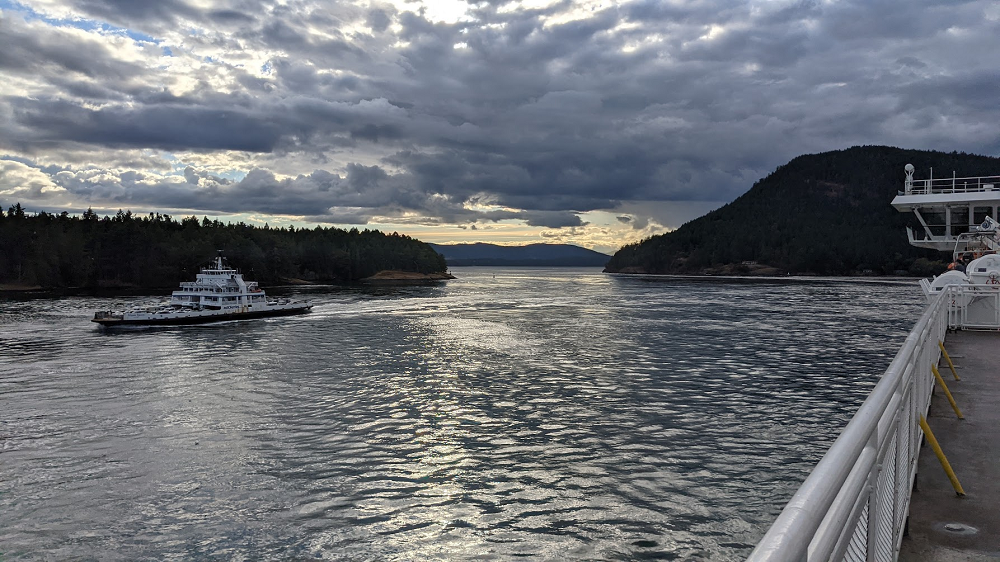 I’m not trying to sugarcoat it – the last eighteen months have sucked, and I say this as someone who has had it easy. They’ve been a flaming dumpster full of turds, and it’s not even over – the real “over” isn’t really anywhere in sight. But if there’s some small good thing that I can take away from all this, maybe it’s that I’ll hold the world a little more closely and tenderly than I did before. 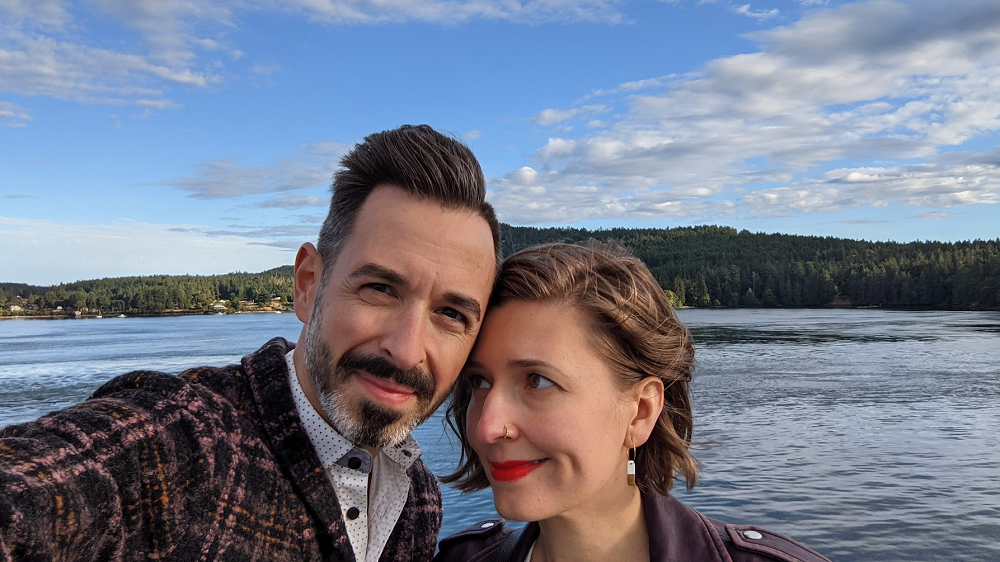 “I’m so happy,” I told Rand again and again. So happy to be out in the world, so happy to see our friends who lived so close but who we hadn’t been able to see in years. So happy to be eating Cadbury’s chocolate and navigating foreign currency and hearing people apologize for absolutely everything. I stole little bottles of shampoo and conditioner out of hotel bathroom and threw them into my suitcase.

“What are you doing?” Rand asked. This was unprecedented behavior.

“It all smells so nice,” I said. I wanted to remember it. He laughed and stared at me as though I was a stranger, because I sort of was. 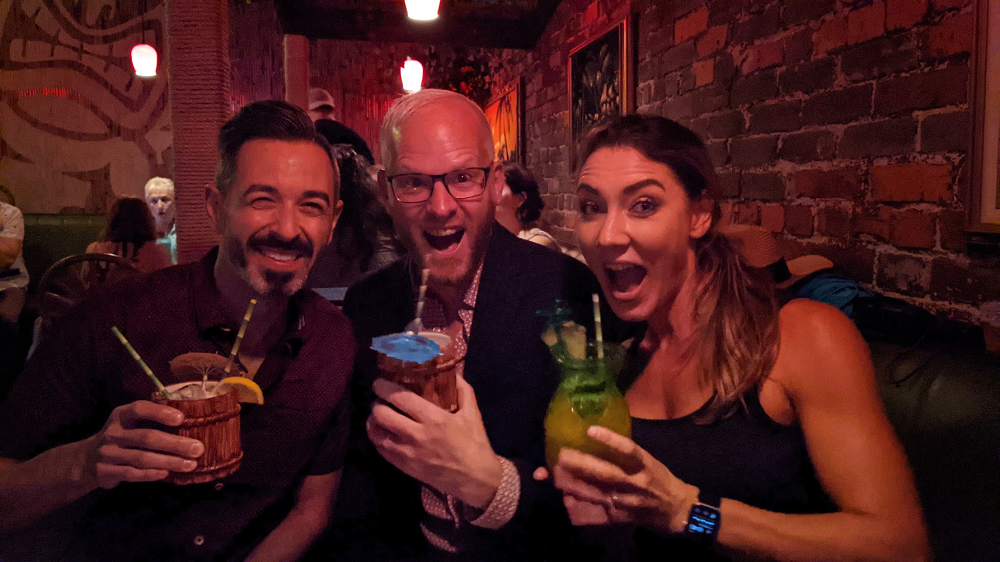 And we saw friends and we were all ridiculous and weird and giddy because it had been a long time.

In Station Eleven, by Emily St. John Mandel, there’s a point, long after society has collapsed due to a widespread pandemic (I KNOW, I KNOW), where someone is trying to explain international borders to a child. A dot on a map they understood – the demarcation of a city’s limits. But boundaries between countries – the mere concept of countries – this was harder to grasp. I thought there was something beautiful in that, once you got past all the sadness of like, everyone dying: the idea that the world was entirely cracked open.

And I realized that, for the most part, that’s how it always felt to me. I moved from place to place as though international borders didn’t exist. That blue passport got me almost anywhere. The invisibility of privilege – it’s a hell of thing. This last year and a half, or maybe it’s two years now, or maybe it’s been three decades, honestly, who is even counting anymore, everything has felt so small and claustrophobic and confined and I say that as one of the luckiest people on Earth. Do you hear me? I’m been so, so lucky. Jesus. It’s enough to make anyone feel like an asshole.

And then the world opens up a little more, and it’s almost too much for you to take. Because things are just too good. The air smells so nice and the world is so big and all of it feels like it’s yours, somehow. Not, like, yours alone, but something huge that you get to be a small part of. That’s it. That’s what it is: you get to be a part of everything again. And what do you do besides just get weird and weepy and want to tell everyone that you’re grateful? (It’s all a bit insufferable, really. God, are blogs just terrible? Are they just Chicken Soup for the Digital Soul? Is this why we all switched to TikTok videos of people desecrating recipes?)

There was a time when I wouldn’t have written about a trip to Vancouver, or to Victoria. When Canada felt just too close.

It doesn’t feel that way anymore.