I got my second vaccination shot this past weekend, spent the day after nursing a sore arm and watching television, in the throes of something not quite like a hangover. The internet told me to expect the worst, as the internet usually does. I anticipated being laid out for 48 hours. Instead I had a headache, took two Tylenol, and then went for a walk. It was warm out, or maybe I was feverish, or perhaps it was a little of both. The burst of blossoms on the cherry trees outside felt almost aggressive, the lushness of spring in the northwest stunning after a grey winter. I had longed for it for months, and then it seemed to appear overnight.

Scrolling my social media, I see a stream of selfies; people receiving their vaccines, eyes smiling over their masks, a shirt-sleeve rolled up, something exceptionally vulnerable about that stretch of skin on the upper arm. Everything opening again. It feels both overdue and impossible all at once. 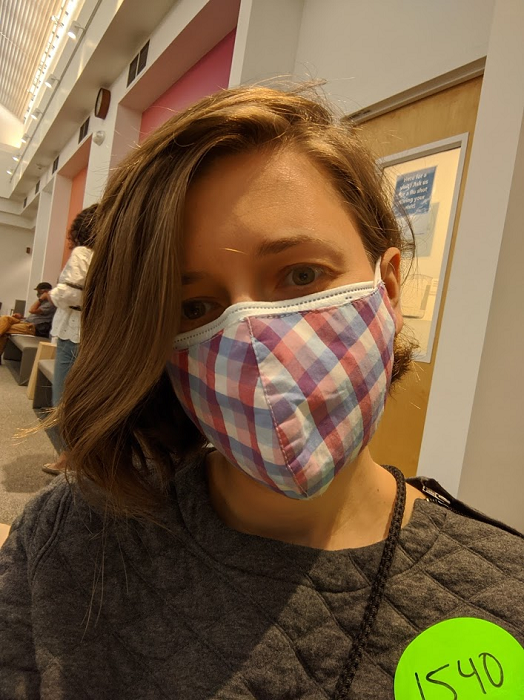 The thing that I – a shameless extrovert – have maintained over the last year is that when the world opened up again I would run screaming into it, possibly naked. I would unleash a torrent of affection and attention on whoever was willing, feeding off of the company of others, a social vampire. But as we’ve started seeing people – my mother, Rand’s grandfather, those few friends who, due to circumstance or profession are already vaccinated – I find myself unsure of how to return the world I once knew.

I don’t know how exactly to get back to normal anymore. 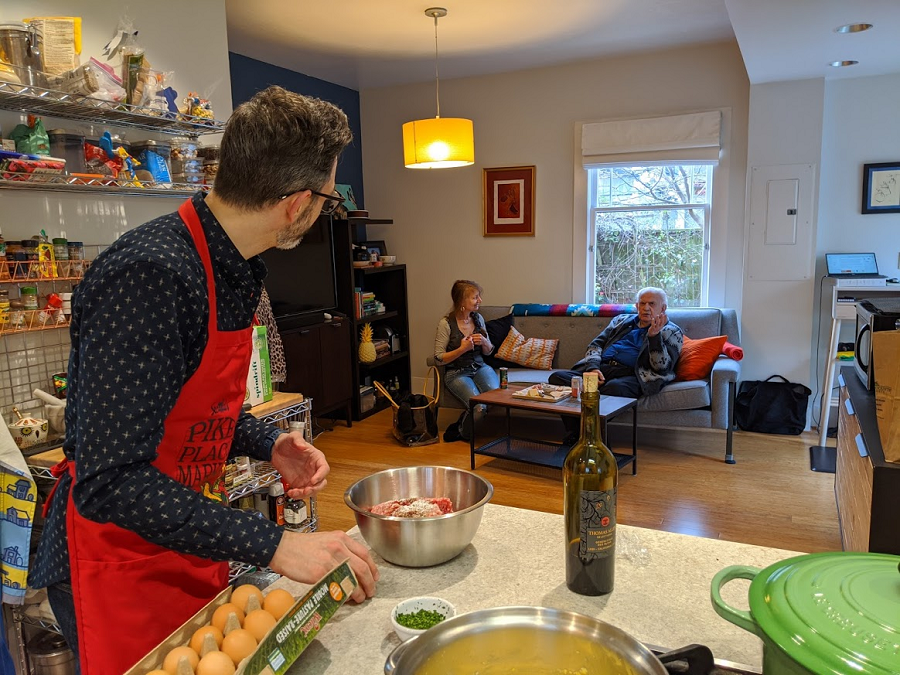 I remember those first few harrowing weeks when my town and state went on lockdown, stores and restaurants and gyms closing, my friends with children panicking at the idea of schools closing for two weeks (“TWO WEEKS!” a friend said to me now, a year later, a sputtering laugh coming out of her.) I didn’t know what to do with myself, with my days. I didn’t know how to exist in a world that wasn’t humming and busy, a sudden halting of the Indiana Jones animations of planes that I always imagined moving across a map whenever I traveled. I felt unmoored, rather paradoxically, from being stuck indoors. And then weeks melted into months and waves of despair hit again and again and I hit some sort of existential crisis (what happens to a travel writer when they are unable to travel?). I forgot what it was like before, and a new normal took over. Staying home, and walking into the street when anyone came towards me on the sidewalk. The lower half of someone’s face taking on a new, stunning intimacy. I wrote about being at home, I tried to work on my novel, I wrote nothing at all, I may have wasted a year.

It would all be fine, I told myself, when things went back to normal.

A week ago, some vaccinated friends invited us over to a backyard dinner. I figured I would step right back into it, but before I even left the house, it occurred to me that I’d forgotten exactly how to do it. I stared at an entire closet full of clean clothes – everything that wasn’t pajamas or workout wear was just hanging there – and was utterly baffled by what to do with it. Do you wear a blazer to dinner with friends? Do you talk about the weather? How do social interactions work? Am I being weird? Have I just been sitting here thinking about how weird I’m being, and staring at a spot on the ground with a weird look on my face, and now everyone is expecting me to say something? Or maybe they haven’t noticed at all, because I am not the center of the universe, honestly, why would I think that I am? I was suddenly on conversational training wheels. The CDC gives us parameters for hanging out, but no one tells you how awkward it might be.

Maybe that’s part of the problem. In the quest to get back to normal, it’s easy to ignore how the last year has changed us all. The things that once felt like a reflex, an effortless sort of second-nature, now feel foreign. We once hugged our friends, and we ate meals together, and we all sat around tables indoors. And then we lost loved ones and we were alone and we didn’t know when it would end, and it felt like all of that worked itself down to our marrow. Some of us lost a year of time, and others lost the futures they were promised. Movie theaters can reopen, but you still carry your grief. Something deep down that you can’t quite put your finger on, that you hesitate to call trauma, because that feels like an exaggeration, that feels too heavy, that feels like you are mitigating the real trauma of others. But what else is it? How else to describe it? The thing that made your grandparents save scraps of tin foil and refuse to throw out food. The thing that made your parents worry that you were going to be kidnapped, because of what happened to that poor boy on the news. The thing that – you fear – will make you keep your distance from other people and disinfect your hands until the end of your days.

How do you go back to normal when that world is already gone?

There are antibodies building inside of me, but my brain is taking longer to catch up. That’s the thing that no one told me while I sat at home, waiting for this moment – that I might not be ready for it. That the world opening up again might take just as much getting used to as the world shutting down. I stare at the leaves on the trees outside, back again after a long winter, and wonder what their secret is.

Global Pandemic, Lockdown, Nothing to Do With Travel