Last week, my kitchen sink collapsed. It fell from the bolts that held it, as though in protest, as though it, too, had had enough of the endless dishes and cooking. I managed to catch the edge of it, sharp even through my yellow latex gloves, and held it up with my fingers and the edges of my knees while I screamed for my husband, who did not hear me. I eventually managed to wedge a stool underneath and emailed our handyman, asking if he was comfortable working during this time. I explained to him that Rand and I had been social distancing for three months.

“I’ll be by tomorrow,” he said. I made sure I was out of the house when he said he’d arrive, but he’d texted me to say that he was delayed. I went home, and made myself a bowl of cereal, ready to dart out again before his new arrival time, but he got to the house earlier than he’d said. He walked through the door (I told him that it would be unlocked since I planned on being out), greeted me cheerfully and walked passed me into my kitchen.

He was not wearing a mask, and did not offer to put one on.

I haven’t stepped foot inside a grocery store since March. I’ve been to the pharmacy twice since lock-down started, to pick up my prescriptions. And so when our handyman walked into my home without making this one simple precautionary measure, I was stunned.

When he started to make idle chit-chat, I thought I was losing my mind.

“Are you two traveling?” he asked, knowing that we were often on the road.

“What? No. No, of course not. We’re not going anywhere.” I said, and he laughed. Our trips have been cancelled. International travel isn’t even possible during this time, and only necessary travel has been allowed by the governor. Passports aren’t even being renewed right now, and my husband’s expires at the end of the year, something which has been causing us both a measure of anxiety (“Jews don’t like it when we don’t have active passports,” Rand jokes.)

Seeing him without a mask, at ease, I assumed that he must have been socially isolating as well. That he and his family were on lockdown. Instead, he told me how he hadn’t stopped working, how he was still going to job sites and Home Depot, same as always. As he spoke, I thought of a video I saw of how breath travels, imagined tiny droplets spreading out of his mouth and across my kitchen. I tried to remember where my own mask was. It was next to the door. Because I hadn’t planned on being home when he got here.

I backed into the other room, putting a wall between us, and he laughed. 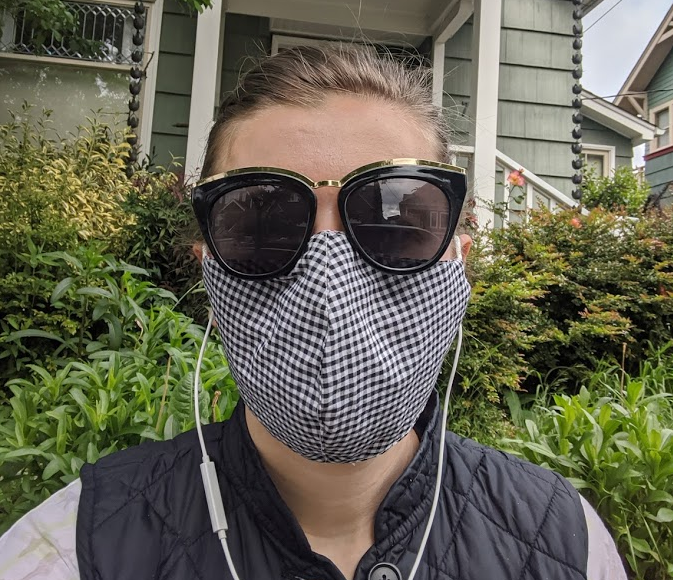 Me, literally every time I go out now.

He told me how he’d just flown back from Texas yesterday (“I was visiting my mom.”) and how the flight attendant was “a black lady who wasn’t having anything to do with masks, either.” I remember reading that you shouldn’t include someone’s race or ethnicity in a story unless it’s pertinent to the plot. I wondered why he felt necessary to include that detail, if her resistance to wearing a mask was his watered down version of “I have a black friend.” I found myself thinking about the disproportionate number of people of color who die from this illness.

When I told him that my mom’s country of Italy has been decimated by Coronavirus, he said, “Well, don’t they have a large Chinese population?”

“Yes,” I said, confused. And? He didn’t reply, and it hits me, slower than it should. The President has been calling coronavirus the “Chinese virus”, an expression that stokes xenophobia and implies, somehow, that your whiteness can protect you from the disease. I wondered how many microaggressions I’d missed from our handyman over the years, how many things I hadn’t noticed, hadn’t needed to notice – because my own whiteness had allowed me to ignore them right up until my own well-being was at stake.

Privilege is a hell of a drug, I’ll you that much. Unsure of what to do, I walked out of the room, went upstairs and cried. 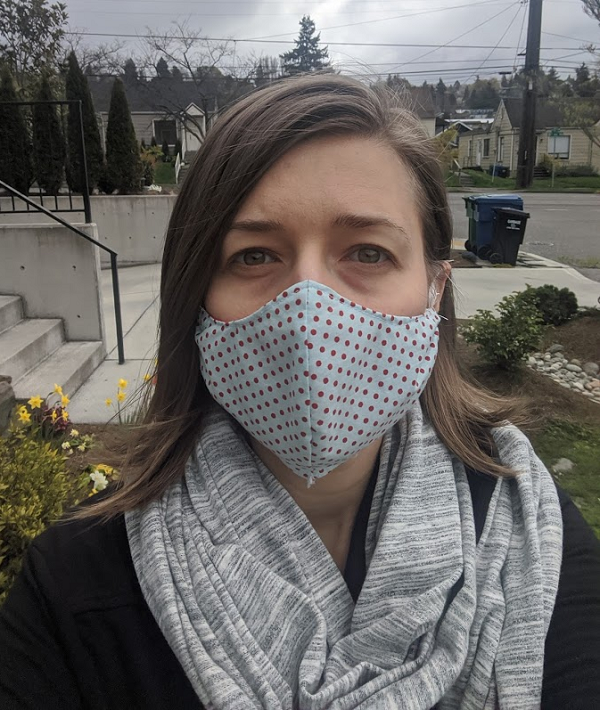 He shouted at me from the bottom of the stairs, that the sink wasn’t quite done – but he fixed it enough to last for the time being, and said I could call him again to finish the job when I wasn’t “too afraid to have people in the house.” I could hear his eyes rolling from the other room. I wanted to yell at him. I should have yelled at him. I should have screamed at him that Chinese people aren’t more likely to get Coronavirus than anyone else. That masks work. That he should have fucking told me before he barged into my house without one. That when I said we’d been socially isolating, I was trying to reassure him that my home was safe, but also stating my values: I believe in science.

And if he didn’t, he had an obligation to tell me that instead of just walking in.

Instead, I stammered. I broke down into tears.

The entire time, I’d been so concerned about his own comfort, but he hadn’t once worried about mine. I asked if he’d be comfortable coming to my house during a pandemic, assuming he was just as concerned about it as I was. I’d made plans to leave the house entirely. I’d sanitized all the surfaces he was going to come in contact with. He didn’t even send me a text telling me to leave the house because he couldn’t be bothered with a mask. 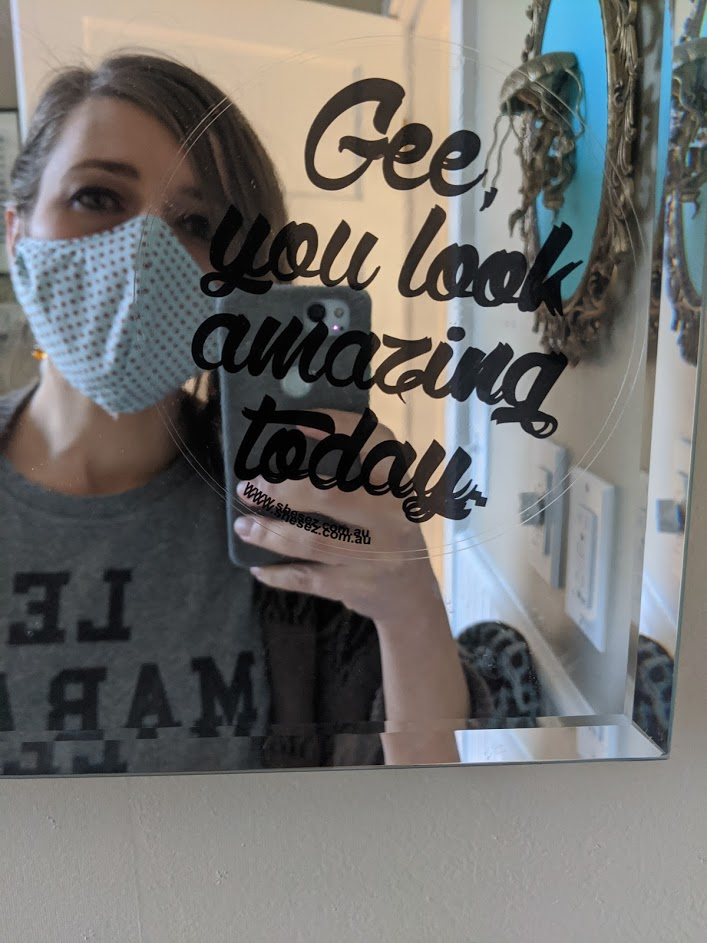 After he left, I spent three hours cleaning my kitchen, wiping down cabinets and handles with bleach, scrubbing the floors. Lady MacBeth if she listened to NPR so she could pretend she was woke, but was too afraid to speak up when it actually came down to it. Our cutlery drawer was left slightly ajar, and that was enough for me to empty the contents of it into the dishwasher. I even threw out the dishwashing gloves that were sitting out when he arrived. I imagined him laughing at me. I didn’t care. I kept cleaning. 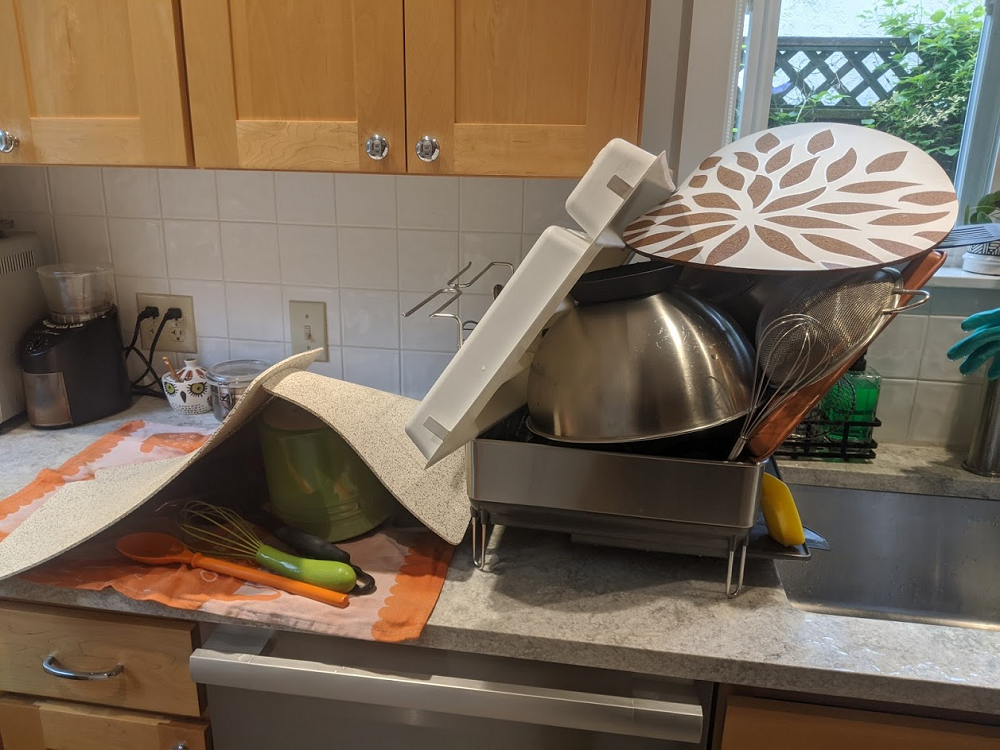 The dishes I did by hand.

Rand tells me that the CDC says it’s almost impossible to catch Coronavirus from surfaces. I nod. It’s not about that.

“He’s someone who always seemed to care about other people’s safety,” Rand said, noting all the precautions he’d taken with his work in the past. “It’s so disappointing that he wouldn’t care in this instance.”

But the President’s refusal to wear a mask has turned yet another public health issue into a political one. People try entering stores without them, claiming that masks are an infringement of their freedoms. I watch viral videos of people coughing on essential workers when they are refused admission, and feel my blood pressure rise.

If 80% of people wore masks, we could essentially eliminate the spread of Coronavirus. 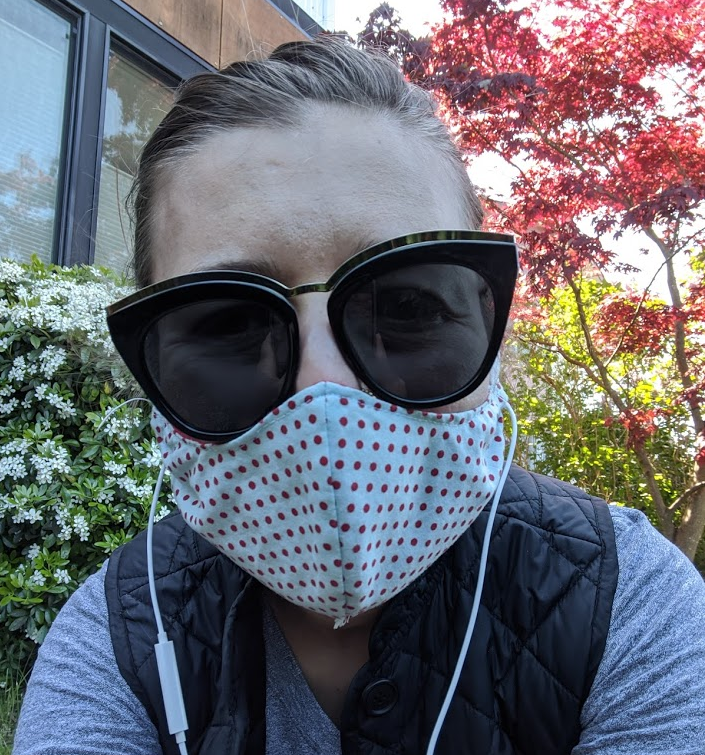 Some are going to argue that masks don’t keep you safe – and the thing is, they’re right. They don’t. Masks keep other people safe. They’re the ultimate act of empathy. They’re a kindness we do for others – like coughing into our elbows or not tweeting out movie spoilers even weeks after something’s been released. We do it because it makes the world a better place.

Refusing to wear a mask means that your own convenience is more important than anyone else’s life. And refusing to take a virus seriously because you think the only people who are dying are ones who don’t look like you …  well, that means you are a bigoted asshole.

I feel like this should be easy. Wear a mask. Don’t be racist. In short: care about other people.