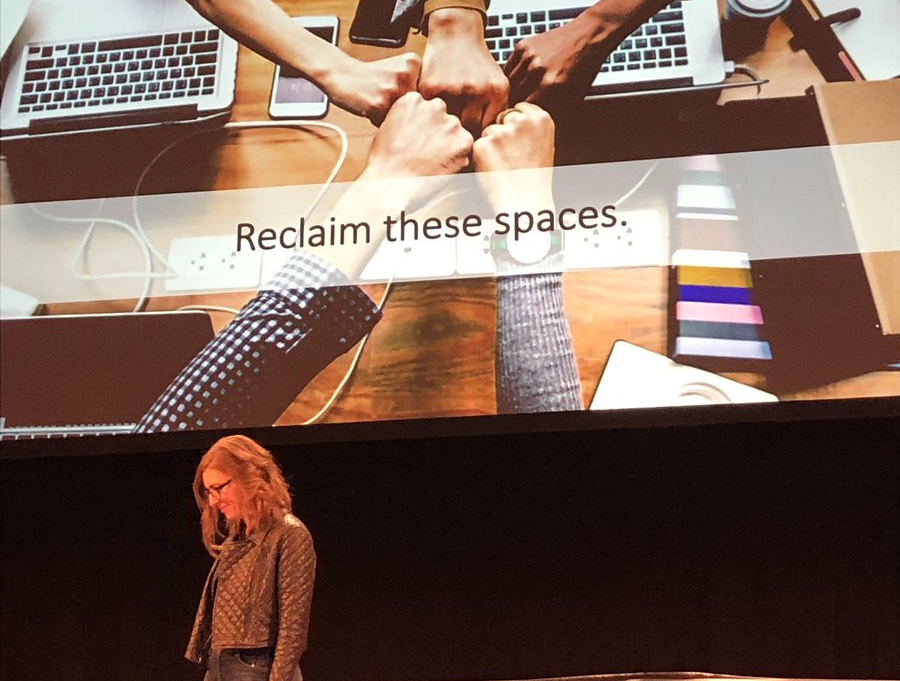 Posted in: Advice, Nothing to Do With Travel

(Pictured above: me during a far less neurotic presentation.)

I am standing in front of a crowd under blinding fluorescent lights. They appear to be listening to my every word.

And I am positively bombing.

The room is too bright, and I can see everyone’s faces, but I am absolutely unable to read their expressions. Are they bored? Disgusted? Concerned? Is it because the content I’m presenting is distressing, or because I’m just bad at this?

I am giving a presentation on online harassment. It’s one I have given before, but this time I am stumbling. I am jet-lagged and exhausted – the night before, I was so nervous that I’d somehow sleep through my start time, I kept waking up in a panic. It now feels like my brain can’t keep up with my slides.

It’s been a while since I’ve last given this talk, and I’ve changed a few things around, and now I can’t remember what I intended to say and where.

I have forgotten my glasses and can’t see the screen behind me, so I don’t know what slide I’m on. I am wearing a shirt that I’ve never wore before (bad idea) and it is stiff cotton. The room is too warm, and sweat has pooled in sticky little ovals underneath each of my armpits. For some reason, I feel the need to mention this fact to the crowd.

I have told them that I am profusely sweating and that I have forgotten my glasses and also that I am terribly jet lagged. It isn’t merely that I am bombing – it is that I can’t stop drawing attention to the fact that I am.

When it is over – an interminable 40 minutes later – people will line up with copies of my book for me to sign. My friend Rachel – one of the few familiar faces in the crowd, will hug me, ignoring my warning that I am a sweaty mess, and tell me how wonderful I was. Ashley, the organizer, is effusive in her support. My friend Laura will send me a text in all caps, screaming at me that I was wonderful (she was unable to make it in person and watched the presentation on the company’s internal livefeed, oh god, there was a livefeed). 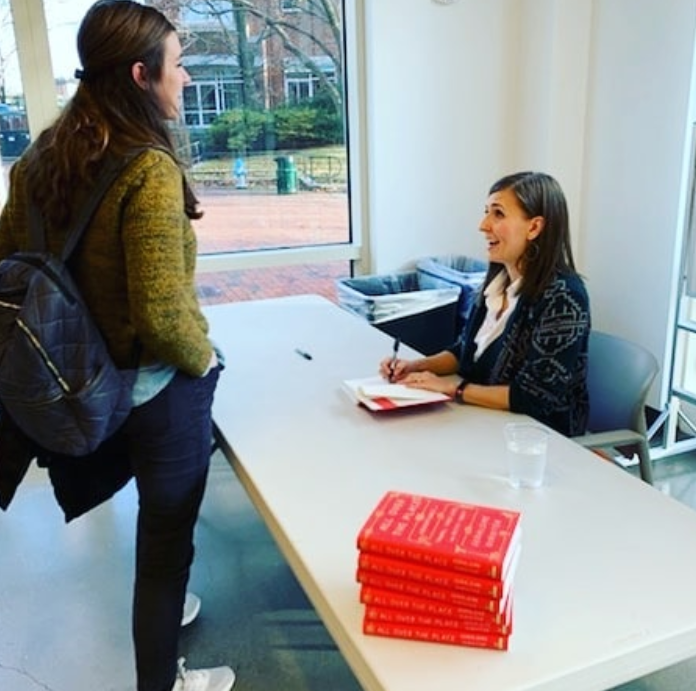 Me after the talk. Not visible: my sweat stains and crazy nerves and my forgotten glasses.

One woman will tell me how she’s followed my blog for years, and how wonderful it is to finally meet. Several people will take photos with me. I will make a crack about my armpits. People will laugh.

When it is all over, I am hit with the anxiety of having bombed. But also the realization that based on other people’s reactions, perhaps I wasn’t as terrible as I thought I was.

After dissecting my public speaking experiences for far too long, here’s what I’ve learned about what to do when you think you’ve absolutely tanked on stage:

It’s been a while since that fateful day last year that I felt like I completely screwed up on stage. I’ve winced a couple of times at the memory, and moved on. Just recently, I even pitched the company again about speaking at a conference they’re holding this summer. They said yes.

Oh, and if you want to see samples of me making a fool of myself on stage, you can find some on my About page.