I am on occasion asked for relationship advice. I often do not know how to reply. The list of things I could tell people is long and winding, may be entirely irrelevant, and varies from season to season and day to day.

In summer, I learn to appreciate freckles and to not mind when the heat is so intense that you can barely touch one another without hearing a sizzling sound. In the spring, I feel like making elaborate tarts might be essential to a good relationship (no, there is no photo, it was gone too soon, leaving only flakes of crust in the bottom of the pan like petals of cherry blossoms). But I can’t say definitively because there is no control group. I’ve never not made tarts in the spring. And now, after so many years, it’s too risky not to.

That is where I am now, making tarts, watching winter receding so quickly I am suspicious. Spring can’t be here, not yet. That’s not how it works. March isn’t supposed to be sunny in Seattle. The last day of winter is not supposed to reach 80 degrees. We left a bar in the middle of the night yesterday and I braced myself for a cold that wasn’t there.

But I am not convinced; Seattle has taught me that the seasons can be more fickle than even my earliest dalliances with love. I’ve watched snow come down in April, turned the heat on July, had to convince my friends that August “really isn’t always like this” while we huddled, shivering, under an awning to avoid a downpour. Spring might be here in this moment, as I watch the light change in my office. But it isn’t here for good.

And so what advice do I have for love during those stubborn, lingering days of winter? The ones that hang on, miserably, and are made even longer by a late setting sun?

Simply this: wrap your beloved in a big ass scarf. 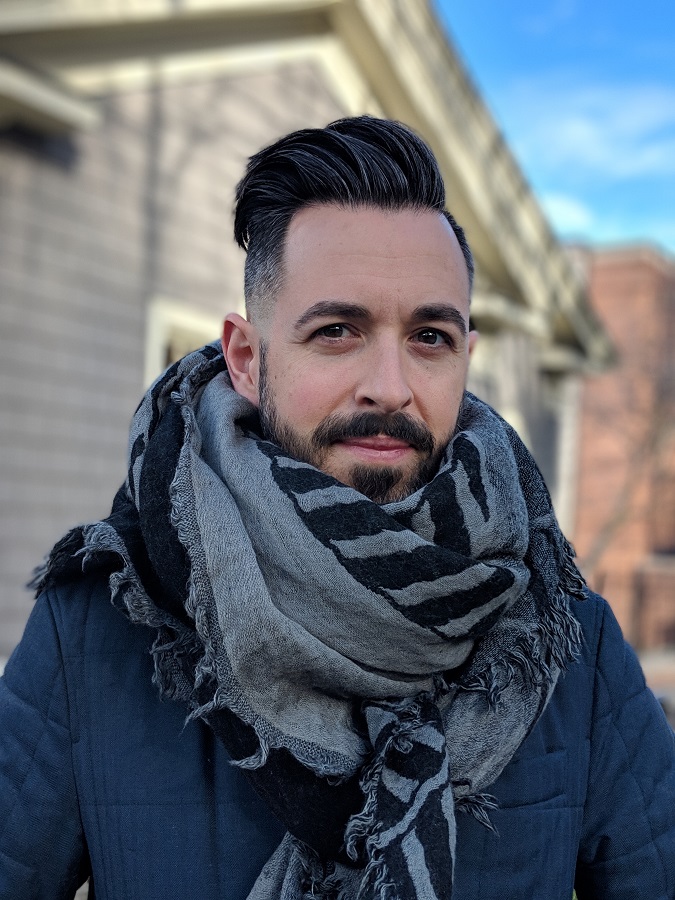 Now, you may already be in possession of a large scarf, but odds are, it is insufficient, because that scarf of yours still somewhat resembles a scarf. That is not what you want. You want a scarf that scarcely looks like a scarf. The sort of item that, when left draped over a couch could be mistaken for a throw blanket, or a cloak, or a circus tent. You want a scarf that forces people to redefine precisely what a scarf is. The kind of thing that makes people reference that meme with Lenny Kravitz wherein he is so enrobed in crocheted warmth that it defies the limits of space-time. 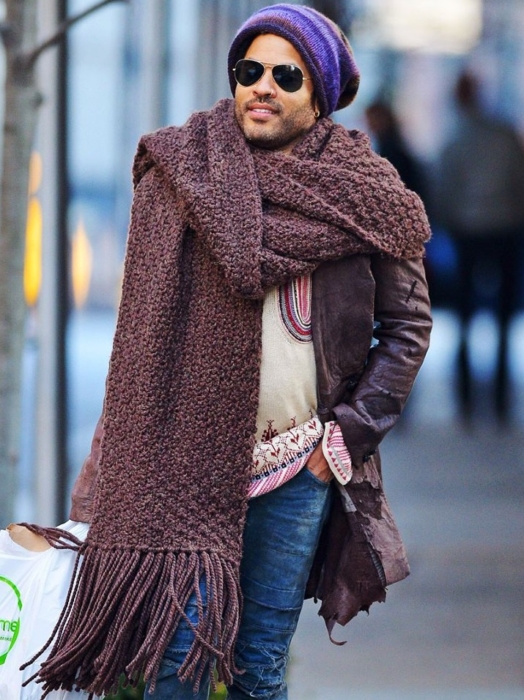 Now, odds are, this scarf will start out as yours. Because you are terrified of being cold, and you think ahead, and the idea of wrapping a duvet around your neck appeals to you. But your beloved has not scrutinized the weather report as closely as you have. And so you may find that the two of you have escaped for the weekend, down to the town in which you were married, and your beloved is freezing.

And you are not. Even without the expanse of fabric that has been wound and wound around your neck like you imagine Rapunzel sometimes bundled her hair around her when she had a cold, you are just fine. And so you offer your husband your wrap.

He is reluctant at first.

And then you offer it again.

And he says no again. And you respect his answer.

“This is amazing,” he whispers. He worries you are cold. You aren’t, but he holds you close anyway. He now radiates heat. The scarf makes his eyes twinkle. (Or maybe that’s unrelated.) 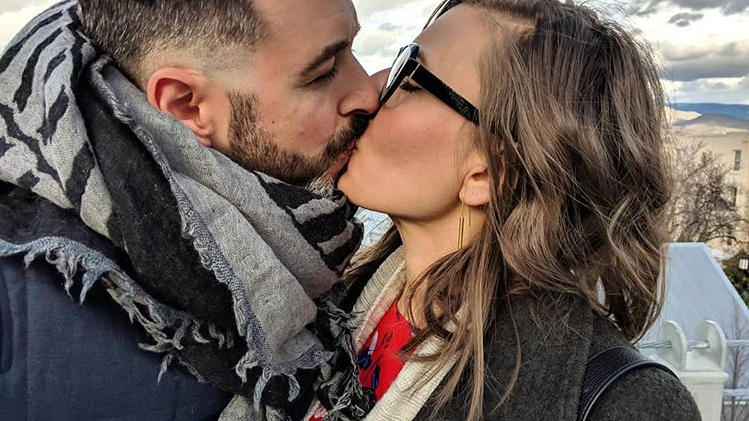 And so this is the advice I have for those last lingering days of winter: get yourself an enormous blanket of a scarf, and envelope your beloved in it. It will not make spring come any sooner. But it will take the chill out of the air.