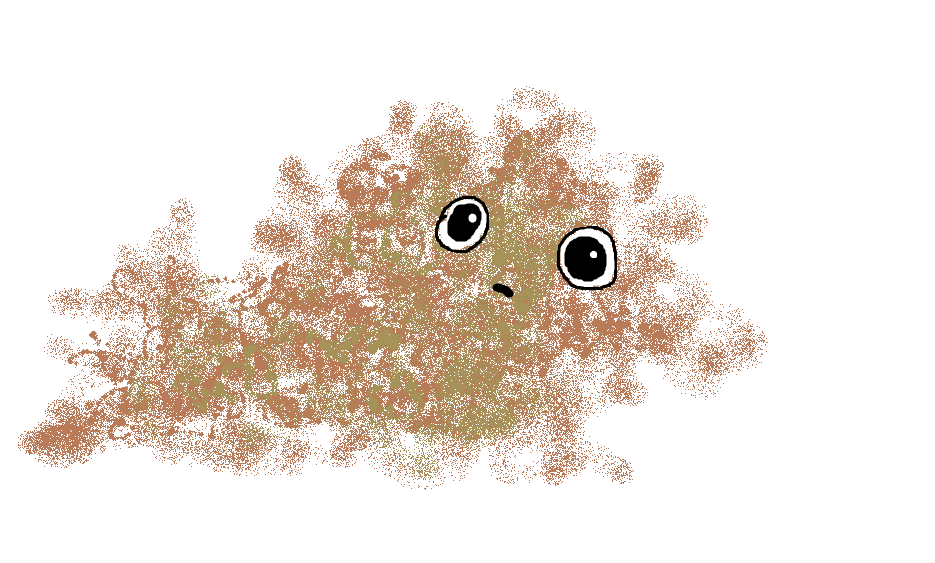 Posted in: Life at Home, Nothing to Do With Travel, Rants and Raves, Uncategorized

As you know, Rand and I are social creatures. We thrive on seeing the people we love, on following the winding paths of your lives, on quietly building a history of private jokes and shared experiences together. We aren’t simply growing old with each other, we are growing old with all of you, and this brings my heart a sort of levity that I can scarcely describe. The closest I can come to is this: imagine a nest of baby squirrels inside your chest. It’s both squirmy and warm.

I am entirely okay with all of that.

What I am not okay with, my dear friends, is that one of you left poo on my toilet seat.

The events of which I speak, events which still have no name (because those of you who have read my book know that “apoohcalypse” is already taken), transpired a few weeks ago, but in the narrative of my life, when they occurred is meaningless. They are so burned into my memory that they have always existed, and will always exist. I can’t remember a time before them. It is as though they have always been with me. The first creature emerged from the primordial goo and stepped foot onto the earth and pooed on my toilet seat. That is the history of the universe.

But even eternal stories have a genesis, and this one occurred late one evening, after my guests had gone home, and I was tidying up. The toilet seat in the downstairs bathroom had been left up (a strange sight in our home, but alas, all our guests happened to be male on that evening) and I gently lowered it. And then I gasped like a blonde in a Hitchcock film. There it was. 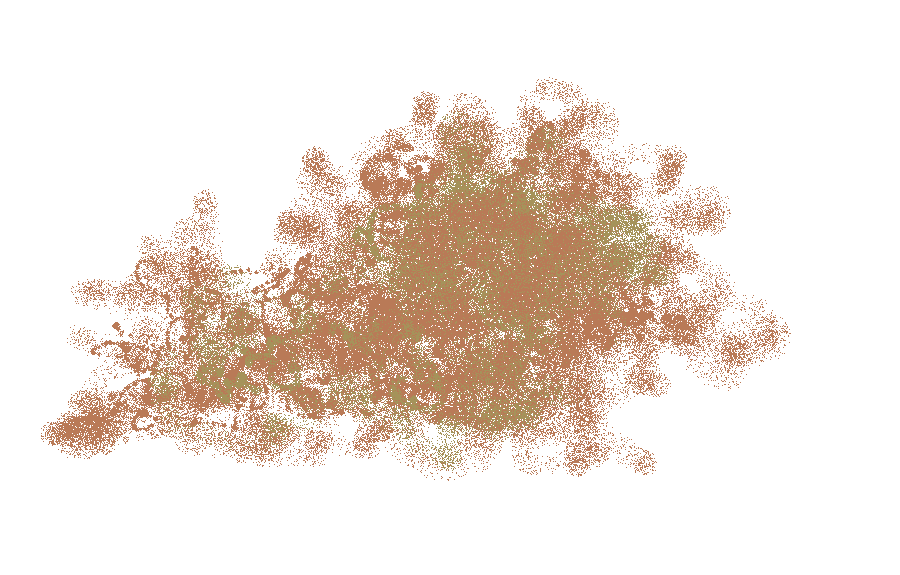 Naturally, I announced my findings at full volume to my husband.

“SOMEONE LEFT POO ON THE TOILET SEAT.”

After 17 long years together, my beloved is accustomed to me screaming about bodily fluids and so his reply was calm and measured.

“There is often poo on toilet seats, my love. It was probably an accident.”

He had not seen the carnage, and so he was untroubled, his voice so tranquil, that for a brief moment I assumed everything was fine, too. (This is the power that men have – to take an absolute egregious situation of which they know nothing, and make it seem completely acceptable.)

This poo was fine. This poo was normal. And so I would clean up this very normal situation.

I put on a pair of rubber gloves and grabbed the bottle of Chlorox that I keep under the sink and I polished that toilet until it sparkled and my nostrils singed, until Lady MacBeth herself would have taken my hands and whispered, “Enough, dearest, enough. It’s clean.”

That much chlorine late at night in a non-ventilated space can do things to a person. 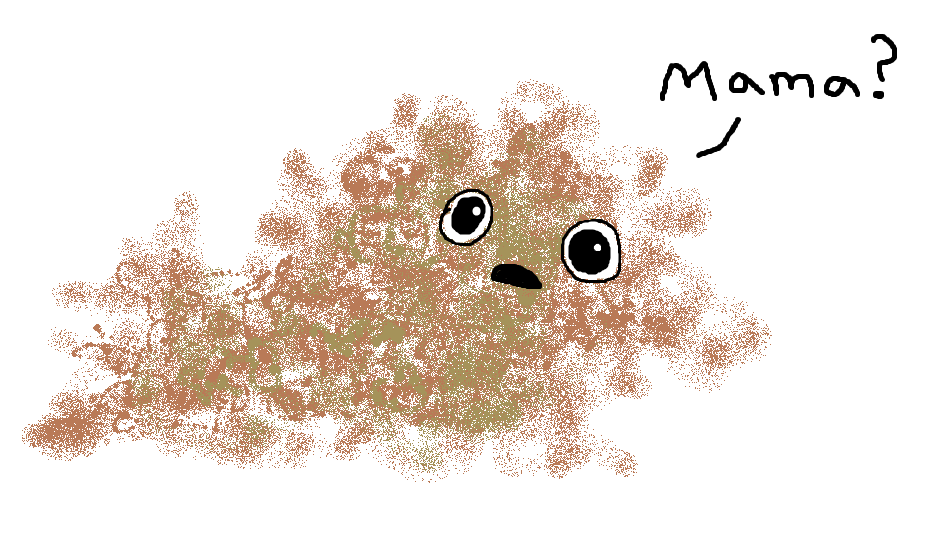 Husband: You’ve been at your computer for hours. Are you working on something important?
Me: … yes. 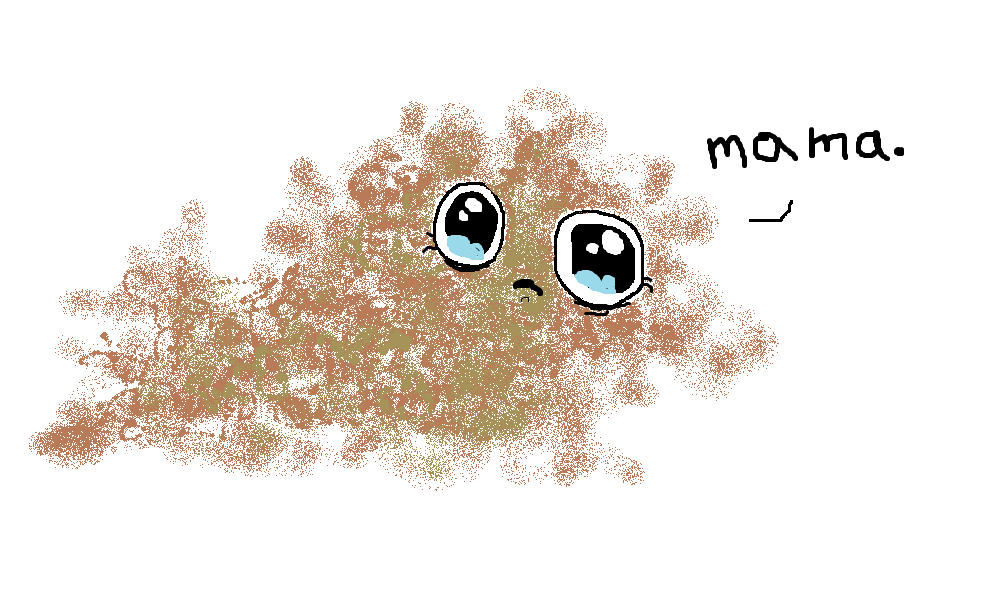 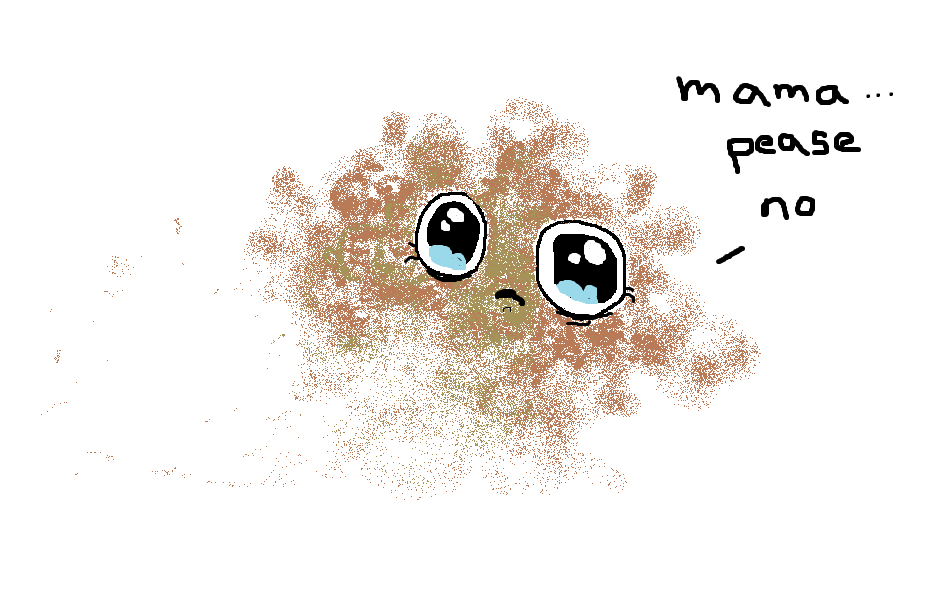 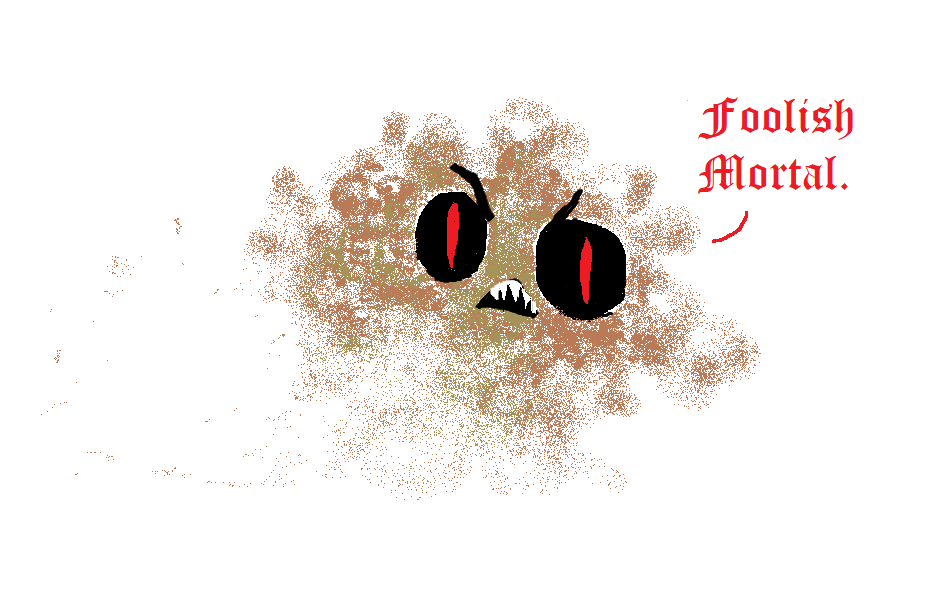 And it was only after I had eradicated all evidence of what had happened that I realized my initial rage and shock were not misplaced.

I explained this to Rand, watching as his face moved from confusion to understanding to utter disgust.

“It was like the smudge that one would find on a Catholic’s head on Ash Wednesday. Subtle but unmistakable.” 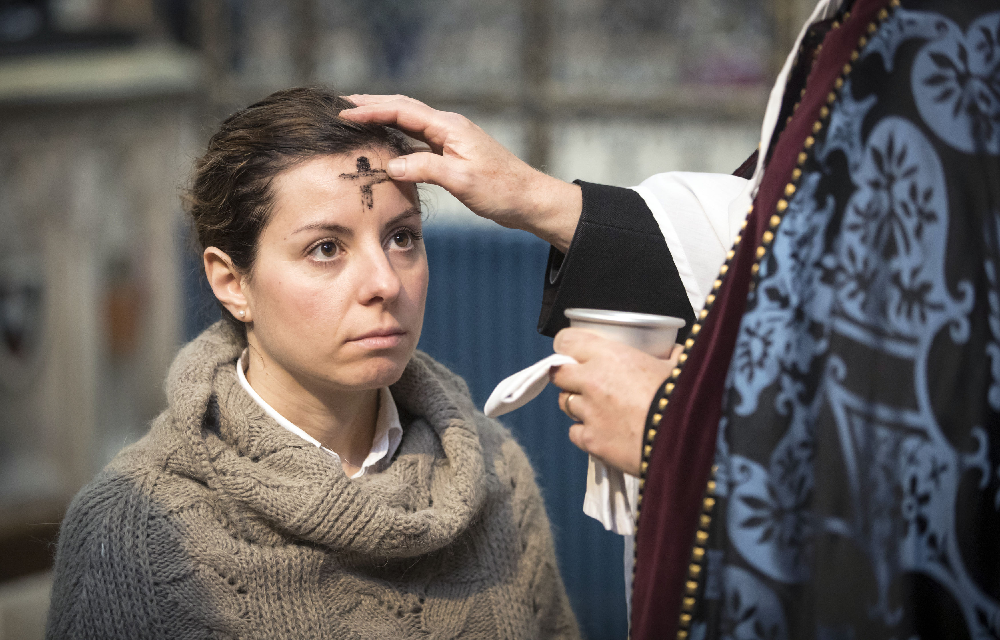 My husband is Jewish, and so this reference was mostly lost on him, but he quietly nodded and offered to clean it up.

“The deed is already done,” I explained.

“So I am. I don’t know who it was, but I can never look at any of them the same way again.”

I have scrutinized this scenario, imagining the many ways in which that could have occurred. I have sat on that toilet seat (after attacking it with Chlorox again. Out damn poo, out) and tried to recreate the events of that night. Not only was I unable to replicate the results, I failed to understand how, once smeared, the poo went unseen. Presumably it was as visible when it was fresh as when I saw it. Feces does not develop slowly before our eyes, like some sort of bacteria-ridden Polaroid.

The question was, how many people had seen and ignored it? Until I lowered the toilet seat, I had no awareness of its existence. It was both there and it wasn’t at precisely the same moment. It was Shrodinger’s crap.

I went over the facts with a friend, who noted that there was very likely a second person who also played a role in Poopseatgate (I came up with a name). We can – if we are generous – allow for the possibility that the person who smeared the poo did so accidentally, and left the bathroom entirely unaware of what they had done. At least, we hope so. We assume that most grown adults, once aware that they’ve left feces somewhere, will take some measures to clean it up. We can fault this individual (Person 1) with being an inattentive wiper (“Or a poorly angled pooper.” – Rand), but not with willfully leaving poo on my toilet seat.

At least, that is what we hope.

That leaves us with Person 2. Presumably, they entered the bathroom after Person 1, and saw the poo on the seat. Rather than do anything about it, or gently call for the person who had occupied the bathroom before them, or bring it to my or Rand’s attention, or flee from the house weeping (all acceptable behaviors that I would have considered in their position), they instead lifted the seat, peed, and went on their merry way.

This person is a unequivocal monster.

Sometime later, I brought the events of that night up with a group of friends and one of them said, in an attempt at camaraderie, “You know, one of the kids smeared crap on the wall of one of our bathrooms the other day.”

The poo smearing that occurred in your home was perpetrated by your child. But whoever left poo in my bathroom to harden like unholy spackle was not a child. It was a grown ass-adult. I should not be cleaning up grown-ass adult shit that is not my own. Because make no mistake – it is me, and not Rand, who does that. I get paid way less than him on an hourly basis. That does not mean that my time is less valuable to me. That does not mean that this is how I enjoy spending it.

If I complain to you about adult poo, DO NOT TELL ME ABOUT YOUR CHILDREN’S POO. Because if you draw that parallel, you better fucking believe that I will treat you exactly like a child.

I will point to the bathroom, screaming, demand to know who did this, and take away all computer and phone rights until someone cleans. that. literal. shit. up. And just in case there is any confusion about this for next time, I have left notes. 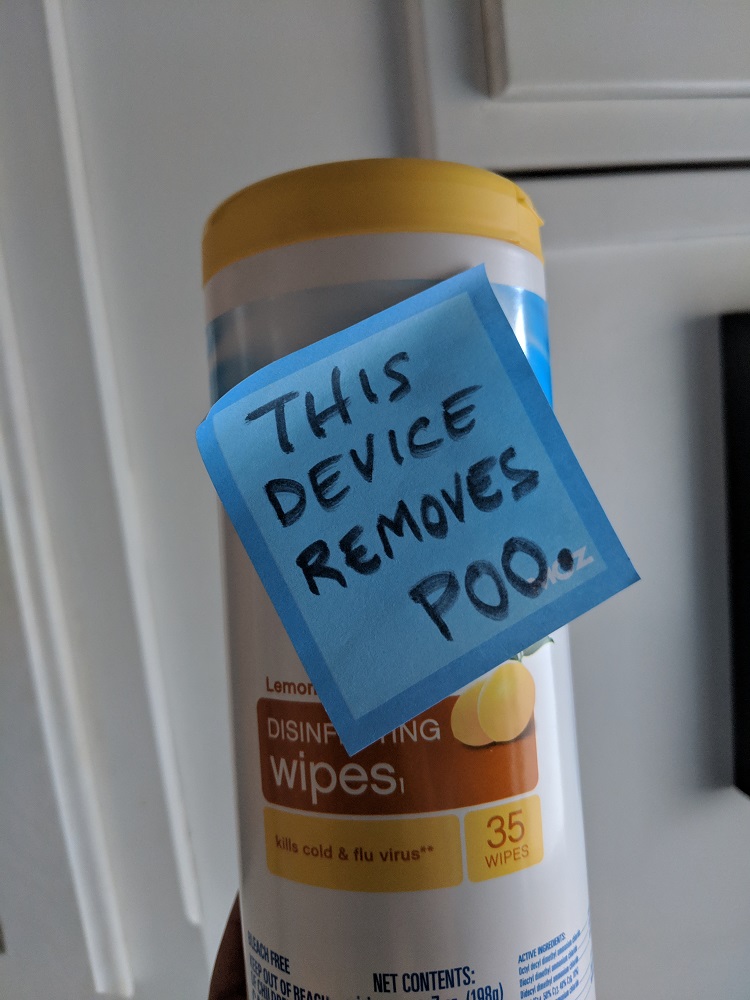 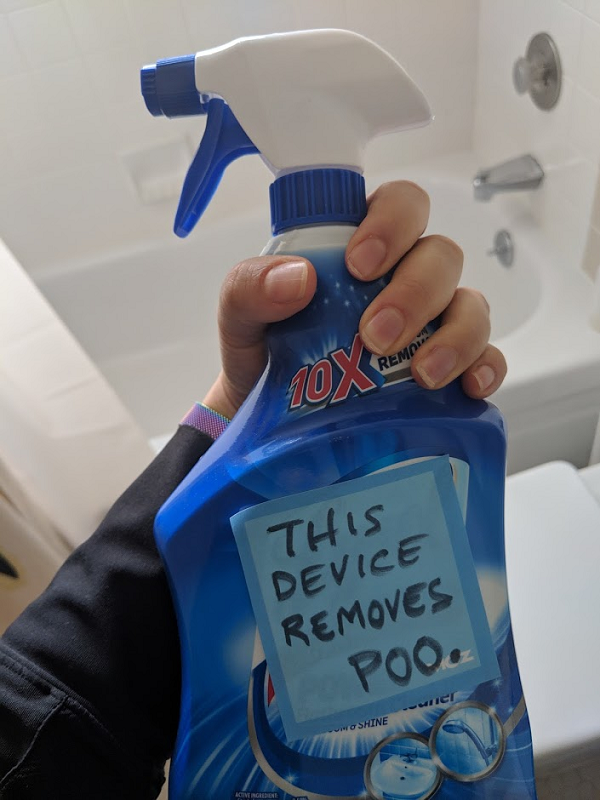 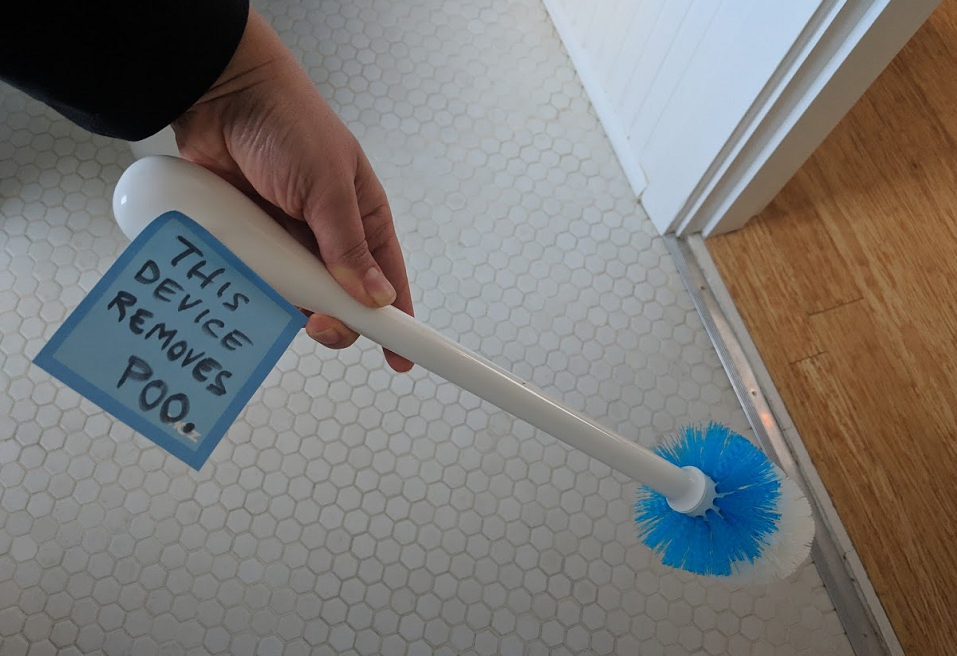 And just in case we need a refresher on this part: 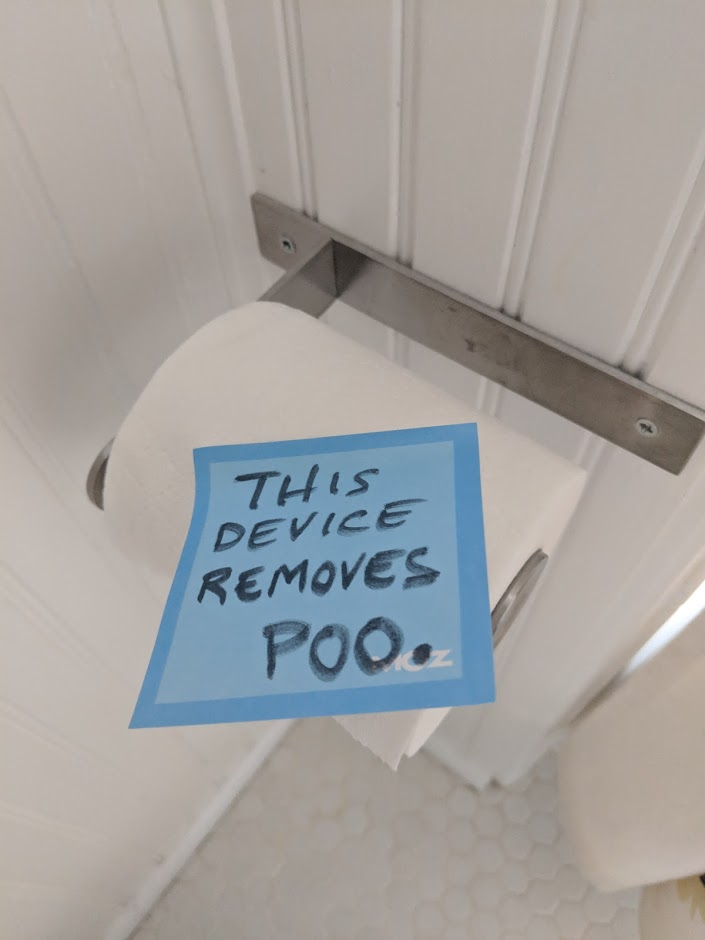 I mean, it doesn’t, not really. You need a bidet for that. But it’s a start.

Here is a small list of appropriate responses which may be used individually or all together:

“Oh, Geraldine, that sounds awful. We will endeavor to be more careful.”

“Thank you so much for cleaning up after us – we really do appreciate it.”

“It was probably me, because I’m a big smelly jerk. I’m very, very sorry.”

Dear friends, I work hard to make that bathroom pristine, not just for me and Rand, but for you. Every time I know you are coming over, I bleach that fucker. I scrub the floors. Like, I literally get down on my hands and knees and scrub the floors. I do this gladly, yes. But make no mistake: it takes and effort. 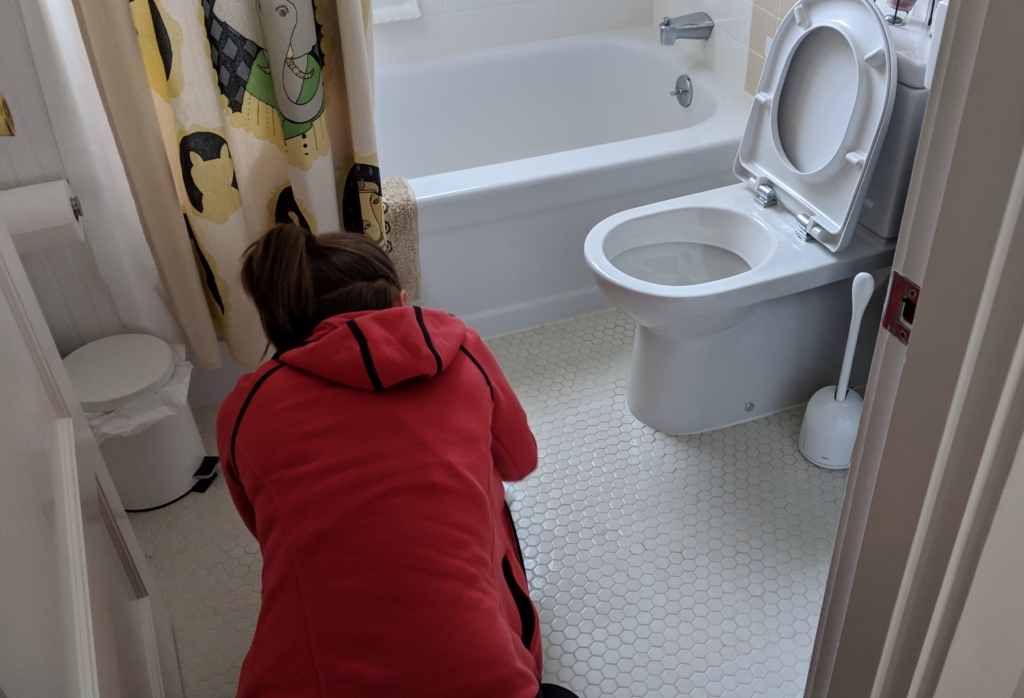 I don’t do this because I expect any accolades. I do it because I want you to be comfortable in my home. If you need to use the bathroom, I want you to, and I want it to be a glorious expanse of porcelain that smells like bleach when you walk in. I understand that it may get a little messy. That’s fine – I will gladly take care of a little mess in exchange for having you in my home. But please understand that when you leave poo on the seat? You also leave it on our friendship.

Home, Life at Home, Nothing to Do With Travel, Poopseatgate