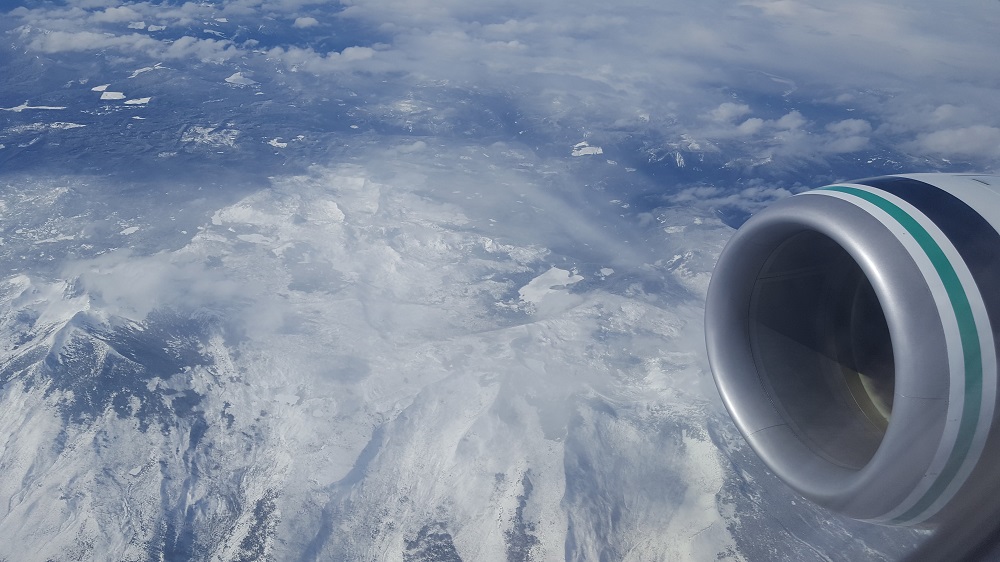 When I got home, I cried. Finally.

Rand hugged me, wore that same worried look he gets on his face when something goes wrong and he’s not there for it. For a long time I wondered what it was about me that meant the second I went on a trip on my own, things started to fall apart.

I figured it was something I was doing. But I’ve started to wonder if maybe I have that wrong. Maybe I have trouble when I travel without Rand for one very simple reason: a woman on her own is treated differently. Maybe the reason I hate traveling by myself has nothing to do with the fact that I’m traveling by myself.

I did my best. I shrugged off the drunk guy who loudly proclaimed that I was hot, over and over again at the airport bar. I didn’t look at him when he started talking in detail about my appearance. He liked my shirt. He he had many feelings about my face. A few frantic laughs escaped my mouth. His friend told me to just ignore him, and, never directly looking at either of them, I did.

They eventually walked away. You can’t bring a bottle of water through security, but you can bring a drunk asshole.

Traveling on my way from Albuquerque to Los Angeles on that same trip, a TSA agent yelled at me to take off my jacket.

I was initially confused.

“I’m not wearing a jacket.”

“You mean my hoodie?”

It is a scary thing to go through airport security under normal circumstances. The power deferential is too big. To be screamed at that you need to take off your clothes – not your coat, or your shoes, or your belt, but your actual clothes – by a dude who won’t deign to look you in the eye adds a level of bullshit that I can’t quite articulate. I stood, arms crossed tightly over my chest. Another agent stared at me for a long while, and I contemplated picking my nose to get him to shift his gaze. This thought, as I stood wearing a glorified sports bra, almost made me laugh. It gave me hope of some control in a situation where you have none. 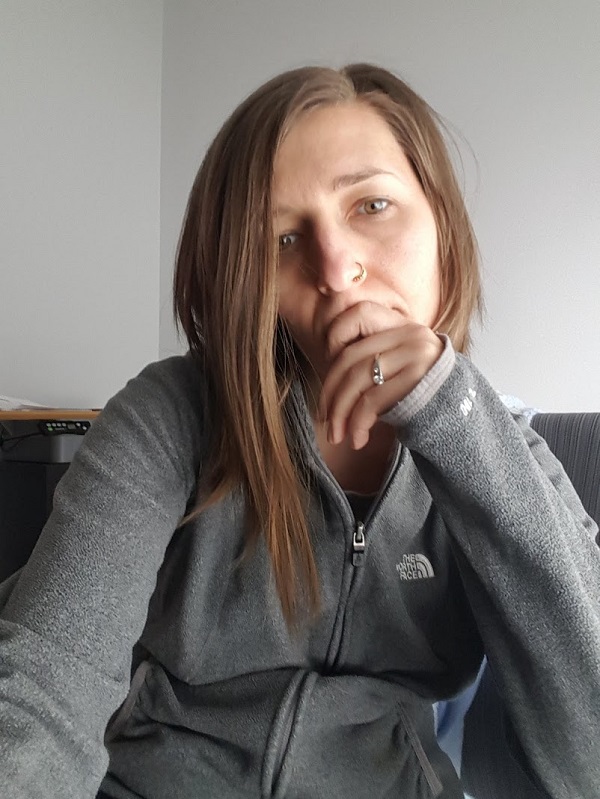 The offending hoodie. Not pictured: the teeny tiny camisole I had on underneath it.

Waiting for my pat-down (I won’t go through the body scanners. For those that feel that this equates to me consenting to take off my hoodie, it doesn’t. I have literally had hundreds of pat-downs. I’ve never had to do so in a camisole), I was tempted to ask the agent what would have happened if I was part of any number of religious groups that don’t allow for bare arms. In the end, I said nothing. I just wanted to catch my flight home; it was completely within this agent’s power to stop me from doing that.

“I’d have contacted the ACLU, and I’d have sued him,” a colleague in the travel world told me when I recounted the story to her. I wrinkled my brow. I don’t have the resources – not in time, finances, or emotion – to sue someone for making me take off my sweater. But unless you have those things, there isn’t much recourse. You stare straight ahead, you take off your hoodie, you cry afterwards.

“You are doing a disservice to people who can’t speak up, who don’t have your privilege or your platform,” she said. And she’s not wrong: those of us with privilege and a microphone have an obligation to speak up for those that don’t. But are we obligated to speak up for ourselves even when we don’t feel safe doing so? Or when speaking up can make the situation worse?

“I know you have comebacks. I know you can put these guys in their place,” Rand told me, as I fired off a scathing reply to a piece of hate mail I received for my cinnamon roll piece. “But I worry …”

He trails off there. I know the things he’s worried about. The hackers who got into my Twitter account. The ones who’ve tried to hack this site. The threats I’ve gotten via the blog or by email. For a travel blog.

A scathing response is likely to provoke more rage than no response at all. I press my forehead against my desk. Sometimes, I have no answer. I want tell the drunk guy in the airport bar that he should spend the next four hours trying to piss in his own mouth and show him a diagram I made that he might find helpful. I want to give the TSA agent in Albuquerque a lesson ON WHAT A JACKET IS. I want to tell the guy who sent me an email about how I cuss too much to go fuck himself until he passes out from dehydration.

I am not going to do any of that.

I am grateful for the paradigm shift that is now allowing women to speak out against this bullshit. But I’m also empathetic of women who don’t say anything out of fear of incurring more wrath. We can’t condemn people for being quiet about their harassment if it’s not safe for them to be anything but quiet about their harassment. The burden that we’ve place on the abused and the harassed to speak up is out of step with where we are as a society. Sometimes we are understandably frightened of what might happen to us and our loved ones. And sometimes we speak up, and absolutely nothing happens. There are no consequences for our abusers; there are only consequences for us. They remain in power. They continue to climb the ranks. And worse still: they now know we’re going to be a problem for them.

Being a woman and traveling on your own should not be a terrifying thing. But sometimes it is. The shit that happened on this trip was minor. It was every day stuff. I see women dealing with bigger issues on an everyday basis; hell, I’ve dealt with bigger issues. But even the things that “aren’t that big a deal” are shrouded with the worry that things could take a turn for the worst. So I never relax. I say this as a very, very privileged woman. I never fucking relax when I’m traveling alone.

“I want you to be okay when you’re on the road by yourself,” Rand says to me when I get home, and I nod. I want that, too. I know he feels guilty, because he was a thousand miles away and couldn’t do anything to help. And I want to tell him that I was right there, and I couldn’t do anything, either.