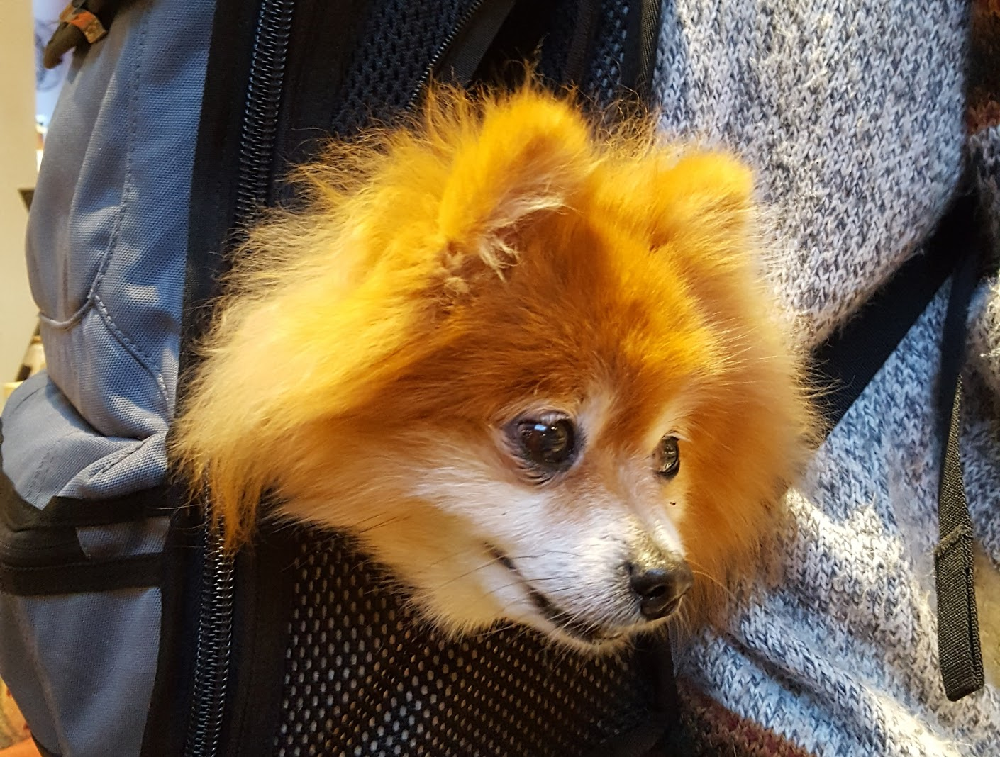 (Note: the adorable little guy pictured above is not the dog from the story. I bumped into him while shopping and thought he was a weird, furry keychain dangling from a guy’s bag at first.)

If you read the news in the last two days, you might have caught the story that is presently haunting me: a mother, traveling with her children on a United flight, paid extra to bring her French Bulldog in the cabin. After boarding, a member of the flight crew insisted she store the dog in the overhead compartment, where people put their suitcases. The dog whimpered and cried for a while, and then it stopped. When the flight landed, they found that the dog had died, likely from suffocation.

A lot of people are asking why the woman didn’t fight against the flight attendant more. This reaction is understandable, but also unfair. We’re angry that the dog died, and we’re used to feeling like flight crews don’t care about humans, much less dogs (and United has the worst track record when it comes to their treatment of animals). So we place the onus on the owner, who must have been crazy to allow that to happen.

I’m a travel writer (mostly). I’ve been on a lot of flights. I was on four last weekend alone. And I know how utterly terrifying and confusing it can be. Flying puts you in a position where you largely feel powerless. Just yesterday I wrote about how a TSA agent made me take off my sweatshirt – claiming it was a jacket – and go through security in a skimpy tanktop that I had no intention of anyone seeing. I wanted to speak up, but I also know that every time I’ve escalated a situation like that one, it hasn’t gone well for me.

I’ve noticed the similarities in comments on both my blog post and the news story about the dog. Yes, what happened was wrong, but why didn’t you stand up for yourself?

I’m not the first woman to hear this criticism, and I won’t be the last. But the assertion that we’re choosing to be victims is bullshit. No one chooses to be a victim. The truth is this: for a lot of us, speaking up makes a situation worse. Being on a plane is already a terrifying thing. If you disagree or upset flight staff, you could be accused of violating federal law. And the wording of the law is incredibly vague:

If you interfere with the duties or performance of a flight attendant, you can get up to 20 years in prison. There’s a good chance that you won’t be found guilty, but the wording is unclear and the risk is huge. And even if you aren’t charged with violating the law, a whole host of things could happen to you, including financial penalties, being removed from your flight, being added to the no-fly list, or (if applicable) deportation. And we don’t know what someone’s circumstances are; simply stepping off a flight because you are unhappy is the realm of the rich and the privileged.

Now, imagine: flying on a plane with your two children (one of whom is an infant) and not speaking the same language as the flight attendant. Imagine being told that even though you paid to carry your dog in the cabin, you have to put it in an overhead compartment. Some part of you has to be freaked out – you can’t fight with the flight attendant. There’s also some presumption that a trained professional who works for an airline wouldn’t advise you to do something that would kill your dog.

And remember, most airlines won’t put up with any dissent – even if you later comply. Alaska Airlines recently told me I couldn’t bring my smart bag on their flight (even though it’s not prohibited by the FAA and other airlines allow it). I fought them on the issue (which made the situation worse, I assure you) and eventually I agreed to throw out my bag. Alaska still threatened to not let me board after the bag was thrown away. I had to literally beg them to let me on.

And get this: after I ditched my bag (which they told me they were going to detonate along with unattended baggage), they put the bag on the flight after having checked it under someone else’s name. 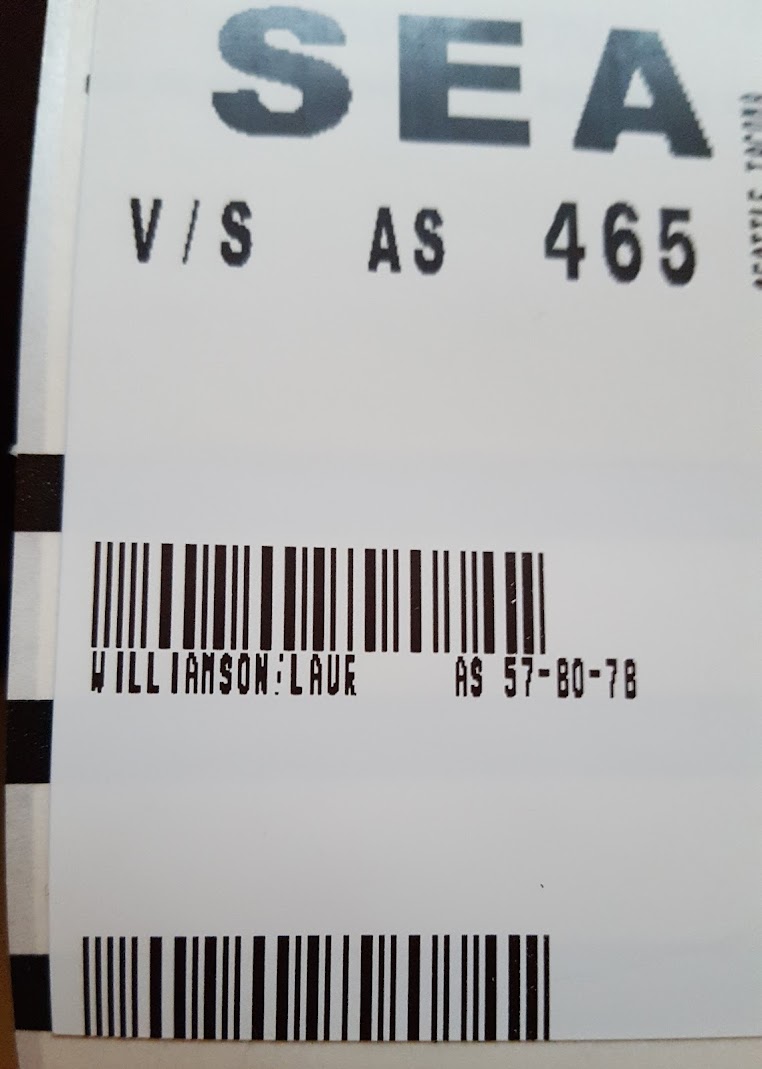 I don’t know who Lauren (?) Williamson is, but I’m fairly certain she’s another passenger and not an Alaska employee.

I have no doubt that being a flight attendant is harrowing work. And the power dynamic between passengers and crew has been intentionally skewed, because that’s how you maintain order among 300 smushed inside a flying metal canister. But if they are going to wield that kind of power over their customers, they need to do so with empathy and understanding and mindfulness. The issue here is not why this passenger didn’t fight for her dog’s life. The issue is why an airline would endanger that dog’s life in the first place.