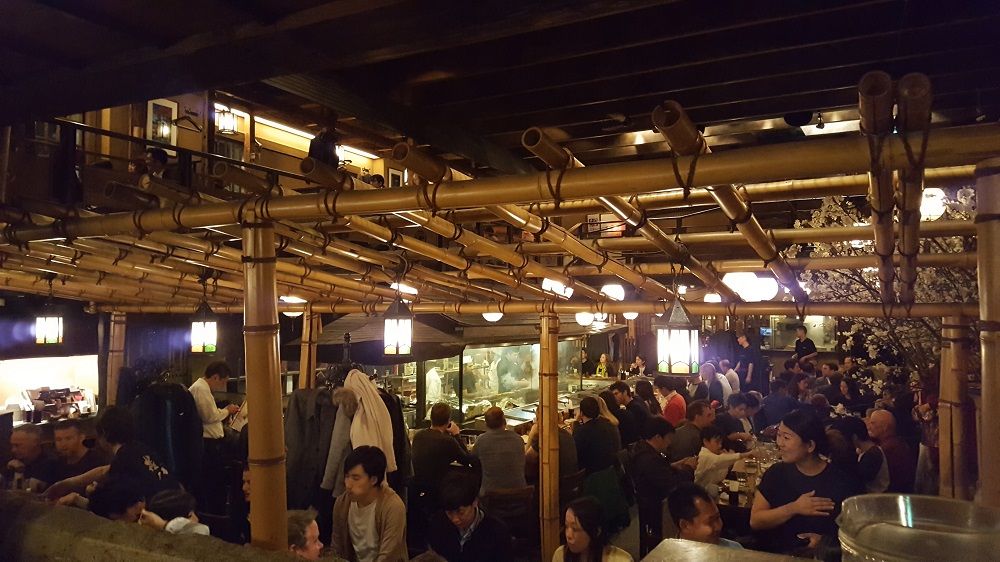 Posted in: Nothing to Do With Travel, Personal Essay, Random Musings

When I was 23, a few weeks after Kill Bill premiered, I dressed up as Uma Thurman’s character from the film for Halloween. In it, she wears a yellow jumpsuit that is itself an homage to Bruce Lee’s outfit in Game of Death. I searched for weeks for something similar, and finally found a pair of sweatpants and matching jacket in the perfect shade of yellow, affixing black electrical tape down the sides as trim. I even tracked down the Onitsuka Tiger sneakers she wore. It was a splurge that was well beyond my budget.

I did it anyway.

“I never, ever saw myself as even having an auxiliary part in an action movie,” Uma said in a 2003 interview with MTV. It’s 2018, and we’re still fighting for female-led action movies. Fifteen years ago, they were even scarcer. The 80s and 90s had given us female leads like Sigourney Weaver’s Ripley and Linda Hamilton’s Sarah Connor in the Alien and Terminator franchises. They were badasses, yes, and while I relished in this, their adversaries weren’t human, and they often had help from, well, guys. Until Kill Bill came along, there had been few examples of blockbusters where a woman fought on her own against human adversaries.

The premise was dark. Thurman played Beatrix (though we do not learn her name until the credits of sequel), a trained assassin who, finding herself pregnant with her boss’s child, tries to disappear and build new life. She ostensibly succeeds – acquiring new friends and a doting fiancé, who are ambushed and murdered on her wedding day (and she, heavily pregnant, is beaten brutally and left for dead). Over the next few years, she is raped repeatedly while she lies comatose in a hospital bed. She regains consciousness, and in her quest for revenge she is beaten, shot, stabbed, and entombed alive.

But she keeps going.

It was this that resonated with me, and not the character’s quest for vengeance, or its graphic, seemingly endless violence (one scene was so bloody that to get an R-rating it had to be filmed in black and white). In truth, I remember watching most of Kill Bill and its sequel with my hands over my eyes. It’s not that I am not inclined to confronting those who have wronged me – as my husband well knows – but I’ve always been better with words than a Hattori Hanzo.

For someone who was taught to accept that tragedies and violence were facts of life, Beatrix’s resilience made me feel safe. I loved that she gently spoke to her toes in a bid to get them moving after she awakened from her coma. I loved that her reaction, upon finding herself buried alive, was not to panic but instead to quietly destroy the tomb that held her, and then calmly walk to a nearby diner and ask for a glass of water. I love that she wept when she thought she’d lost her baby. I loved how she held her daughter as they watched television together, cuddled up on a bed.

She was a cold-hearted killer – make no mistake – but that’s what she was before everything she went through. Beatrix after her ordeal was not that different from Beatrix before. And that stuck with me: we might not be able to stop bad things from happening to us, but maybe, maybe, these things would not destroy us.

Let me be clear: the Kill Bill franchise was horrifying for me to watch at 23. Looking back, now that I’m 15 years older and hopefully wiser, it’s even more problematic. It’s not just the gratuitous violence, particularly against women; there’s serious racist undertones (which is a theme for Tarantino); a WoC is brutally murdered in front of her own daughter by the white protagonist; and even if someone is a gargantuan asshole, I’m just not sure how I feel about plucking out her remaining eye and leaving her in a trailer, blind, locked in with a venomous snake.

It was easy, though, fresh out of college and clueless, to get caught up in all of it. I regarded my hatred for blood and gore as a weakness, and I tried to work through it (thankfully, I failed). I could never find the film’s violence funny – despite everyone’s insistence that it was “cartoonish” gore – and in the end I latched on to the one thing about it that was redeemable – that at its center was a woman who, in spite of everything, survived. Now, reading what Thurman endured at the hands of Weinstein and Tarantino, both on set and off, the character she played all those years ago feels even more poignant.

We watched as a character was subjected to violence by people who were supposed to have cared for her, all for our entertainment. We didn’t realize how precisely reality was imitating art.

But I’ll never forget how I felt all those years ago, walking into a Halloween party flanked by my boyfriend and a tall, handsome couple we knew – all of them dressed as members of the Crazy 88, a violent gang that Beatrix defeats single-handedly. I was young, and in love, and in the company of friends. Invincible is not the right word for how I felt; I knew they couldn’t protect me from everything. I could be hurt. But I knew that afterwards, I would still get up again and again and again, and find that I was still me.

Essays, Feminism, Nothing to Do With Travel, Uma Thurman