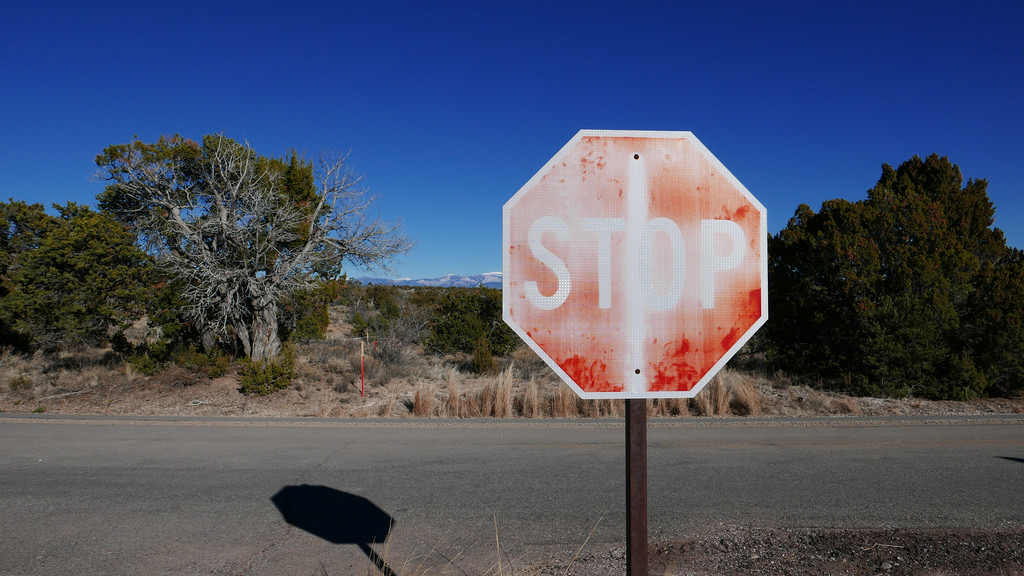 I haven’t written about babe.net’s story of a young woman’s evening with Aziz Ansari because I wasn’t sure what to say about it. I figured if I waited long enough, the issue would pass, and we could move on to other situations that are easier to assess. But the article has lingered in my mind, not just for the realness of it – of a graphic depiction of a night that felt wrong as it happened, and then worse in hindsight, a night that I and virtually everyone woman has experienced in some form or another – but because it doesn’t fit into a schema easily. It sticks around because we have no place to put it.

We end up packing it into the junk drawer of our psyche, and we encounter it every time we look for our keys.

The story, as told by a young woman identified only as Grace, does not make us comfortable. It does not offer us clarity. I’ve read it numerous times. There is simply not enough for me – or for anyone really – to make a definitive statement on what happened. I don’t want to speculate too much about that evening, or about Aziz Ansari’s nuanced understanding of harassment on Master of None, or even about that piece in The Atlantic (which, for the record, I thought was terrible).

So why am I bringing it up? Why even bother drawing more attention to a situation that is so damn nebulous and has been over-scrutinized by a bunch of people who weren’t there?

Because it’s such a familiar story. Not every shitty night we have is due to rape (though let’s be blunt: a fucking huge number are. Seriously, it’s pretty obvious that there’s a goddamn rape-edemic going on.) A lot of shitty nights we have are similar to Grace’s. There are a million different versions of it, but the tenor is always the same. You feel like your attempts to assert yourself are ignored, or laughed off, or shut down. You try to find solid footing but you can’t. This isn’t the night you had planned. But somehow it slipped away from you, or maybe you never had any control over it to begin with.

At some point, you go along with things because you realize that will be the easiest path for you.

These experiences aren’t easily classifiable – something doesn’t have to be assault for it to still be really shitty. Most of the things that happen to us as humans don’t fit binaries anyway – they can’t be categorized as black or white. These experiences fall into a grey area.

Grey is a difficult opponent – it’s like fighting vapor. It is, by its very nature, nebulous. It’s often only afterwards, when you are out of the grey, that the weight of it hits you. Of not only what happened, but what could have happened. Bad situations do not often become instantly bad. They do so slowly, and incrementally. That’s why being in a grey area is so scary – because it usually doesn’t get better, but it can often get worse. And there is a constant, unspoken worry that if you abruptly shut down grey, it will get worse even quicker.

Uncomfortable sexual encounters and assault are not the same, but oftentimes they both begin in the grey.

It’s impossible for me to read Grace’s account of the night and not, in some sense, be there. I still remember what it’s like to tell a guy I wasn’t ready to sleep with him and have the response be “Of course you are.” (Aside to that guy: fuuuuuuuuck you.) Repeatedly asking a woman where she wants you to fuck her does not allow for a reality in which she doesn’t want to fuck you. If a woman tries to deflect your non-stop advances with a vague promise of sex on a second date, and then you pour her a glass of wine and you say that constitutes a second date, you are ignoring a boundary she has set. When she says she wants to slow down and you gesture to your penis in a bid for a blowjob, you aren’t listening.

None of this is against the law. But it should be obvious that it’s still a shitty thing to do. And that’s why we need to have these conversations, uncomfortable as they are. Because we need to clear up the grey. We need to stop thinking that only bad guys and monsters are the ones who do shitty things to women, because then the good guys will never reflect on their own actions.

Consent is not a battle. It should not require convincing or bargaining or an extra bottle of wine. It is a conversation. And when one partner is so uncomfortable that they are mumbling answers, that makes for really shitty conversation. The whole point of sex that it be fun for everyone involved. I don’t know what the name is for giving a guy a blow job because after a couple of hours he fucking wore me down but “fun” is not the word that comes to mind. You can check off all the boxes to make sure something is consensual but that doesn’t mean you aren’t being a shit. I know that sounds complicated, but it shouldn’t be. And part of the way we clear this up is by talking about it.

“Don’t rape” and “Make sure sex is consensual” is Sex 101. Make sure that everyone is comfortable and that you aren’t being a pressuring jerk is, like, Sex 225. It’s a little more complicated. But not much.

It’s fucking exhausting to have someone push your boundaries, to tell them no, and have them continue to press you again and again, not knowing what it might turn into. And while “wearing a girl down” has historically been somehow socially acceptable and even a best-practice for dating (see Andi Ziegler’s amazing thread on the predatory plots of teen comedies from the 70s and 80s) it fucking shouldn’t be.

Because these experiences are so hard to classify, there are few narratives that we can embrace to help us make sense of them. We are simultaneously told that what we experienced wasn’t assault, that we need to be more assertive in saying no (even when no questions were explicitly asked of us), that we are shifting focus away from true victims.

I’ve told myself these things about my own experiences, while at the same time realizing how unfair that is. One of humankind’s best qualities is an ability to understand nuance. We are smart; we can multitask. We can acknowledge rape and what happened to Grace are two radically different things, but that each is a chapter in a never-ending book entitled Shit Women Have Dealt With Since the Beginning of Time.

And we can think about all of these things at once, because that’s what women have to do. We can hail Aly Raisman as the goddamn powerhouse she is, we can be infuriated over what she and literally hundreds of other athletes went through at the hands of a serial sex offender, we can be fucking livid that no one listened to them. We can shout from rooftops that one of the most egregious sex abuse stories in sports history is not getting the attention it deserves. And we can also listen to Grace’s story, and have some valuable conversations as a result.

Empathy should not be a scarcity. Acknowledging one woman’s bad night does not stop us from feeling rage for the experiences of millions of other women. Being upset about boundary-crossing does not stop us from being incensed about rape (and it certainly doesn’t mean that we’ve confused the two.) The #MeToo movement isn’t a competition of who has dealt with the most shit; it is an acknowledgement of the shit we all deal with, in all its multitudes.

Grace’s story is one that we all have. It’s profoundly uncomfortable because of its ambiguity. And that’s precisely why we need to talk about it.