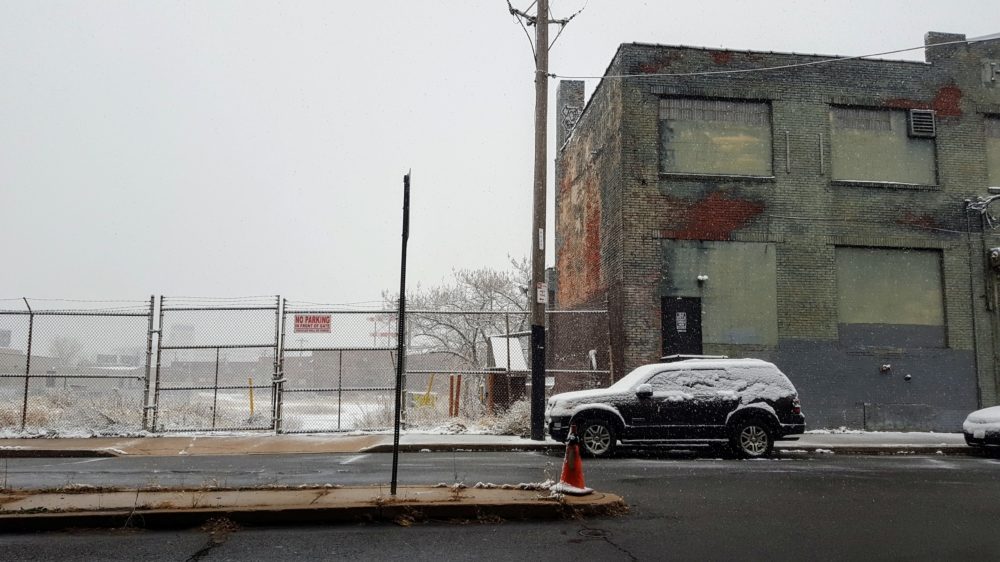 Our friends insist they are not romantics. When they were married in Philadelphia half a decade ago, an unexpected storm had shut down the city. No one showed up to open the church that day so they were married in the snowy lot outside, the drift coming up to their knees.

They celebrate their anniversary on the first snowfall of the season not because they are romantics, they insist, but because they are bad with dates. The result is that they never quite know when it will be. When the snow starts to fall, they make a reservation, they uncork a bottle.

They insist they aren’t romantics, but when they tell us this, I swoon.

This year, we were in Philadelphia for the first snowfall of the season. We are from the Pacific Northwest; any precipitation that isn’t rain is always a bit of a novelty. 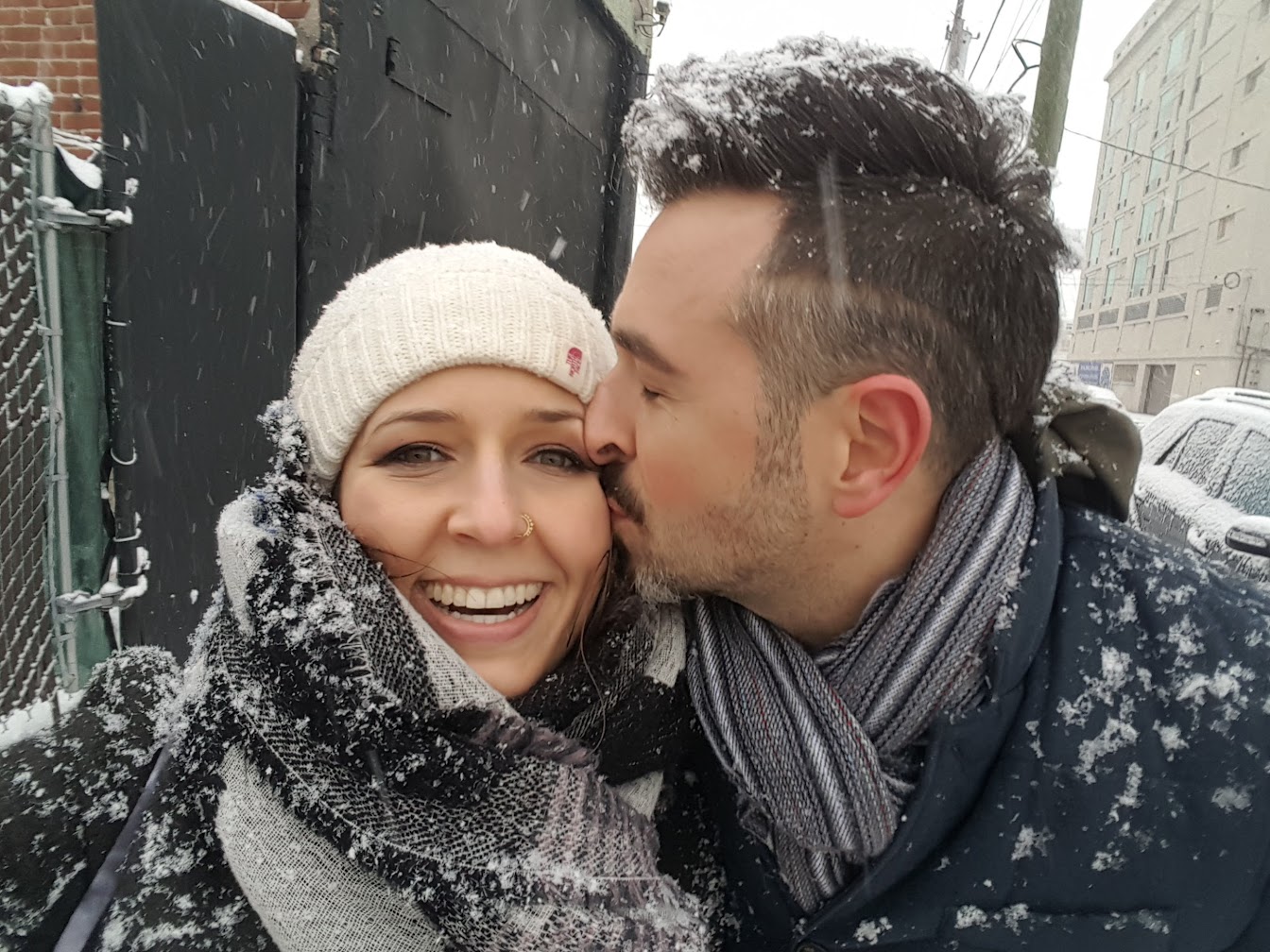 We walked through Philadelphia in the snow.

And I noticed how it stuck to his hair and his eyebrows. 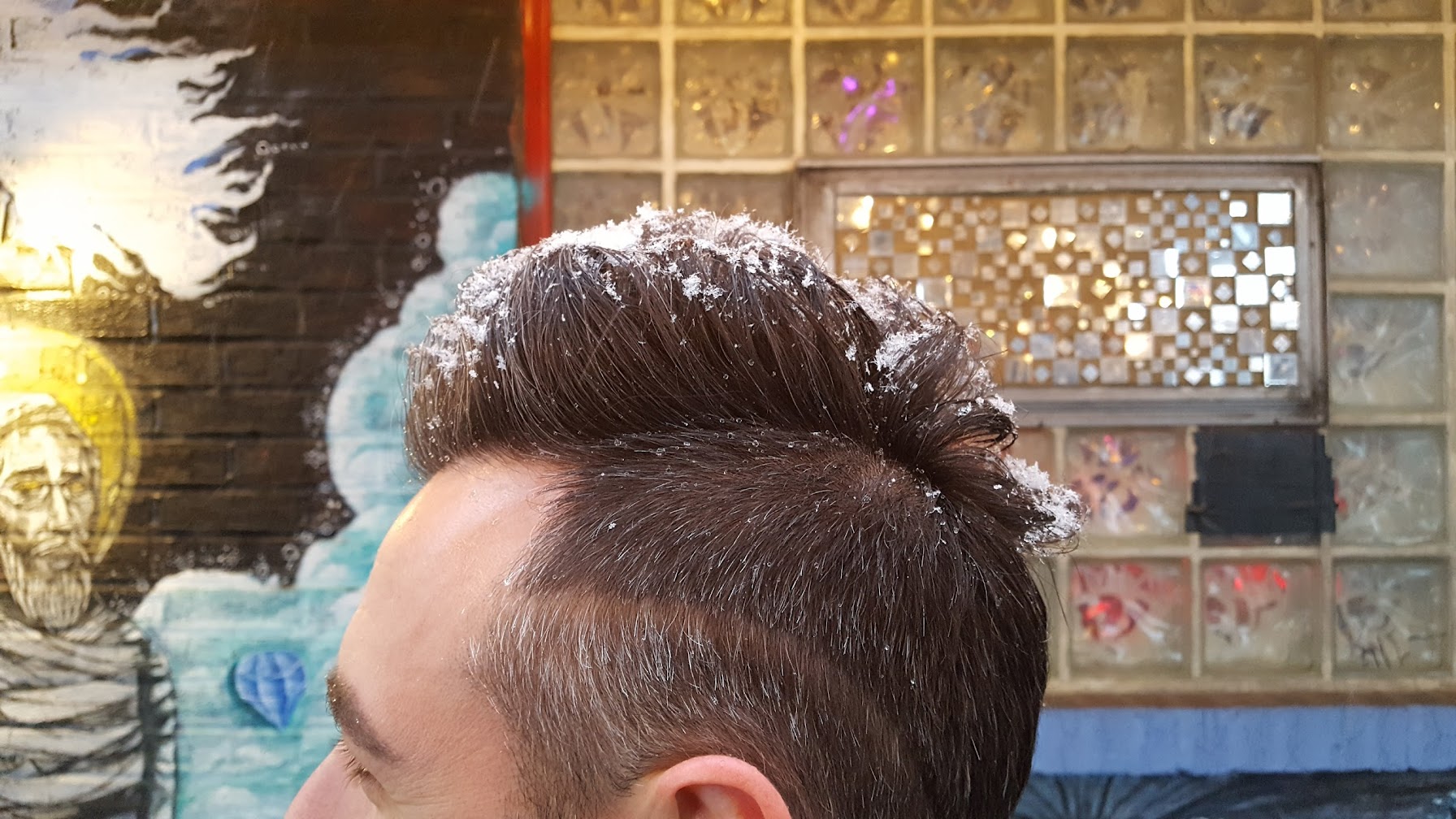 And how the city looked like a model train set. 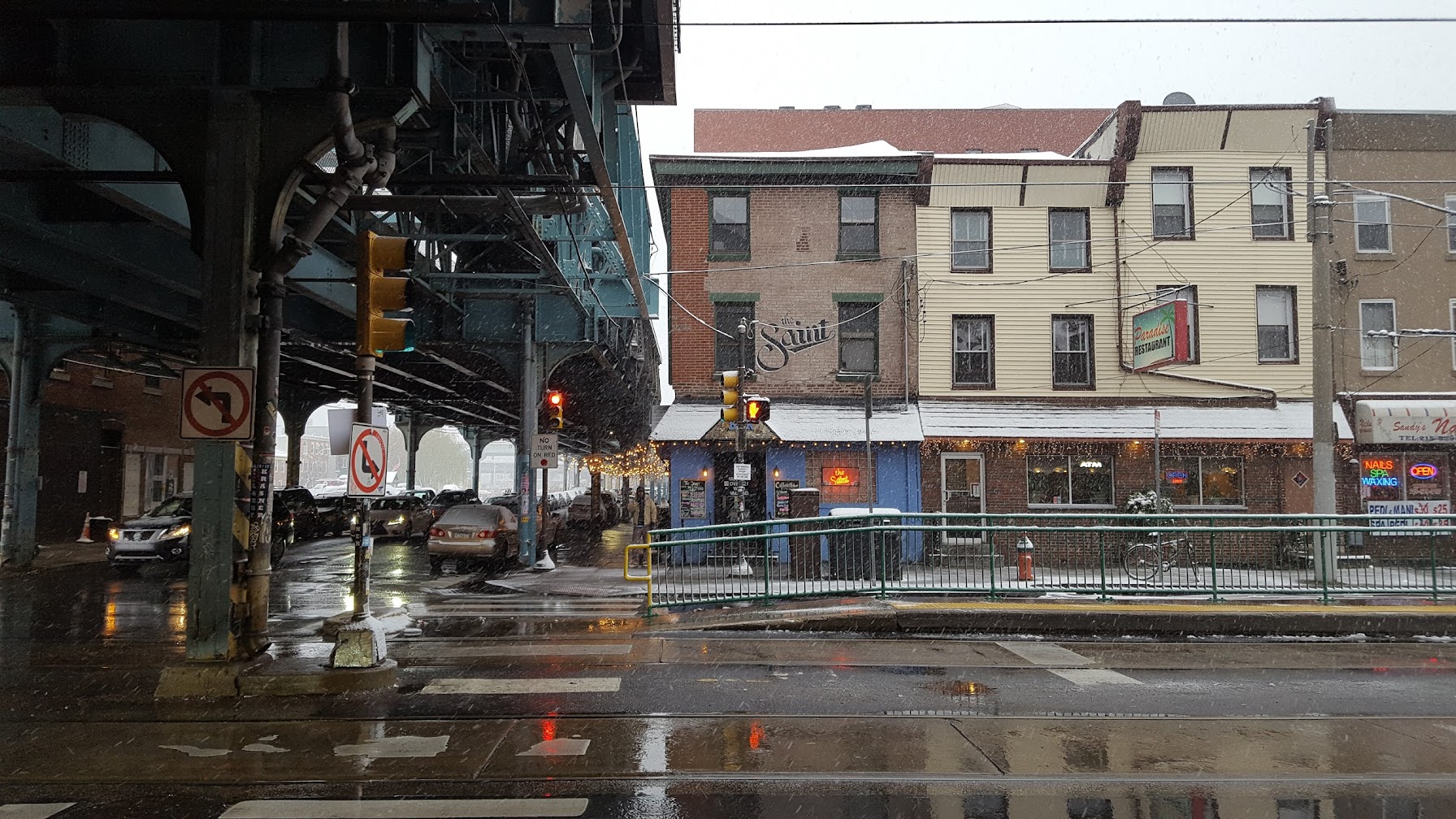 It never got dark. Deep lavender is the best that a night sky can achieve when there’s snow on the ground. This rebellion against darkness has always been my absolute favorite part of any snow day. Like the earth is defying its own bedtime. 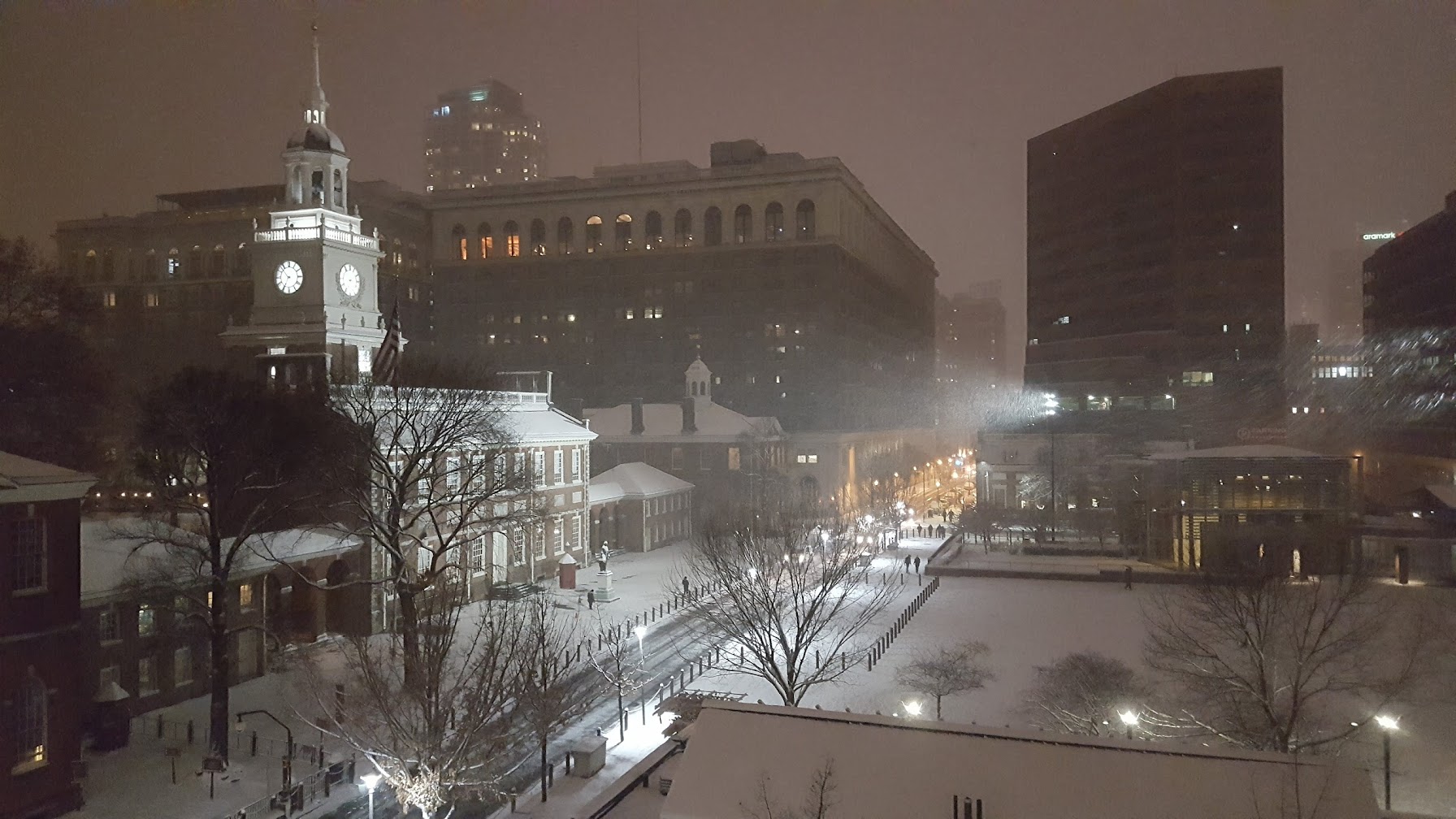 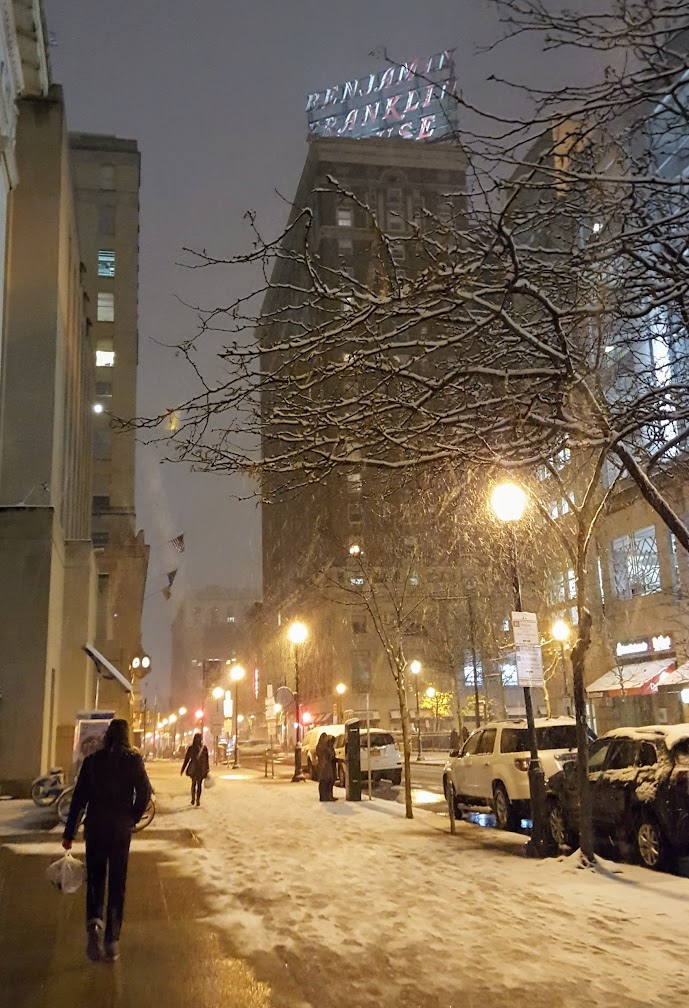 We wished our friends a happy anniversary as they insisted that they were not romantics. We nodded.