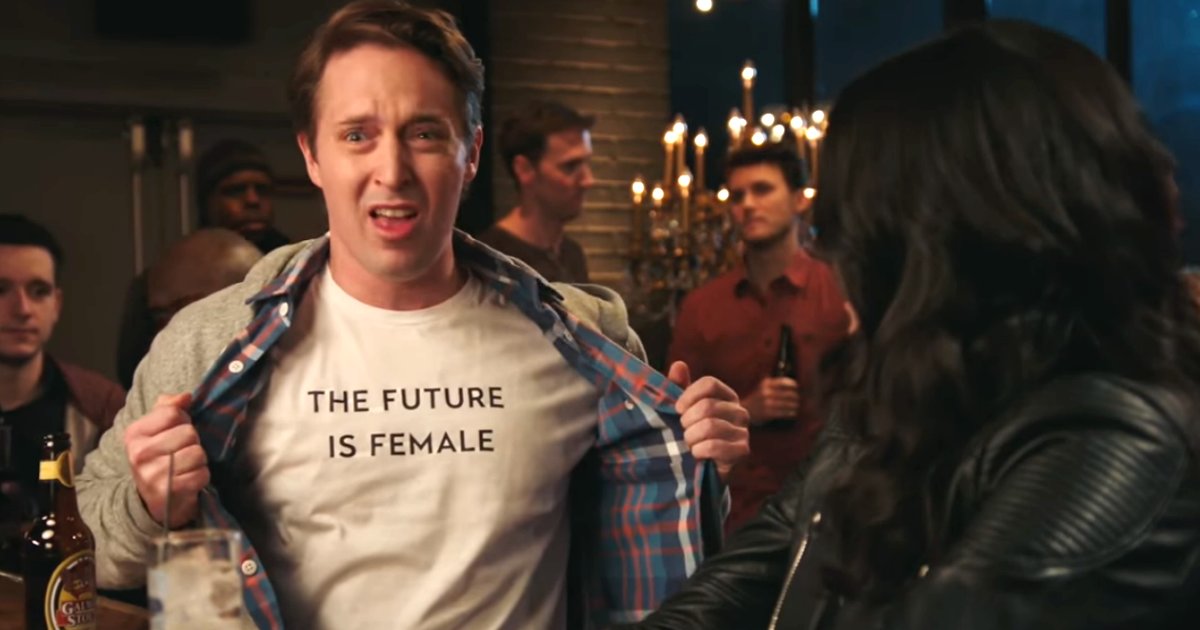 I am at my book reading in Portland. Though the room is small, it is packed. The audience is mostly friends, though there is a large cluster of people I have never met before. It is, without hyperbole, one of the highlights of my career, the sort of thing I dreamed about when I was 13, when I was 26, when I was 35.

A short time later, he will slut-shame me as he is holding my book, a sort of bemused smile on his face as he references sex acts I supposedly performed on someone else after we broke up.

It is not out of character, this misogyny under the guise of teasing, but it’s been so long since I’ve seen him that I’m taken off-guard. If I get angry, I’ll be accused of “taking it the wrong way.” According to him, I always took everything the wrong way, due to my inherent oversensitivity and inclination for melodrama.

Seed the belief in a young woman that her very legitimate feelings are irrational or unreasonable and it’s amazing what you will be able to do to her.

I am happy to leave this all in the past, where it belongs. But he dredges it up, proclaiming without provocation that he “wasn’t that bad” to me. I say nothing, and simply offer my best You fucking kidding me? face. (For those wondering – yes, he was that bad.)

Unnerved, he follows up with a comment about sexual kindnesses I bestowed on someone else, couched in a way to make himself seem enlightened.

I never did this to you, he tells me. I stare, blankly. His copy of my book is in my hand. If I write what I want to write in it – a brief but direct “Fuck you” – I know it will appear on Facebook with a caption like “Some people never change.”

Instead, I write simply, “Life is weird.”

He’s a misogynist. He’s an expert gaslighter. And according to him, he’s a proud feminist. Sadly, he doesn’t seem to be alone.

Last week, Joss Whedon’s ex-wife, Kai Cole, wrote a post describing his repeated infidelity during their marriage, along with a litany of sexist comments he’s made about women he’s worked with.

For many Whedon fans, it was a tough blow (the long-running fansite Whedonesque shut down shortly after the news came to light). Whedon proudly proclaimed himself a feminist, and wrote seemingly strong, smart, complicated female characters who dealt with a shocking amount of bullshit, whether it be supernatural, extraterrestrial, or run-of-the-mill workplace misogyny. But even as he was supposedly critiquing sexism, there were times it felt like he was perpetuating it. Those strong female characters were objectified and demeaned by male protagonists who had so much tacit authority, many never stopped to question it.

I could never pinpoint that this was the problem. If Whedon was a vocal feminist, then my failure to appreciate his work had to be a lack of enlightenment on my part, and not any wrongdoing on his. When misogynists take on the feminist mantle and then attack women, we internalize it on a different level. The gaslighting is baked into the premise, and the problem must be us. An SNL sketch recently skewered men who posed as feminists in order to hit on women. They eventually reveal themselves to be raging misogynists. It’s funny. But it’s not as absurd as you’d think.

Over lunch, my friend tells me that these fake feminist men bother her perhaps most of all, because they are so much harder to identify.

“At least with the out and proud misogynists, I know who to avoid,” she says.

The bullshit of simply trying to exist as a woman can be exhausting – add the additional label of feminist, and it can feel like there’s a target on your back. The attacks can feel insurmountable. (And I say this as a white woman who enjoys plenty of categories of privilege.)

So seeing men willfully sacrifice their own security and take on the title of feminist means that I’ve historically given them the benefit of the doubt. If you use your podium of male privilege to speak out against sexism, I don’t want to question you.

But if your personal actions and behaviors don’t align with the politics that you spout, I should question you. We all should. Because being a feminist isn’t an irrevocable status. You don’t get to self-identify as one and think that the story’s over. It’s something you work towards constantly. It’s a battle every damn day – not just against all those institutions that reinforce the patriarchy but against the damn voices in your head that reinforce it, too. I can’t tell you how many times I’ve stared at the bullshit misogyny around me and wondered how much of it I’m perpetuating – yet I quickly make excuses for men like Whedon or my ex simply because they’ve claimed to share my ideology.

That’s not enough. Their actions need to match their rhetoric.

If you’re a feminist, you don’t have to like every damn woman you meet. But you do have to treat women like human beings whether you like them or not. You don’t get to take your wife’s last name and then drag your ex through the dirt because things didn’t work out between you. You don’t get to march in a pussy hat and think that gives you a free pass to vituperate a woman every now and then. You sure as fuck don’t get to try to slut-shame me because the awesomeness of my life makes you feel badly.

Feminism is challenging as fuck. If you are up for it, then welcome to the fight (all the cool people are on our side). But it’s not an absolution. It’s not a label you can hide behind. And if you think that claiming you’re a feminist will somehow get you special treatment or offer you a free pass next time you act like a sexist asshole, then you’ve missed the whole fucking point.