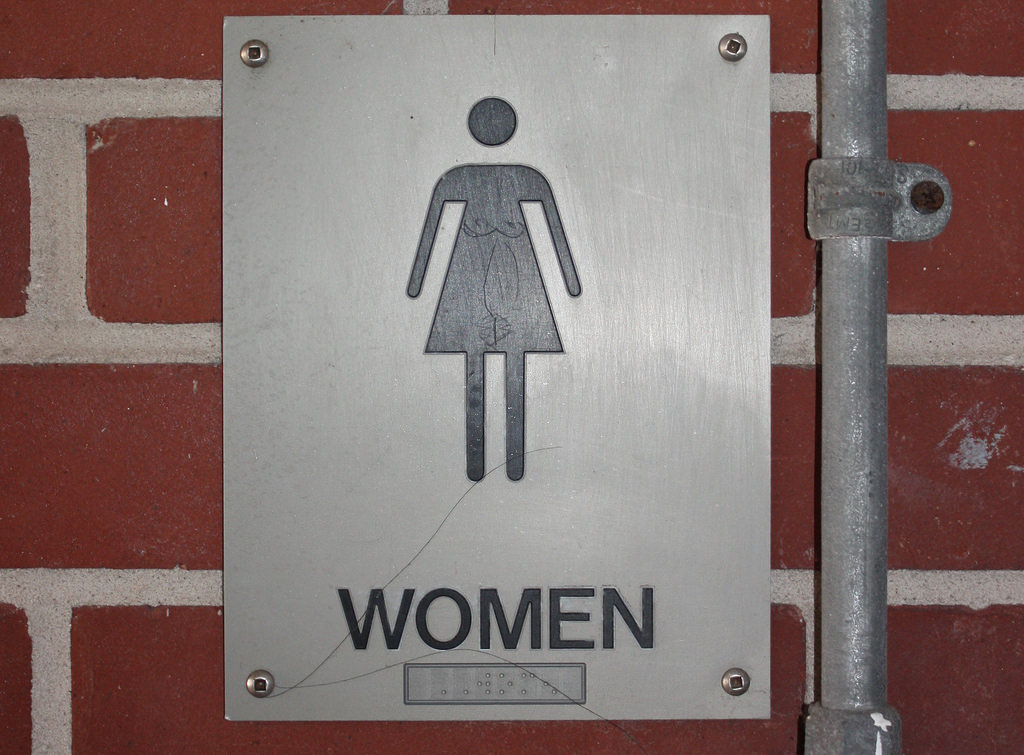 Last week I wrote what happened when I tried Soylent. If you missed it, a quick summary: I became the human equivalent of what happens when you drop Mentos into a Diet Coke.

Soylent aficionados were not happy. Their rage was understandable. After all, I’d come for their soy isolate meal replacement beverage. Very soon this group of angry men who had no actual knowledge of my body or my diet started explaining the very mechanics of my body and diet to me.

Some accused me of outright lying.

And that I was clearly in the pocket of “Big Food” and all of my experiences were made up.

They insisted that Soylent was good for me and that, I dunno, me feeling sick was a result of me being close-minded?

“pooping up on the web”

And then they started explaining my own bowel movements to me.

(Sorry, asshole, but if I took a raging shit every time I was anxious, I’d be a hell of a lot skinnier than I am.)

I just had my own shits mansplained to me. When I mentioned that this is precisely what a few of the commenters above were doing, they weren’t happy. Because for a man to acknowledge that he’s mansplaining, he also has to acknowledge his position of privilege over women.

I mean, they’re just coming up with an alternate explanation, because obviously the one I gave wasn’t good enough! Why do I have to be so sexist about it? (One commenter even told me that I wasn’t being mansplained to – I was “woman-misunderstanding.”)

Let me state a couple of things that  I don’t think need to be fucking said, but hell, Donald Trump is President, so let’s just assume that EVERYTHING NEEDS TO BE SAID.

Not every guy who explains something to a woman is a mansplainer. For example, these commenters took issue with the fact that I said the movie Soylent Green came out in the 1960s. It was actually the 70s. (And I assume that given the name used, at least one was a dude.)

This is not mansplaining. This is declaring a fact. And they’re polite about it! I appreciate them trying to keep me on the level. So when a woman accuses you of mansplaining, don’t immediately dismiss it with a “Oh, she says that whenever a man explains something to her.”

Men explaining stuff to other men isn’t mansplaining, either. It might be condescending, but it lacks the inherent sexism and power differential that exists between a man and a woman.

No only sexism.Women can be abusive & prejudice towards men,but they can’t be sexist because they don’t hold political & institutional power https://t.co/N2rYkFAff4

Let’s be clear: mansplaining has nothing to do with disagreeing. It has to do with an inherent belief that my viewpoint isn’t as valid as yours even when we are talking about my own body. And that has some huge, scary implications for me. Because if you don’t believe me when I tell you something made me feel sick, you probably aren’t going to believe me when I tell you I was harassed or assaulted. My reality conflicts with your worldview, and so you’ve made it clear that you aren’t going to accept it. If you won’t give us the benefit of the doubt versus Soylent, you sure as fuck won’t give it to us versus Bill Cosby.

Some may balk at the suggestion that this can at all be related to the current war being waged over women’s bodies, but I’d argue that there is no is greater example of mansplaining than a group of old white men determining what’s best for a woman when it comes to her health. As the GOP erodes safe access to legal abortions, this is the message that we’re sending women: you shouldn’t be allowed to make these decisions.

The existence of safe and legal abortions in no way means a woman has to get one. It is a choice. And inherent in that belief system is the idea that women are qualified to make that choice about their body and their lives. A bill just passed in Arkansas requires that before administering an abortion, a doctor must inform the man who impregnated their patient. Even if, theoretically, that man raped her. Even if he could, ostensibly, stop her from getting that abortion. That doesn’t really sound like they’re trying to uphold the sanctity of life. It sounds like they’re trying to uphold the sanctity of a man’s opinion over a woman’s.

But even if I were to grant that the abortion debate is somehow about the sanctity of life (and if it is, then it’s strange how quiet the pro-lifers were about the shooting of Charleena Lyles, a black, unarmed pregnant mother of four, by Seattle police), being pro-life in no way justifies the other aspects of the GOP’s healthcare plan. Being pro-life doesn’t explain why you’d allow insurers to stop covering basic benefits like maternity care or contraception. As Jen Wright brilliant explained, the pro-life movement has a lot of dead women in it. The GOP healthcare plan stands to have a lot more.

Federal subsidies don’t cover abortions under the status quo. Right now federal funds under Obamacare do cover care at Planned Parenthood but not abortions (which only make up 3.4% of the services PP offers, anyway). But the GOP plan means that women on Medicaid can’t get any medical care covered at Planned Parenthood. Considering that nearly 75% of the services that PP offers to women consists of treating and preventing STDs, and offering birth control, that’s a pretty big health issue, and one that will disproportionately affect lower income women (who make up the majority of Planned Parenthood’s clientele).

So let’s be clear: the GOP isn’t just telling women they can’t get abortions. They’re limiting access to birth control and STD testing.

Doesn’t that seem to fit a narrative that they know what’s better for our bodies than we do?

Some argue that mansplaining is innocuous. Some argue that all men do it – the oft-uttered “boys will be boys” refrain that an offense is somehow excusable because it’s so widespread. Some argue that it is simply an annoyance, but it has nothing to do with rampant sexism.

I wrote a post about how a drink wrecked my bowels. It was meant to be lighthearted. Most people found it funny. A few became so enraged that the comments section quickly turned abusive. I banned a few accounts. I set up boundaries, because I don’t like it when people call me or my readers names. After doing so, I got responses like this:

Are you going to read the above comment, which was left on a fucking post about how I didn’t like Soylent and tell me that the person who wrote it thinks my opinions as a woman are valuable?

This is how some men respond to accusations of misogyny. They go ahead and prove our point, 10-fold. They accuse our husbands of being homosexuals (because that is, I suppose, the worst insult they can imagine) and consequently not real men; they eviscerate us for insulting their soy drinks while claiming that we’re too sensitive over the issue of sexism.

They equate being a feminist with hating men.