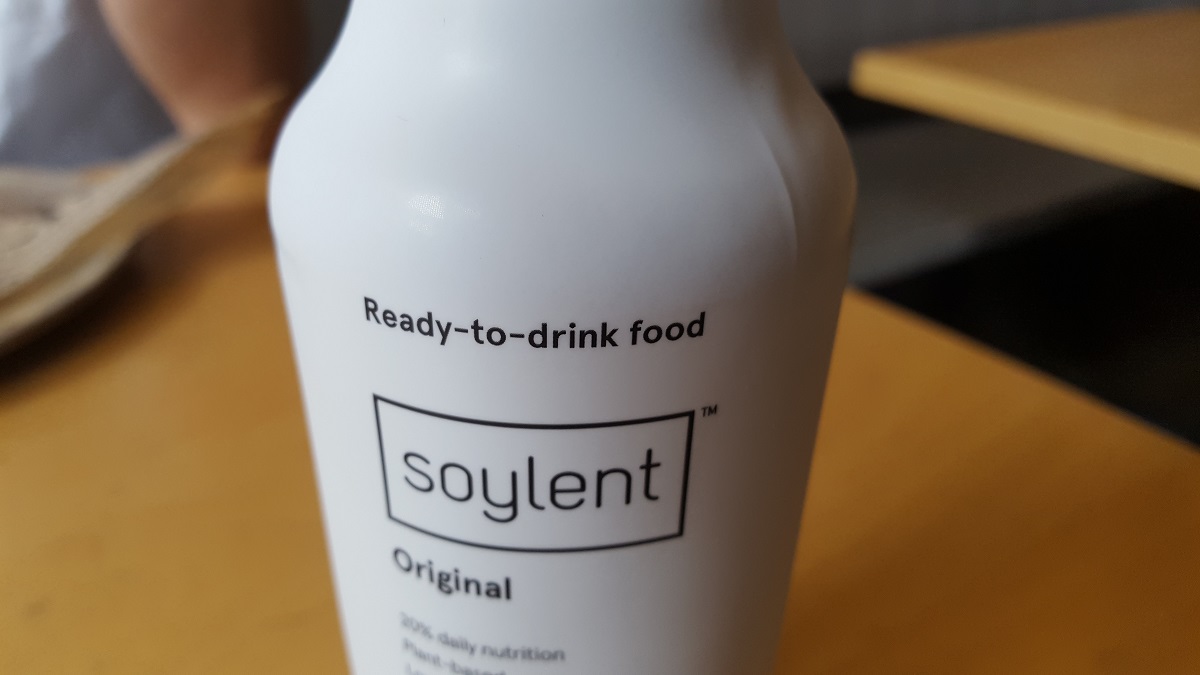 Posted in: "Lifestyle", Food, Life at Home, Nothing to Do With Travel

For those unfamiliar with this “food” product, Soylent is a high-protein drink designed to appeal to lifehackers, dieters, and doomsday cult members who are maybe a little shy and don’t want to come out of their bunker for communal meals. It has an incredibly long shelf-life, and provides you nutrition without all the pesky side-effects that food usually has, like chewing, tasting like something, and being an excuse for human interaction.

As a bonus, it also apparently gives you raging diarrhea, but I’m getting ahead of myself.

Because I’m a blogger, and continually told that my life has relatively little value, my body becomes fair game for “creating content”. In the past I’ve tried Paleo, quit sugar for a month, and engaged in a series of workouts designed for double-jointed 19-year-olds who were probably genetically engineered in a lab inside Lululemon’s headquarters.

It’s a drinkable meal replacement created by computer developers with absolutely zero background in nutrition or culinary sciences. According to the company’s own website, this was the moment of inspiration that led the founders to create Soylent:

Living off a diet of frozen corn dogs and ramen, they grew frustrated with the effort and cost associated with purchasing, preparing, and consuming food that was neither healthy nor enjoyable.

Now, you can understand why I was slightly concerned about ingesting something developed by guys who felt that the prep work for corn dogs and ramen was too much for them. Also, please explain to me how much time and effort is possibly spent purchasing those food items. You can literally buy them at a gas station.

Let me be clear: my body is not a temple. Today I’ve consumed a spoonful of raw cookie dough, and two slices of blueberry pie. At the time of me writing this, it is 9:57am. My eating habits roughly resemble those of someone who is high, because I am, in fact, often high.

But all of it was homemade and goddamn delicious. The point is, I derive a lot of joy from food because I’m not a sociopath.

Soylent takes its name from a 1960s sci-fi thriller starring Charlton Heston (the website maintains they actually got the idea from the book on which the film is based. Sure, guys. Sure.) In the movie, there’s a massive food shortage, and Soylent is the food replacement that everyone eats, and the most popular flavor is Soylent Green, which Heston’s character discovers is actually made from human flesh.

I’m going to repeat that, in case that paragraph was so batshit crazy that your brain rejected it. The inventors saw a movie in which people are unknowingly eating processed food that is made from humans and they thought “WE SHOULD NAME OUR PROCESSED FOOD AFTER THAT.”

Are we all on the same page of this ludicrous book titled Oh My God, What is Happening? Great.

I decided to replace two meals a day with Soylent every day for a week. That’s fourteen bottles.

It did not end well. It didn’t even begin well. 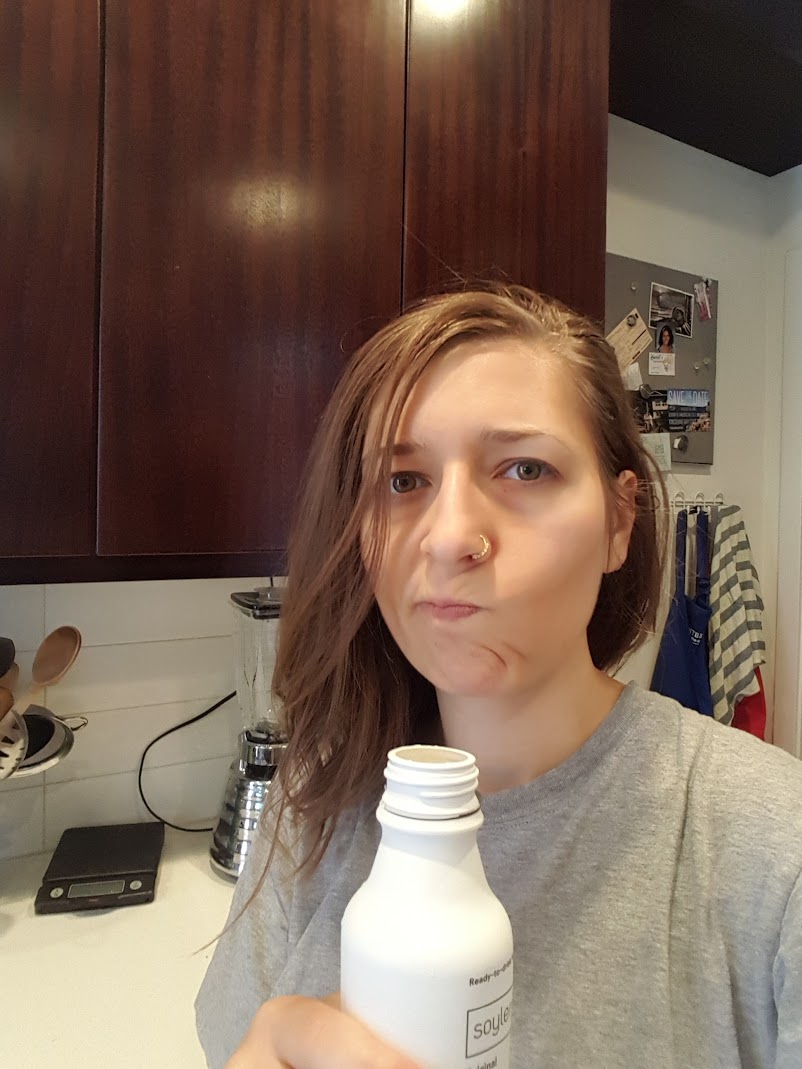 Soylent comes in a variety of flavors with ambiguous, litigation-safe names like “nectar” and “cacao.” There’s a caffeinated variant, if you want to avoid a high-maintenance lifestyle that requires you to drink coffee. Or, for you DIYers, you can buy Soylent in a powdered form, in case you like your Soy Protein Isolate Meal Replacements to have a more “homemade” touch.

I ordered a 12-pack from the Internet, and a few days later it arrived on my doorstep. The box said that I didn’t need to refrigerate Soylent, and that pregnant women should consult a doctor before drinking it, and you shouldn’t have arguments with your spouse within earshot of the package because it will anger the Soylents inside. Also, you are cautioned not to drink too much of the stuff. No, really. The actual label of the product tells you to maybe not drink it. 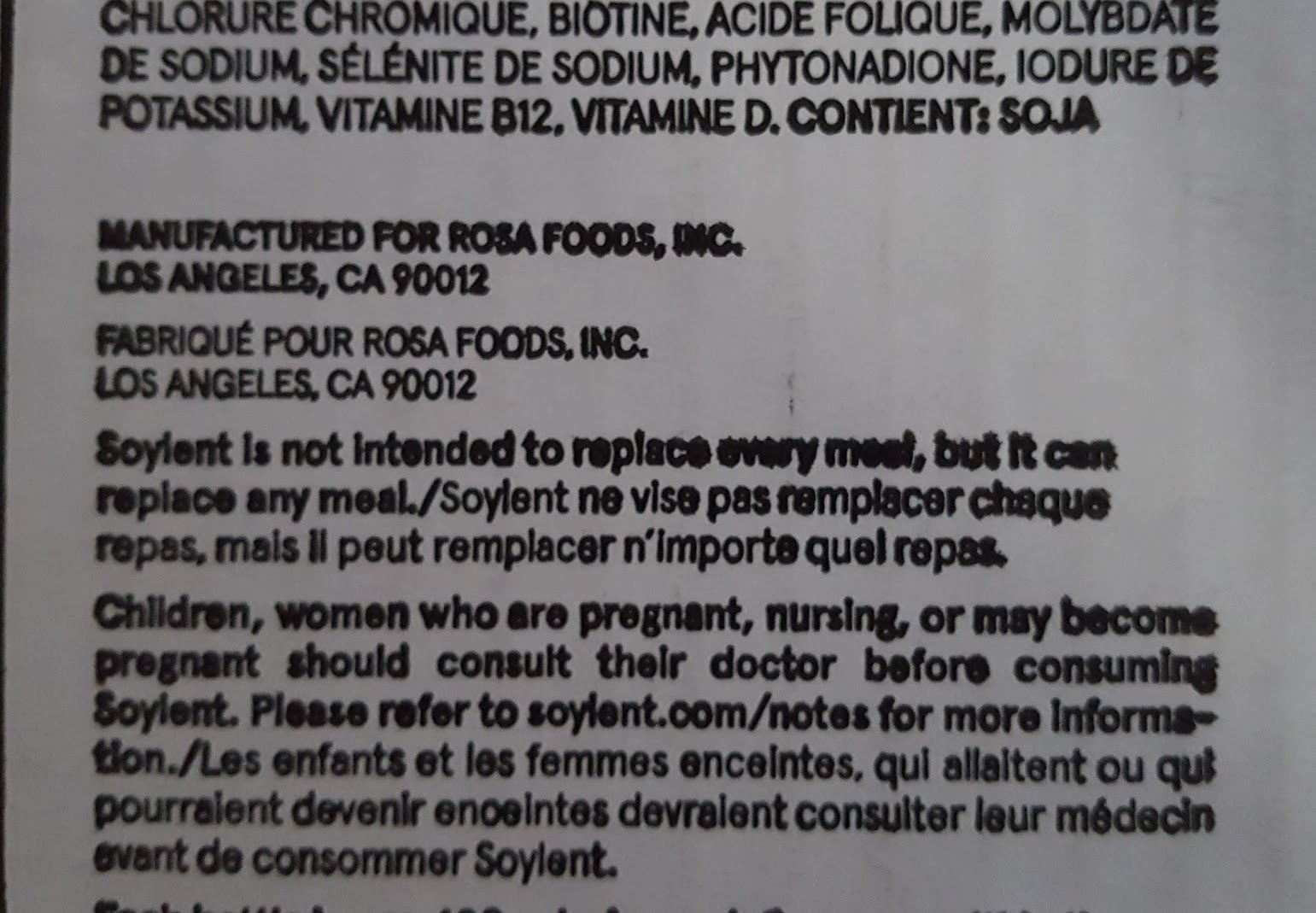 I was somewhat concerned because now even Soylent itself was like, “Hey maybe this is a bad idea.”

I mean, I can eat an entire bag of Fritos and at no point does the packaging say, “Whoa. Maybe slow down and consider some carrot sticks.”

I took a look at the ingredients and it was basically a list of characters from The Hunger Games. 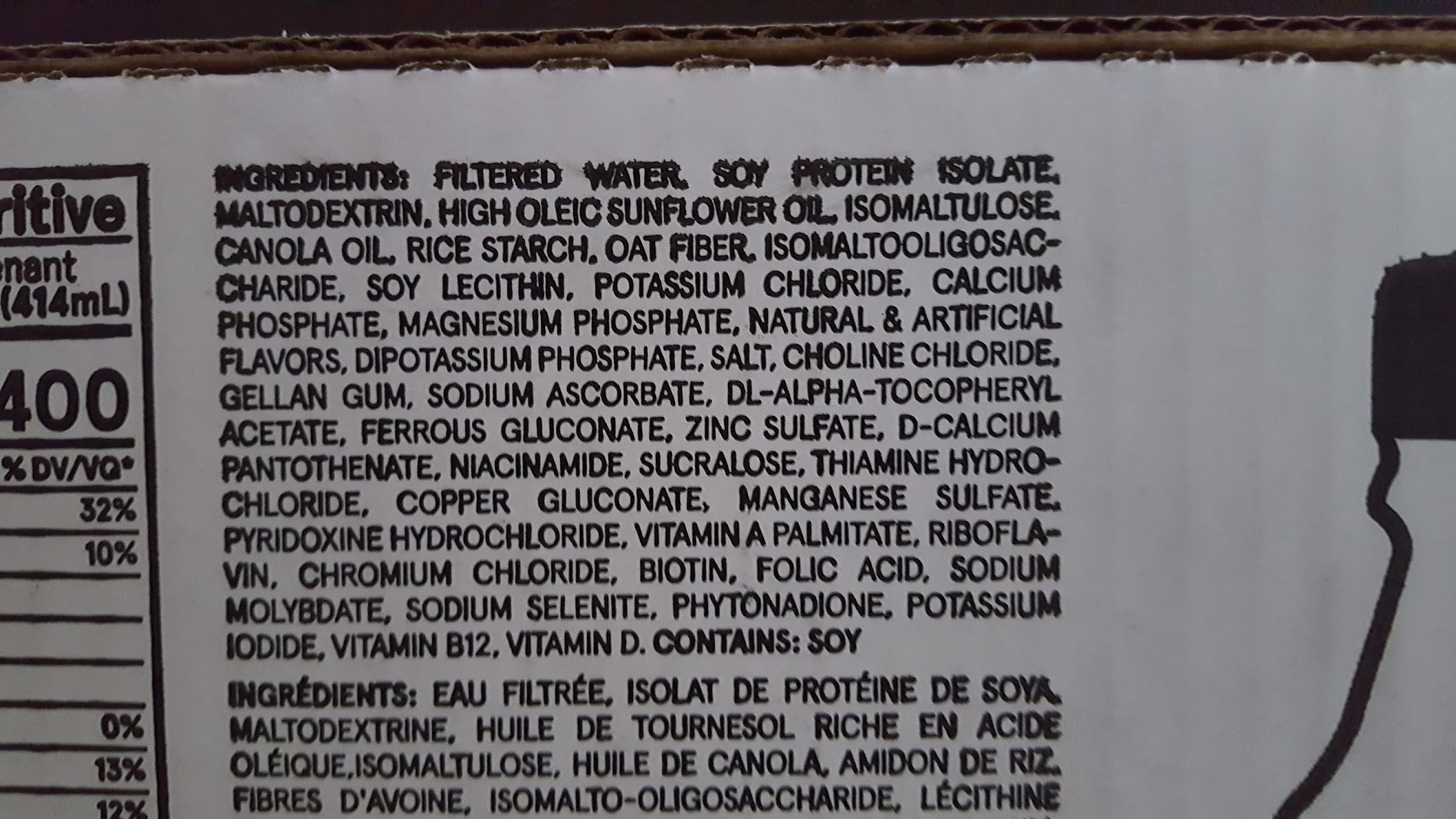 9:37 am: I take my first sip. Soylent tastes like milk left over in Lucky Charms, minus the sweetness. It’s thick; like swallowing cold pancake batter – and has a vaguely oaty taste to it.
– 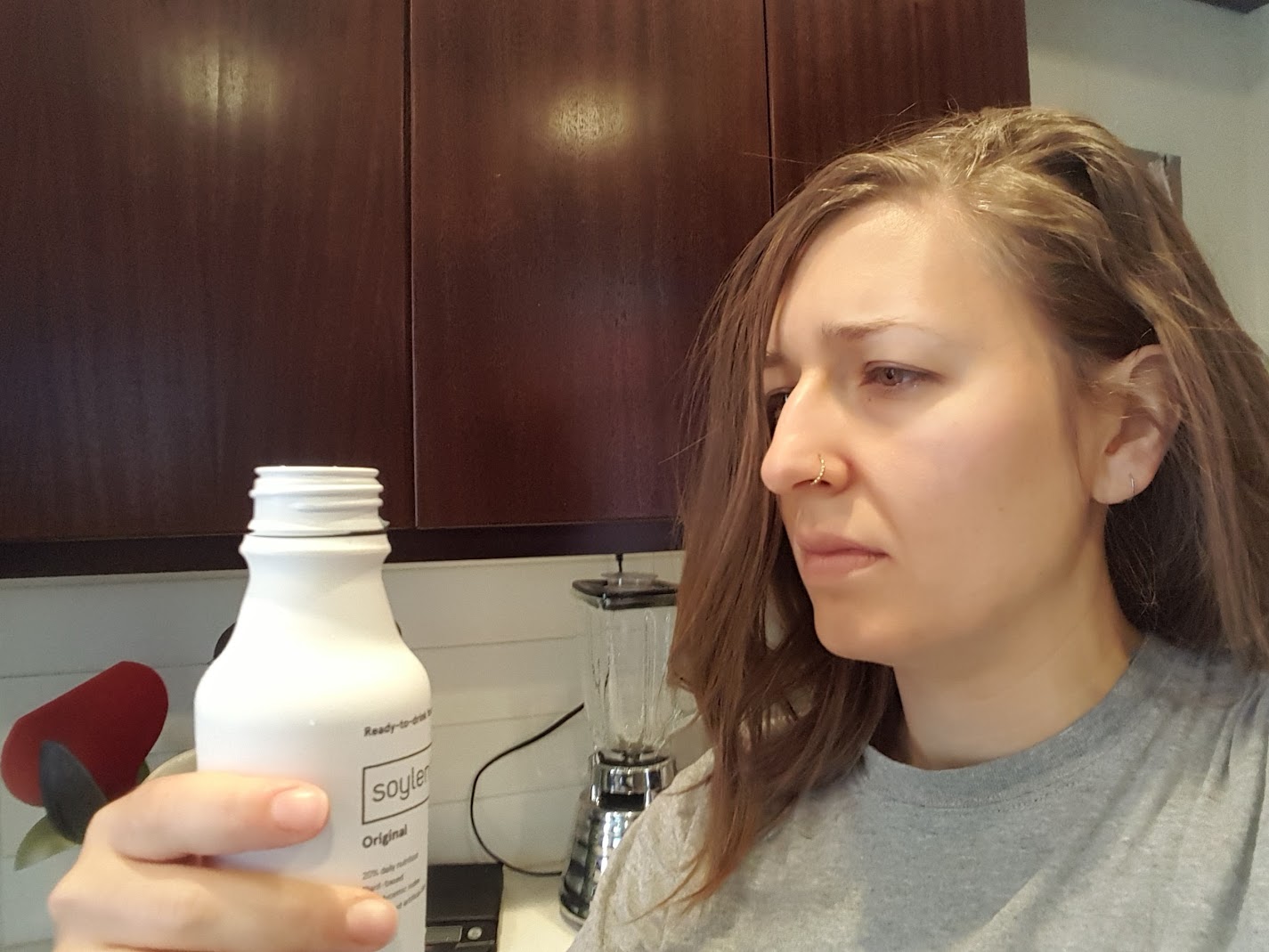 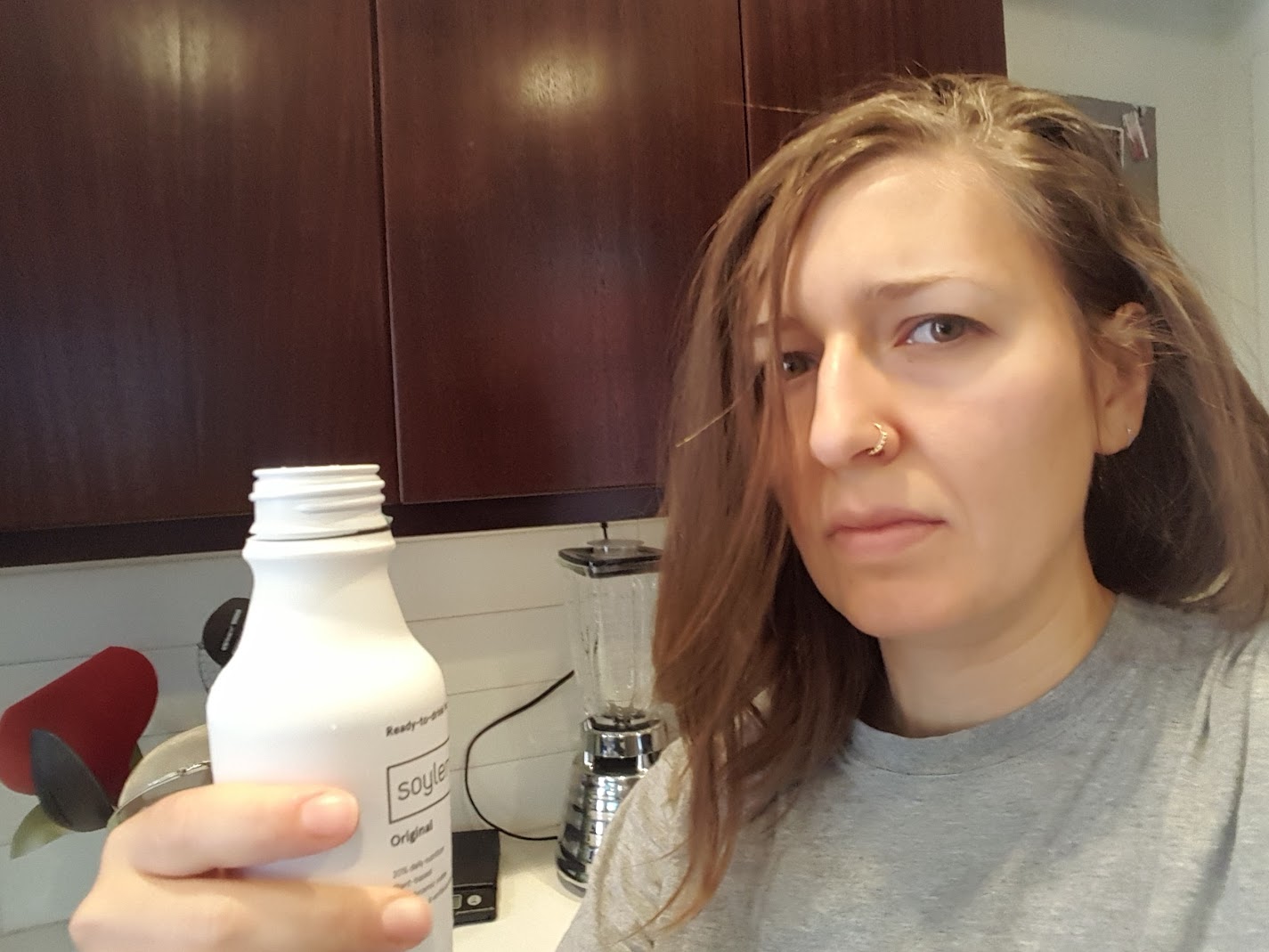 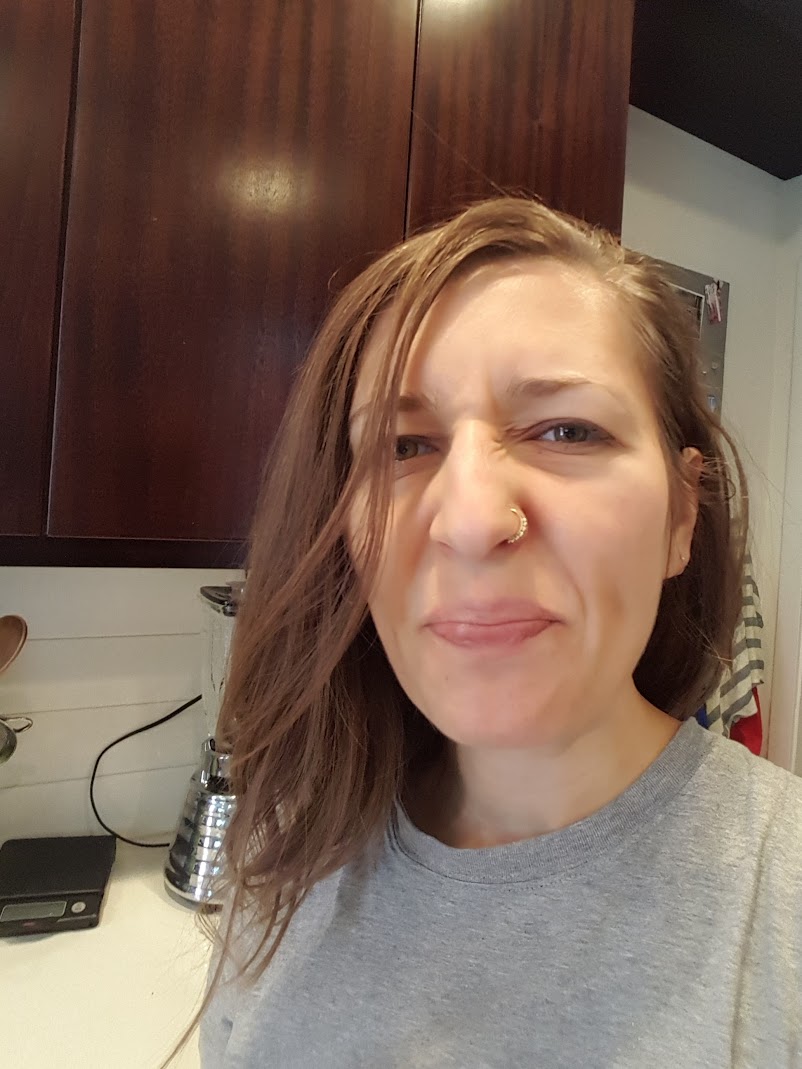 Ha ha ha ha ha ha, yeah right like I’m going to drink another Soylent today. I have to meet with a mortgage broker.
–
Summary:
Bottles consumed: 0
Emotional state: So, I’ve been doing a lot of thinking, and I’m wondering if maybe humans have been eating real food since they started existing for a reason? And if maybe two guys with zero background in nutrition, the culinary arts, or food technology should not be designing indigestible science projects? I don’t know, just spitballin’ here.
–

No, screw you, I’m eating nachos.
–
Summary:
Bottles consumed: 0
Emotional state: Intense anxiety at the prospect of having to consume another bottle of Soylent.

At this point in the experiment my husband intervened and pointed out that I wasn’t so much “drinking Soylent for a week” as I was “drinking a single bottle of Soylent and blaming it for three days of subsequent farting.”

10:01 am: I am cowering from the fridge, which has historically been one of my best friends.
10:31 am: I open up the second Soylent of my life. Peeling back the wrapper, I am reminded of Pandora opening her box. The box, in this instance, is my poop hole.
10:37: Everything is fine.
10:42: EVERYTHING IS NOT FINE.
10:59: My intestines are just a shaken bottle of soda at this point.
11:02: I sit and watch my husband eat a bagel. I have never hated him more than I do at this precise moment. Soylent isn’t made of people. It’s made of resentment and broken promises. 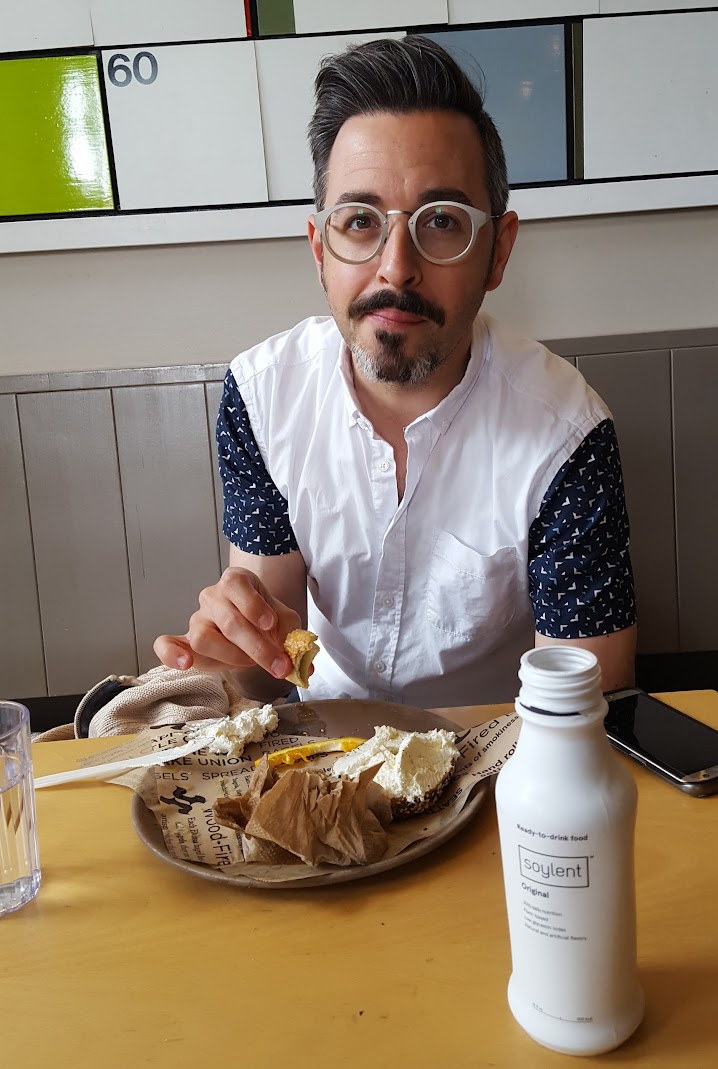 I think he knew that I was planning to kill him.

11:33: I finished the bottle. It took me an hour and it was mostly unpleasant, so it’s basically like the first few times I had sex except it took 58 minutes longer.
1:00 pm: I have not pooped and it feels like a triumph.
2:15 pm: Ask husband if I have to open up another Soylent. Him, with a pitying look on his face. “I think so? For, like, science or whatever the hell it is you’re doing?”
2:20 pm: Open up my second Soylent of the day.
2:27 pm: Life is meaningless.
2:42 pm: I DON’T EVEN KNOW WHAT MUSCLES I’M CLENCHING
3:09 pm: Oh, good, it’s taken me so long to drink this thing that it’s now room temperature
4:43 pm: I’m basically engaging in a game of chicken with my sphincter at this point.
9:24 pm: After a evening spent eating actual food, I find myself doubled over with cramps. Intense, unprecedented, I feel like the diner scene from Alien but the thing that pops out of my abdomen is going to be a bottle of Soylent cramps.

(Yes, I am well aware this is from Spaceballs. You didn’t want the gif from the real movie. Trust me.)

Emotional state: Anger, frustration, and intense fear that eventually gave way to resignation as I accepted the inevitably of my own death.

(Writer tip: If you put “Conclusion” somewhere in your article, people will think that you are a legitimate journalist even if your work is literally full of gifs that suggest vigorous bowel movements.)

I’m all for convenient food. I’m super psyched about any food that I can eat with one hand because that means I can use my other hand to hold more food.

The problem is that most of what we eat nowadays isn’t even food to begin with. Everything has been so processed that it bears little resemblance to the living organisms that created it. It’s true of even meat and vegetables.

But Soylent takes things a step further. I’m used to seeing a weird list of ingredients on junkfood wrappers, but a Soylent box only has two or three recognizable ingredients, and it’s supposed to be a meal.

Also, IT IS NOT CONVENIENT TO SPEND HALF OF YOUR DAY ON THE TOILET.

Some websites tell me that your body needs to get acclimated to Soylent and after a while the diarrhea dies down but I feel like that should not be a threshold you have to cross in order to have breakfast.

In the end, it came down to two simple questions:
Do I enjoy having my butt turned into a poop geyser that I’ve affectionately nicknamed Old Squirtful? No.
But is it worth it for the convenience of not having to chew? Also no.

I’ll leave Soylent to those with stronger stomachs while I keep enjoying actual food that’s a little more complicated to prepare. But hey, at least it’s still food.

Food, Nothing to Do With Travel, Soylent