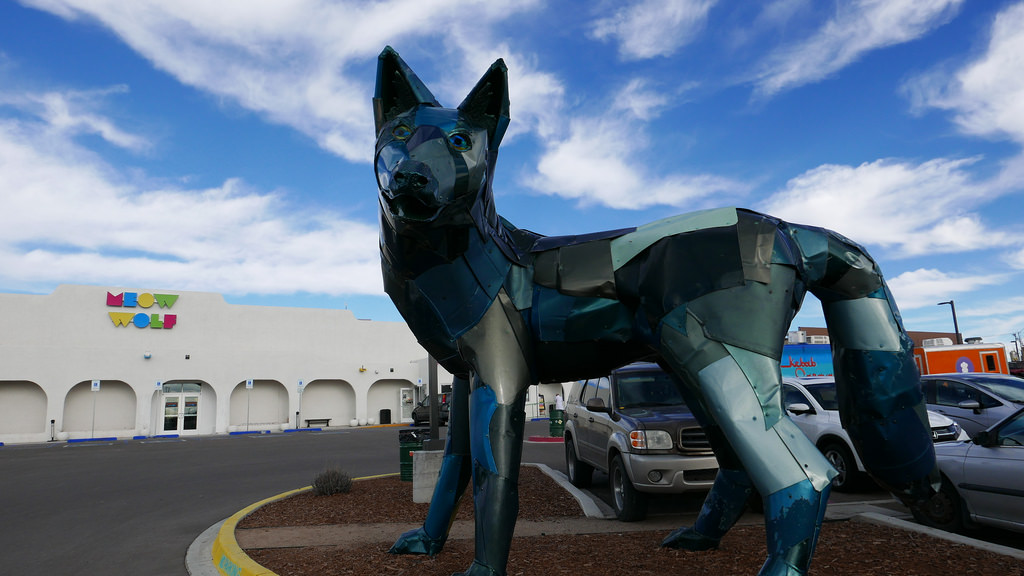 I spend a lot of time trying to make sense of things in my world. I’m often looking for explanations when there aren’t any, and inevitably find myself frustrated by the lack of answers. Why does Rand leave his shirt and jeans on the ground next to bed, stretched out, as though someone had been lying down in precisely that outfit and had suddenly vaporized? Why do I sometimes leave important, non-food items in the fridge? (Probably because I know I’ll look in there, eventually.) Why does my mother describe a fur vest with absolutely no safety features as “her work vest”? WHAT KIND OF WORK REQUIRES YOU TO LOOK LIKE YOU SKINNED A WOOKIE?

These are the mysteries of the world.

I keep looking for answers, even when there aren’t any. I suppose that’s why I was so bewitched by Meow Wolf’s House of Eternal Return. The massive interactive art installation was a winding mystery. Look hard enough, and some answers reveal themselves. But even when they don’t, the result is pretty magical.

When people found out we were going to Santa Fe, Meow Wolf came up frequently on the list of things to see. But when we asked people precisely what it was, replies were not exactly forthcoming.

And so Rand and I went with no prior knowledge and no idea what to expect, like our President plunging into the Middle East peace process.

Meow Wolf is a massive arts space, a mix of neon light and bright patterns that remind me of an early 90s childhood: of brilliant Lisa Frank stationary and mornings spent watching Mr. Wizard before heading to school. The current installation sprawling – part playground, part sculpture, it feels like a classic sci-fi novel and a choose-your-own adventure book in one. 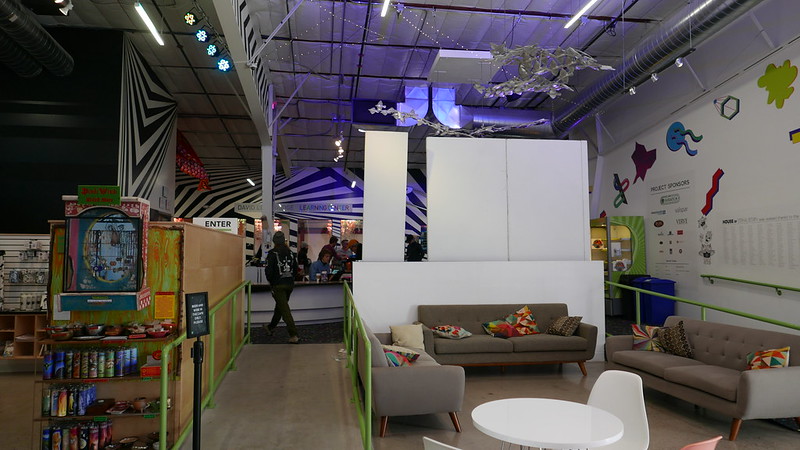 The lobby and gift shop at Meow Wolf.

The building itself was once a bowling alley – it’s now owned by George R.R. Martin (yes, he of Game of Thrones fame – but fear not, despite some creepy undertones, the place is family friendly).

The premise is this: in a large, peaceful Victorian home, a child has gone missing. He’s disappeared into another realm after delving too heavily into a departed grandparent’s scientific research. And soon you, as a museum visitor, will follow suit.

The exhibit begins with the house, massive and meticulously constructed. 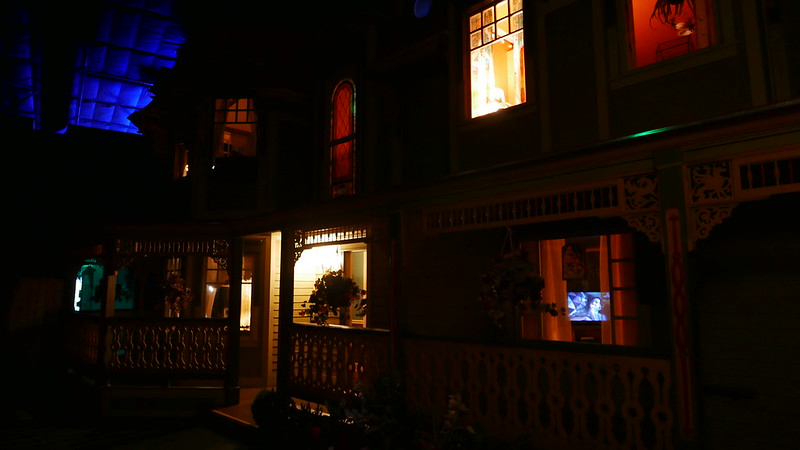 At first glance, everything seems commonplace, despite the fact that it feels like you are part of the weirdest open house ever – wandering through an actual home with a bunch of strangers. 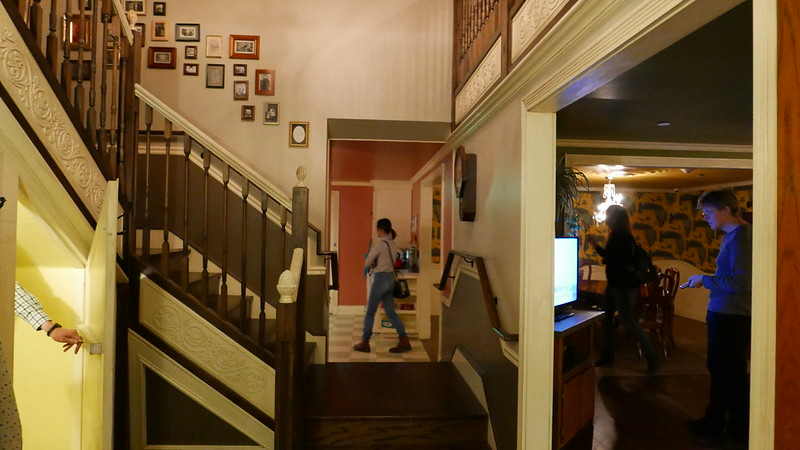 But if you look closer, you’ll find that nearly every object inside reveals a clue to what may have happened to the missing child. 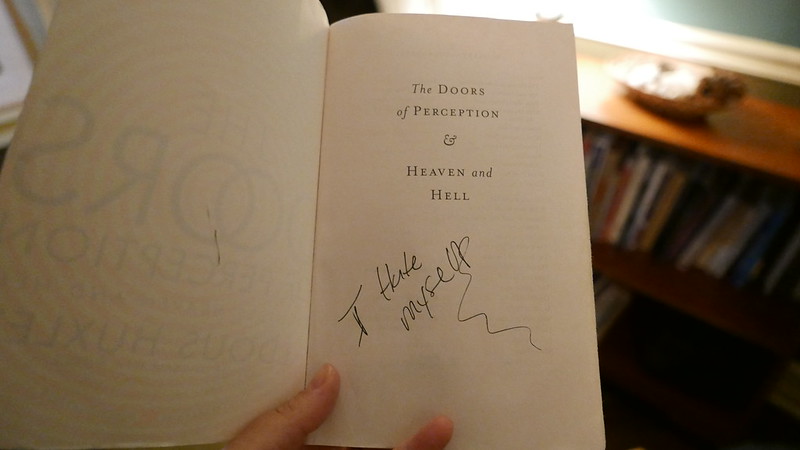 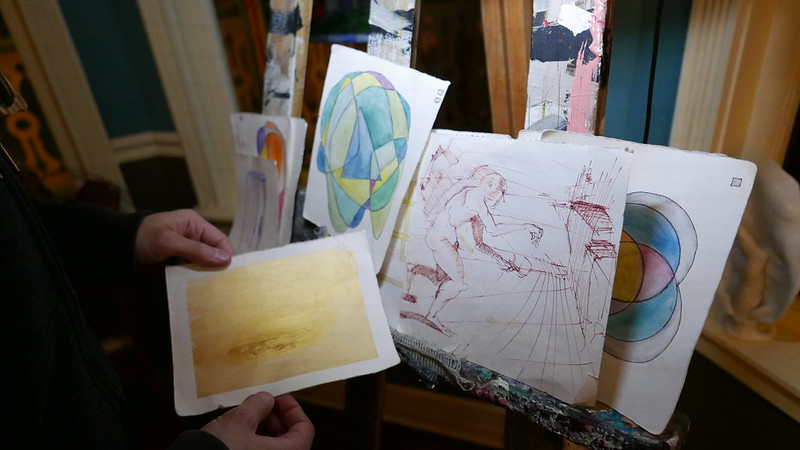 You rifle through books, you search through cabinets. You open up the fridge and find it’s a portal into another world. 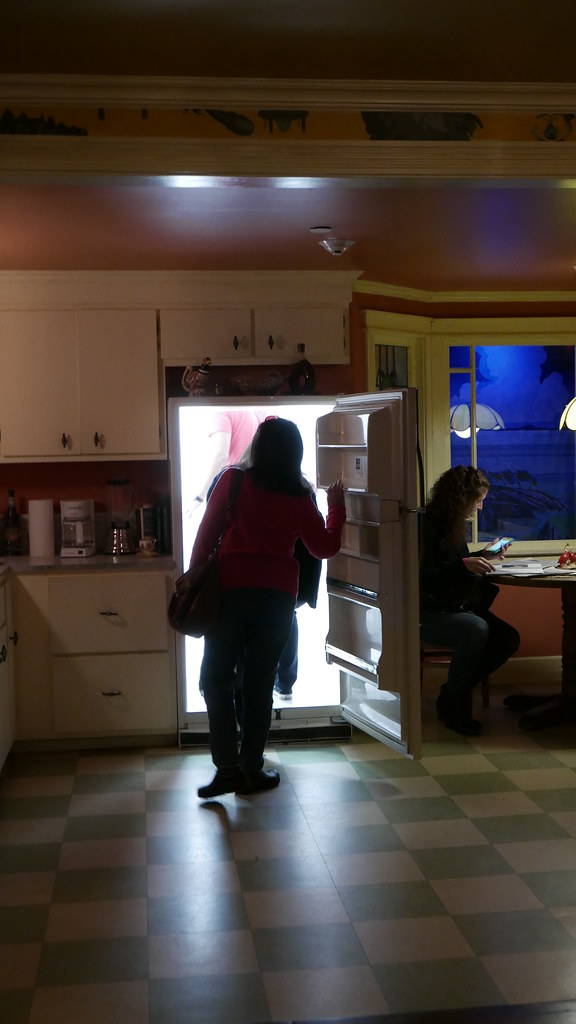 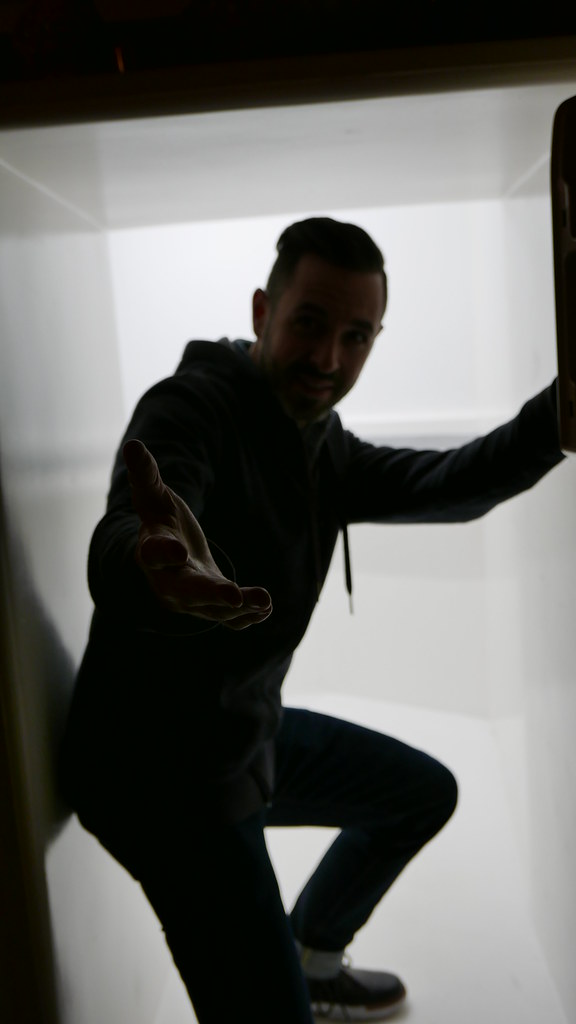 At some point, may find yourself crawling into a dryer. 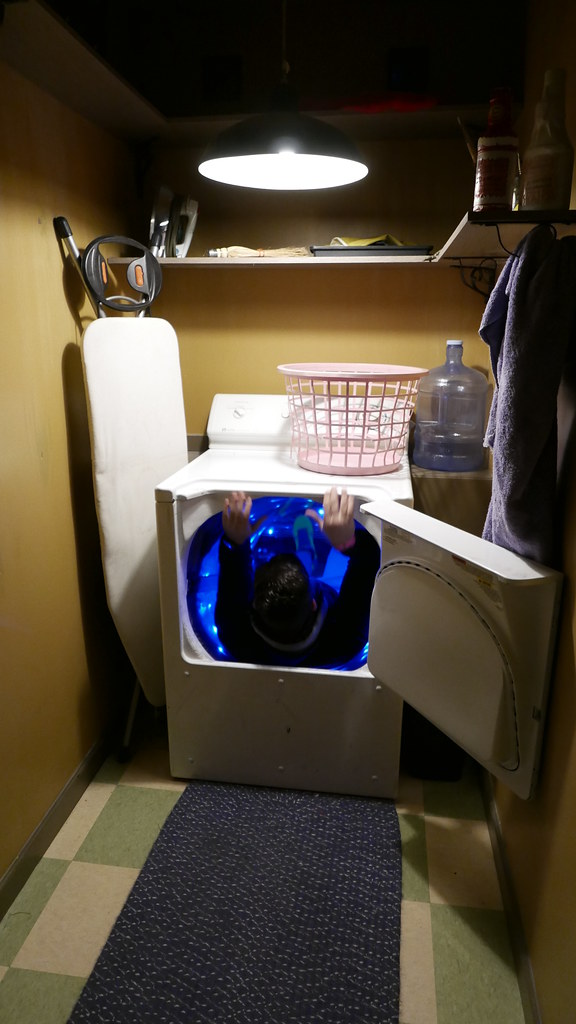 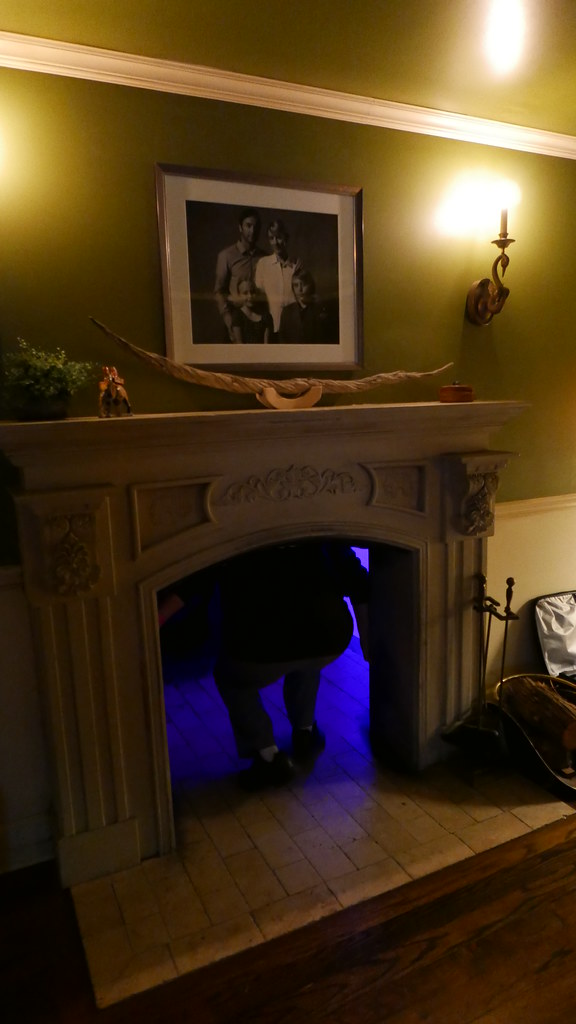 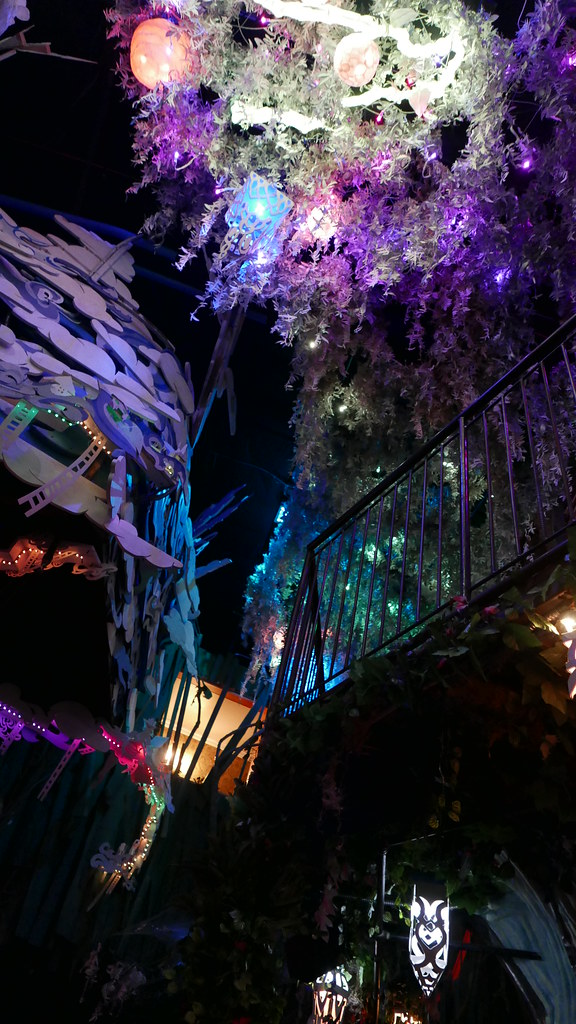 It was part M.C. Escher, part Dali, part A Wrinkle in Time and The Lion, The Witch, and The Wardrobe. 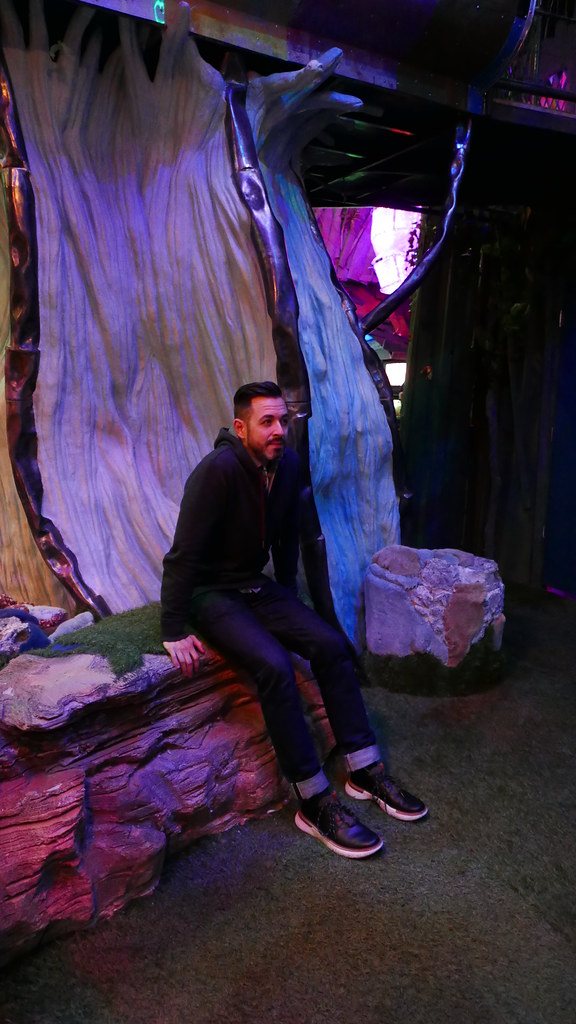 Rand, trying to figure it all out.

Every room is a work of art, everything is baffling, and all of it is wonderful. 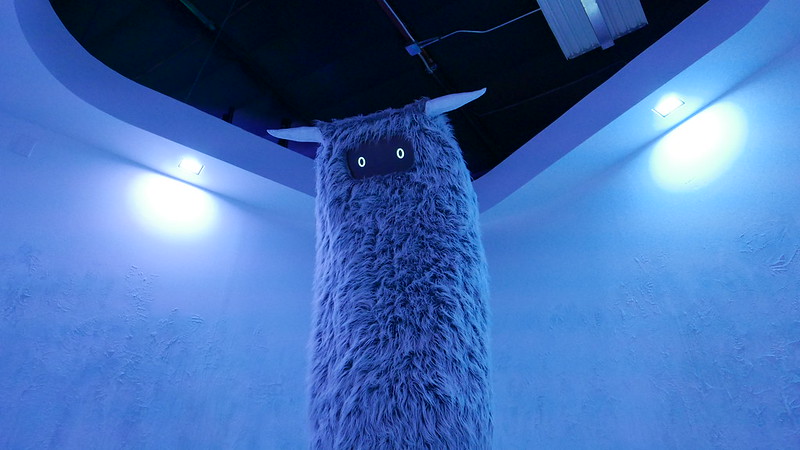 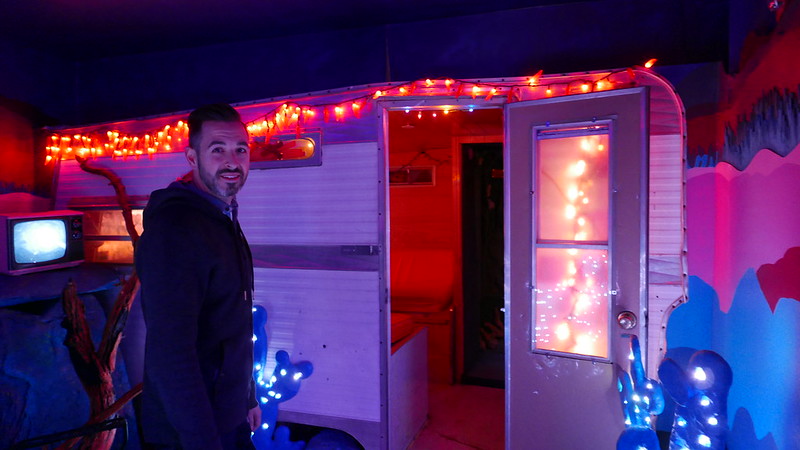 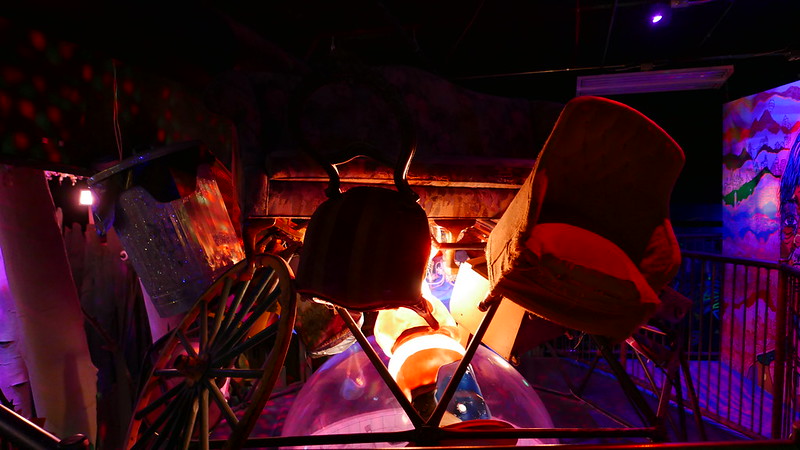 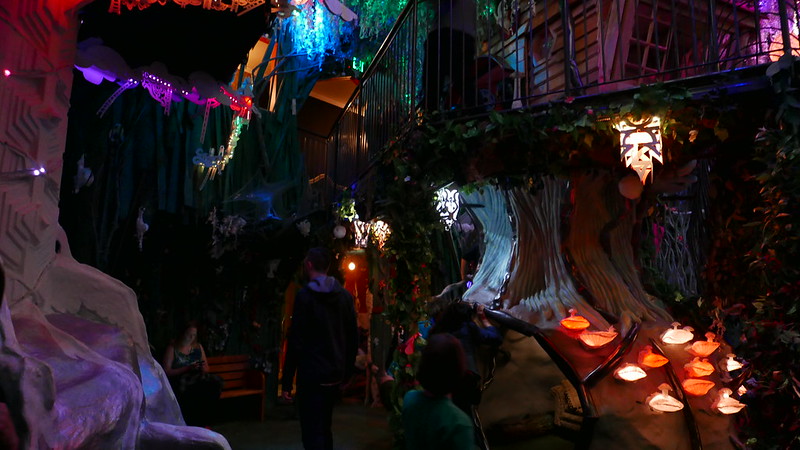 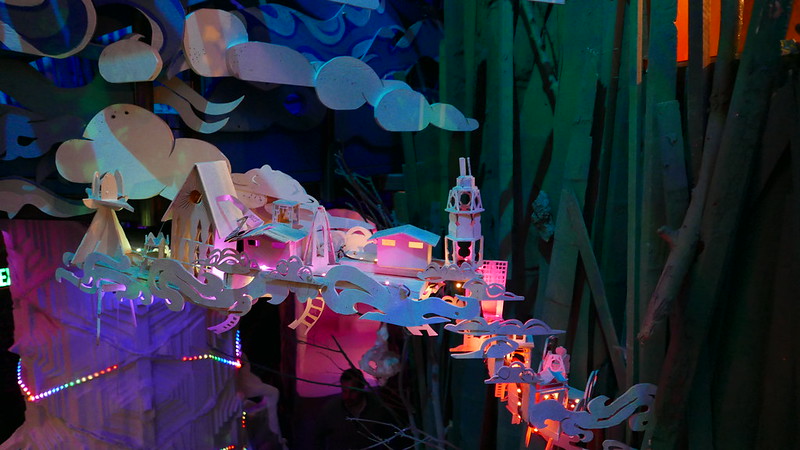 Some parts of the other realm hearkened back to the house. Like this room of brightly colored coral … 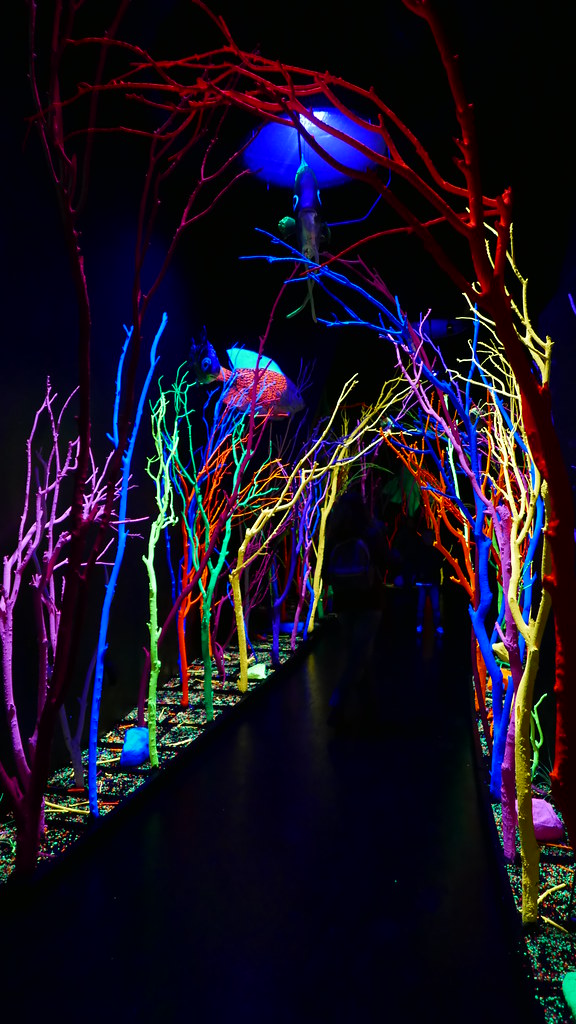 … and the fishtank we saw earlier. 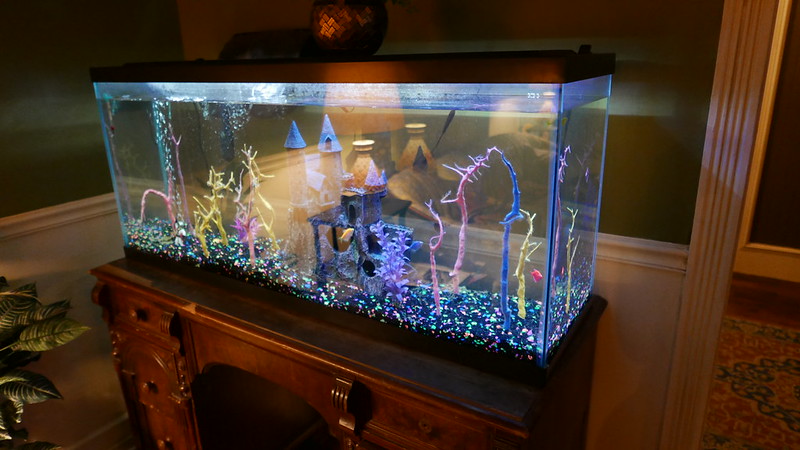 While other stuff seemed to stand on its own – spanning different genres. 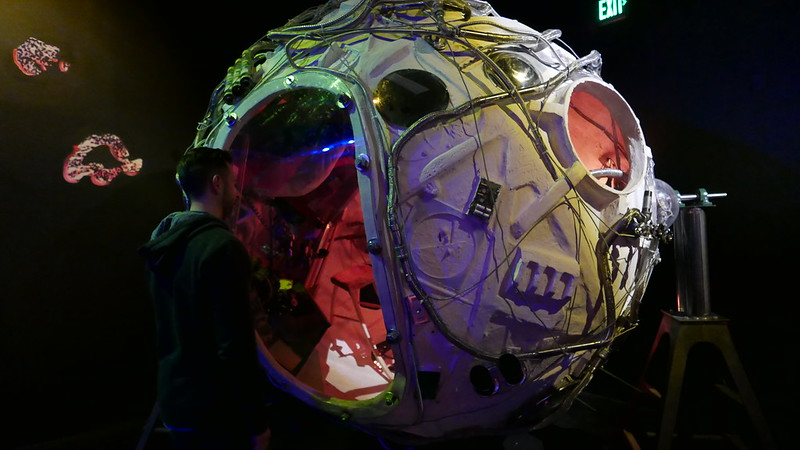 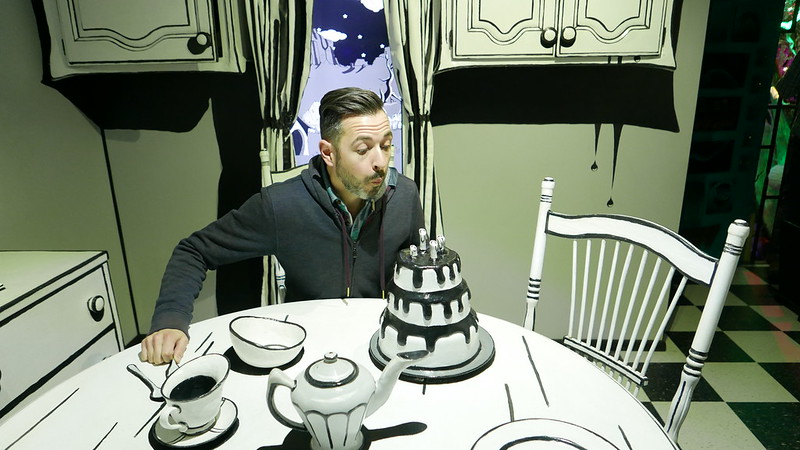 There are helpers throughout – people dressed in lab coats who are entirely in character, mumbling facts and figures to themselves while reading clipboards, but who will help you should the need arise. 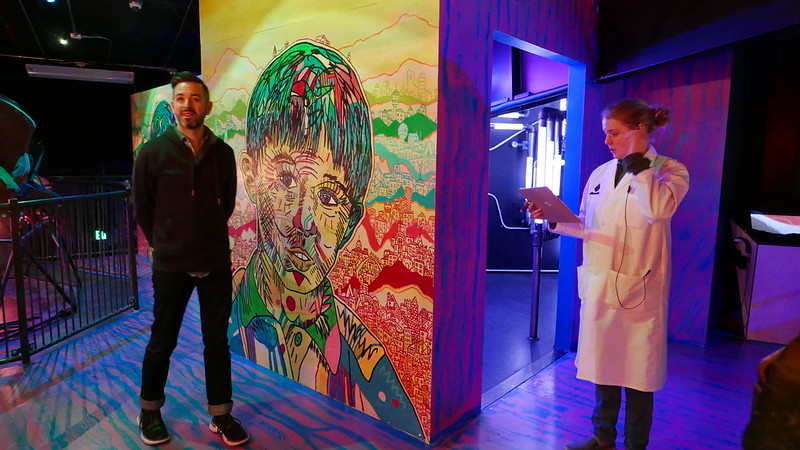 For someone who is always trying to make sense of things, Meow Wolf was a little frustrating. What exactly was I supposed to do? Was it a game? Was it art? HOW DO YOU WIN? The harder I looked for answers, the more elusive they became. 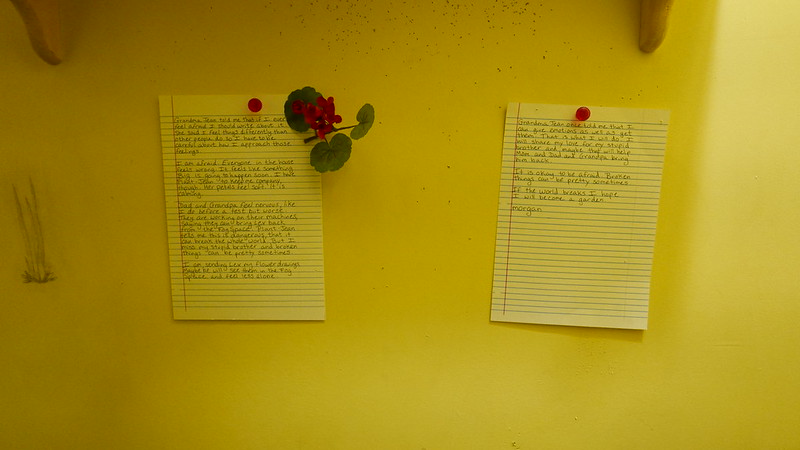 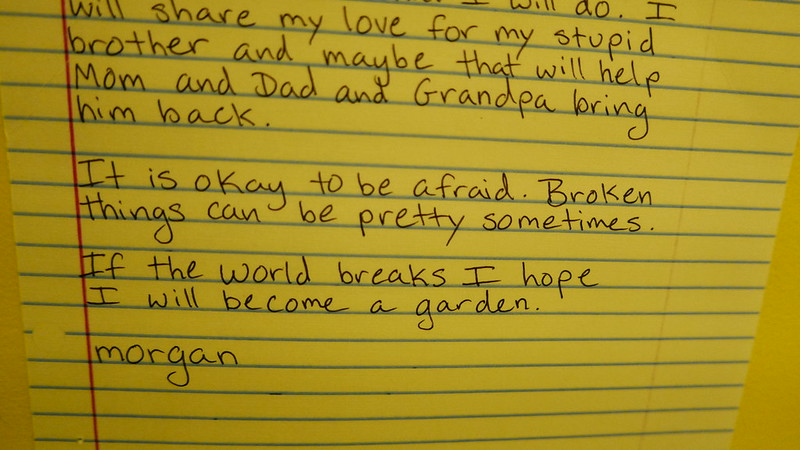 And I realized that there was no linear mystery to be solved, no clear end point. It wasn’t until I let go of all those ideas that I really started to appreciate the place. 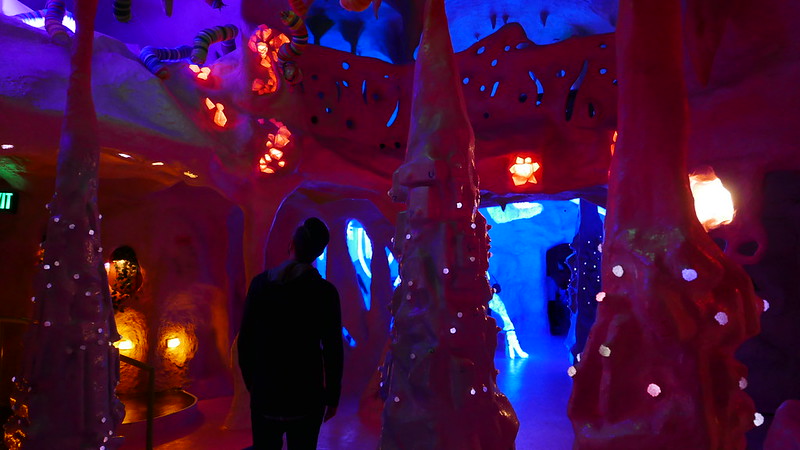 Sometimes there are no simple answers. Sometimes life defies explanation. Sometimes, you just need to experience things for yourself.