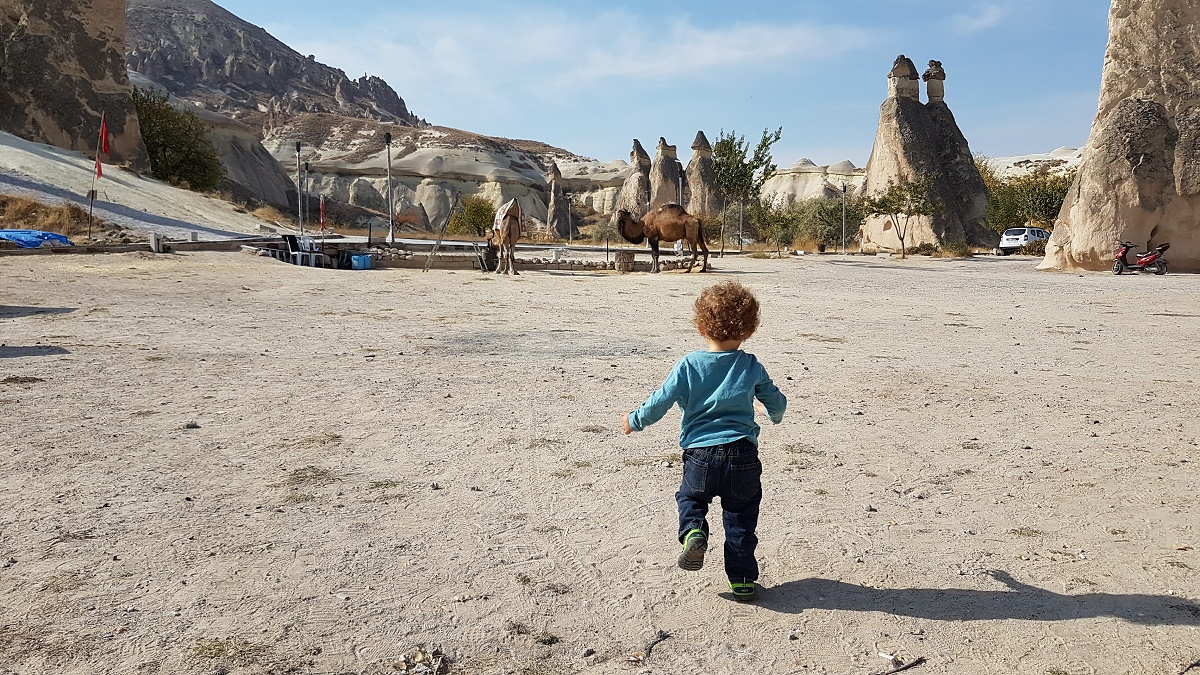 We went to Turkey with our friends and their toddler.

This seems impossible now, six short months later. I suspect it will seem even more impossible in the coming years. But we went from Istanbul to Cappadocia, and he wandered in the dust and the sunshine. 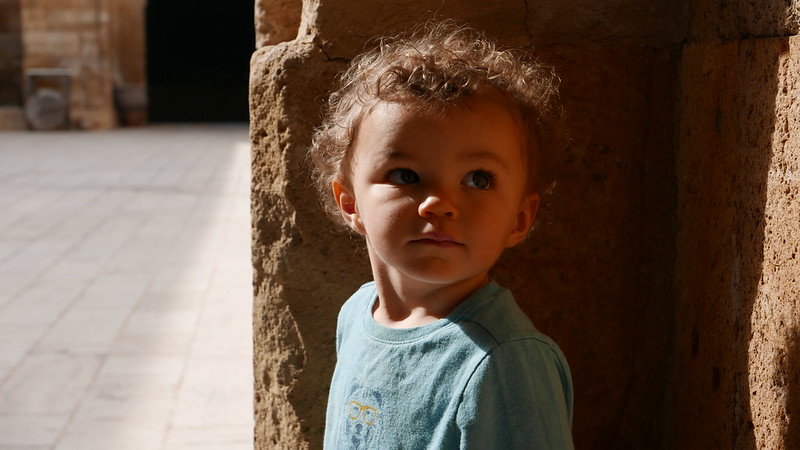 Imagine the hearts that will be broken. 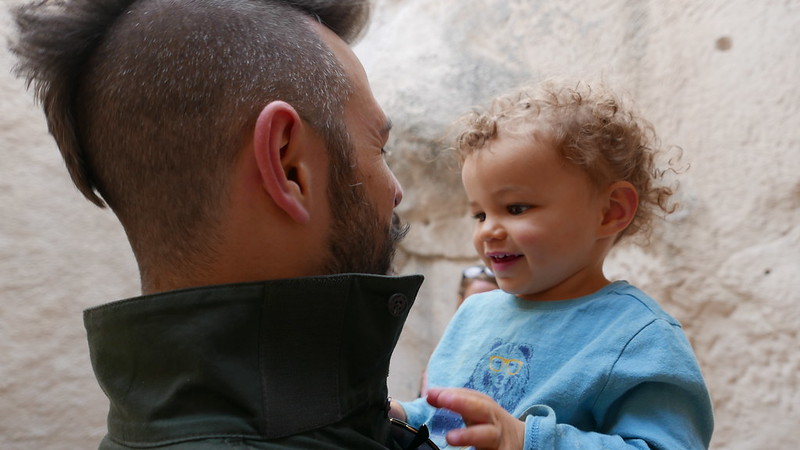 And he tried to eat my husband’s nose. 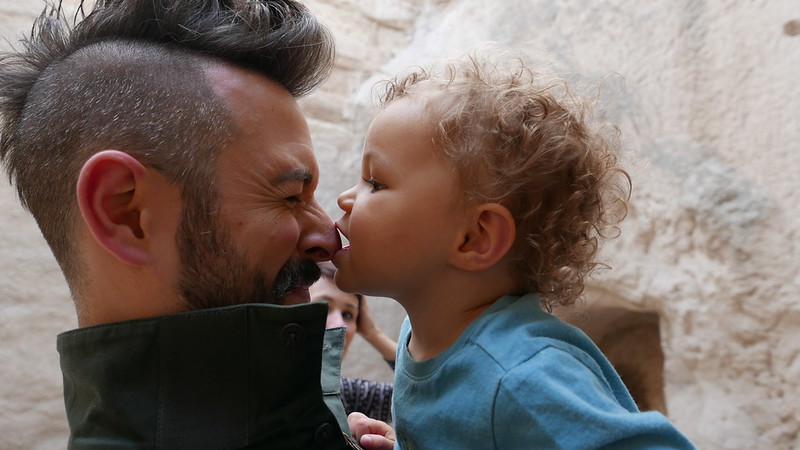 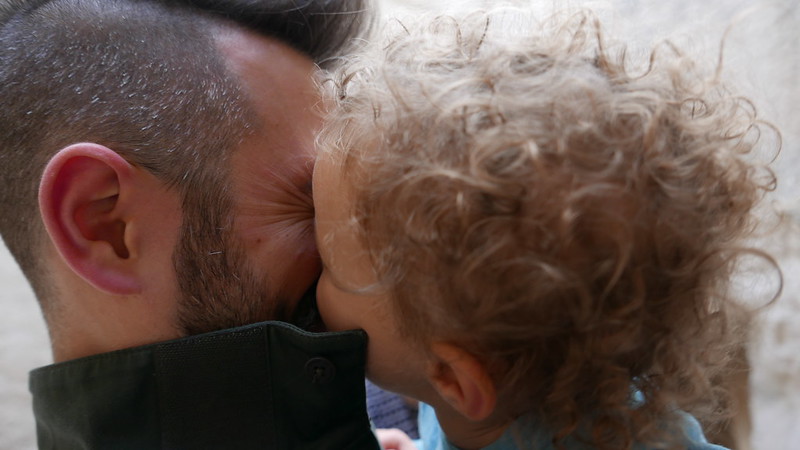 This is my signature move and the kid is totally stealing it.

I was nervous in Turkey. I realized after we left how anxious I’d been. The stories of the coup and the terrorist attacks throughout downtown and the bazaar hadn’t stopped me from exploring those areas, but it had left me with a deep seated feeling of unease. I had fun, I appreciated the beauty of it all, but I couldn’t relax, not for a single second. I asked Rand if he had been at all scared during our trip.

He said only once, when he hadn’t been thinking responsibly, and took the wee one up a steep flight of stone stairs as they explored. 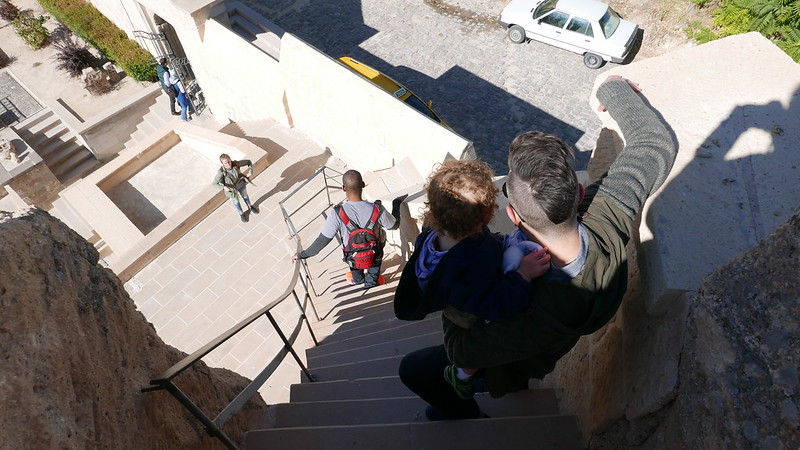 He worried about the tangible, about the things he could control. I worried about what I couldn’t. In the end, we were fine – not simply on those steps, but throughout Turkey. Through the endless spice market and around the mosques and in the airport.

I think of the wee one, who will not remember our trip. He will simply see photos of himself, running towards a camel or trying to grab Rand’s camera in the shadow of the Blue Mosque. 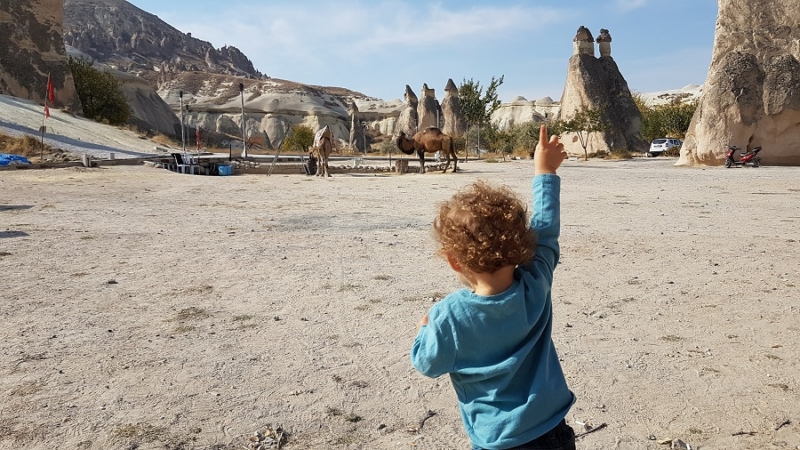 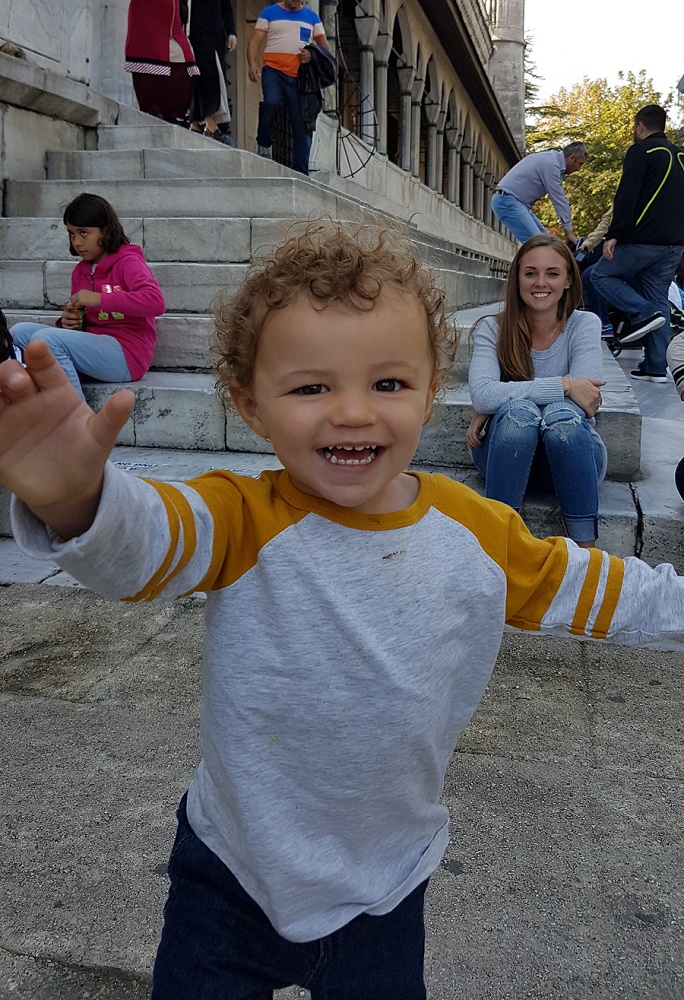 I see his face, looking up at me over the shoulder of his father and Rand. 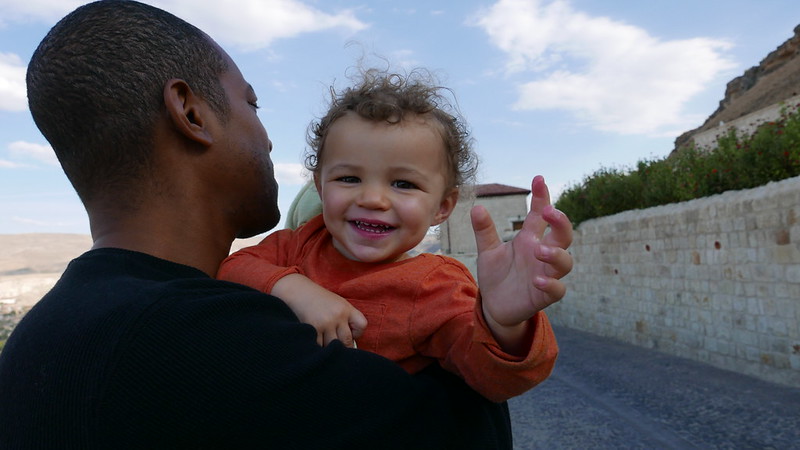 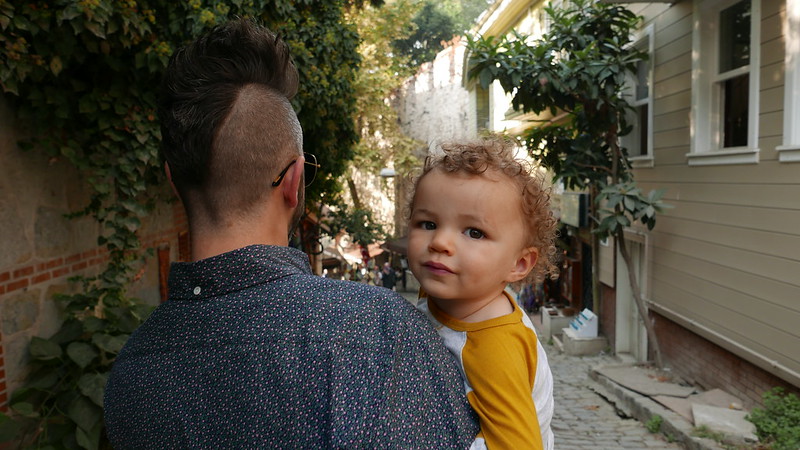 I wonder what the world will look like when he is grown. I wonder what Turkey will be like. And I hope that our first trip there is not our last.