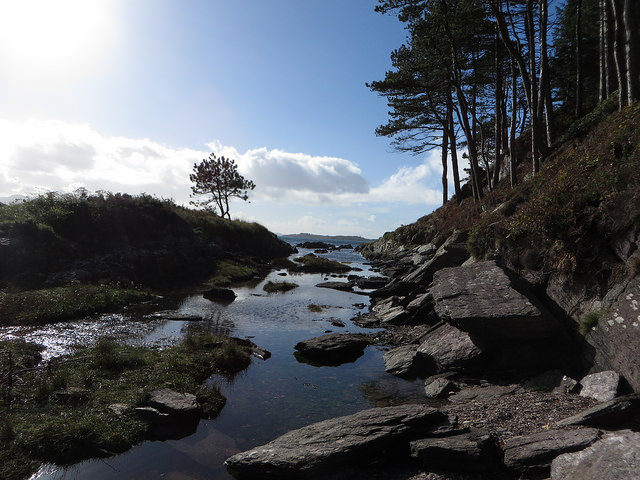 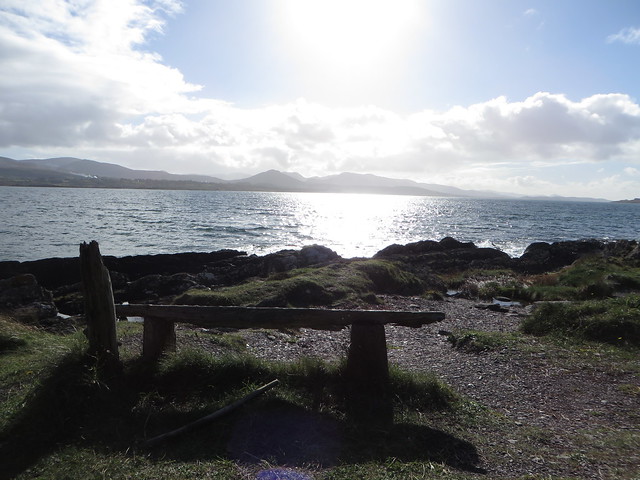 An Irish beach, with a rare moment of Irish sun.

Our friend Hannah warned us that around the town of Cork, Ireland, people became very possessive of their beaches.

I thought I misheard her, naturally.

“This bitch belongs to no man-” I said, waving my finger defiantly in the air. (“See? This is why you aren’t allowed to have a podcast.” – Rand)

But, no, Hannah was referring to actual beaches (damn her adorable accent!). And since Ireland is, well, an island, it has a lot of them. Though I don’t really consider them functional beaches – they’re not really the sort of place where you’d lie on a towel and have a picnic, unless you were wearing a parka. So the idea of people getting all territorial about them seemed sort of crazy to me. Like a brawl breaking over food at an Old Country Buffet.

THERE IS ENOUGH OF THIS TERRIBLE STUFF TO GO AROUND, people.

But Hannah explained to me that this was absolutely the case. She had a friend from Cork who had told her that if there is someone on a beach, you are supposed to keep moving along until you find another, empty one. As though beaches were a finite resource. And if you encroach on someone else’s strip of sand, well, prepare for some serious stink-eye.

“We need to find our own beach,” I said to Rand as we drove around the Ring of Kerry. And considering that it was frigid out, and intermittently raining, this proved an easy task.

We found two. And each was empty except for us, because Irish beaches aren’t exactly in high demand in late fall.

Still, it bears noting: the occasional half-frozen barrage of rain and gusts of frigid wind aside, the Irish coast is beautiful. Clear and pristine and tranquil. It reminded me of beaches back home in the Pacific Northwest. Inhospitable stretches of rocky shore that force you to reconsider the definition of the word, to remember that it is not all sunbathing and warmth. It simply where the earth meets the water.

Our first experience with the Irish Riviera was little more than a gouge cut into the rocks. No shore to speak of – just a cluster of boulders, moss, and tide pools, eventually giving way to dark blue water. 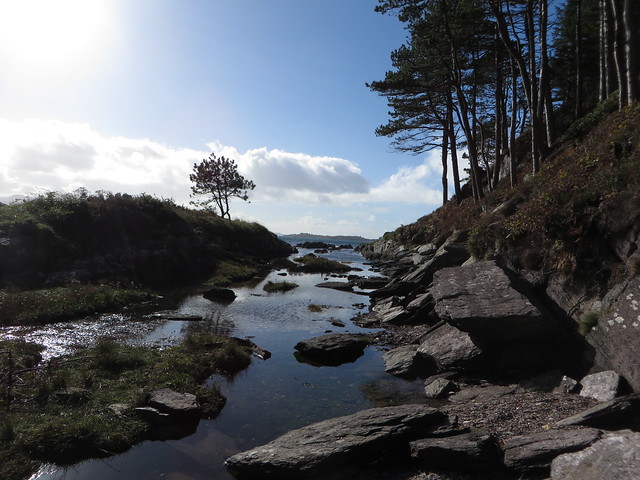 There was sun, but no sand. 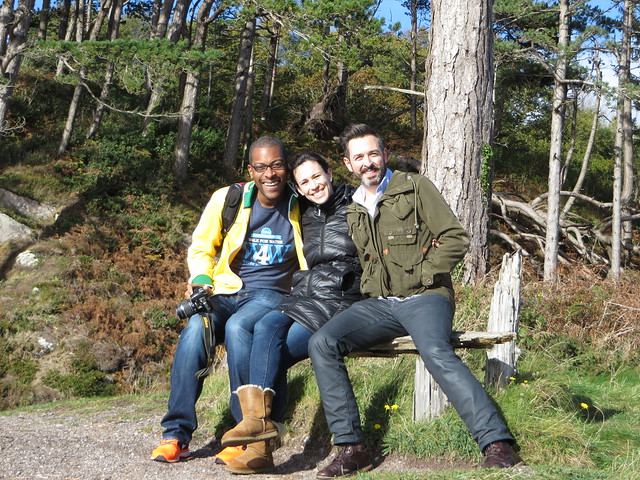 And only rocks underfoot. 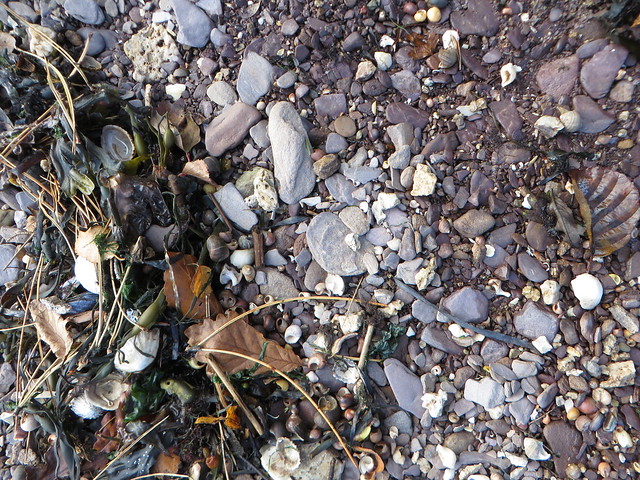 My husband, having spent 36 years on this planet, immediately loses three decades of these hard-earned years when in close proximity to tide pools. 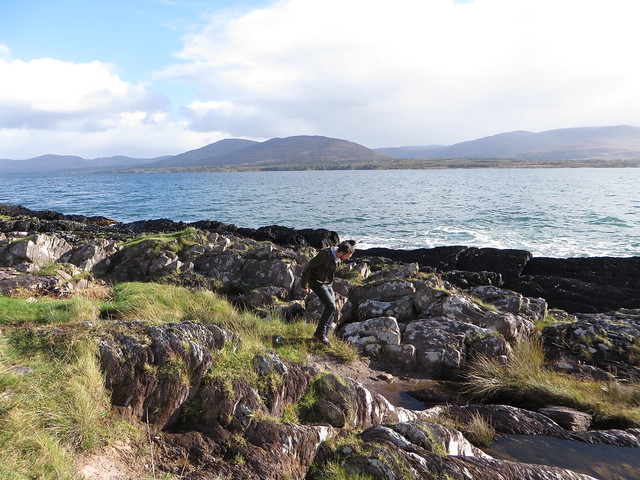 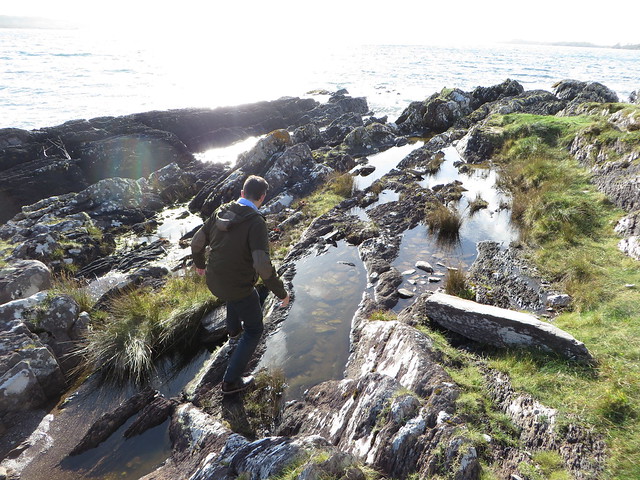 I yelled at him to be careful, and was promptly ignored because he had found a snail. 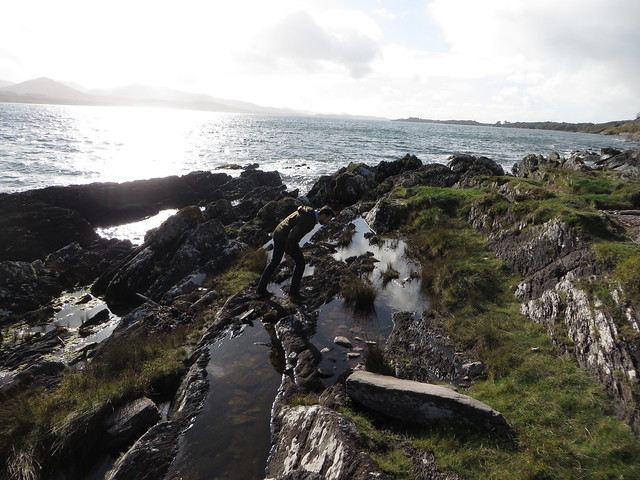 The next beach was a sheltered cove that offered wide stretches of sand, but no sun. The heavy wind dragged dark clouds across the sky, and our excursion was cut short by fat, pelting rain. 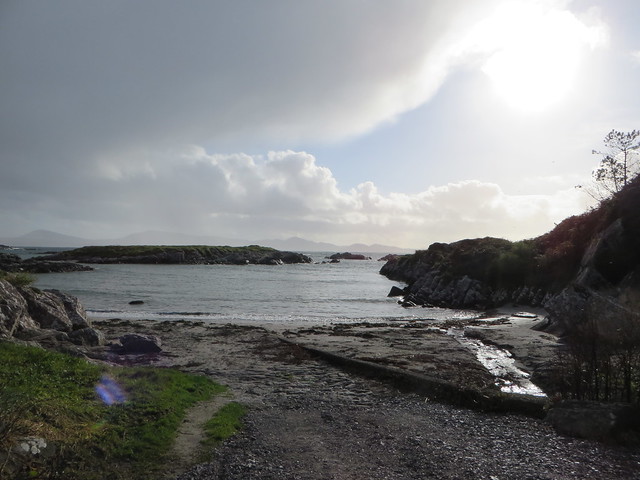 And Rand went climbing along the rocks again because, appearances aside, my beloved is six years old. 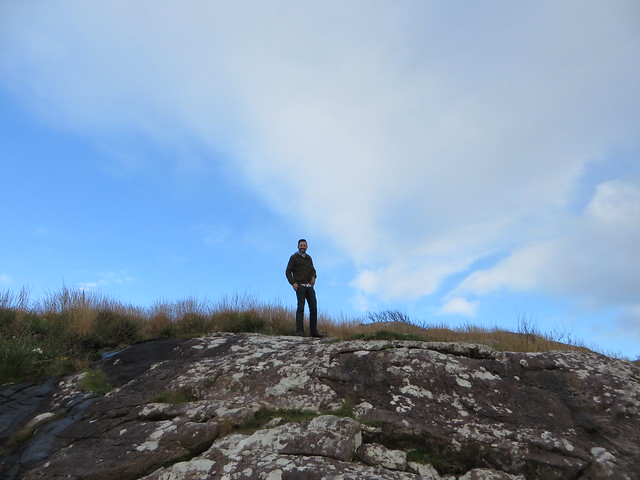 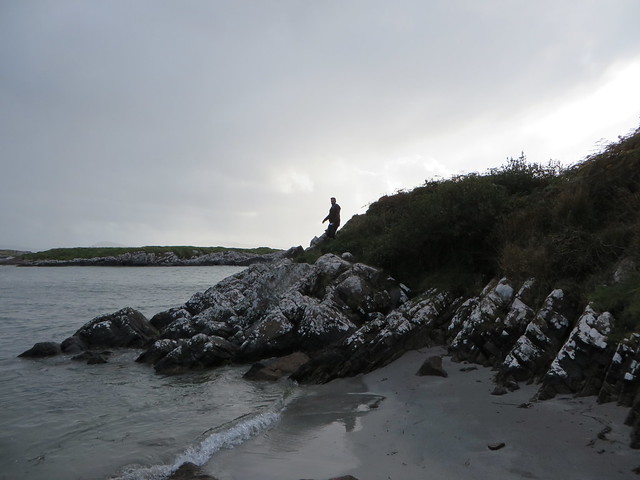 I love him, anyway. There’s no other option.

Just look at those damn eyes of his.

And if someone else had come along, I’d have given them one hell of a stink-eye.