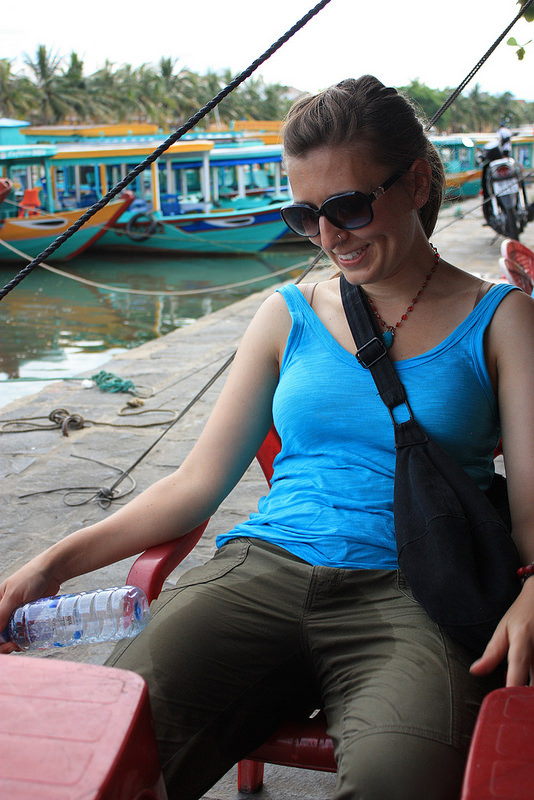 Posted in: "Lifestyle", Nothing to Do With Travel, Random Musings, Rants and Raves

I don’t like horror movies. I think it’s because I don’t find violence or death to be that entertaining. I’m not trying to be holier-than-thou – I just really, really dislike being scared. 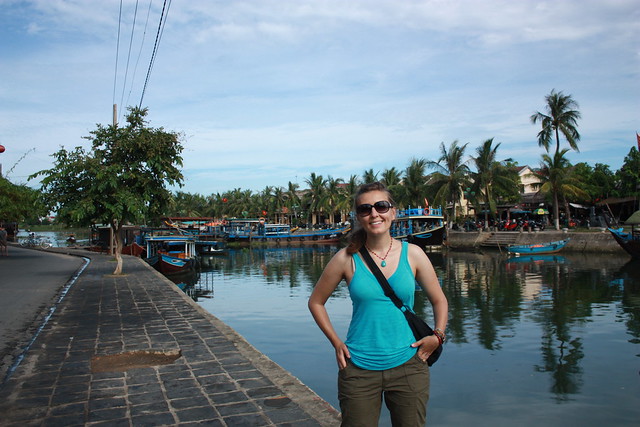 It’s probably because I’m scared all the time, anyway (it’s a byproduct of my anxiety. Basically, any time I’m alone and anything happens, I freak out). So when I see people paying for the privilege of being scared out of their minds, I am incredibly confused, and also start wondering if people would pay for the VR-experience of being Geraldine. I once had a panic attack because of a Boston Terrier. A Boston Terrier. IT’S BASICALLY THE YODA OF THE DOG WORLD AND I WAS SO SCARED I COULDN’T BREATHE. There has to be money in that, right?

The part that I hate most about horror movies (confession: I’ve only seen about three in my life, each indelibly etched into my memory, despite attempts to obscure the images with my own hands or block out noise with the sound of my own whimpering) is the inevitability of it all. You find yourself screaming at the protagonist to do absolutely anything besides what they are presently doing. But there’s no way around it. They’re going to get bludgeoned to death, or they’ll accidentally eat their friend, or they’ll be somehow forced to cut off their own extremities or OH GOD I JUST SWEATED THROUGH MY SHIRT THINKING ABOUT IT.

This is why I’m constantly self-medicating with dessert, people. This shit right here.

I bring up horror movies because they dovetail perfectly into the experience I had at a yoga class I took over the holidays. Things began peacefully and idyllically, and then slowly began to go awry, and my inner monologue began screaming that I really needed to get out immediately but instead I mini-puked onto my rented towel.

As usual, I am hesitant to blame myself, because doing that only leads to introspection and self-growth and no one needs that. Instead, I blame the good folks at the CorePower Yoga.

This is how they describe the class that I signed up for two days before Christmas Day:

When muscle meets yoga, Sculpt is born. Boost metabolism and build lean muscle mass as you move to upbeat tracks. You’ll combine free weights with CorePower Yoga 2 (C2) sequencing and cardio to intensify each pose while mixing in strength-training moves like squats, lunges and bicep curls. It is recommended that you take at least one CorePower level 1 or 2 (C1 or C2) class before a Yoga Sculpt class.

Notice that the phrase: “hotter and wetter than Satan’s lower intestine” is conspicuously absent. I’ve decided that Mark Twain was wrong: there are lies, damn lies, and CorePower Yoga Class Descriptions.

Now, contrary to the Grimace-from-McDonald’s-like physique that I have rocked for the last decade or so, I tend to work out fairly regularly. I do pilates, circuit-training, plyometrics, and TRX, which I’m pretty sure is just a repurposed pre-Industrial Revolution cow harness. Once a week I take a class called Insanity, in which I flail around like I’m being chased by a swarm of invisible bees.

The point is, I’m pretty good at making it to the end of a class without barfing. (Sorry if it sounds like I’m bragging here.)

So I figured that a class which is basically billed as yoga plus weights might be fun and even a little bit relaxing. You know, like how that couple at the beginning of a slasher flick feels as they drive to the secluded cabin they’ve rented for the weekend, not realizing that they’re going to serve as an Old Country Buffet for flesh-eating mutants by Saturday evening.

I arrived early, ignoring the smell of fungus and humanity that imbued my rented yoga mat, and sat down. I had gotten a towel as well, after the woman at the front desk had said, “Oh, you’re going to need one.” I should have realized this portended something ominous, but I’ve read The Hitchhiker’s Guide to The Galaxy too many times to regard a towel as anything but a good idea.

This would eventually be proven true, for reasons I had yet to anticipate.

As more students filtered into class, I noticed two things: they were all chiseled, with sharp corners where their bones jutted into their skin, no padded layer of subcutaneous fat separating their skeletons from their lululemons (which everyone wore, men included, except for me). And they were laying their towels over their yoga mats, the way that I did during those strange hellish years when I thought Bikram was a good idea.

These should have been warning signs – the first two horsemen of the Yoga Sculpt Apocalypse – but I somehow ignored them (the other two would soon follow – a pastel colored iPod pre-loaded with the music of Katy Perry; a peppy 20-something instructor named Becca – but by then it was too late).

The class began slowly, with a few stretches and sun salutations, and I remember thinking how nice it was before Becca (was that her name? Does it even matter?) lost her mind and we all followed her over the edge of that cliff and into the abyss. Her movements became quicker, and I began flashing back to that one time I accidentally ended up in a class called “Cardio Kickboxing” (in my defense, I had just had brain surgery a few weeks earlier).

And then the heat kicked on.

Granted, it was already warm in a room packed to the brim with cut, tanned Southern Californians. And we were frantically moving about like live mice had been dropped down the backs of our shirts, an impossibility for many reasons, including the fact that many people were topless. And now the heater was blasting to life, turning the room into a sauna, as the windows and mirrors became foggy with moisture.

I tried to breathe, an effort which produced an affect akin to trying to inhale a damp sock. As I grew dizzier, my movements became more erratic. I slipped a few times, tried to offer up a cheesy self-deprecating grin at my own clumsiness, but no one saw or cared. There was no camaraderie here. It was jump squat or be killed.

“Are we having fun?” the instructor screamed.

“WHOOOoooOOO!” came a raucous reply. This is how Stockholm Syndrome takes hold.

I tried to think of Stockholm. Cold, pristine Stockholm. It didn’t work. This was the armpit of hell. I checked the clock. 16 minutes. I’d been in class for 16 minutes.

“JUMPING JACKS!” Becca screamed, with the subtlety of a Muppet on cocaine.

In hindsight, I am still not entirely clear on what happened next. But the word “bladder” comes to mind, as does the phrase “completely lost control of”.

I’m pretty sure I peed on myself at that point, and I still didn’t leave class. I feel an odd measure of pride in this fact, which I’m not entirely sure is the right emotion. And yet, there it is.

I was reminded of the time in Vietnam that my entire water bottle leaked onto the crotch of my pants, a half liter of liquid in total, and I, so hot and sweaty and uncomfortable already, realized nothing. 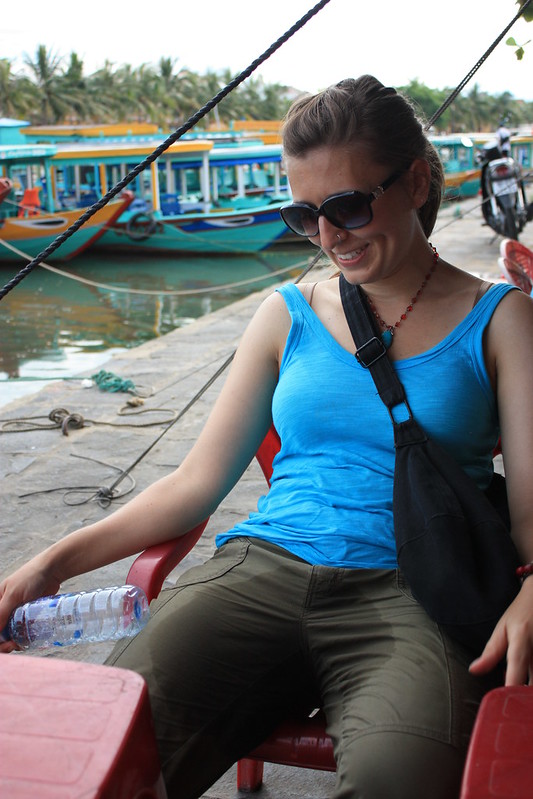 Nicci, bless her, captured the moment on camera. 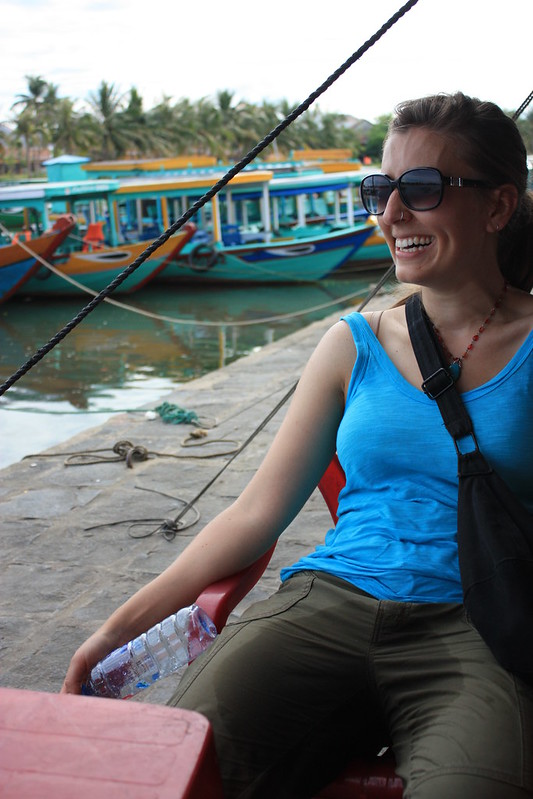 THIS WAS THE GROSSEST I HAD EVER FELT. Until Yoga Sculpt.

Becca’s shouts brought me back to the present. She’d begun gyrating side to side, a high-speed mimicry of the mating dance of some insect I am unfamiliar with. Realizing that I might pass out (and that if I did, those attending to me would note the saturation of my pants), I moved into child’s pose while surreptitiously checking the clock.

After that, it was kind of a bodily fluid free-for-all. I knelt there, forehead against the ground, while the sweat of the people around me fell onto my back like an unholy rain.

My only response to this sickening precipitation was to barf a little onto my rented towel. I stayed there for most of the rest of class, rejoining only near the end, in some pitiful pretense that I’d been participating all along and had not, in fact, spent the majority of the time semi-conscious and leaking from various orifices. There was only one other person who had curled up on her towel, praying for either death or Gatorade (whichever was easier). Everyone else had frolicked like demented insects on a hot skillet until the very end.

“Is this your first class?” the angular gentleman next to me asked when it ended. I stared at him in disbelief. How could it be anything but my first class? It was like asking Marie Antoinette if it was her first beheading.

“JOAN OF ARC WENT TO THE FIRE BUT ONCE, FOOL,” I wanted to scream, but instead nodded mutely. We had no secrets. I was coated in his sweat as much as my own.

“Hey, you did pretty good for your first class!” I’d have punched him for his slightly condescending encouragement but I’d lost control of my extremities a good 40 minutes before.

Wobbly-legged, I headed out. I was so soaked with bodily fluids that I had to place various pieces of paper and clothing on the car seat so as not to saturate it.

I would have cried, but my body had no moisture left.

The class was many things. Horror film. Masochism. Heated cardio barfing. But yoga? No. It was not that.

Essays, Exercise, Nothing to Do With Travel, Random Musings