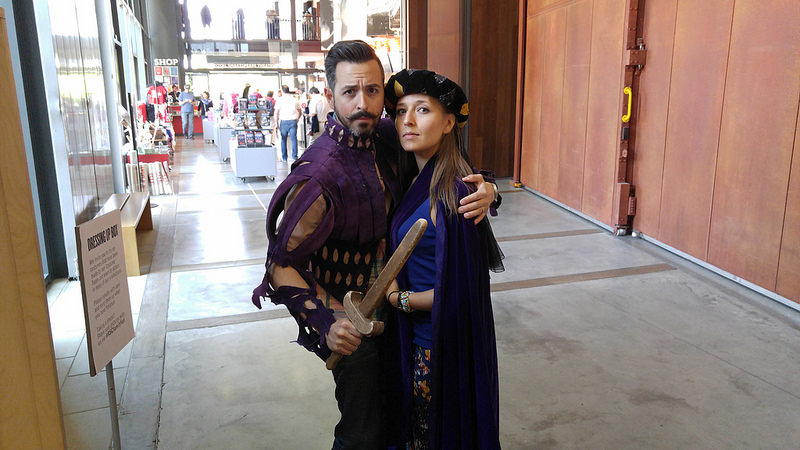 We later reasoned that the costumes were probably there for kids, and not for us. The display in the lobby of the Royal Shakespeare Theater didn’t explicitly say this, but it was implied in the wording of the sign which cheerfully implored us to try on the clothing of Shakespeare’s time, punctuated by far too many exclamation points.

But when has that ever stopped us?

There was exactly one outtake, captured here: 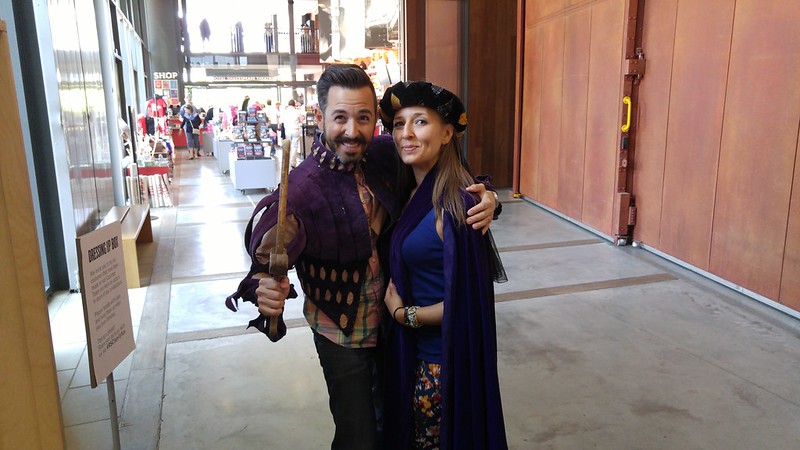 And then this, which might be my favorite photo of us taken in years, courtesy of my brother Greg. 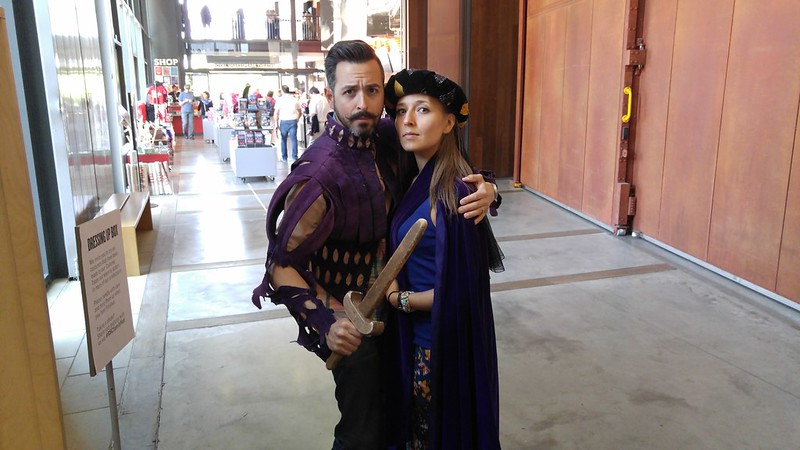 A Rosetta Stone of a photo, revealing things that were hidden to me before. That my husband looks fantastic in a doublet (who knew?), that I can maintain a poker face for 1/10th of a second (barely), and most importantly this: that with adulthood comes the ability to break the rules you followed so diligently as a child. The costumes were not intended for us; we wore them as though they were.

(Sorry for the delay in posting – I’ve been working on the book for the last few weeks, trying to get it in shape to hand off to my – drumroll please – new agent! I’ll be back to regular posting soon, I swear.)