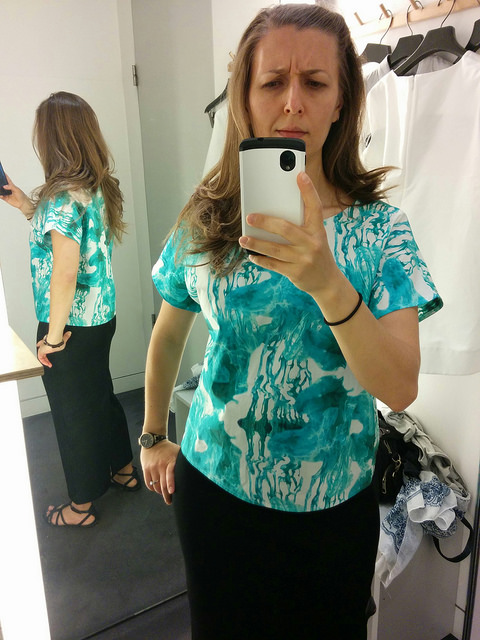 I don’t really understand fashion. Fortunately, I live in the Pacific Northwest. In my corner of the country, I once saw someone wear cargo shorts to a wedding, and there’s a grey-haired, bearded guy who runs around my neighborhood in a rainbow colored skirt, juggling scarves, and absolutely no one cares. It’s wonderful.

Recently, though, I was in Milan, where people seem to look effortlessly composed, straight out of a photo on The Sartorialist. (This was somewhat confusing for me. I own KEEN shoes.) People were wearing gorgeous outfits and looked crazy fashionable (and sometimes just a touch crazy), and I figured I should buy at least one completely impractical article of clothing, because I wanted to fit in and also I was drunk on focaccia.

I wandered into a cute store chain that isn’t even Italian (which sort of defeated the purpose) because I was distracted by something shiny in the window. I ended up trying on a few things.

This shirt sort of fascinated me, because it looks like the drop cloth from a crime scene. On planet Vulcan. 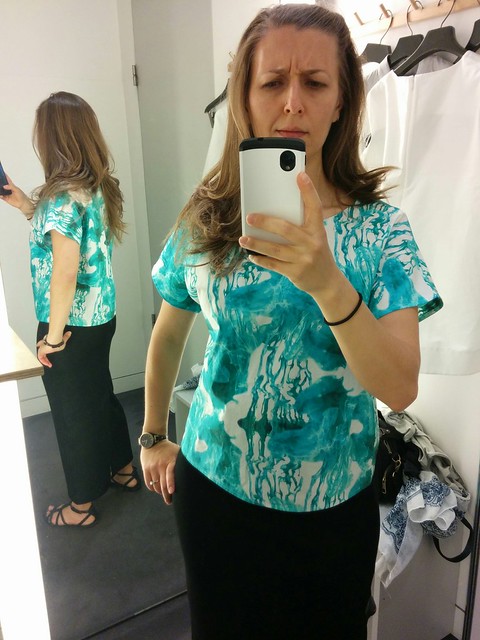 I don’t know what’s up with my face, but this is how I look whenever I enter a dressing room.

It was horribly boxy, which I’ve heard is a no-no, because I’ve got these great, wonderfully big hips, but it was also absurdly comfortable. Plus, I was pretty sure that if I spilled on it no one would notice, provided that I restricted my diet to bubblegum ice cream and Smurfs. 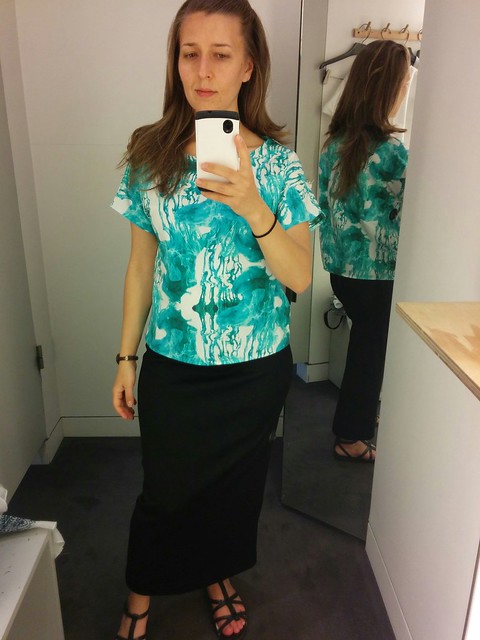 I was kinda digging the skirt, too, in a “it’s a sin for a woman to show her knees” kind of way.

Then I tried on this shirt, which was all sorts of confusing. The front was structured and kind of cute, in a 1950s dentist kind of way. 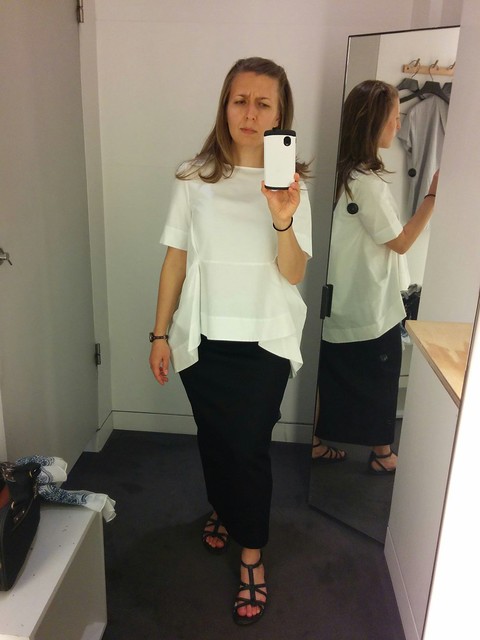 Again with the face.

But the back was crazy voluminous. It was like a tent. 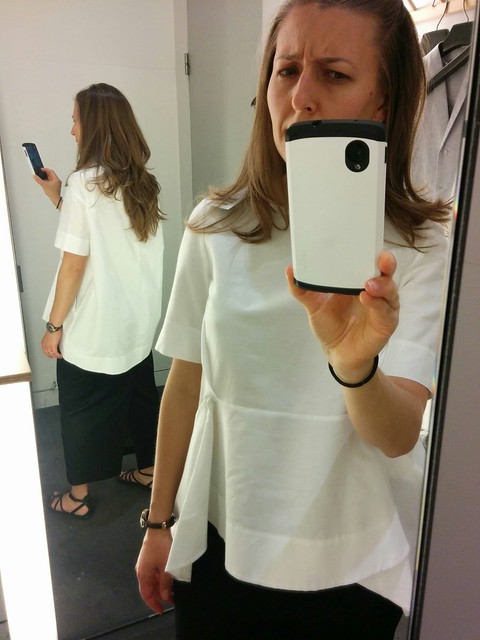 Which I suppose could come in handy if, say, you have really fat kidneys, or you are secretly a ninja turtle, or your uterus is in the wrong place and you are trying to hide a back-pregnancy. But if you wear something like that, you just know that everyone is going to whisper about how you are probably back-pregnant, and that’s always awkward.

I ended up buying the tie-dye Rorschach test shirt, because it was comfier. But the problem with buying something fashionable is that you start thinking that you really are fashionable, and then you leave your hotel room looking like a spokesperson for M.C. Hammer’s new line of travel wear. 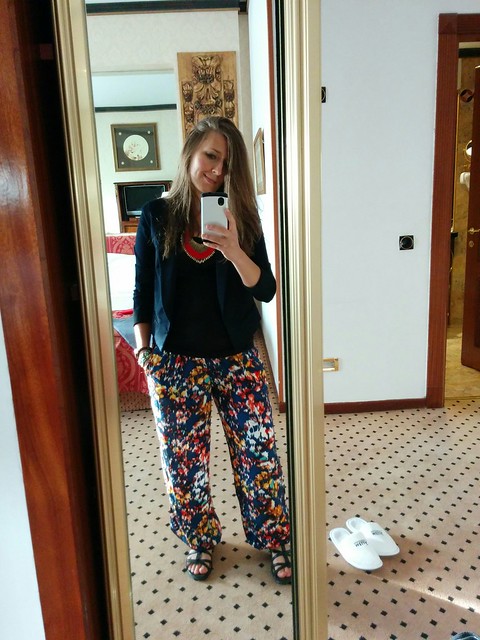 I almost wore my new shirt with this outfit, but thought I’d look like a walking homage to Jackson Pollock. I mean, more so.

I just pretended that I looked crazy-en-vogue instead of regular crazy. Which I’m pretty sure is what half of the population of Milan does, anyway.