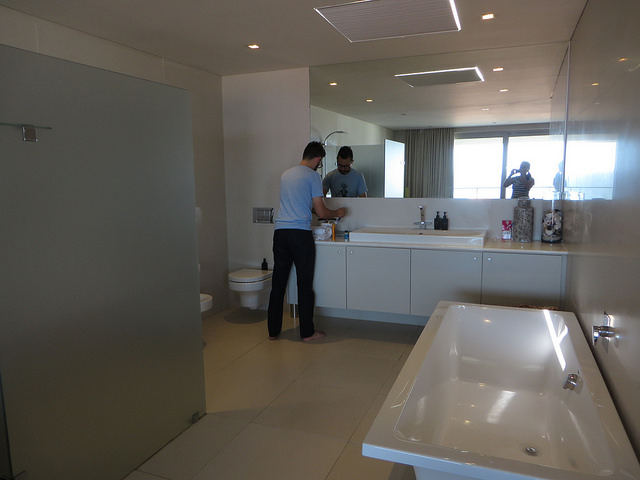 When we were last in South Africa, I used the most amazing toilet ever (we saw other stuff, too, like penguins and spring bok and geckos. And yet, this post is about toilets).

I also used one of the weirdest toilets ever. It was in the house we rented in Camps Bay, which is not too far from Cape Town. The house was lovely – here’s the view from the deck that was in our bedroom: 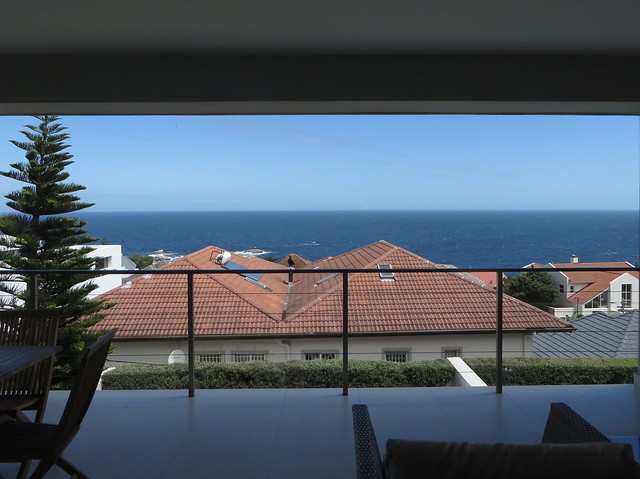 But, to quote that oft-used travel proverb, the bathroom was where things got weird.

Here’s the toilet and the bidet, which are positioned nice and close together, in the event that you and your spouse wish to utilize them simultaneously while holding hands. I suggested to Rand that we try this, and he said no because I guess he doesn’t love me very much. 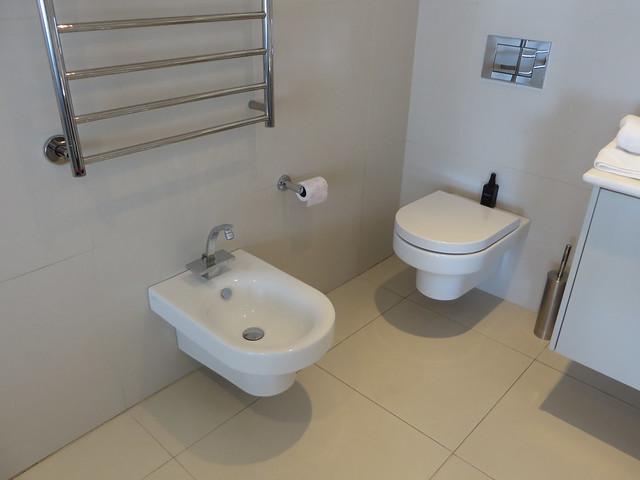 This wasn’t the weird part, though.

Actually, if you look straight at the bathroom, it all seems pretty normal and frankly, kinda great. There’s a nice big sink, and a tub, and behind that frosted glass panel at left is a shower. 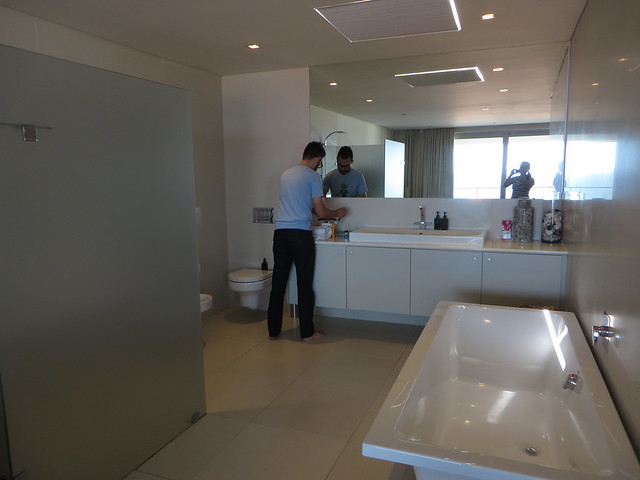 But then you step back a little further … 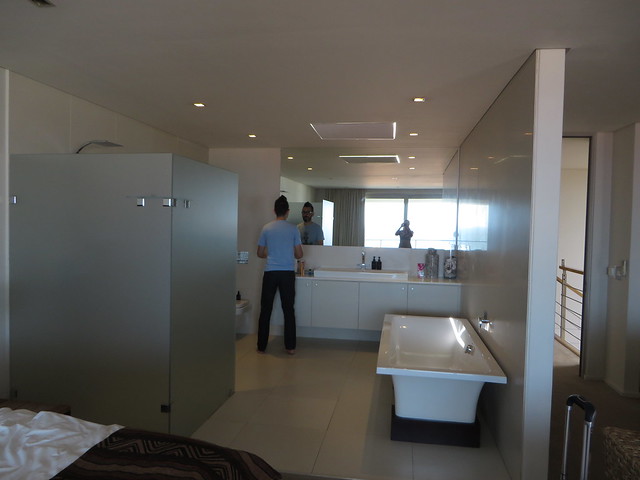 Huh. That’s kind of weird. What’s up with the wall at the right?

And a little further still. 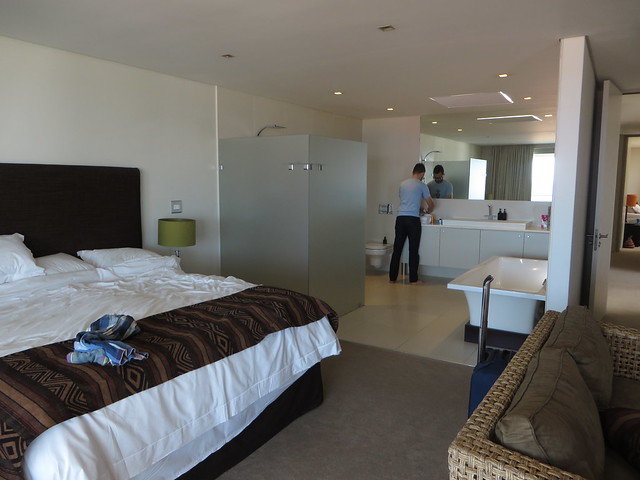 And you find yourself directly in the middle of the bedroom. There was no separation between the two. Just one big room, the entirety of which occasionally smelled liked crap.

Though my husband and I have been together for 13 and a half years, and the secrets between us are few, this layout was not ideal.

“You reading your book over there?”

“That’s great. I’m going to need you to leave.”

“I need to drop a deuce, so you need to get out of our entire bedroom.”

“For me to be done, or for the air to clear? Because those are two very different numbers, Rand.”

I’m guessing this interior design abomination came about because the architect wanted to eliminate the the most annoying part about using a toilet: the whole “opening the door and stepping inside another room” aspect. Or maybe he was just bummed that he couldn’t poop and bathe in front of an audience. 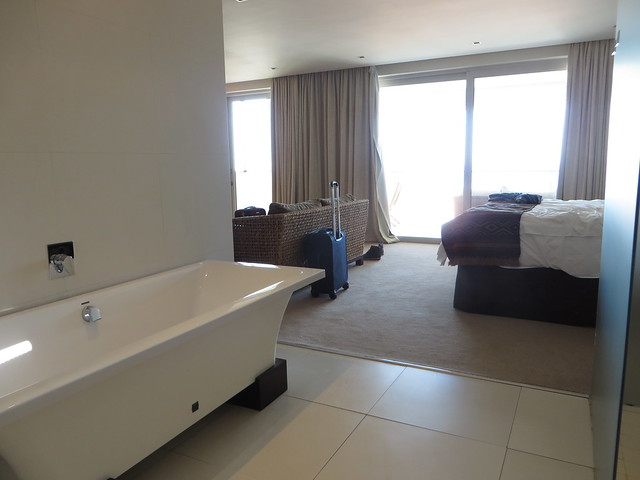 Or perhaps he just wanted to jump directly from the bed into the bathtub, because he was playing that game where the carpet was lava.

Whatever the case, hats off to a man who didn’t let “being drunk or maybe on drugs” stop him from getting the job done.