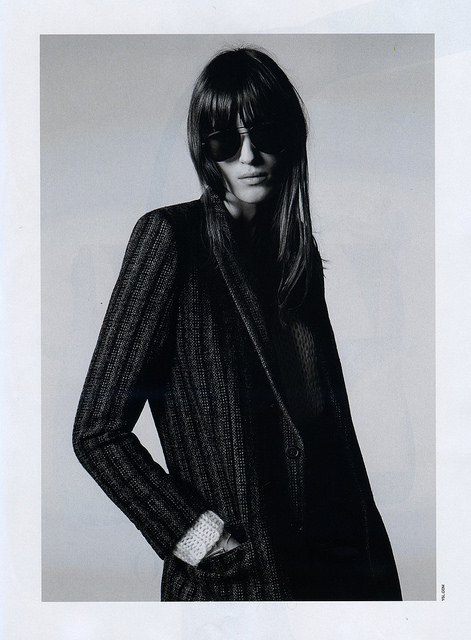 Posted in: Nothing to Do With Travel, Rants and Raves, Top Ten

Sometimes, during our travels, I will purchase a fashion magazine at the airport. It’s a terrible idea: they’re expensive and they don’t make me feel good about myself, but for some reason, I keep buying them (note: this also applies to skinny jeans and ten-pack-passes to barre class. Sometimes it’s nice to pretend we’re something we aren’t).

I will read my glossy rag with an optimism that is in no way grounded in reality, hoping to find an article about how the new trend on the runways is a Streisand-esque nose, or how eating cake is good for you. I repeatedly strike out on those fronts, but once, I found a piece in Cosmo about how going braless was in vogue.

I immediately unhooked mine, pulled it out through the sleeve of my shirt, and flung it across our hotel room while yelling, “I AM FASHION.”

My husband was somewhat confused, but nevertheless appreciated the gesture. In hindsight, I suppose the article was targeting skinny girls with perky boobs, but I’ve always been egalitarian when it comes to eschewing lingerie. 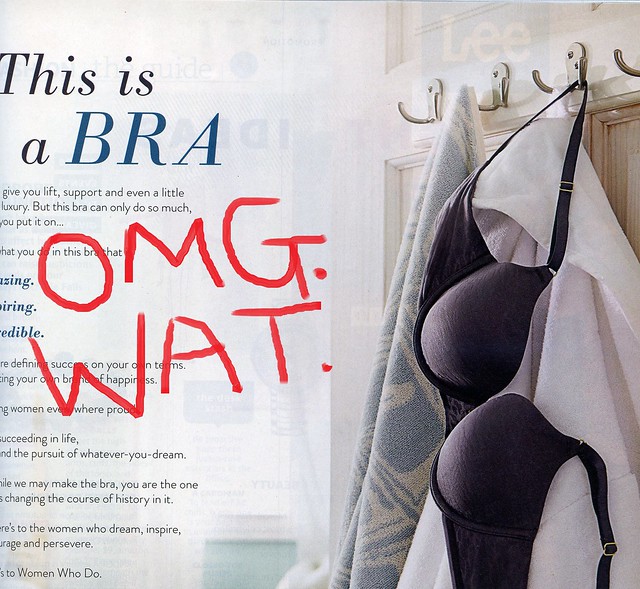 Actual ad from one of my magazines. Giant sarcastic red letters are my own.

Letting the girls hang loose for an evening is probably the high point of my relationship with women’s magazines. I repeatedly blow $7 on a bound stack of pages that is mostly comprised of full-page spreads for products that make me want to stab someone in the eye, and the occasional advertorial about how the key to making any marriage work is effective depilation of everything below the waist.

The simple solution would be to stop buying these miserable manuscripts in the first place, but THEN what will I do when I’m at 30,000 feet and I’ve already finished my book and eaten all the loose Tic-Tacs at the bottom of my purse?

Besides, these magazines help me focus my anger, which worked really well for Luke in Return of the Jedi. As such, I have compiled a list of things that I come across on a regular basis in women-targeted magazines that make me particularly rageful.

My husband, I should note, was unaware of what half of these things even were.

I’d be remiss, though, if I didn’t note that amidst all the crap, there wasn’t occasionally something surprisingly delightful. Like when a prominent brand depicts a same-sex couple in one of their ads: 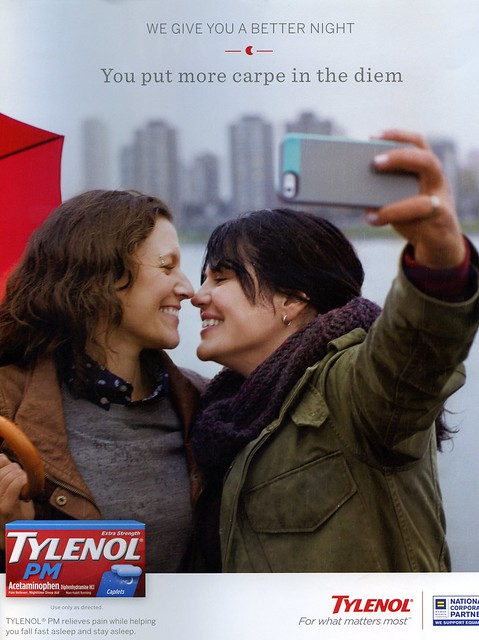 Granted, it’s still a bit tame, but whatever. Progress is progress.

Nothing to Do With Travel, Top Ten