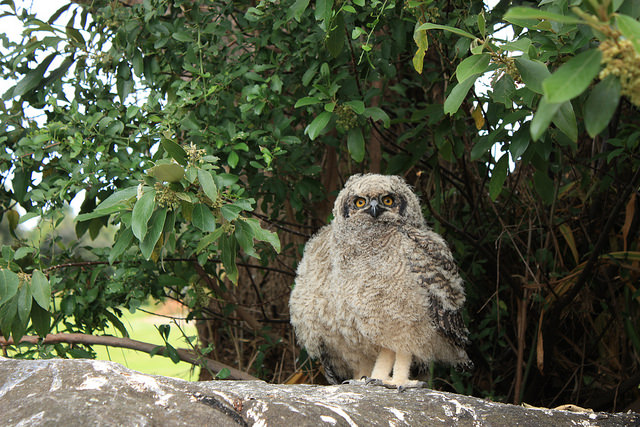 I was tempted to once again use last week’s gimmick – of attempting to write about the Holy Grail, but getting distracted by my fascination with flightless birds – at the beginning of this post. But I didn’t want to exhaust the joke and besides, I don’t need any pretense here: this post is about baby owls.

Baby. Owls. I dare you to find something more important on this plane of existence. 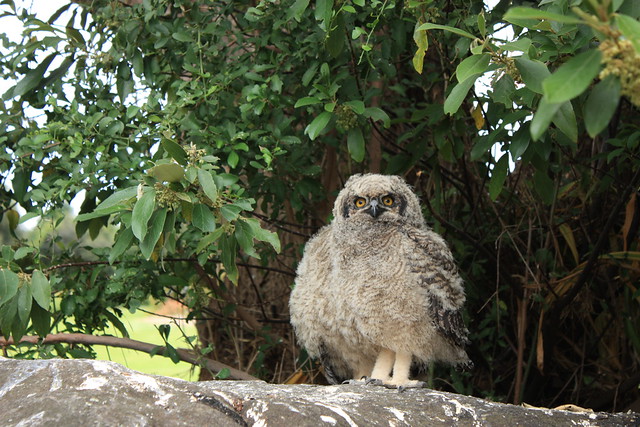 Technically, we’ve not left the theme of flightless birds – these owls couldn’t yet fly, and so sat on a rock, under the watchful gaze of their mother, who perched in the trees above. A group of photographers, both professional and amateur, huddled around the birds, but I felt it better to keep my distance and rely on whatever alchemy my old, abused camera lens could offer. (As such, my apologies. These photos are not as clear as I would like, as I was standing further away.) 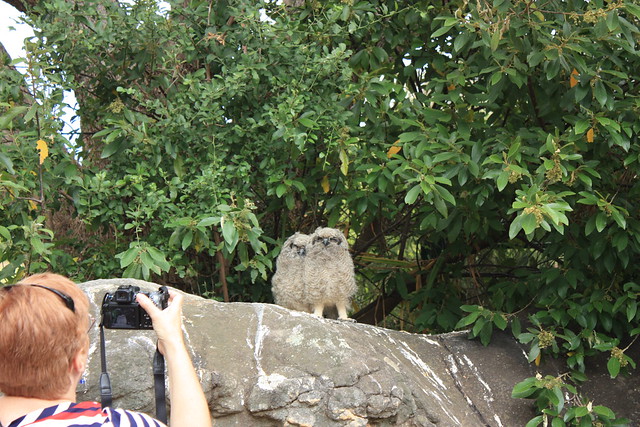 Some woman getting way too close to these guys. 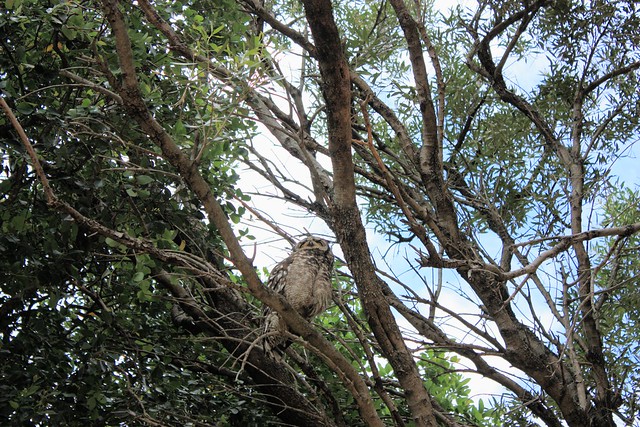 But it’s cool. Momma’s keeping an eye on things.

I’ve often been wary of owls. I didn’t need to work to imagine what a mother would do if she felt her owlets were threatened – there was evidence nearby, in the form of a decapitated snake. 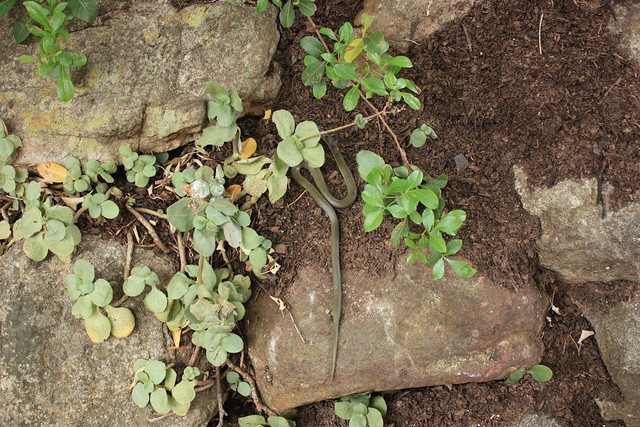 We unexpectedly found them all at Kirstenbosch, where, fittingly enough, we unexpectedly found ourselves. We had intended to go to Table Mountain but it had been closed for several days prior due to weather, and now that it was finally open the crowds were brutal. A three hour line to get to the top. 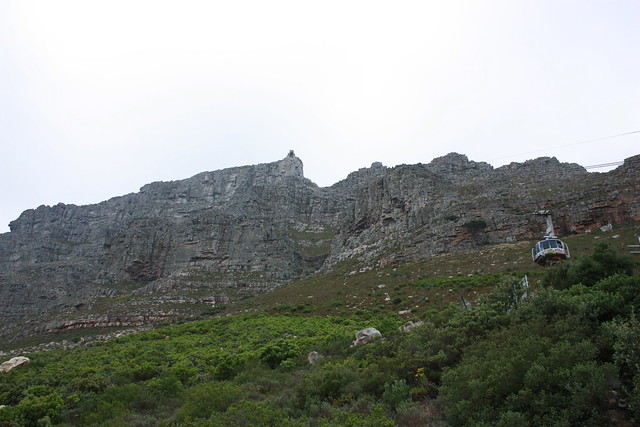 The closest we got to Table Mountain.

We told ourselves it wasn’t worth the wait – I relied on my ignorance to protect me here, because I don’t quite know if this is true or not. We’d tried to go once before on our first trip to Cape Town, and the same thing had happened. That, I think, was how we ended up at Kirstenbosch on that first trip. And it’s how we ended up there again on this one.

As consolation destinations go, it is not at all a bad one. I’ve written about Kirstenbosch before – noted how it is one of the most botanically diverse places on the planet, how it has one of the highest levels of endemism (i.e., species that exist no where else) in the world, and even made the obligatory horticulture joke.

I could rehash all of that now, in this post. Or I could show you more photos of baby owls.

Guess what I’m going to do. Go ahead. Guess. 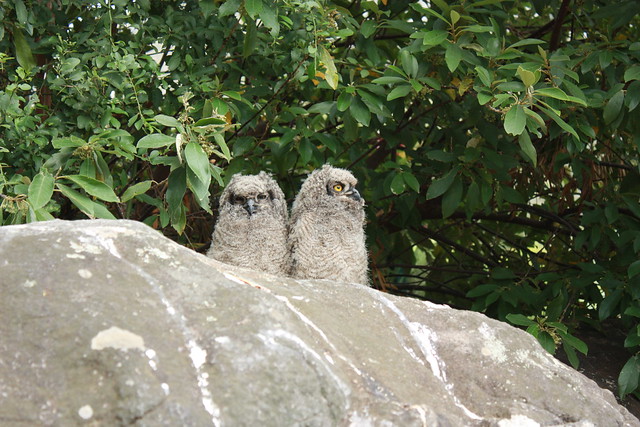 I particularly love this photo, because it looks like one of the owls is checking with the other owl before talking to us. 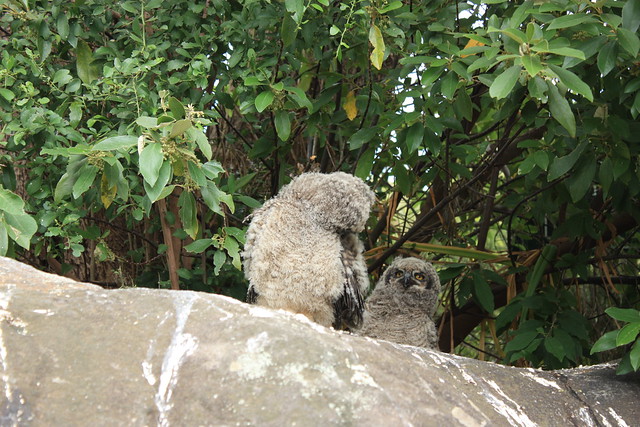 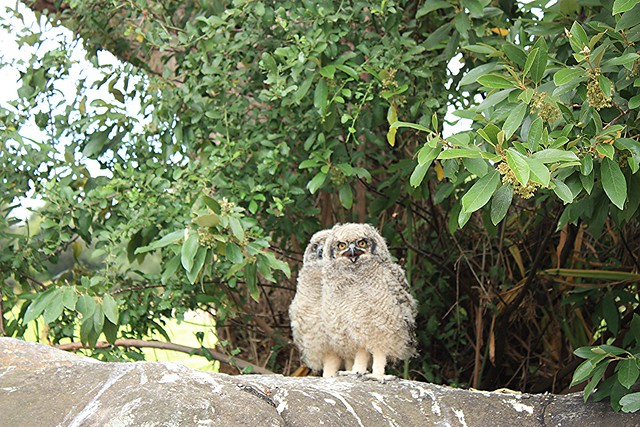 “HEY BUDDY, I SAID NO PHOTOS!”

AND OMG HERE THEY ARE SNUZZLED TOGETHER WITH THEIR EYES CLOSED. 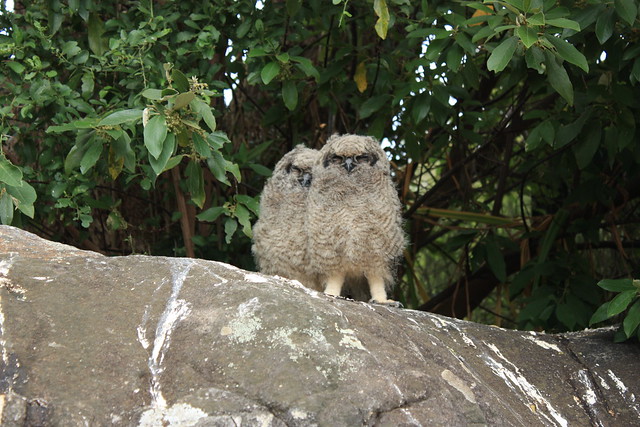 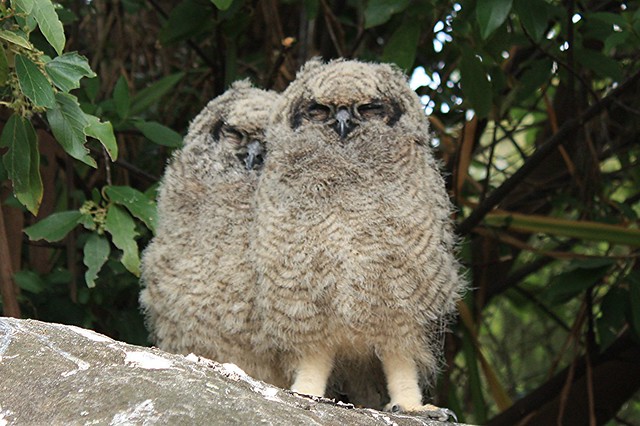