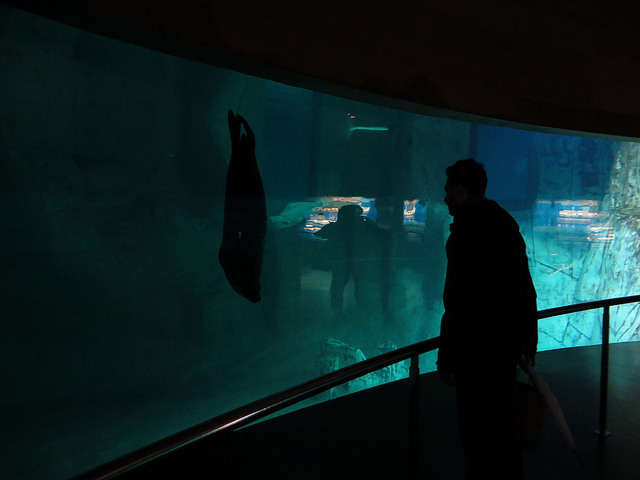 We went to the Aquarium while we were in Valencia. It’s often what we do when we’re visiting a city and it’s raining outside – an unplanned tradition, one that formed slowly, but one we’ve stuck to nevertheless. L’Oceanographic Aquarium at the Ciudad of the Arts and Sciences is rather sprawling; Rand and I easily lost track of one another.

Near the seal enclosures, he disappeared. I rounded a corner and found him like this. 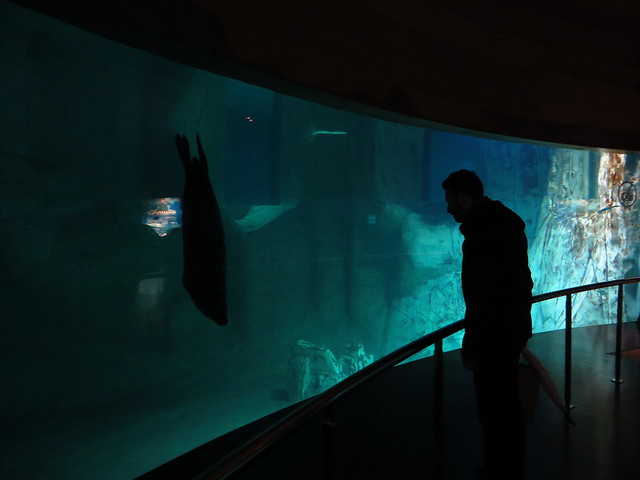 Rand and a harbor seal, quietly studying one another. Or studying as well as you can when one of you is upside down. I watched the two of them for a long minute. Rand would tilt his head, and the seal would do the same. Neither showed any sign of going anywhere.

I stood back from them, knowing that if I approached, I might scare the pup off. I took a few photos in the darkness, able to make out only their silhouettes. 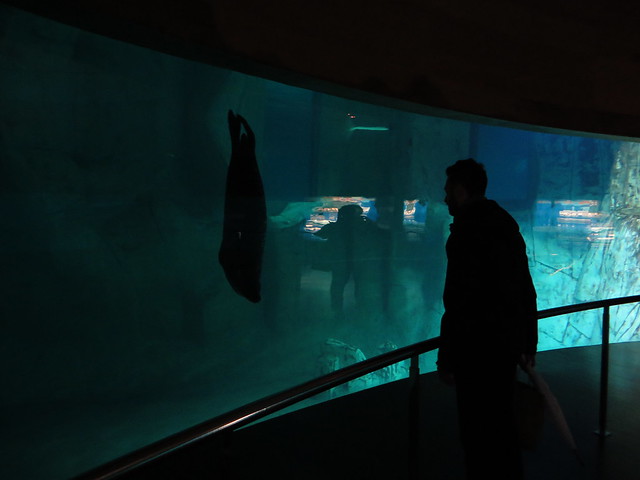 Eventually, a group of tourists spotted the seal and ran over, extending out their arms towards the glass and snapping photos. The seal turned towards them, then back to Rand as if to say, “Wait, are these assholes with you?” before swimming away.

I like to think that it had been there just to see him.

Moral of the Story: If you go to an aquarium, don’t let your husband out of your sight, because seals are unmitigated flirts, and will totally try to steal him away.