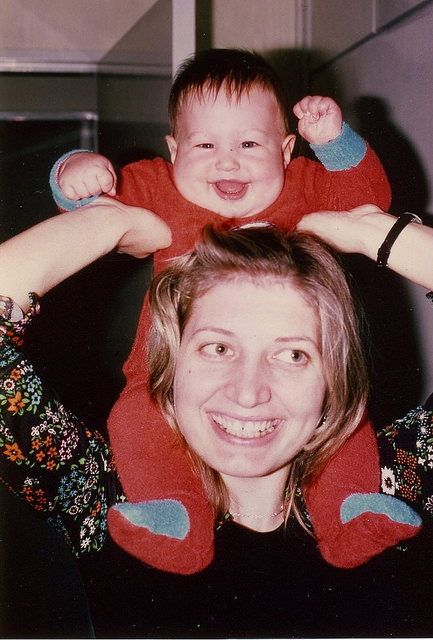 A few weeks ago, I wrote about how my brother, mom, and I all got 23andMe kits for Christmas. Today, I wanted to discuss the results of what happened after I spit into a vial and mailed off. 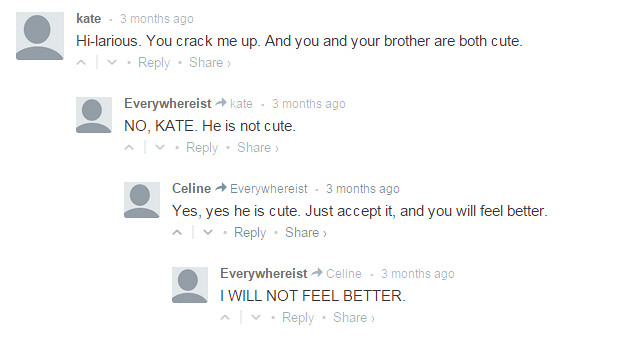 I have tried coming up with an appropriate response to these comments, and how they make me feel, and the best that I can do is this: tonight I hope you are plagued by nightmares of walking in on your parents during sex. And walking in on your grandparents. And any other dear old person you love. I hope that whenever you close your eyes in search of the golden dew of sleep, you will see their sweet wrinkled faces contorted in ecstasy. That is my curse upon you.

Phew. Okay. Now that all that housekeeping is done, let’s talk about our results.

Sadly, Edward did not make good on his promise to create a fake page of results in order to convince my mother that either 1.) she and dad were closely related or 2.) Edward or I was not his biological child.

I think that would have been pretty hilarious though, and I hope he keeps it in mind for next Christmas.

Here’s the thing: the results revealed nothing we didn’t already know and fear. My brother remains my closest biological relation on this earth (I’m sorry, Edward. I truly am. Mostly for me). And my parents are from pretty much exactly where they said they were from.

I suppose, in some respect, that’s a little surprising. Sometimes I tend to question the validity of my mom’s claims. She’s not being willfully misleading (she is the worst liar EVER. It’s almost a joy to behold), it’s just that she perceives the world a little differently than most people.

Like the time she thought that Rand and I dressed up as Jerry Sandusky and his wife for Halloween (we were actually supposed to be the kids from Moonrise Kingdom).

Or the time she inexplicably gave my brother and me Twilight board games for Christmas (she laughed hysterically for, like, 20 minutes after we opened them). 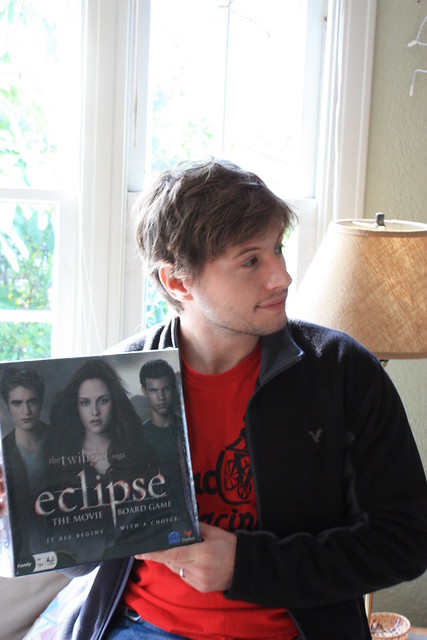 So I guess it was a little surprising to find that her genetic makeup was exactly what we thought it would be. She’s Italian. That’s what her initial results said, and it’s what her updated results said.

My mom was disappointed to hear this. I think she’d have preferred something like …

50% Unknown, Non-Earth-Origin Species (OMG, MOM, YOUR THEORIES WERE CORRECT! And to think, we all said you were mad.)

But nope. Just mostly Italian. (I once thought that this explained everything, but then I went to Italy and found that only some of the population is nuts. So my family remains crazy.) 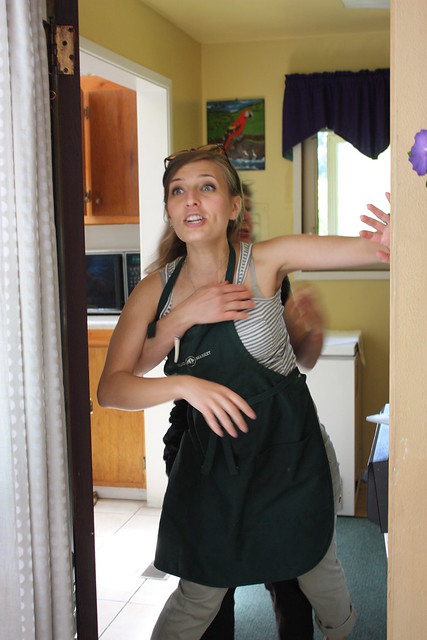 This is one of my favorite pictures. It’s my mom, trying to physically throw me out of her kitchen because I attempted to do the dishes.

The updated results also revealed that she was nearly 8% Middle Eastern, which I thought was fascinating, but Mom found entirely unsurprising.

“Well, that makes sense,” she said, and then FAILED TO ELABORATE ANY FURTHER. I’m going to pretend there’s an incredibly interesting story in there, but the reality is probably just that Italy is very close to North Africa and the Middle East, and so of course Italians have genes from those places. 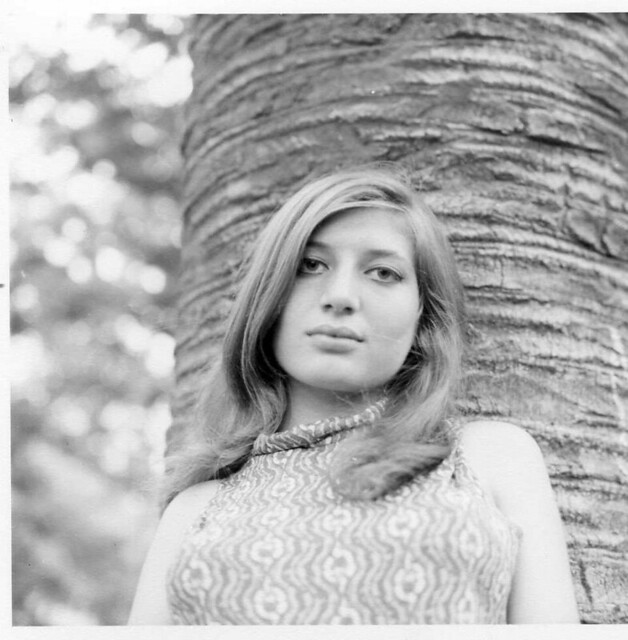 This is my mom when she was 15 or 16. It was always one of my favorite photos of her.

My results were equally unsurprising. I’m mostly Italian on my mom’s side, and mostly Eastern European on my dad’s. I’ve always wondered if my dad was Russian or Ukrainian (that detail was always a little vague to me) and when I once asked him about it, this was his enigmatic reply: 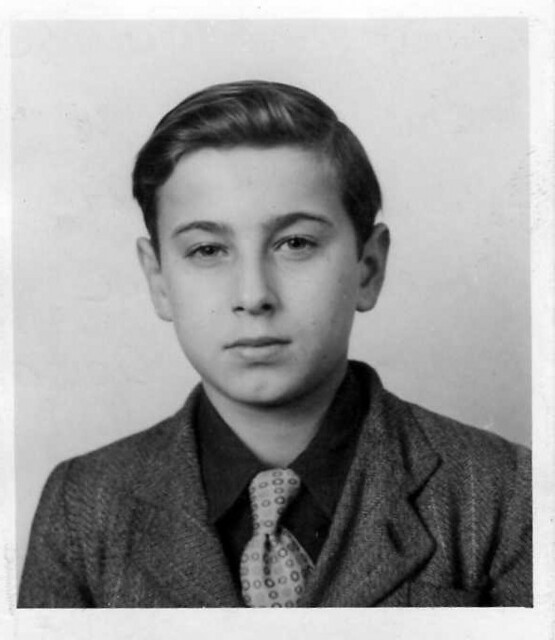 My father, as a shockingly serious child.

Honestly, sometimes it makes no sense to me that my parents were ever married, and then sometimes they are both so oddly cryptic in the same way, that I get it. They were drawn together because neither was really sure what the other was talking about.

Anyway, 23andMe didn’t answer any questions I had about Dad’s ancestry – it isn’t able to delineate between Russian and Ukrainian (unsurprisingly – it also groups together British & Irish and French & German). I did learn that I’m a smidge Jewish on my dad’s side, which delighted me.

But this tiny wedge of the pie seemed kind of insignificant when compared to Rand’s results: 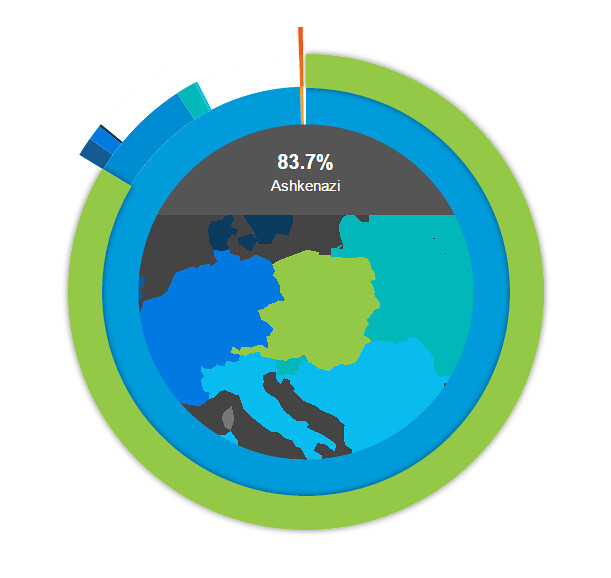 We are fairly certain the remaining 16.3% is matzo.

And what of my brother, on whose (gag) attractiveness you all insist on commenting? What about his results? 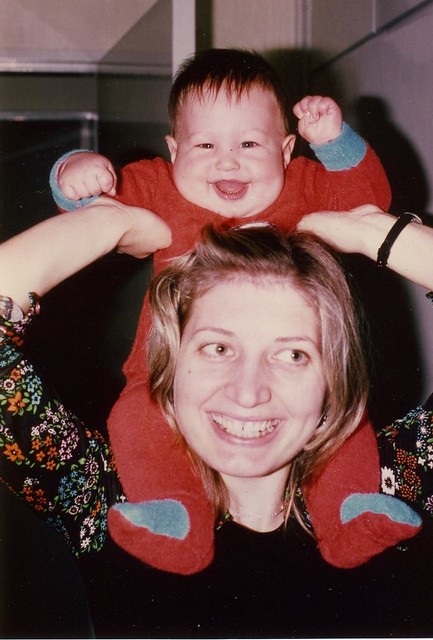 Here is another photo of him as a fat baby, with my mom. It might be the best thing I have ever seen.

Equally unsurprising. He’s mostly European, a tiny bit Yakut, and almost 100% dickwad. But I think those latter genes are recessive, because my nephew is awesome.

That’s the thing about 23andMe – if you don’t have any idea what your ancestry is, then the results will definitely a revelation. But if you are new to America, and can easily trace your family’s roots back, then you already know a big piece of the puzzle. I’m almost 100% European. Nearly half Italian, and half Russian.

My results just confirmed what I already knew. But even if they had revealed something surprising, I doubt things would have changed. My family is my family, whether I chose them or was saddled with them. 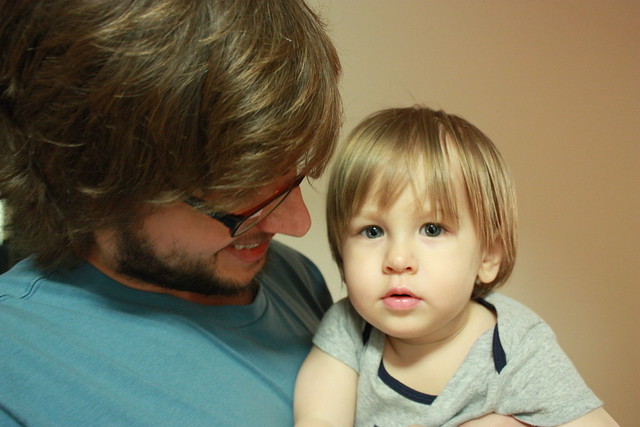 My bro with my nephew.