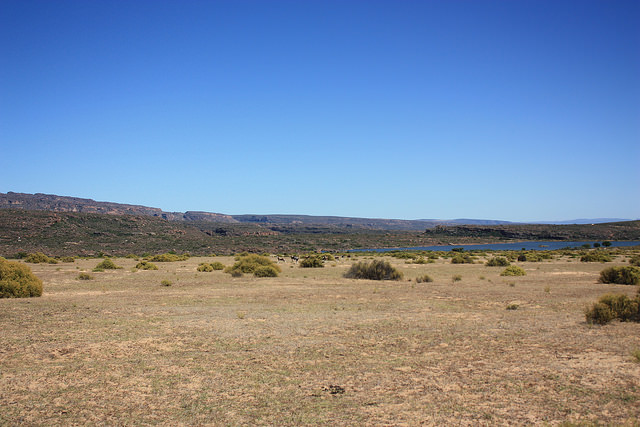 Sometimes I am inclined to sit and reflect upon the goals for adulthood that I had as a child. How I vowed that I would stay up as late as I wanted, and I wouldn’t have to get up for school, and I’d eat whatever I wanted, whenever I wanted. But then actual adulthood crept in, and I found that a lot of these goals were abandoned. Last night I prepared a balanced dinner of mostly vegetables before going to bed at 9:45.

I woke up at 5am this morning, without the added benefit of an alarm clock. This is, for the most part, a result of jet-lag, but I’d be lying if adulthood didn’t play a role. A much younger, more stubborn me would have forced herself to stay up later (aided by the stimulant-like effects of cake for dinner), before crashing on the couch, fully dressed. She would wake, disoriented, in the middle of the night, watch several hours of television, and then sleep until the afternoon.

But grown-up Geraldine has developed the peculiar habit of listening to her body. And consequently, her commitment to the hedonistic aspirations of her youth have waned.

Thankfully, I have Rand.

Let me be clear: he is, in many ways, far more responsible than I will ever be. He is gainfully employed, and absurdly dedicated to his job and this little family of ours (population: 2). He is capable and generous and walks to work and back – a total of nearly three miles – every day.

But sometimes, he is gripped by inclinations that would make 11-year-old me proud. We’ve just returned from Spain, where he spent his days seeking out and comparing different variants of the humble churro. When he wasn’t ingesting one, he would sing songs about the fried confection as we walked down the twisting streets of Valencia.

It’s the eye of the churro, it’s the thrill of the bite/ Rising up to the chocolate that is vital …

And when we were in South Africa, he took it upon himself to creep up on the springbok that lived on the reserve at which we were staying. He did so with permission from our guide, of course, who was perplexed by the request but soon realized that the springbok were more likely to hurt Rand than the other way around.

That, I suppose, is the magic of adulthood, distilled. The ability to act on your childish impulses while fulling knowing the potential consequences, and readying yourself for them. The thing is, we tend to focus on the latter – on the myriad of bad outcomes – rather than indulging in the former.

Rand reminds me that you don’t get to worry unless something actually goes wrong. Until then, you just need to enjoy yourself. I’ve endeavored to put myself in that mindset. So much so, that I’ve tried recreating his train-of-thought on that sunny day last fall when he did, indeed, attempt to spring upon the springbok.

I’ve had to paraphrase his words, because I don’t remember them exactly, but I’m sure I’m very close to accurate.

“I think I should probably go sneak up on those springbok in the distance. This is a good idea.” 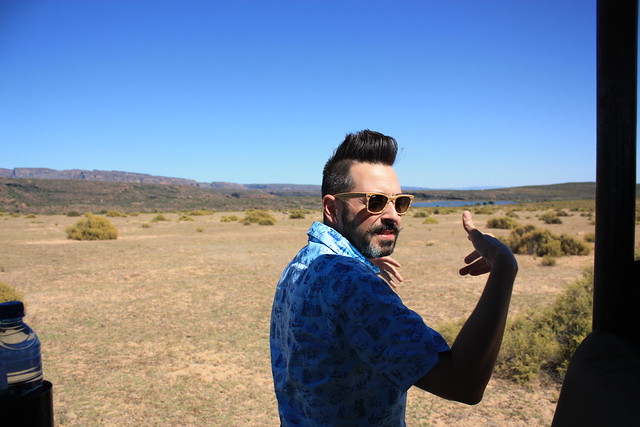 I wish I could go back to 12-year-old me and tell her that everything would turn out great, and that she’d love a man who gestured like a Beastie Boy in a sunlit field in Africa.

“They will not notice me because my footsteps will be silent, and my clothing blends perfectly into the landscape. I planned this when I packed my bags. I thought, ‘Do I have a shirt that matches the clear blue of a South African sky on a warm day in November?’ AND BAM. Yes. Indeed, I do.

“Does Rick Steves include that on his packing list? No. No, he does not. That is why he is a hack. 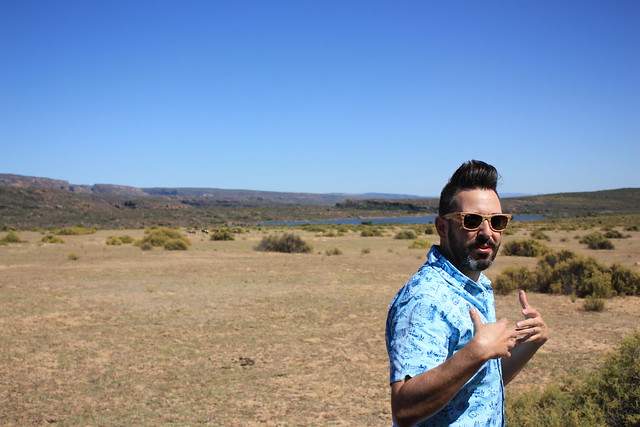 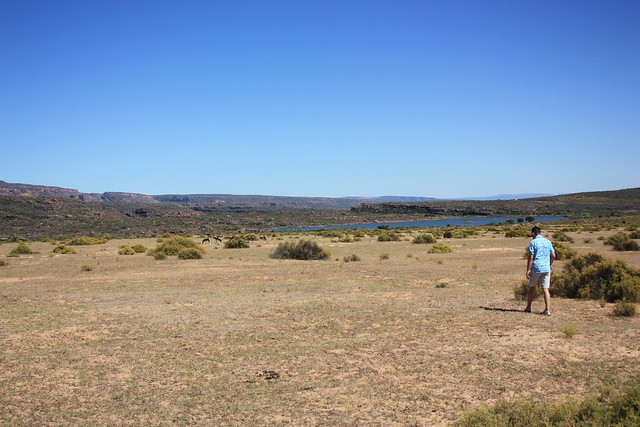 “I will get very, very close to them.

“And once I’m like, 20 feet away, I’ll realize that I haven’t really thought this through. I mean, it’s not like they’re going to let me pet them or anything. Right? Wait a sec … No. No, they aren’t. 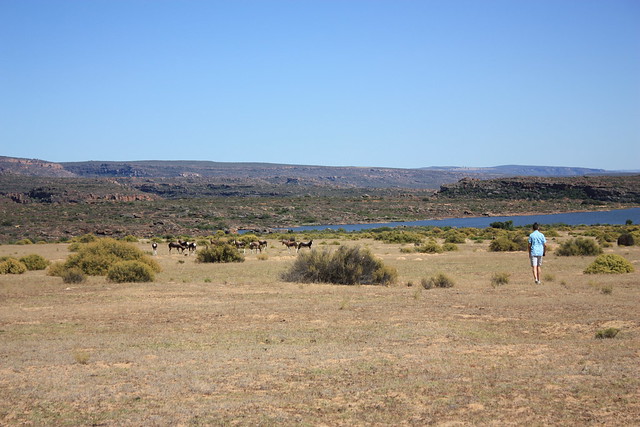 “And the springbok will scatter, and I won’t be able to hide my disappointment. Reggie, our guide, will note that I was in ‘bow-range’ and I will nod. 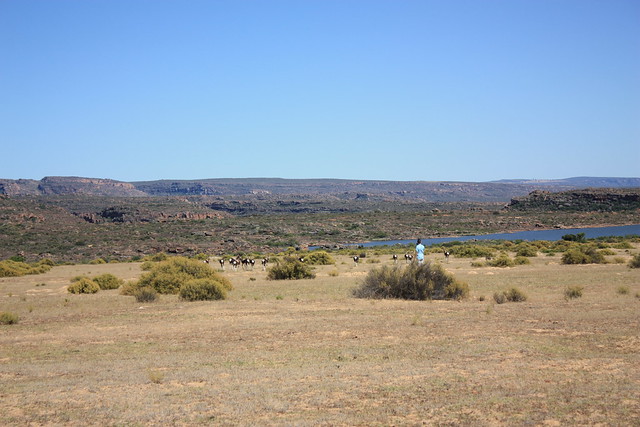 “But it will prove a poor consolation. Because bow-range never entered into my mind. Petting-range, did. And becoming-best-friends-range was certainly a consideration. As was, I’m-going-to-name-all-of-you range.

But I suppose that’s something I’ll just have to keep in mind for next time. Until then, be well, Itchy. And Springy. And you, Rand, Jr. I think I’ll miss you most of all.”

Adulthood will creep up on you. It’s unavoidable. You can’t stop yourself from growing old. But you can decide to grow old with someone who, in their heart, never will.

Here’s a video of Rand’s approach, when the spring bok finally get spooked: