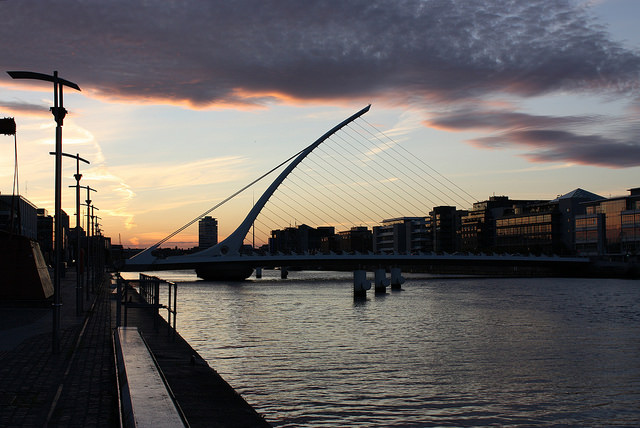 This story is not mine, and regrettably, I can’t remember who it does belong to. We were in a crowded bar in Dublin when we first heard it, and Rand and I hung on every word. In a month when I’ve shared so many of my old stories, it seemed time to share someone else’s. 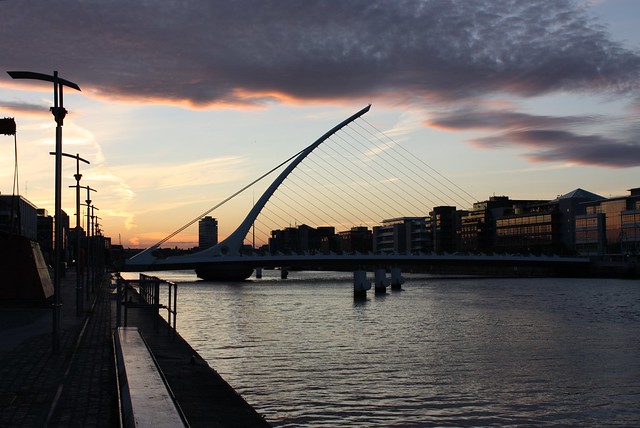 The Samuel Beckett Bridge in Dublin.

Forgive me, as the details are sparse, and names are non-existent. If you know the people who can claim this story … well, they’ve got a great one to tell.

A happily married man and woman (friends of the gentleman who spun this yarn for us in a noisy pub) were out to dinner at a posh restaurant in Dublin, celebrating a noteworthy anniversary. At a nearby table was Bono – yes, the Bono, so salient in pop culture that no last name or addendum are needed – dining with a friend. A longtime fan of his, the woman was suitably starstruck. She wanted to say something, but was overcome with nerves and shyness. 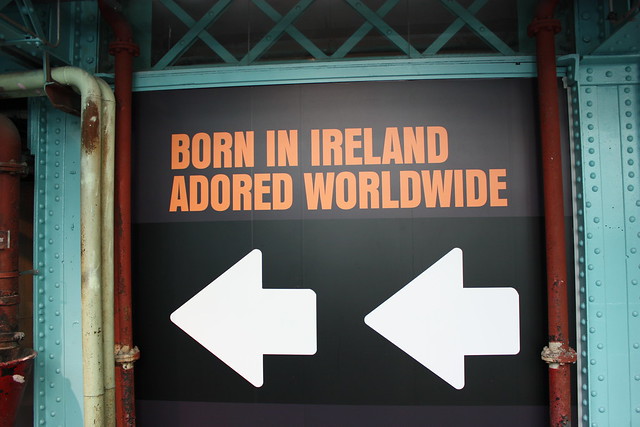 This photo is referring to Guinness, but it felt appropriate.

At some point, Bono left the table (I think he was a friend of the chef’s, and went to chat with the kitchen crew) and the woman’s husband delicately approached Bono’s friend and dinner date, explaining the situation. His wife was a huge fan – did he think Bono would mind a few photos?

The gentleman – an American – said that he would check with him. When Bono returned to table, he and his friend had a brief conversation, and soon called the woman over. The friend took a few photos, the woman was elated. Another layer of magic added to their anniversary dinner.

By the time the married couple had finished their meal, Bono and his friend had already left the restaurant. They asked their server for the check, and he explained that it had already been taken care of.

“Did Bono cover our meal?” the gentleman asked, incredulous.

“No,” the server replied. “Mr. Springsteen did.”