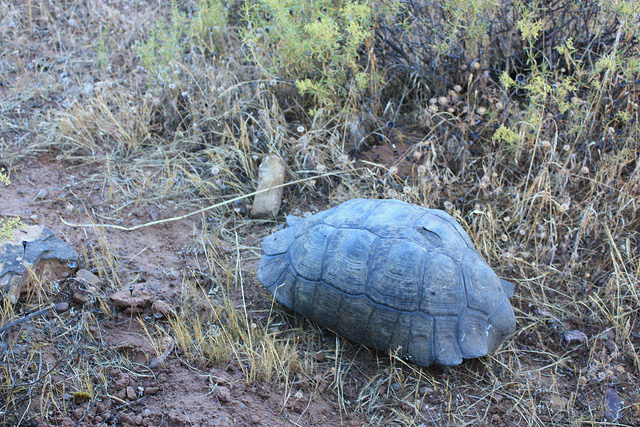 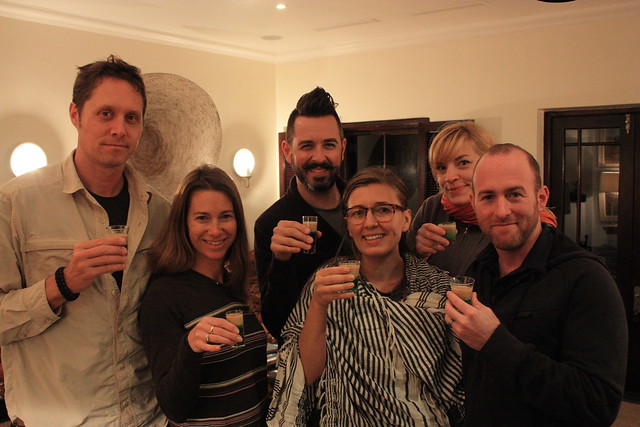 When you have a wonderful trip, it is incredibly hard to remember one distinct day, because they all sort of run together in a crazy, cake-fueled haze. At the end of it, you are five pounds heavier and you have on a bathing suit bottom instead of underwear because you wore your last clean pair the day before. 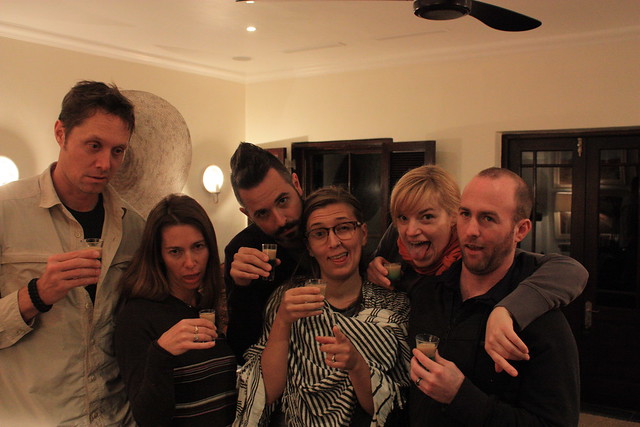 It’s odd, because I don’t really drink (the photos above being a rare, twice-a-year exception), but I find that I go on “vacation benders” all the time. I lose large swatches of time and then I can’t understand why my pockets are filled with cookie crumbs and none of my pants fit.

But I remember the day in South Africa when Marshall found the tortoise. In the morning it rained while we looked at rock paintings. 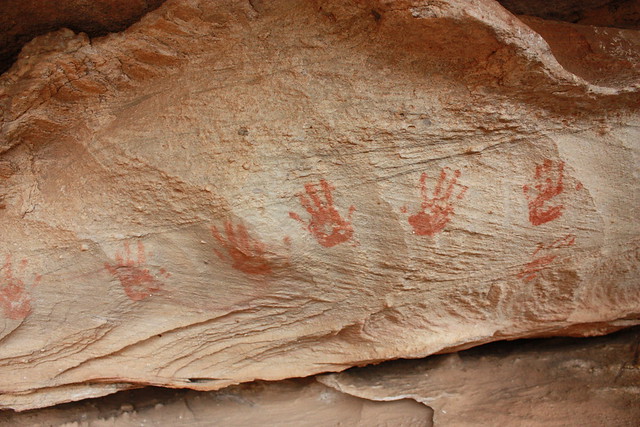 And our guide Reggie found a tiny little frog. 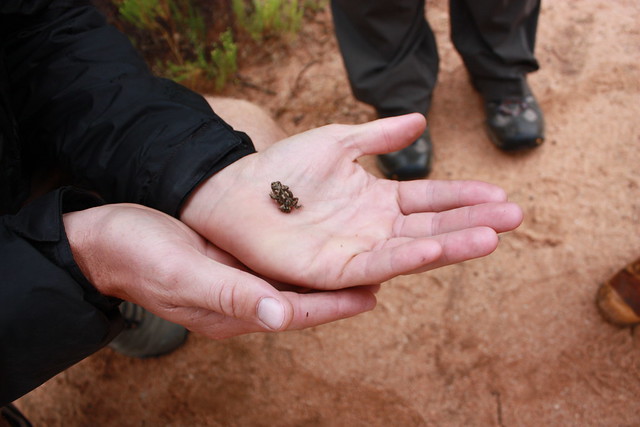 I know it looks like a rock, but it hopped. Rocks don’t hop.

And he showed Jackson a beetle. 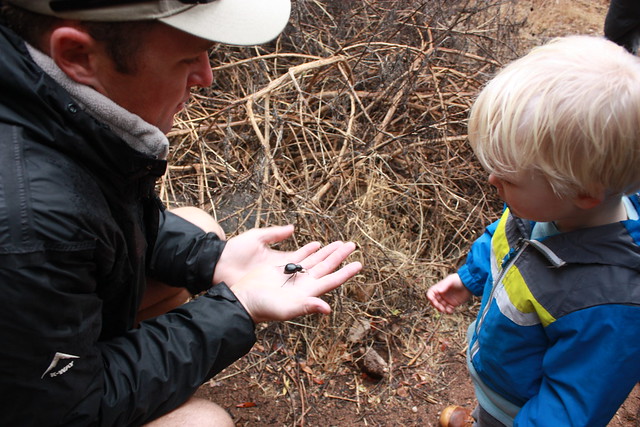 By the afternoon, the sky had cleared. And we drove out to the ridge, which is my favorite view in Bushman’s Kloof. 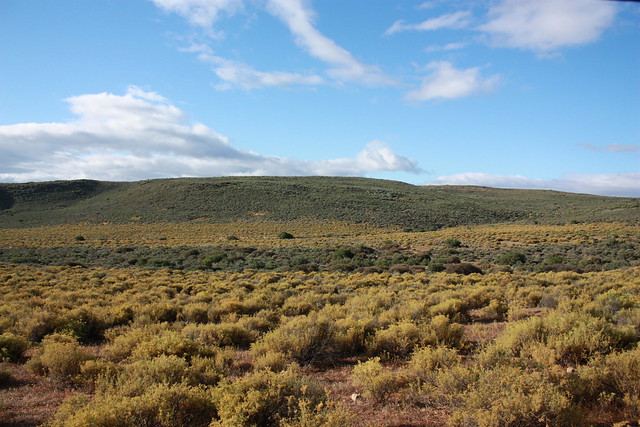 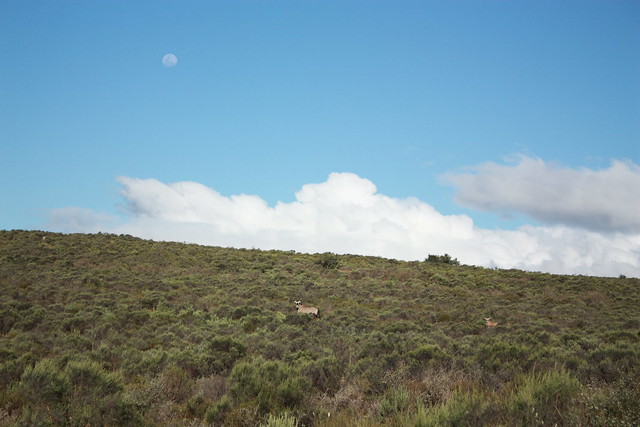 On the way there, we saw zebras. 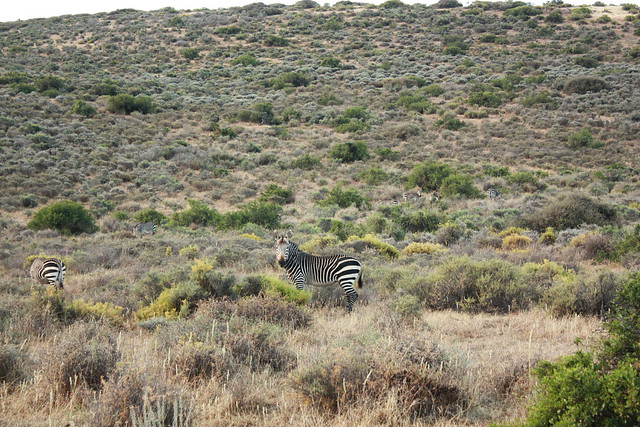 People often wonder how the stripes can possibly work as camouflage, but zebras blend really well into the landscape. There are 8 in this photo. 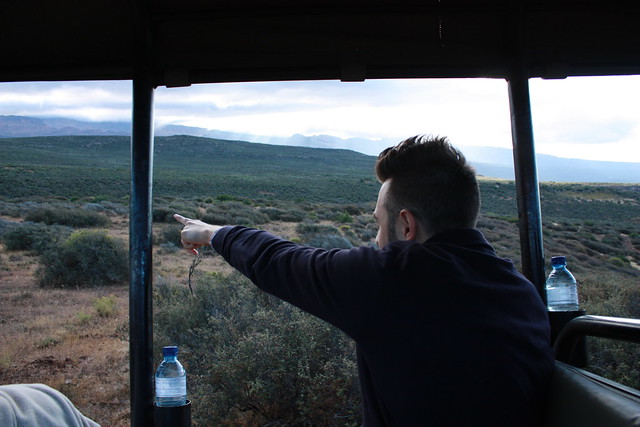 Some of us were slightly distracted in our zebra-watching. But that was okay, too. 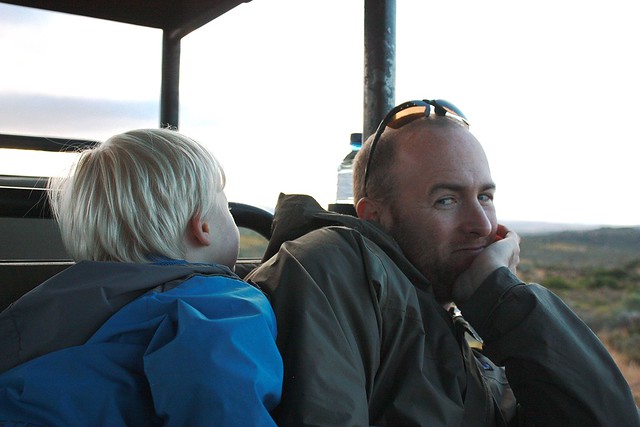 The view from the ridge was more lovely than I remembered. Maybe it because it had rained. 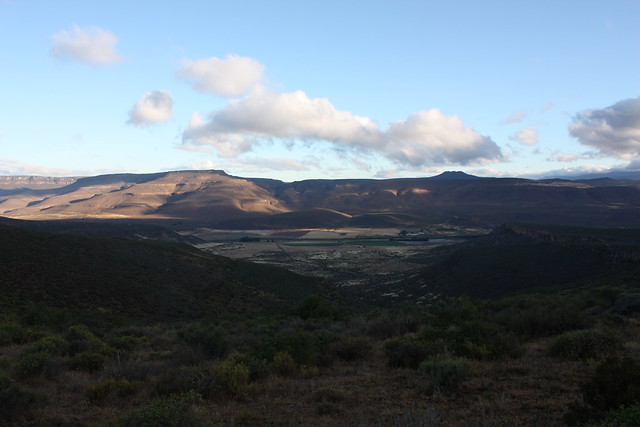 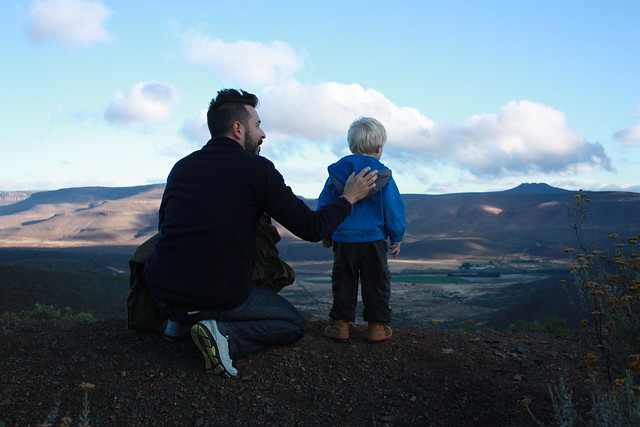 This photo is pretty great. 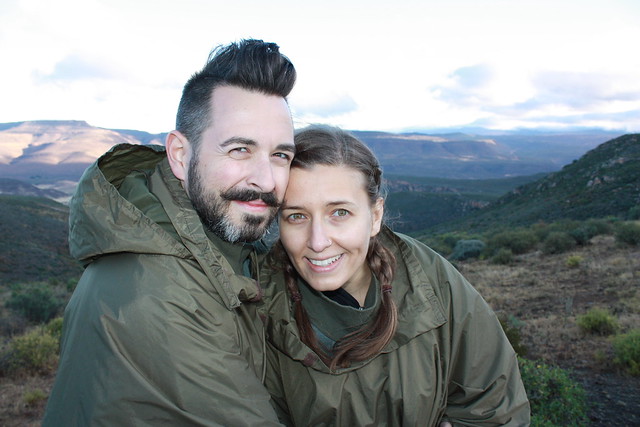 I like this one because between my hair and the pocho, I’m totally channeling Leia from when she met the Ewoks.

All those torrents of water crashing to the ground in a violent deluge … um. Hold on. (Runs to bathroom.)

That reminds me: This day was so memorable because Marshall needed to pee.

Wait, no. That’s not right. Marshall probably needs to pee most days. I mean, I don’t know him, but I’m sure that’s correct. But what happened when he went to pee is what made it memorable.

He discretely went behind a bush to use the loo, and after he flushed and washed his hands, he turned around and saw that the entire time, he had been watched. 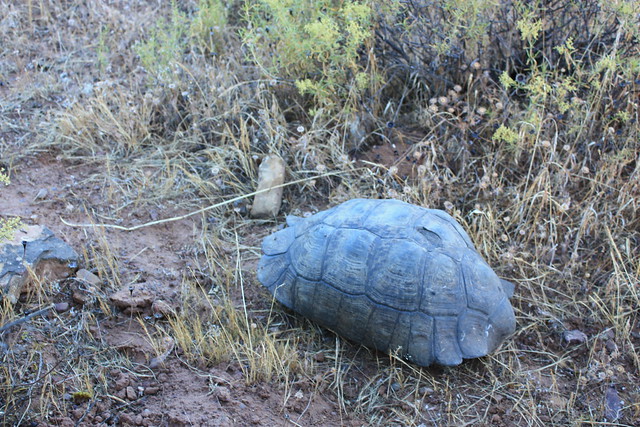 Or gal, I should say. Reggie explained that the worn spot at the back of her shell (not the crack, which Reggie said was probably from baboons, but the spot below it) was a result of numerous attempts at mating, and meant she was female.

I suspect many of you are now checking your back for worn spots. I will not judge you in this activity.

Reggie explained that we shouldn’t pick the tortoise up. When they are lifted, they involuntarily pee. That loss of fluid in the dry and arid South African air can eventually prove deadly. 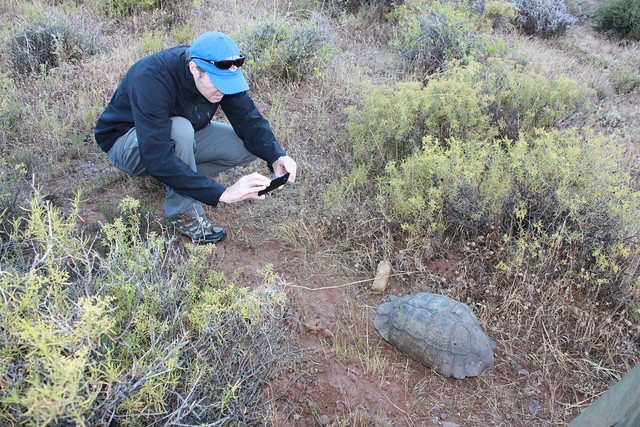 Marshall and his voyeur. 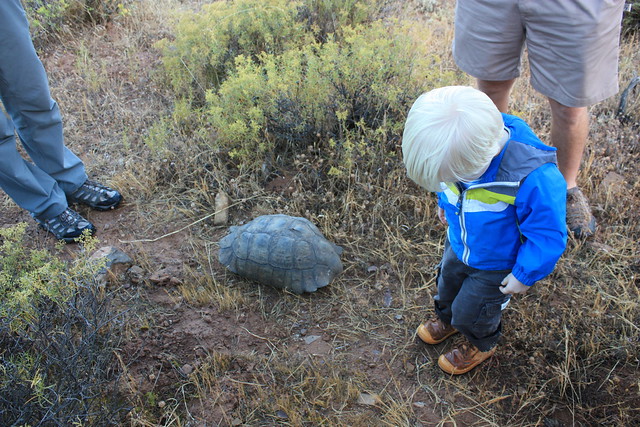 So we just sort of cuddled up next to her. 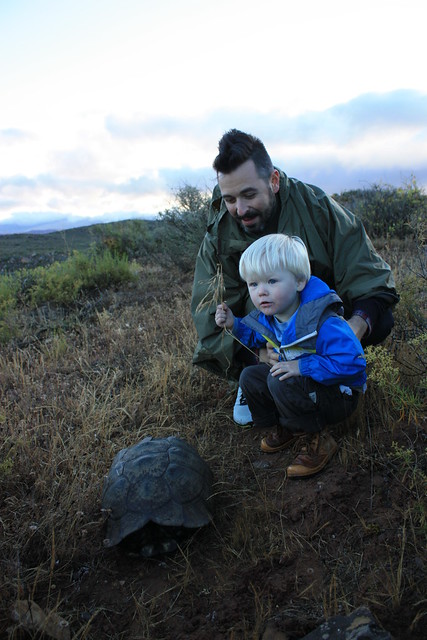 We stayed on the ridge for a little while and had drinks and took some photos. I am particularly proud of this one: 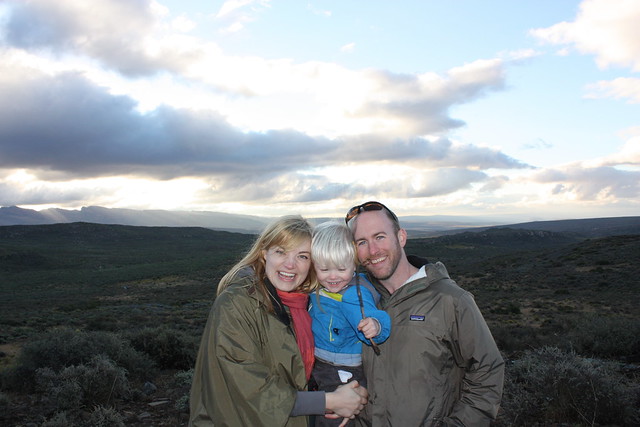 And I suspect Eric is particularly proud of this one: 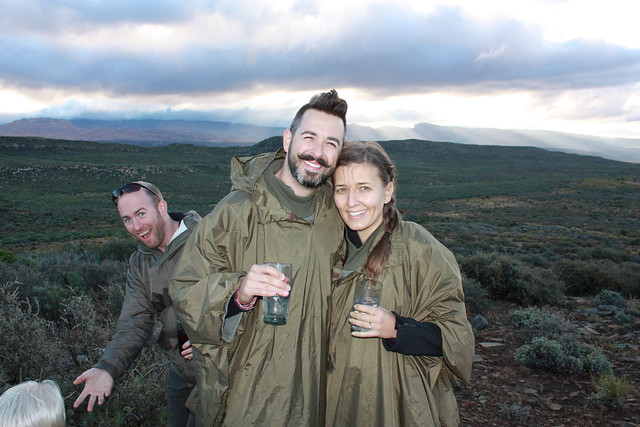 Then we drove back as the sun was setting. We saw more zebras on the hill, looking down at us. 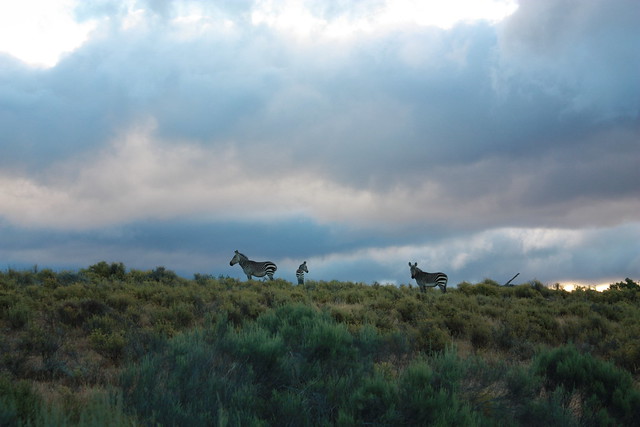 And we looked up at them. Because zebras!

And a herd of springbok ran across the road in front of us. 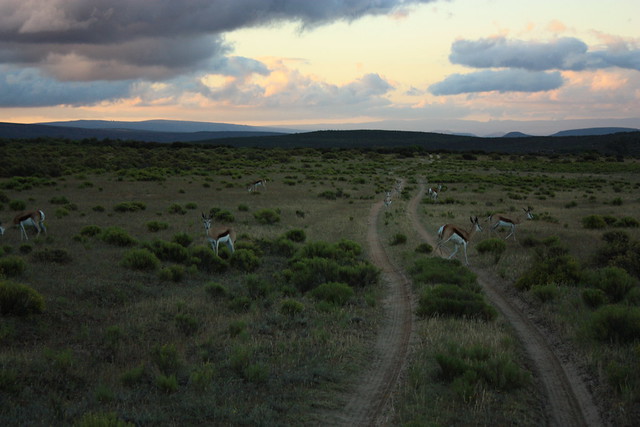 And the day that Marshall found the tortoise cemented itself in my memory, like some days do. 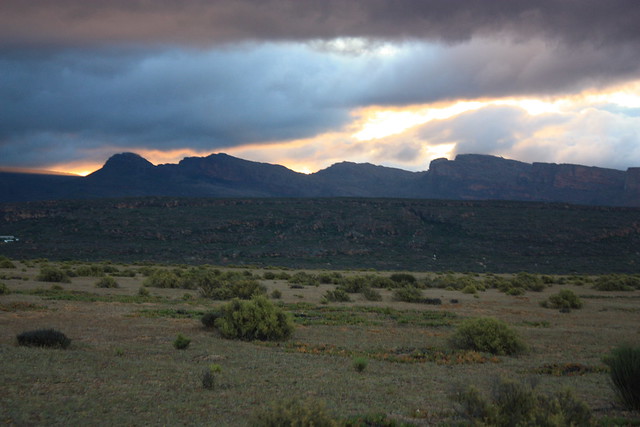