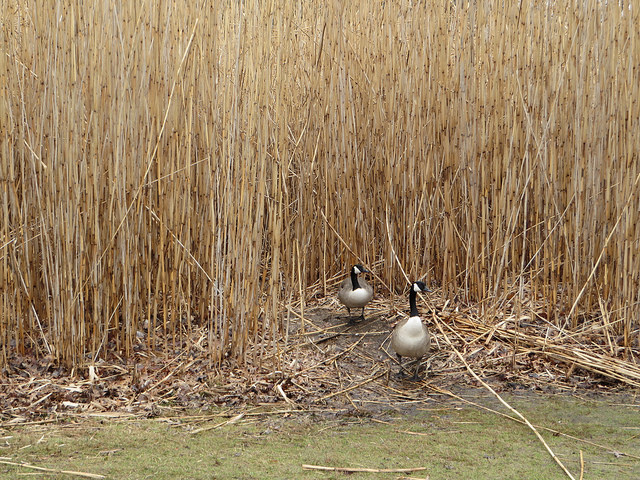 I know this is a WTF Wedsnesday post, and today is Friday. What can I say, folks? Laziness is a hell of a drug. 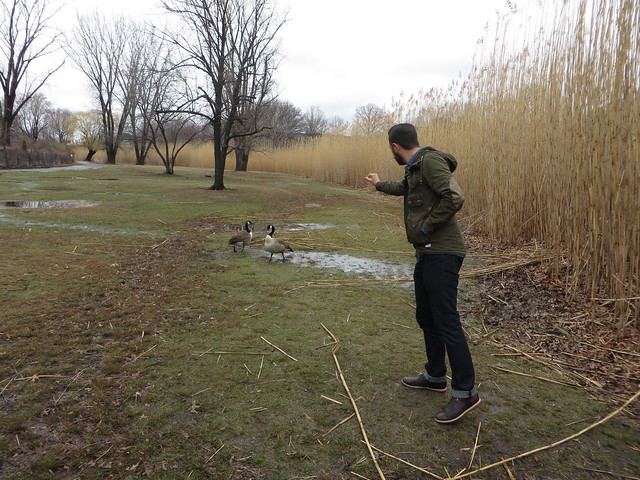 Stand-off with the geese.

I feel like most normal people are irrationally scared of at least one harmless animal.

I speak not of rational fears, mind you. I think it’s totally reasonable to fear certain animals, like baboons or moths, both of which are fucking terrifying. My fear of them makes total sense; they are obviously trying to kill me and suck out my delicious eyeball juices.

There are thousands of cases each year of people being killed by baboons or moths, or some hybrid of the two that the military accidentally created in a lab. If you can’t find evidence of this online, it’s because it’s part of a huge government cover-up.

But I also am a little afraid of possums, and that’s just ridiculous … and part of the human condition. I knew a guy who hated ferrets because he said they were like snakes with fur, and a woman who was so freaked out by a geriatric chihuahua that she refused to enter the room it was in.

For a long time, I thought that my husband’s disdain for geese fell into this latter category. I figured it was an irrational little quirk that made him human, and consequently more lovable. I soon learned, though, it was nothing of the sort.

Because the geese are out to get Rand. I understand that now. 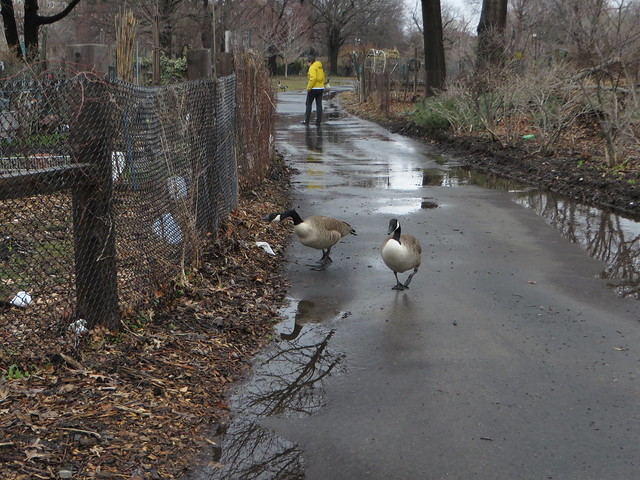 Here they are, blocking our escape route.

All of this came to light last time we were in Boston, a city which I can only assume is weighing on my mind because my beloved Seahawks are playing the Patriots this weekend in the Super Bowl. I realize my last post might have seemed like a love-letter to all things Boston, and that is not entirely the case.

There is evil lurking in the city.

Last time we were there, I toured Fenway Park, and the nearby Back Bay Fens from which the stadium gets its name. A fen, a word previously unknown to me, is a marsh, or any area that is swampy and covered with water. 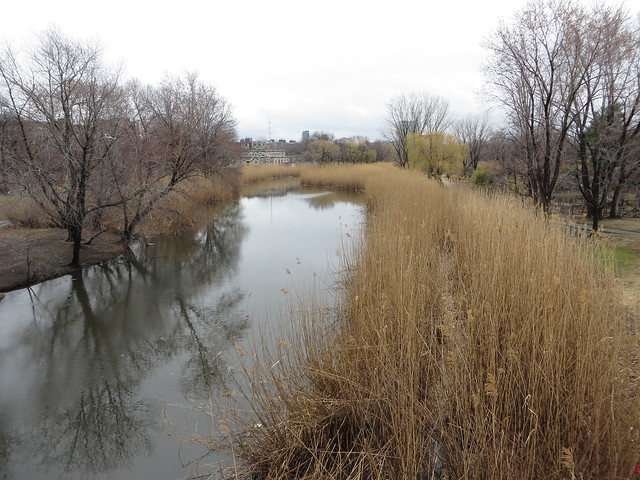 I wandered around the fens on my own one day, and found it oddly creepy. The grasses of the fens were at least 15 feet tall. I started to venture into them before I realized that I could easily get lost, and quickly backed out. There were geese everywhere, silently staring at me as walked passed. 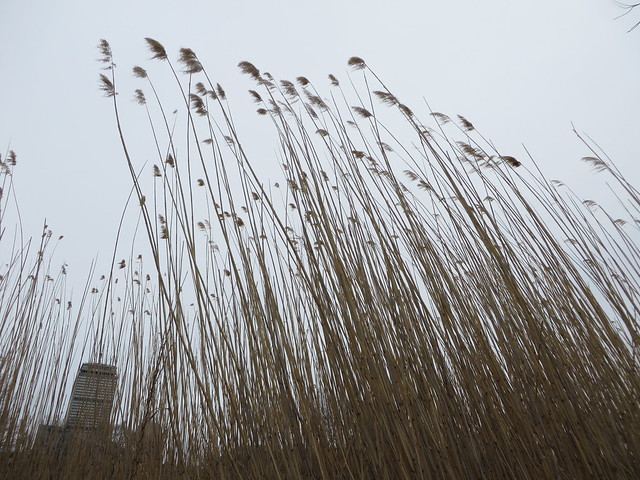 The grasses of the fens, as seen from my vantage point. 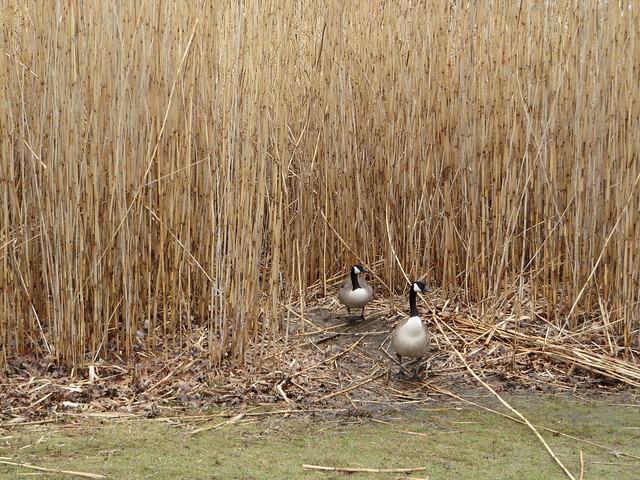 Like most things that are weird as hell, I knew I had to share it with the love of my life.

The next day, I took him there. I should have perhaps thought more about that decision.

Rand and geese have a long and ugly history that can be traced back to his childhood, to the day when he acquired scars, both visible and emotional. I won’t go into the dark story any more than that. All you need to know is that the geese were total dicks to him.

Rand, of course, was less than convinced when I told him it would be fine.

“So I just want to warn you, before we go, that there are geese.”

“I mean that there are geese all over the Back Bay Fens.”

“So then we’re not going there.”

Miraculously, I managed to get him to the Back Bay Fens, and like me, he marveled at the tall grasses and the peculiarity of it all. 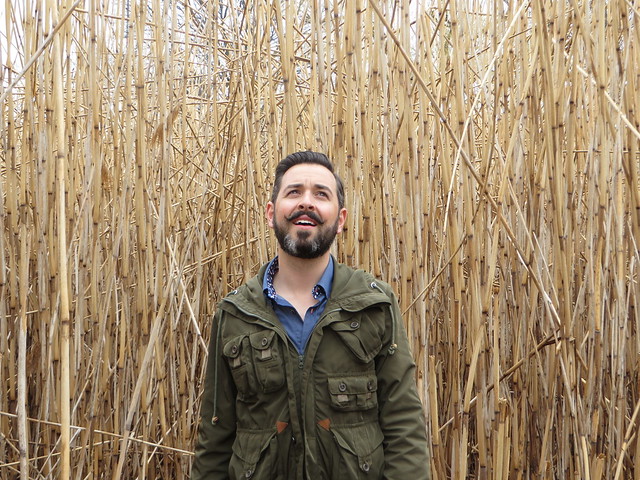 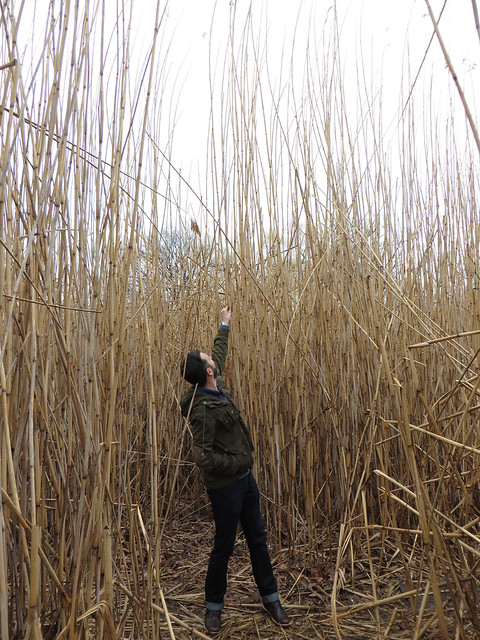 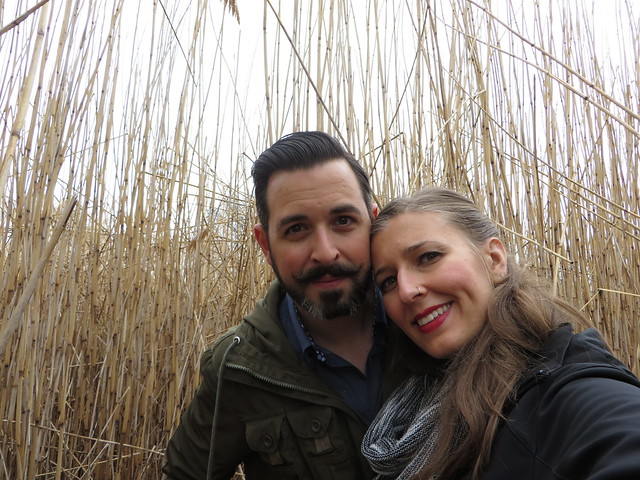 This photo cracks me up, because you can see how little Rand wants to be there.

And we were having a really nice time. Until the geese showed up.

Now, keep in mind, I’d been there the day before. And I’d seen a few geese, and they just peacefully wandered by. But now I was there with Rand. 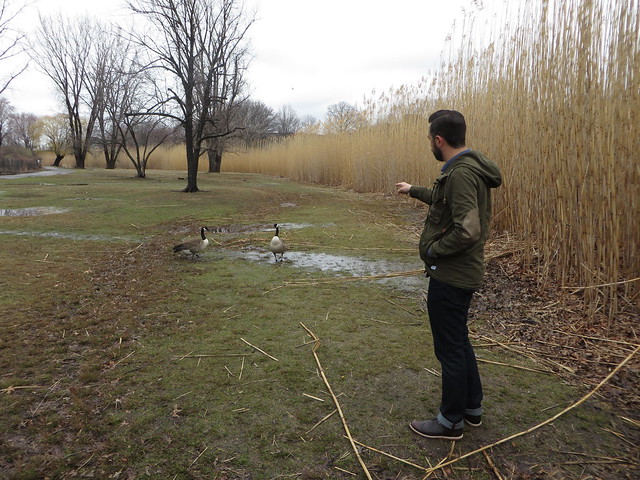 For a second it seemed like everything would be okay … and then they charged him. 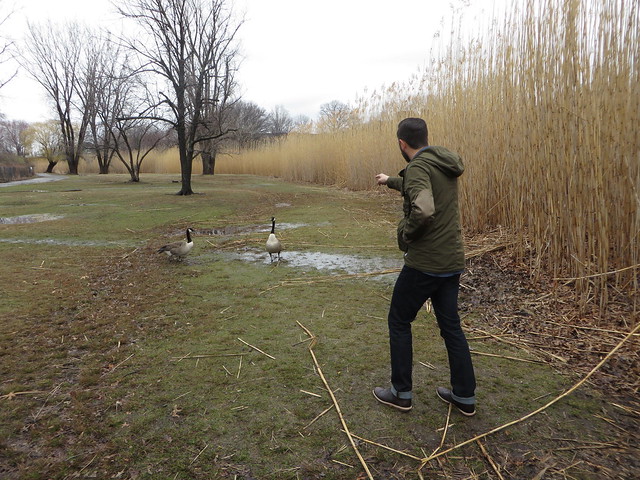 I swear I could hear that one stand-off song from The Good, The Bad, and The Ugly.

Maybe the geese mistook him for someone else. Maybe they were drunk. Or maybe his photo is passed around in sketchy geese bars, where they talk about people they want to mess with.

I don’t really know. But the point is this: when the geese saw Rand, they started freaking out. Like, really freaking out. They lowered their heads and started rushing toward him, making these strange honking noises. I have never in my life seen an animal act like that, ever.

“I want to leave,” Rand said, as a circle of geese began closing in on him.

“They are acting like geese. This is how geese act. They are terrifying.”

“Actually I think this behavior is normal …”

“… when they’re about to feed on human flesh.”

I managed to take a video before we fled with our lives barely intact. It does not do the scene justice. They calmed down when they saw I was filming them (like the frog in the Warner Brothers cartoons that would always dance and sing in front of exactly ONE person, and then would stop the second anyone else was around). Still, it might provide a small idea of what we saw that day. Just multiply it by a thousand.

The point is, I now get it, Rand. I do. If I haven’t been there to see it, I never would have believed it. The geese are trying to kill you. There’s nothing more to it than that.