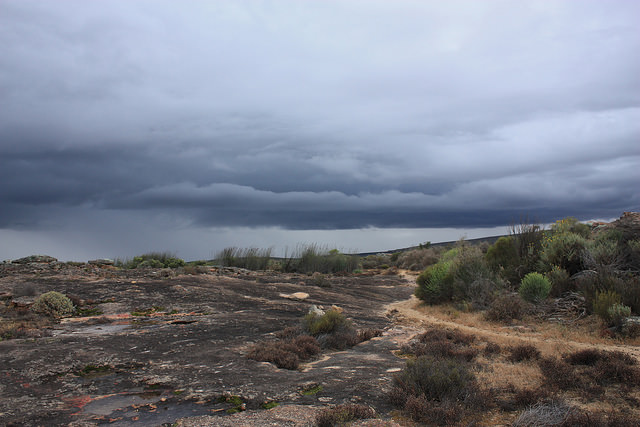 Our first two days in the Kloof, it rained. This was new. Last time, the weather varied from hot to “OMG MY FACE IS MELTING LIKE THAT NAZI FROM RAIDERS OF THE LOST ARC” hot.

Now it was colder than it had been in London the week before, which isn’t really saying much, because London was weirdly warm. I don’t really know if that has to do with global warming or something to do with the monarchy (I don’t really understand how either work, to be honest). But the Kloof was, on those first two days, downright chilly. We went out anyway. 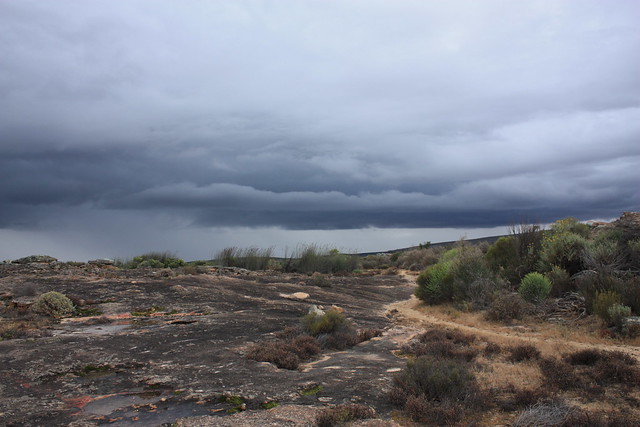 We wore ponchos and huddled in the jeep. I tried to take a selfie, but I forgot my camera was zoomed in. I do that a lot. 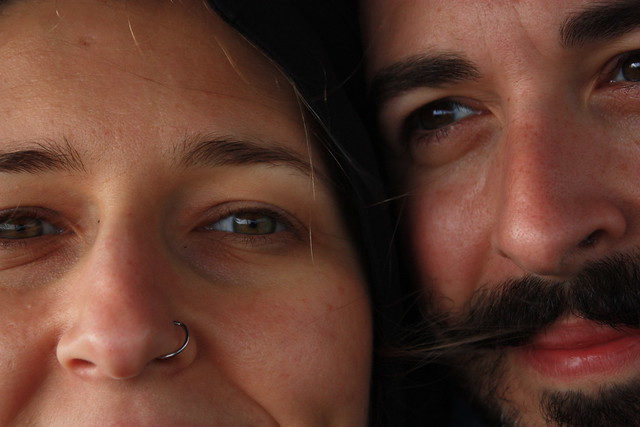 Sometimes you get so caught up in the fact that you have schmutz on your face and your eyebrows need tweezing that you forget to notice how happy you look. Even your eyes are smiling.

I managed to get it right, but I think I like the first one better. 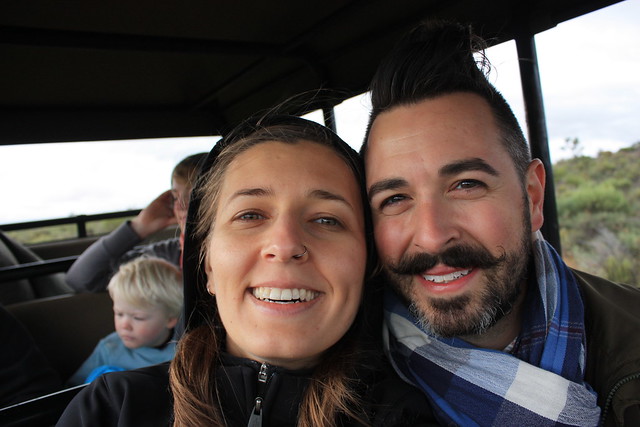 On one morning we learned that ostriches don’t give a crap as to whether or not it’s going to rain. They just peck at the ground without a care in the world. Everyone says their eyeballs are bigger than their brains, but I think they’ve discovered the secret to happiness, so maybe we’re the small-brained idiots. 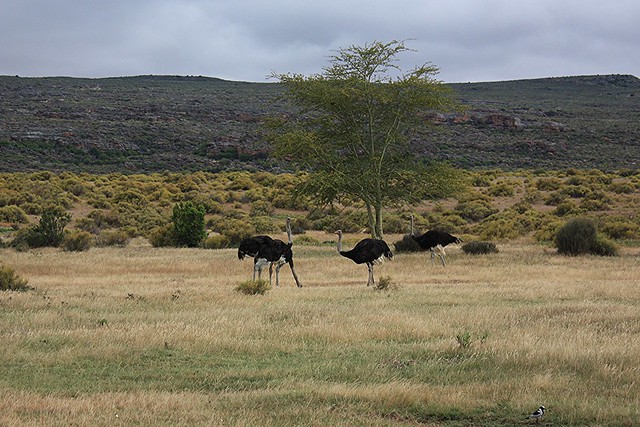 Then the ostriches started pecking at their own feces, and I reconsidered that point.

We were only rained out entirely once. The clouds rolled in like a wave. 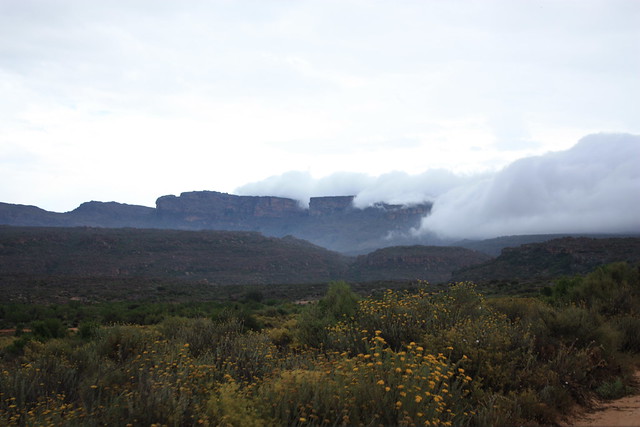 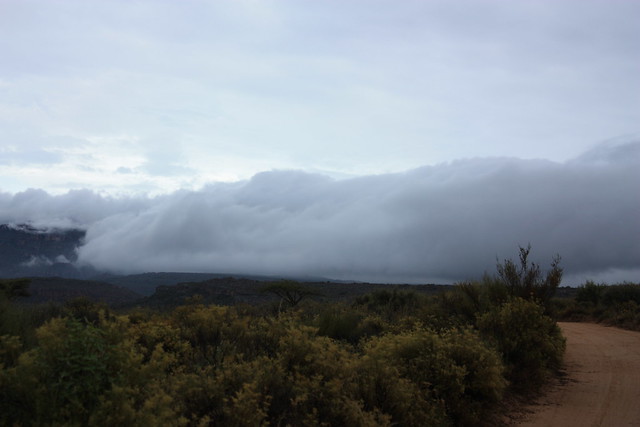 So we went back to the lodge and sat around the fire, watching the rain come down in torrents. 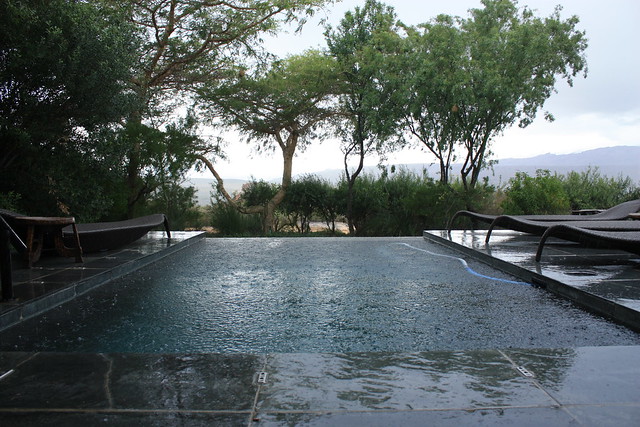 The storms shaped the afternoon skies. They hinted at the past tumult, lovely but unsettled, like a toddler sleeping peacefully after a rampage. 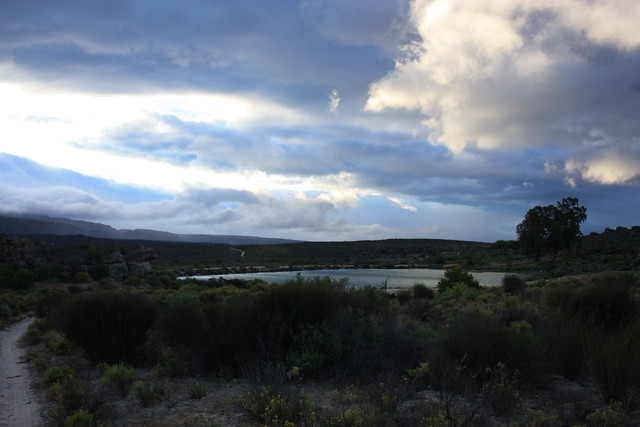 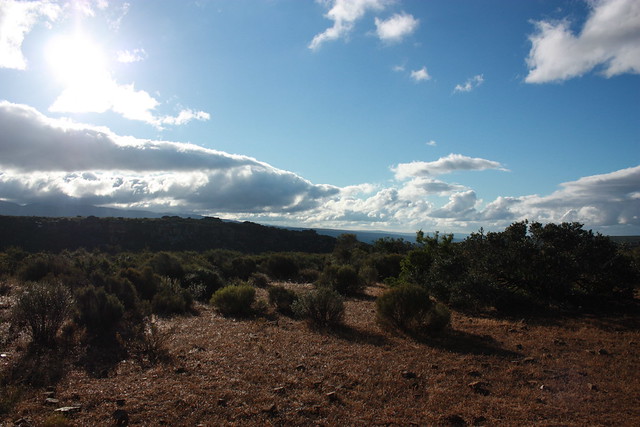 I know rain on your vacation isn’t ideal. I know it’s supposed to make things worse. But you can’t stop the heavens (some evil mastermind is working on this, I’m sure. But you can’t yet). So you just have button up your coat and weather the storm. 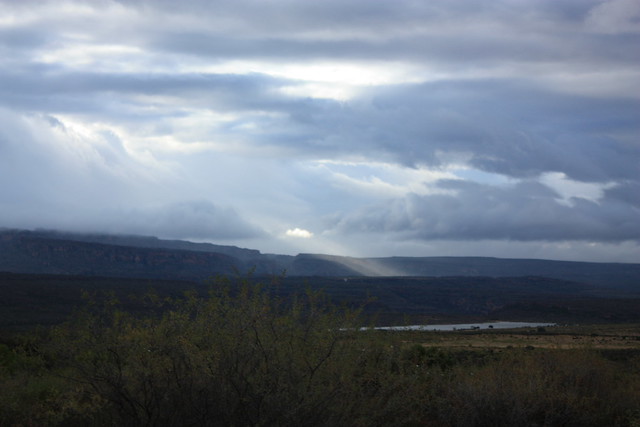 And when the sun finally breaks through, you find you appreciate it all the more.