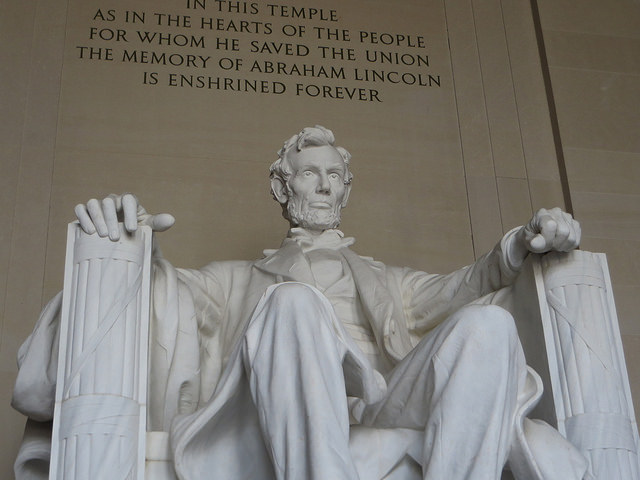 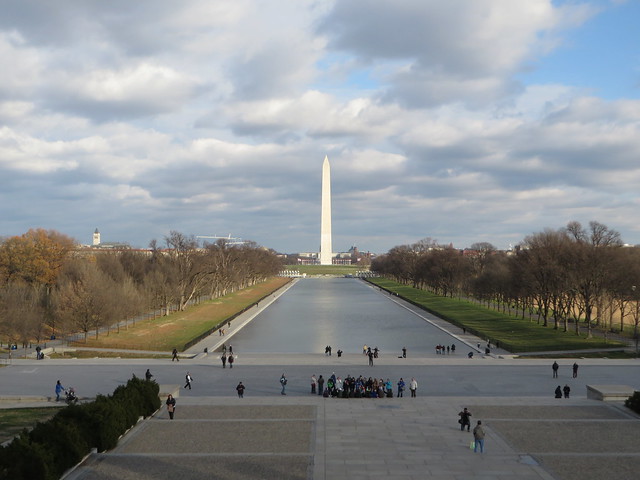 After visiting the Petersen house, and indulging in an absurdly expensive lunch, I headed to the National Mall. It was not, as the name more commonly would suggest, an indoor building filled with retail stores dedicated to all things Americana. Nor did it possess that cornerstone of the suburban retail mall: a group of disaffected teenagers hanging around the food court, sipping on Orange Juliuses.

This was the seldom-used, alternate definition of mall – a word that refers to wide promenades and sheltered walkways. Not the consumer playground of my teen years, but an elegant, almost-regal-but-clearly-not stretch of land dotted with picturesque monuments. There was not a Wet Seal in sight. 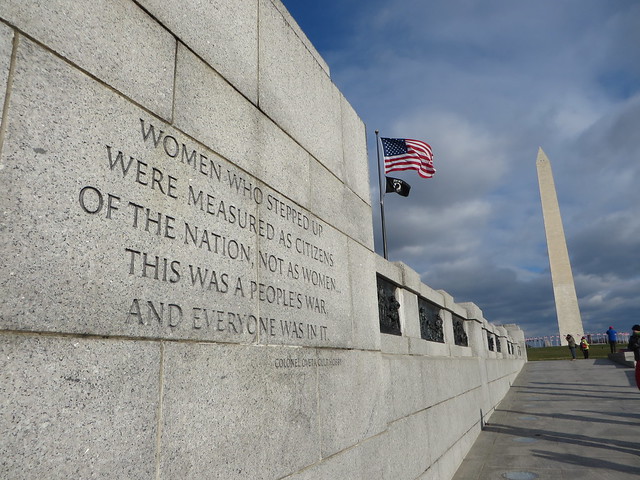 This quote managed to be both feminist and absurdly dated, all at once.

The map on my phone made the distance between Petersen House and the Washington Monument seem minuscule, but it proved to be roughly a mile between the two. I’d soon learn that distances in D.C. were hard to judge, and that the Lincoln Memorial, which also appeared close by, was  another mile away. 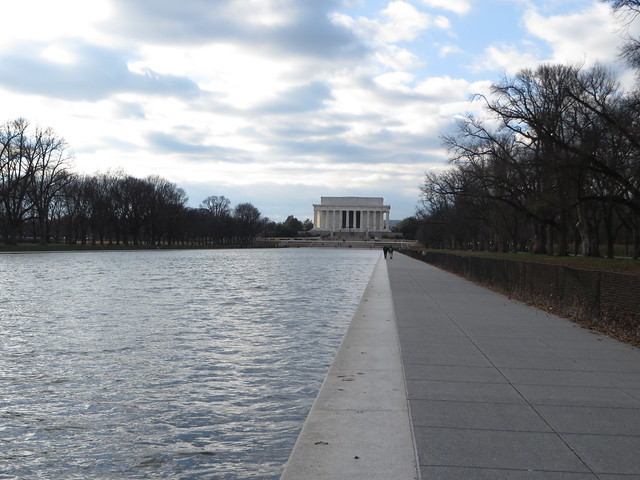 Fortunately, the day was cool enough to keep away crowds, but I still found it comfortable enough for walking. I suppose I’ve spent enough days wandering through frigid cities that I don’t find sub-40-degree weather to be a deterrent. Not in the least.

Besides, it was gorgeous out. 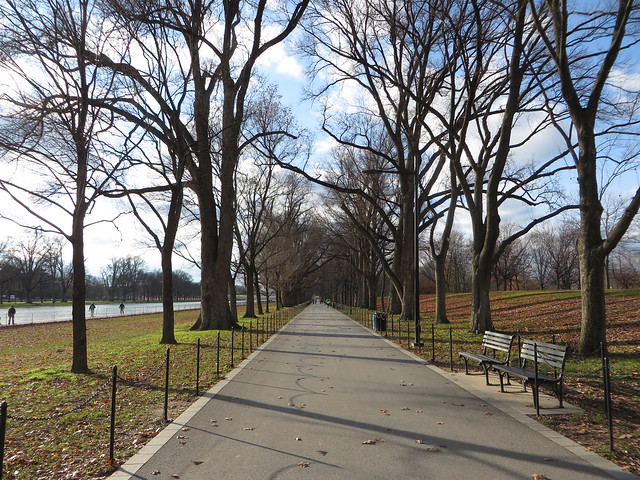 I tried again to take a few selfies, this time with the Lincoln Memorial in the background, and enjoyed more success than I had previously. 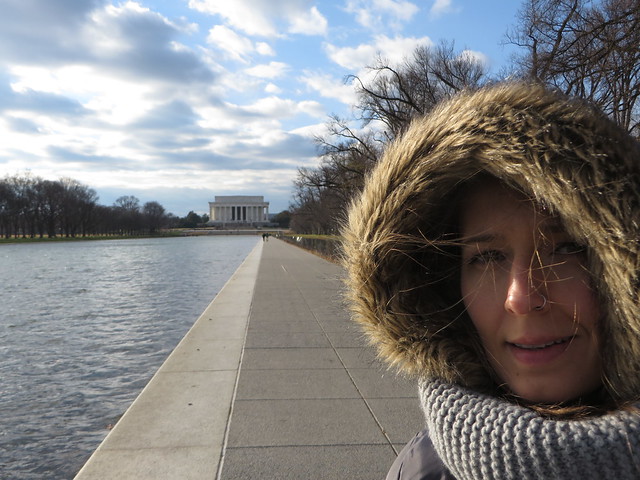 And, because why the hell not, I gave it one more go with the Washington Monument: 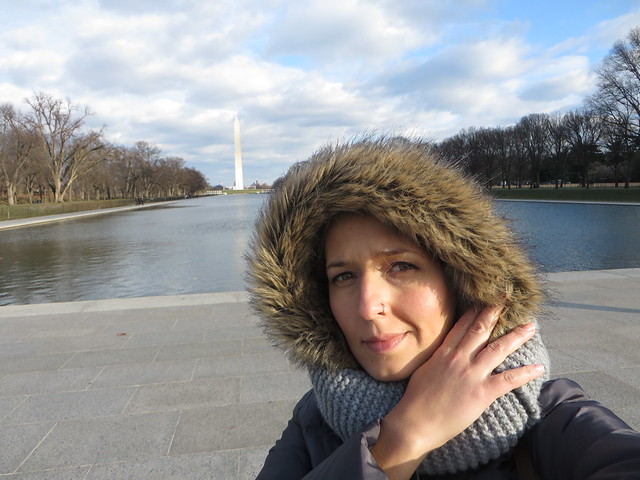 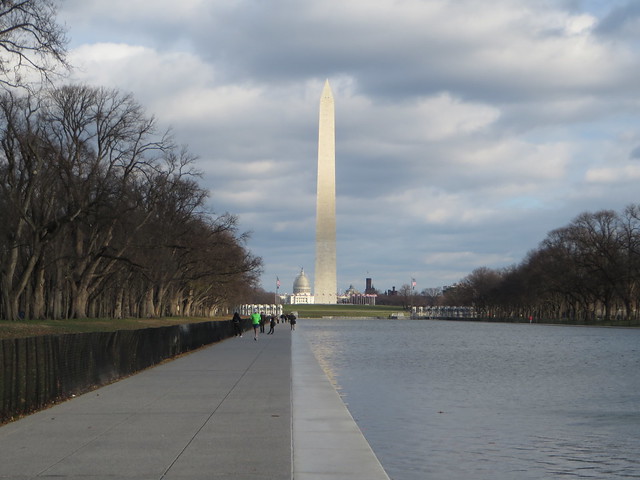 It’s better on its own though, don’t you think?

I have trouble sometimes with my national identity, a result of being the child of immigrants, I suppose. But in spite of an upbringing largely influenced by Italy, in spite of the cynicism I have whenever the issue of politics emerges, I felt acutely reverent as I walked across the mall. Felt a glow of pride and connectedness. This was my country.

It reminded me of something that Liz Lemon says on an early season of 30 Rock:

I love America. Just because I think gay dudes should be allowed to adopt kids and we should all have hybrid cars doesn’t mean I don’t love America. Maybe I’m being a little bit naive, but I still found it remarkable: that I could be sarcastic and jaded and really, really angry about this and this and this, yet still be completely and utterly enamored with the nation’s capital. With places I’ve known about since I was a kid but had never seen until then.

In particular, that glorious structure on the flip side of so many pennies: 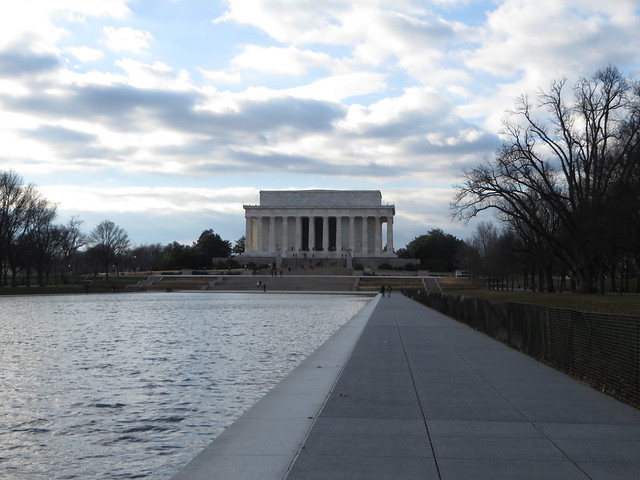 I walked around wide-eyed and took pictures and even asked someone to snap a photo of me (which I never, ever do). 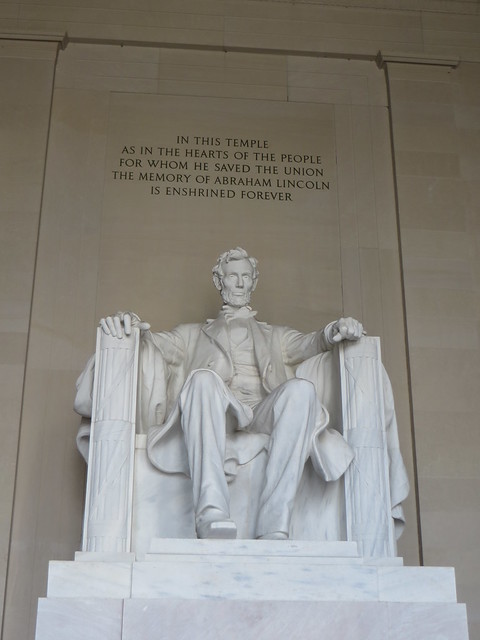 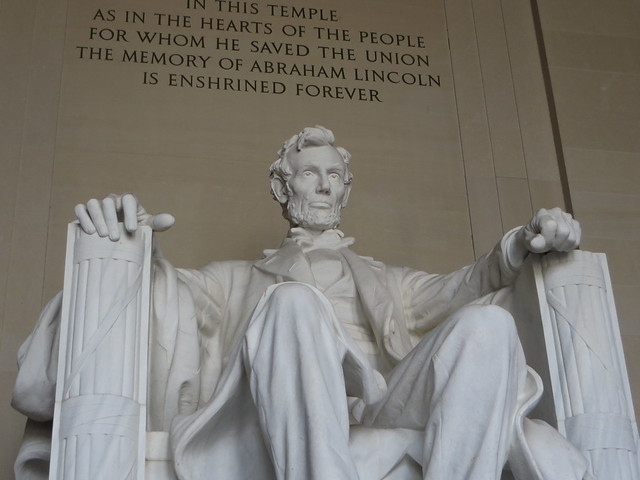 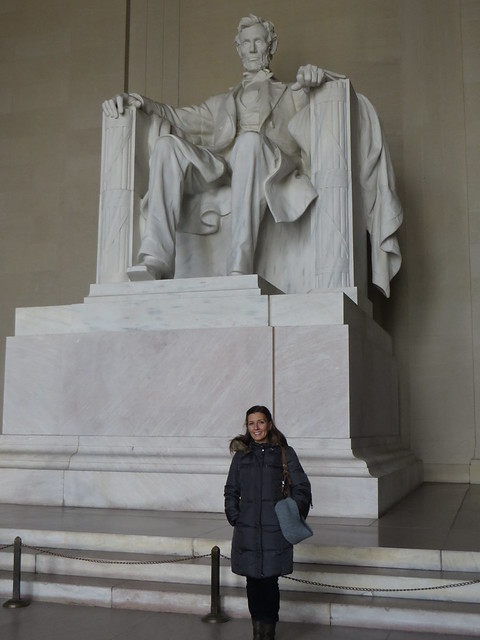 As I walked away I heard a snippet of conversation between a little boy and his mother:

It made me giggle, and feel grateful that it took me so long to get here. That I could still marvel at it all, and feel hopeful and patriotic, despite all my criticisms. To be there, as an open-eyed adult, and still be moved by it all …