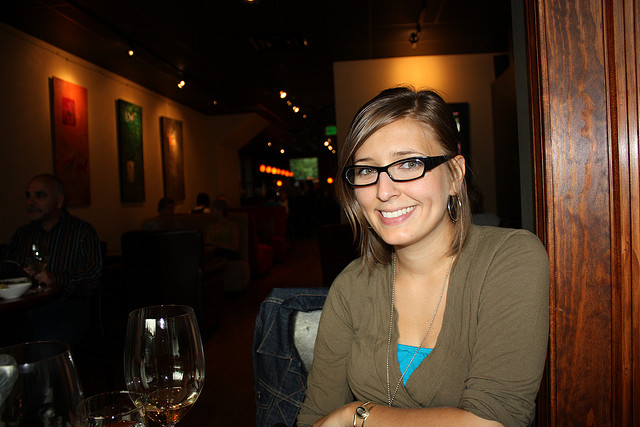 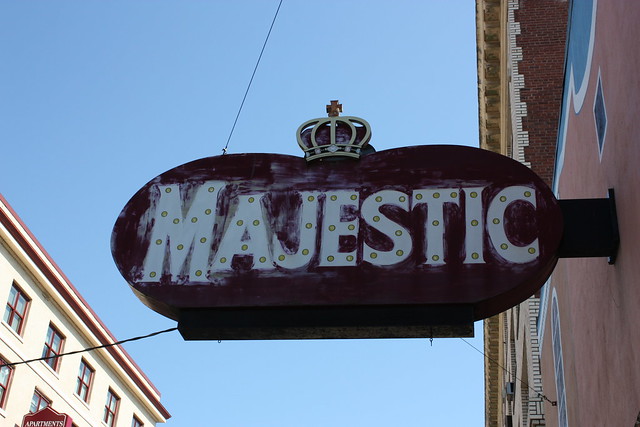 On the flight back from Africa, which clocked in at a momentous 21 hours and 25 minutes, with an almost-comical 8 hour layover, I finished Caitlin Moran’s How to Be a Woman at the suggestion of a friend. It is an excellent missive on feminism and growing up, altogether hilarious and at times touching. One that I highly recommend.

Many of the chapters resonated with me, but one story in particular struck a cord. She describes an article she wrote early in her writing career, in which she skewered an album by Ned’s Atomic Dustbin. She talks about how the album itself wasn’t that bad – innocuous really, and perhaps not all that interesting, but not terrible. Mediocrity is, as any writer or reviewer knows, a notoriously difficult thing to write about. “It was okay” is not that compelling of an experience. It dooms all criticism about said experience to occupy that same space. Rarely is a review about something mediocre better than the subject itself. But give a writer something truly wonderful, or, better yet, truly terrible, on which to express their opinion, and watch how they shine.

Moran decided to rip apart NAD’s album, admitting later that the album probably didn’t deserve such a ribbing, but that she was trying to show her talent, trying to figure out who she was as a writer, trying to make something interesting from a topic that was rather dull.

She went on to apologize to the band, many years later, for the youthful indiscretions of a writer trying to find herself.

In the early years of my blog, I remember encountering a struggle similar to Moran’s. There were things that we saw and visited that fell firmly in the “meh” category – there was nothing particularly notable to write about, nothing that interesting. For someone trying to find their voice as a blogger, this was altogether excruciating. And so I tried everything in an attempt to see what clicked, what felt natural, and what did not.

I published the occasional illustration, I made “helpful” lists. I was at times emotional, at times snarky, at times altogether boring. In some respects I haven’t changed at all – I still experiment with the blog. I still toy with new concepts and try to be creative. I write the occasional haiku. But now, unlike then, I know exactly what my voice is. I know who I am as a writer. Hell, I might even know who I am, period.

In the early days of the blog, I wrote a post about Roseburg, Oregon. We’d visited on a scorching hot day. That’s the most distinct thing I remember about it – that, and the occasional delightful artifact from the past (those ancient store signs or antique vehicles we seem to only find in small towns). I mentioned those, too, in a voice that was snarky and sarcastic (a rough precursor to the voice I now use – the one that I know is true to who I am as a writer). I complained about the lack of restaurants, my sheer disappointment when I discovered there wasn’t actually a restaurant called “Cheese Garden.” 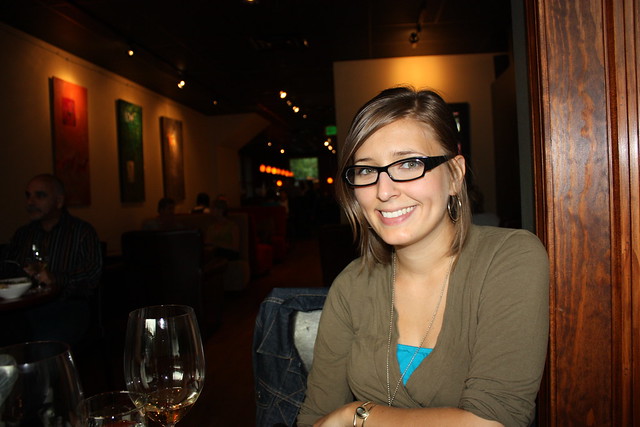 What I looked like back when I wrote that post. Yeah. It was a LONG, LONG time ago.

It was an uneventful visit, but I was trying to make it interesting. Tried my damndest to impart something into it. To make the review better than the subject. In my efforts to do so, I inadvertently created one of the most consistently reviled posts on this blog. I have written about the Khmer Rouge in Cambodia, apartheid in South Africa, The Troubles in Ireland. But the post that has gotten me the most threats of violence, death, and dismemberment, is the one I wrote about Roseburg, Oregon.

The milder of these comments I’ve approved. Even those that carry with them a promise of violence: 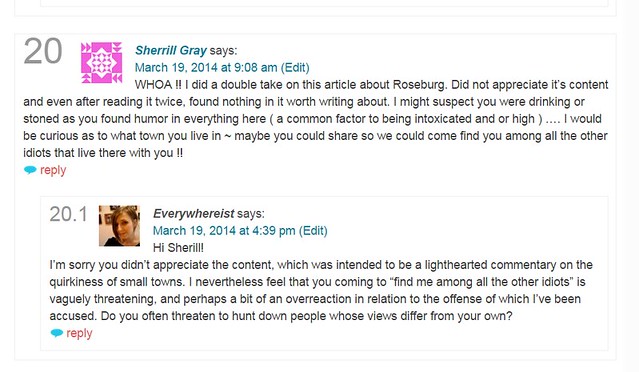 I figured that the whirlwind around the post would eventually die down. In the years since, though, I’ve gotten a spate of hateful comments every few months. Some of these I approve. Those which are too graphic or violent, I don’t approve. I consider screen-capping them, wonder if I’m being too reactionary, and decide not to.

Instead, the person who told me that I deserve to be kidnapped, raped, and murdered for my assessment of their hometown just gets their comment deleted.

“People are commenting on my Roseburg post again,” I tell Rand.

“Ugh,” he says. He’s heard all of this before. For years. What he says next is a direct response to the feedback I’ve gotten on the post:

“We can’t any way,” I reply. “I’ve been run out of town.” And we both have a bit of a laugh, because there’s little else to do.

Here’s what makes it truly ridiculous: I don’t really care about the piece that started it all. The issue of whether or not Roseburg is a viable place to live is not one that I consider pressing in my life. This is not like the shitstorm I got when I tweeted about Ray Rice and the oft-ignored issue of domestic abuse in this country. That is a fight I am happy to engage in. That is an important discussion, and one that I am more than willing to have. 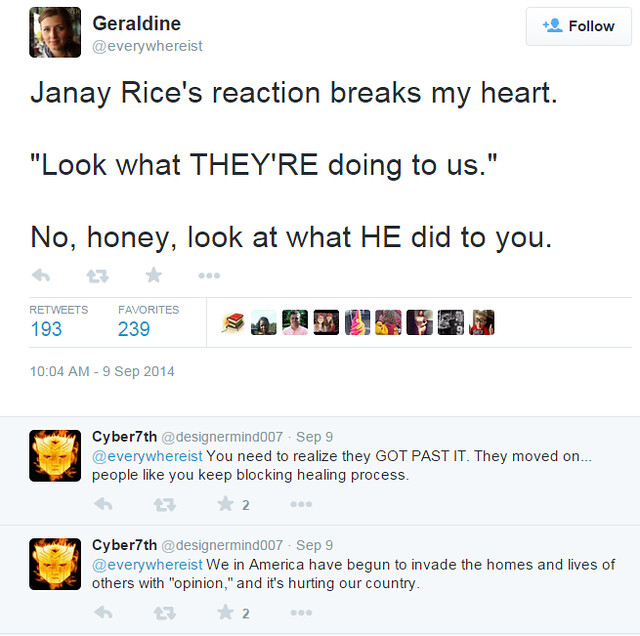 But I’ve been on three continents in the last week. A few days ago, a little girl in a South African orphanage OFFERED HER LUNCH TO ME. She was perhaps 2, maybe 3 years old. Her hair in tight little buns on her head, she looked at me, dipped a plastic spoon into her bowl and held it up to my face.

I think it might have been one of the most important things that’s ever happened to me.

The point is, negative opinions on a blog post I wrote more than 5 years ago don’t amount to a hill of beans in this crazy world. I don’t care enough about that post to put up with the backlash it has created. There are far, far bigger things to worry about. There are far more important things which deserve our attention.

I should, say, for the record, that unlike Moran, I am distinctly not apologizing for the post. To be perfectly honest, I don’t think my assessment of Roseburg was that negative. I was trying to convey the quirkiness of the town, trying to make light of this strange place in which we found ourselves.

The only issue I have with the piece is that it isn’t indicative of me. It’s not my voice. But I had to write it to find that out. Those early posts remain up because they are a reminder of where this all began. They show the evolution of the Everywhereist. They taught me who I am as a writer, and who I am not. I’m not exactly proud of those posts – they aren’t my best work, they’re often contrived or feel insincere – but I’m proud of where those posts have led me.

I’m proud of this blog. I’m happy with what it’s become. I think that I occasionally write things that are fun. Sometimes useful. Maybe even beautiful. I hope that I show people important things.

And I’ve realized that occasionally I am distracted from that goal. The comments on the Roseburg post are precisely that – a distraction from what this site is, from what it’s grown to be. So, for the first time in the history of the blog, I am closing the comments on a post.

Furthermore, I have decided (after years of urging from my husband and many of you wonderful readers) that negative comments which are insulting and threatening (even mildly so), will be deleted*. In the past I’ve approved many of these, in the name of free expression. I figured it would help me grow as a writer. But I’ve realized that the truly ugly things people say really don’t do that. They are merely distractions from the important things that we should be talking about. Like love. And history. And Cupcakes. And how the world is both really big and really small at the same time.

(Also, please don’t put links to your blog posts within the text of a comment. In the appropriate field is fine, but inside your comment just looks … tacky. Unless it’s absolutely relevant to the post, don’t do it, please.)

If you disagree with a post, if you have opinions that are contrary to mine, if you think I am flat-out wrong, I ask that you phrase your comments in a respectful manner, and I will readily approve them. I love having discussions. I love when people disagree with me (I am Italian. Fighting is how we show we care). I love when people encourage me to look at the world and myself in a new way.

But being told I’m a useless cunt and that my tumor should have finished the job don’t really do that.

The rule is simple: be excellent to each other. And not just in the blog comments.

*And for those of you thinking, “Well, I’ll submit the hateful comment anyway, at least she’ll see it.”, I’ll tell you now: my memory, while vast, tends to be short for matters like these. And there are far more important things that I will carry with me to the end of my life. The little plastic spoon, offered to me by a chubby toddler, for example. That wins out, no matter what you say, or how often you say it. So do us both a favor and don’t bother.