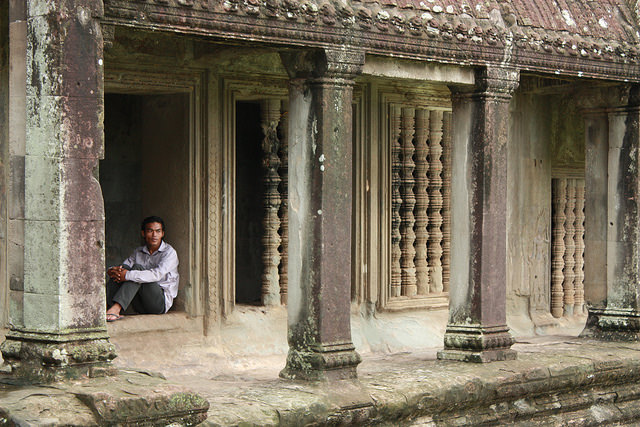 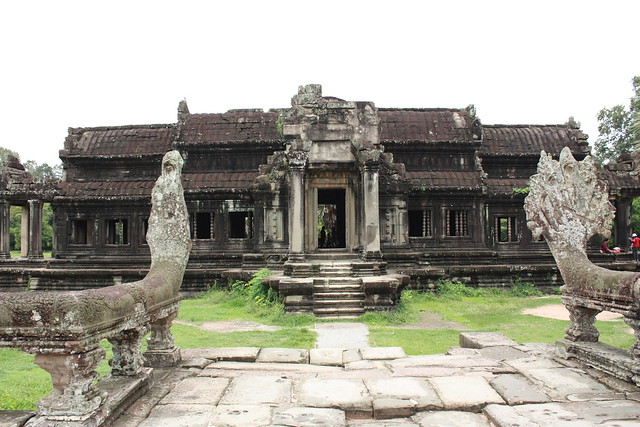 I’ve heard that when Anthony Bourdain first saw Angkor Wat, he stopped taking vacation photos. He realized that he couldn’t capture this place on film, and reasoned that there was no point. So he put his camera away and just enjoyed it. 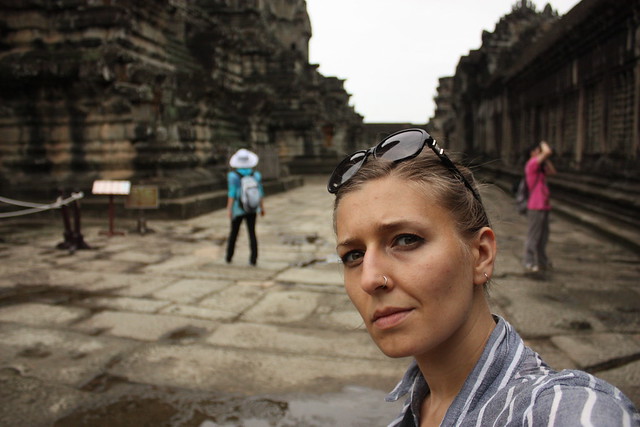 Here I am, attempting to look reverent and also NOT PICKING MY NOSE. #winning

But since I didn’t have a film crew, I took an obscene about of photos at Angkor Wat. And, no, they don’t capture how immense and incredible and awe-inspiring it is. Or how the air felt, so heavy with humidity and heat and the smell of incense that we felt faint. Nor was I able to record the buzzing of insects, or the sensation that the sky might open up and dump rain on us at any moment. These things you will just have to imagine.

I figure if these photos convey even a fraction of what it was like, that’s still pretty damn impressive. Here are some of my favorite images from Angkor Wat. 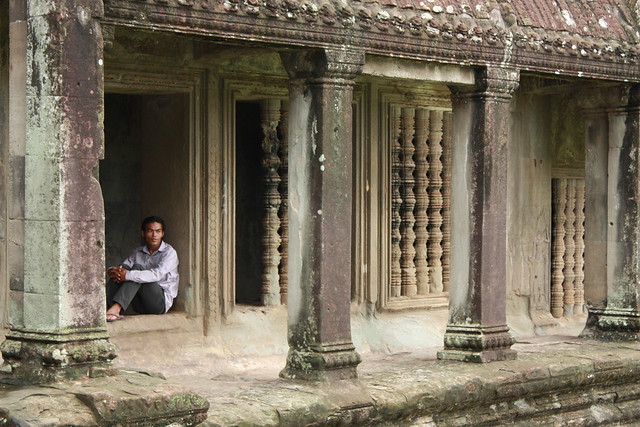 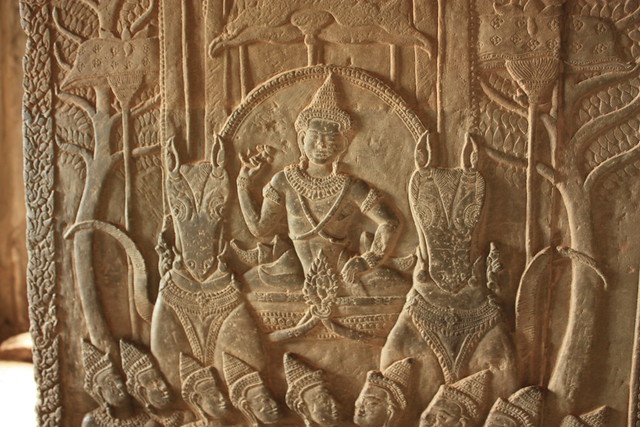 The entire place was covered with carvings like this. 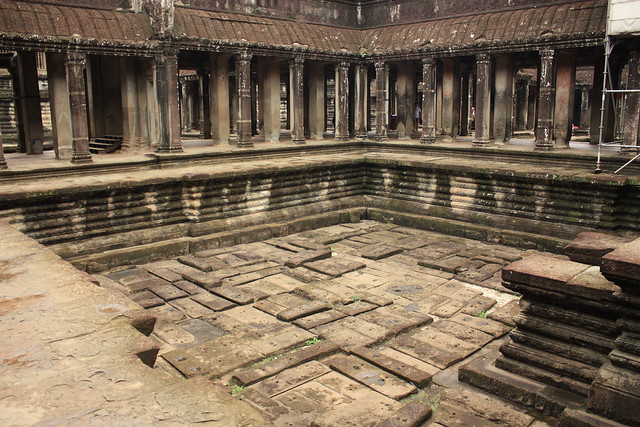 People would bathe in these pools before going to pray. There were four of them, corresponding to each of four elements (earth, wind, fire, water.) You’d choose which pool according to the element that corresponded with your birth date. 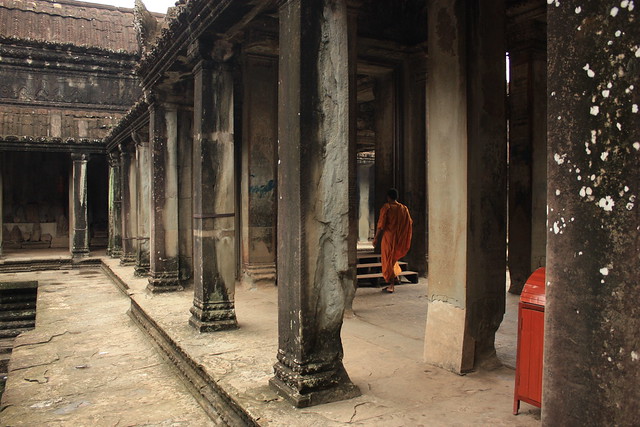 A touch of saffron. 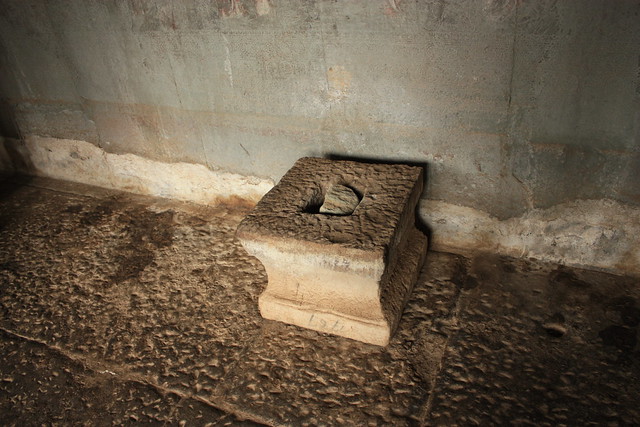 Empty pedestal: a statue once stood here, removed by the Khmer Rouge. 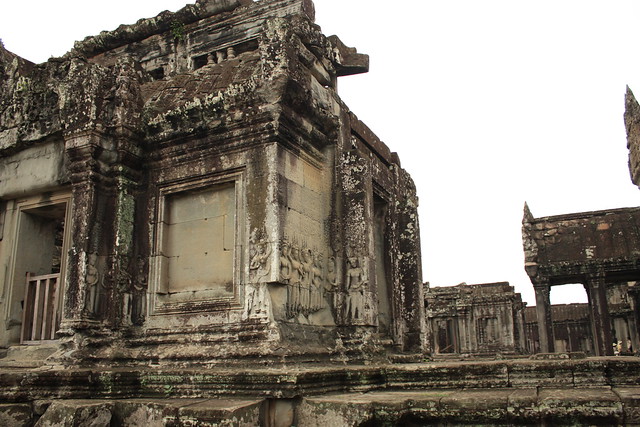 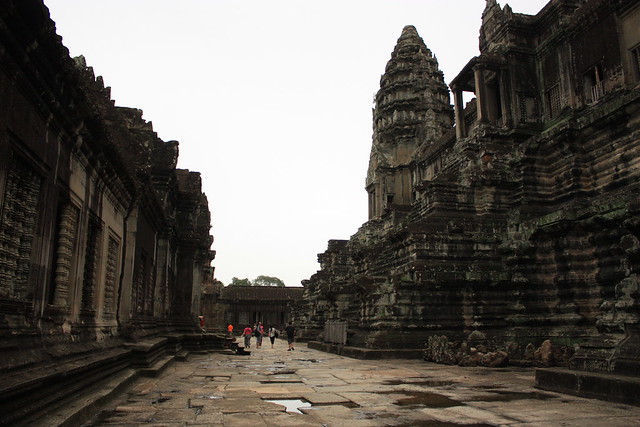 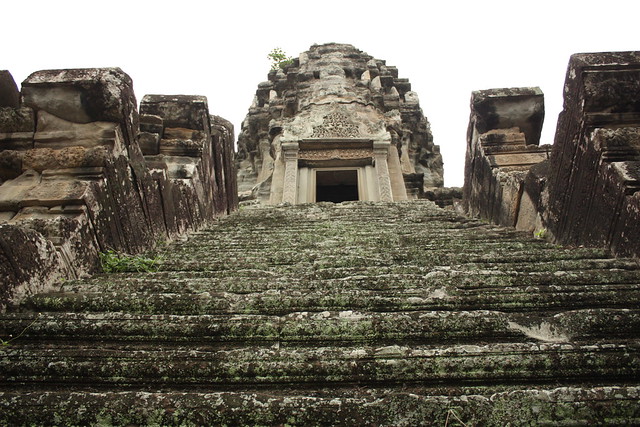 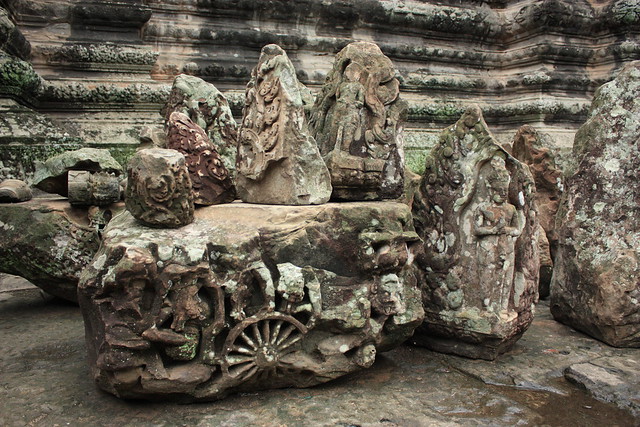 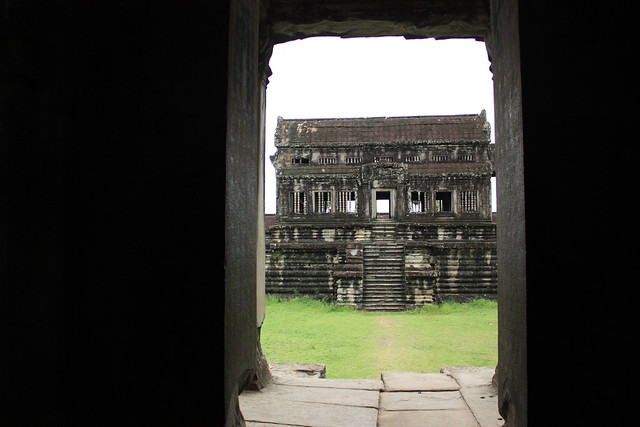 And this one, taken just outside the temple, of a little one working: 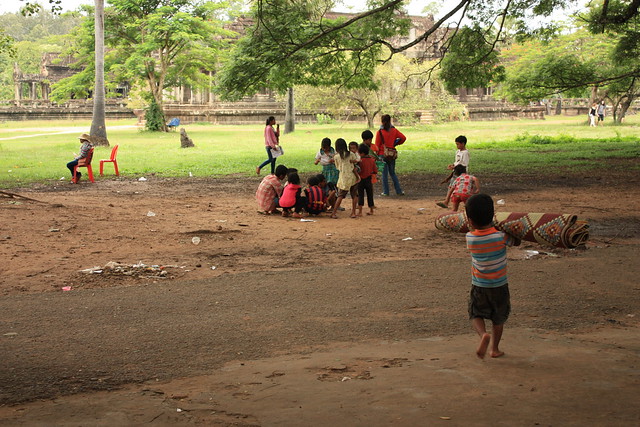 The mat was wider than he is tall.

Now – and I realize that this is a terrible place to stop, but you will have to forgive me – I need to move on from our Asia trip, if only momentarily. I realize that I haven’t even gotten to Vietnam (and the worst, and possibly most important train ride of my travel life). But so much has happened since Asia. Africa is pressing down heavily upon me, insisting that I write about it while the memories are still fresh (in exactly the way that I didn’t write about Cambodia). So I am pausing on this adventure, briefly, and moving on to the next one.