On our second day in Phnom Penh, down one necklace, and sufficiently emotionally drained after the one-two punch of the Killing Fields and Choeung Ek, we went to the Royal Palace. 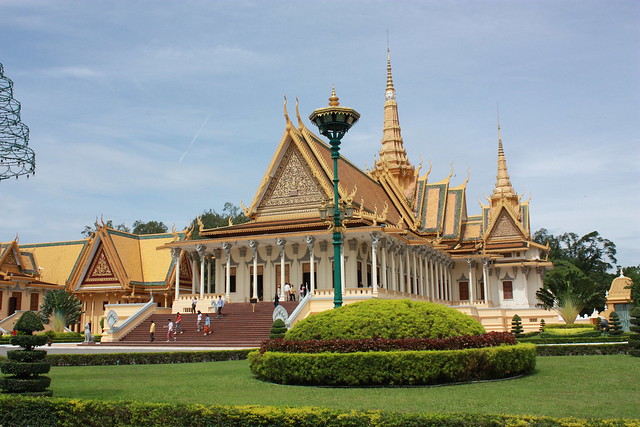 It felt like a reprieve. We were just giddy to be someplace bright. Even absurdly so. 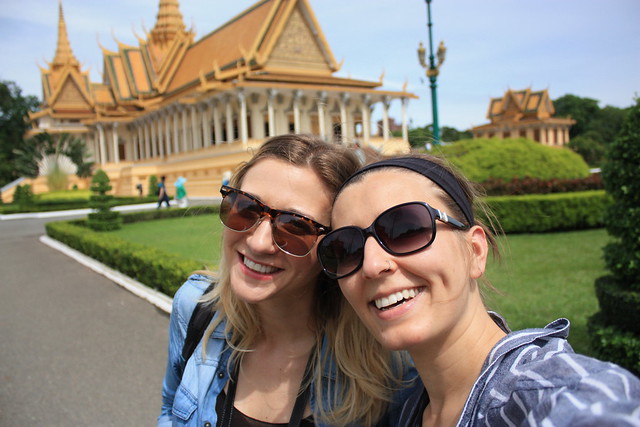 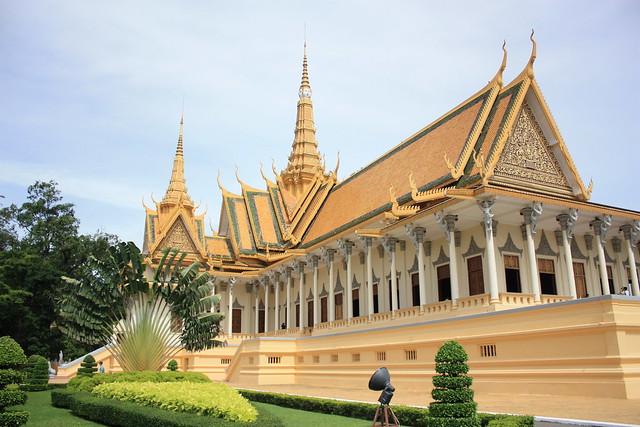 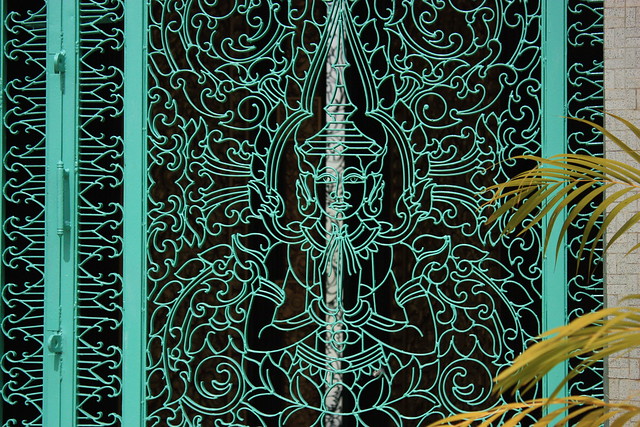 And absent of death and mass graves. Let us not forget that.

Luckily, we were both wearing pants and had long-sleeve shirts with us (I have Nicci to thank for this). You can’t enter the palace in shorts and a tank-top. But fear not: you can always buy pants at admission. The women in line in front of us did exactly that. 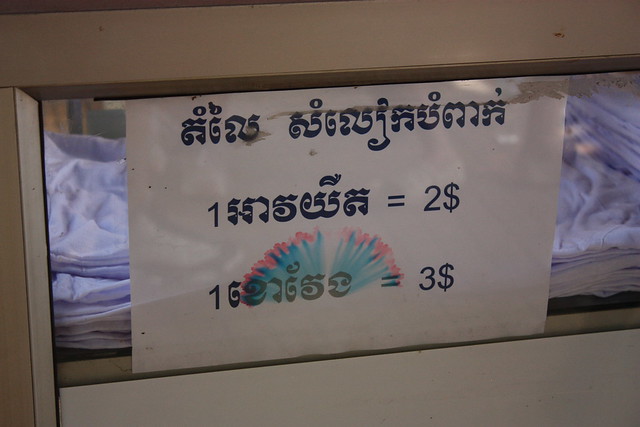 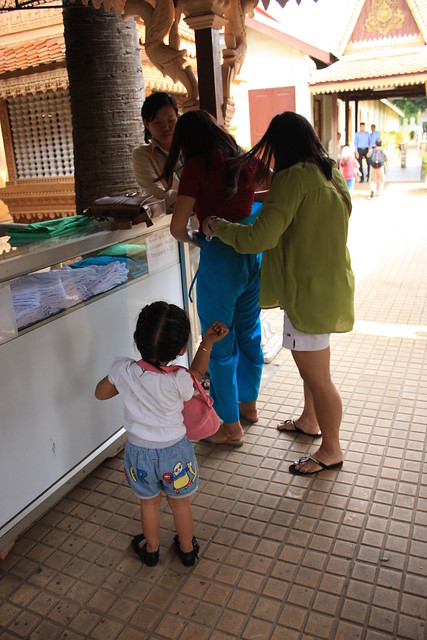 We declined a tour guide, and decided to just walk around on our own. This meant that we kept accidentally wandering down pathways that were off-limits, because we were so taken by the surroundings that we kept missing the “NO ADMITTANCE” signs. 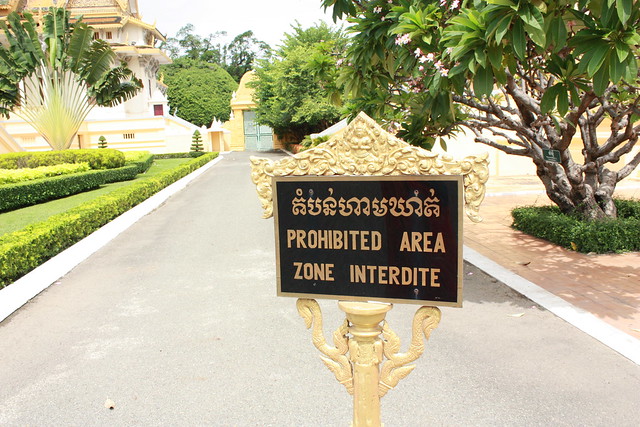 Which, in hindsight, were kind of obvious.

The palace guards, I should note, are incredibly gracious, and even when they have to shout something at you repeatedly before it finally sinks in, there is a sort of calm politeness about it.

The king’s actual living area was somewhere beyond that point, separated by another interior wall.

In the grand scheme of things, the palace is relatively new. Phnom Penh did not become the capital until the 19th century, and the palace wasn’t built until 1866. Many of the buildings were built in the early 20th century, some as recently as the 1950s. 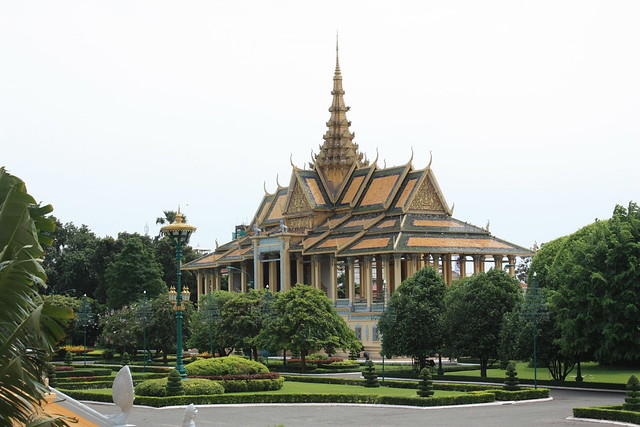 Though I would argue that some of the color combinations look straight out of a 1970s roller rink. 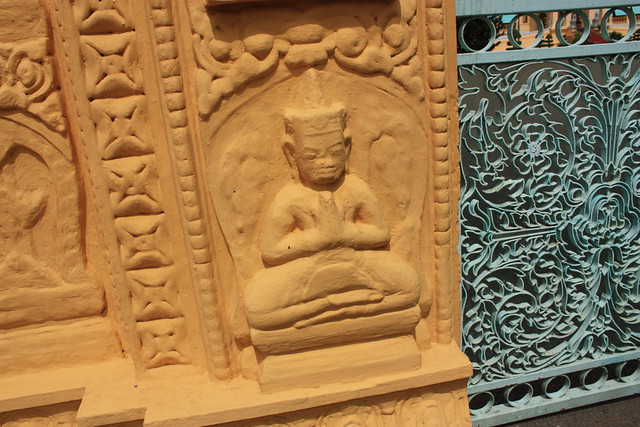 It was opulent (it was a palace, after all), though if I think about it, it felt almost reserved by Western standards.

Still, the contrast between this place and the poverty beyond the palace walls was evident; this was a sanctuary for the King. From here, you couldn’t hear the city, couldn’t smell the markets, couldn’t see the begging children. There was only the perfume of flowers and incense in the air, the brilliant green of the lawn, and the distant whirring of some construction equipment.

We arrived early, around 9:30 or so, which proved to be a lucky break: the sun wasn’t yet searing hot, and we had time to look around before the midday closure from 11 am to 1 pm. There weren’t too many other tourists, but we were far from alone. Everywhere we saw people working; gardeners and guides, construction workers and custodial staff. They were getting the palace ready in anticipation of a big state event the following week. During that time, the palace would be entirely closed to the public. 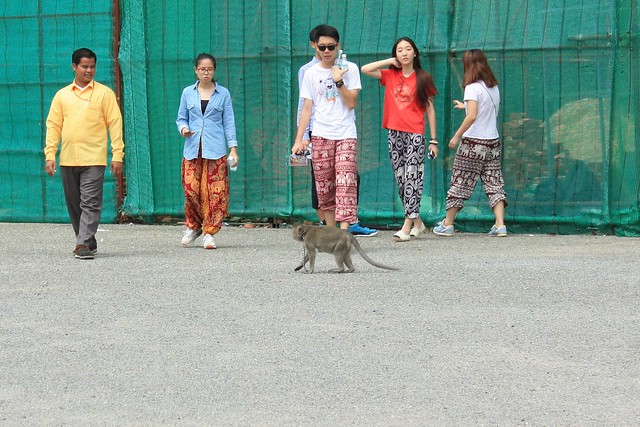 Though it would probably remain open to monkeys. 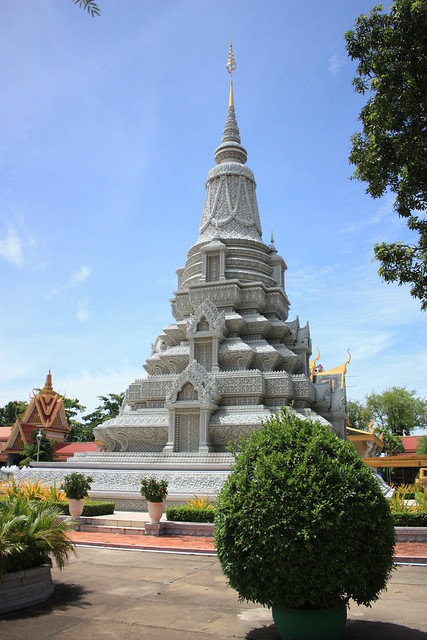 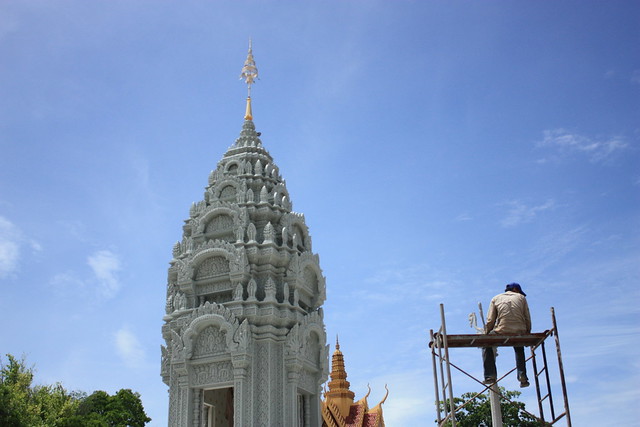 It was a nice break, I guess, a bit of calmness in the middle of the city. But it was also just a bit too serene, too manicured, too sterile. 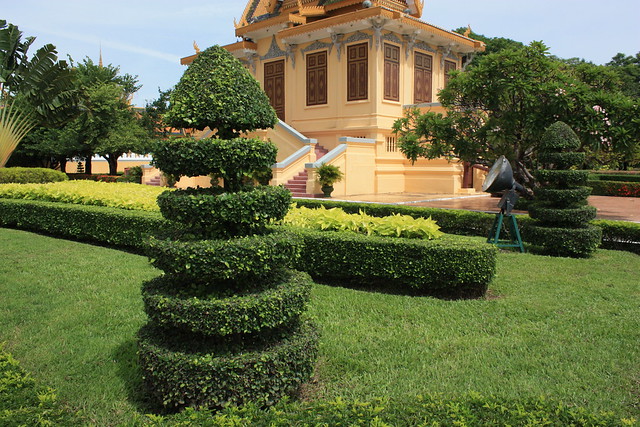 Trees like this don’t just grow on trees, people. 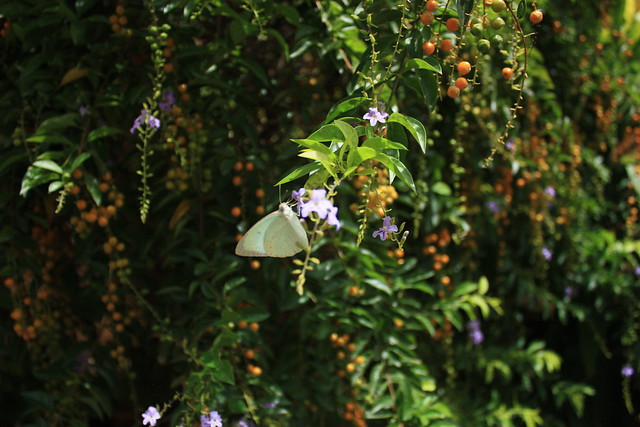 The place was full of stinkin’ butterflies.

It was lovely, but it didn’t quite feel real. 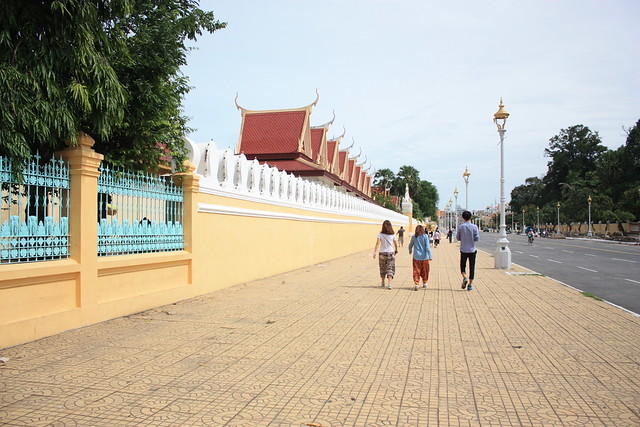 That was a criticism I couldn’t level against the rest of the capital. Phnom Penh was noisy and dirty and chaotic, sure. But holy cats, was it ever authentic.