My presumption with any warning sign, or really any sign at all, is that it exists for a reason. Like, you wouldn’t put a warning sign that says “Watch Your Step!” unless a dozen or so people had tripped on that particular spot. No sign, I figure, is unsolicited or unprovoked.

Which is why the two that I saw in Sorrento, near the docks for the ferries to Capri, were so darn delightful. Because they do not feel unsolicited. They feel like a specific response to the crazy actions of southern Italians.

This was the sign in the bathroom. When I first saw it, I thought I was hallucinating, because NOTHING could be so magical. Notice, also, that it isn’t translated. Do you know why? Because NO ONE BUT ITALIANS WOULD THINK TO DO THIS THING IN THE FIRST PLACE. 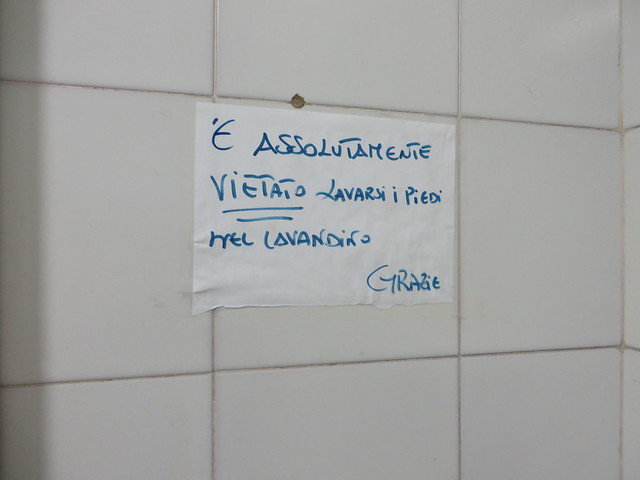 The sign says (and I shit you not): “IT IS ABSOLUTELY FORBIDDEN TO WASH YOUR FEET IN THE SINK. THANK YOU”

Honestly, how many people washed their feet in the sink before they put that sign up? Doesn’t that sort of fall into the “common sense” category? And yet, it must have been a pretty severe problem for it to have necessitated a sign. They even underlined “forbidden” twice.

This one is even more alarming. 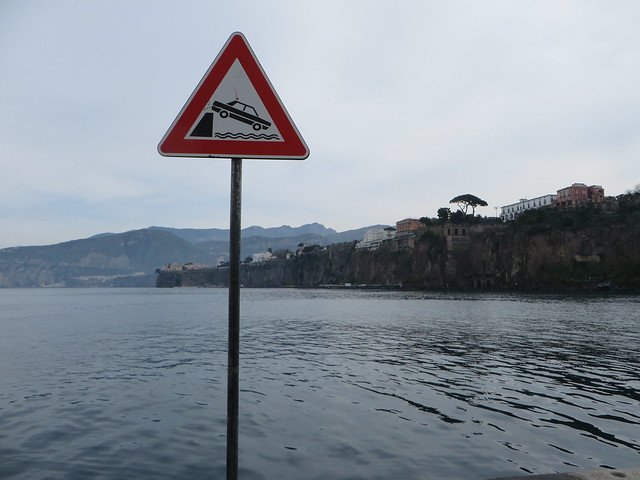 IT IS A SIGN WARNING YOU TO NOT DRIVE YOUR CAR INTO THE WATER. Because apparently that was a problem. So now there is a sign.

Keep in mind, this was the docks to ferries. It was a pedestrian-only area, where cars weren’t allowed. I don’t even know how you’d get one here, unless you broke through several security gates and took out a fence or two and then DROVE OVER A CEMENT PYLON. And yet despite all those blockades, there were still enough people driving cars in this area that they had to erect a sign letting them know that they shouldn’t DRIVE THOSE CARS STRAIGHT INTO THE WATER. 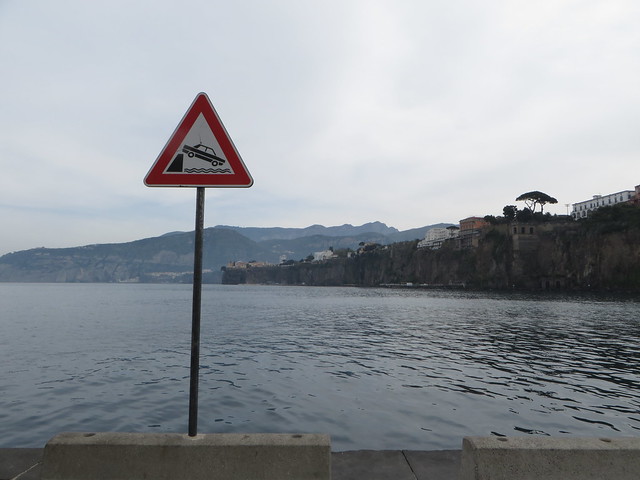 God, I love my people.