“Is … is that a peacock?” Rand asked me as we walked through the village.

“Over there, by the church.”

“I highly doubt it,” I said, squinting in the direction he was pointing. “I don’t think that-”

And then I saw it. 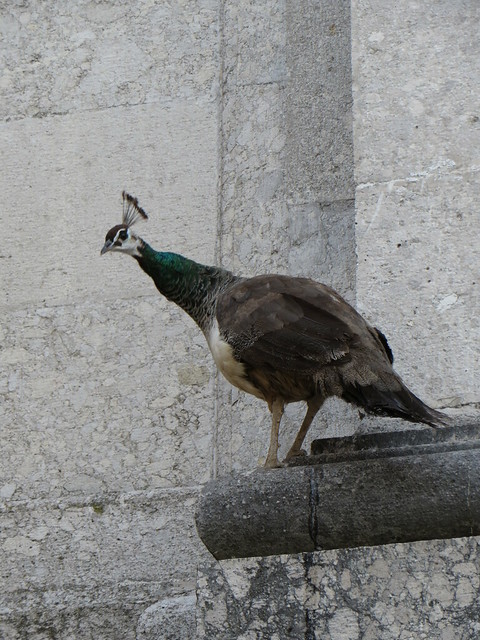 In my family’s village, high up in the mountains, a peacock lives by the church. He does not belong there, but he doesn’t seem to know that, so he just struts around like he owns the place. 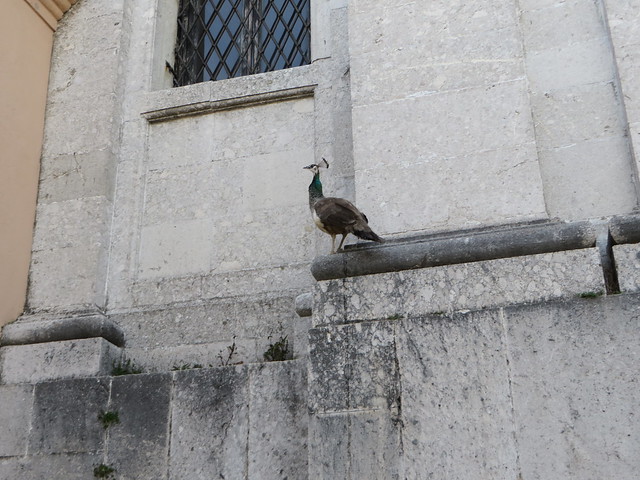 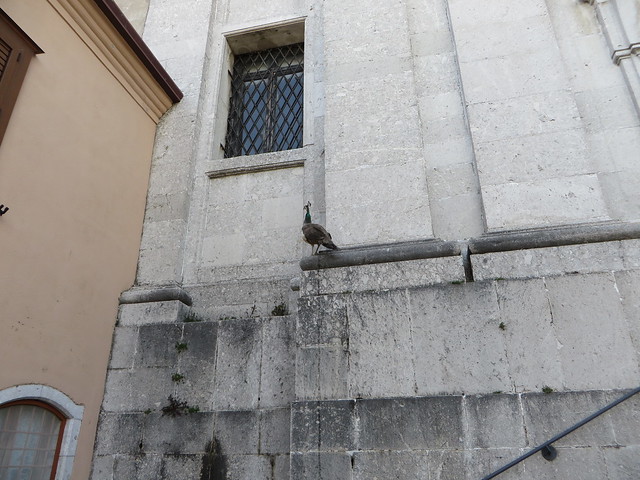 Later, my aunt explained to us that he appeared one day, in the wake of a huge, windy storm. He took up residence by the church, and never left. People who live nearby feed him.

Now he’s sort of become a mascot for the little village at the top of the mountain.

I have to stifle a laugh when I think about it, because it’s one of those things that, as a writer, you almost can’t believe. If it were in a short story, people would tell you to cut that part out, because the symbolism is just too heavy-handed.

A fish out of water. A peacock in the village. An American in rural Italy.

WTF, universe. At least make me work for my analogies. Don’t hand them to me like this. It’s just too easy.