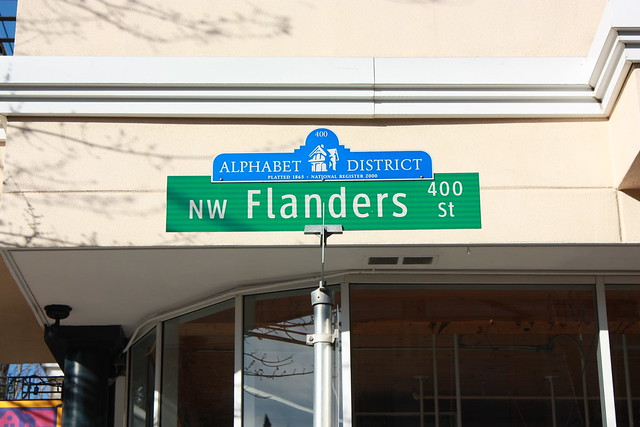 A familiar last name on a street sign in PDX.

I think it’s because Portland doesn’t seem to care whether or not I love it. I find that sort of apathy-fueled confidence appealing, I think because I lack so much of it. I really, really, at all times want people to like me, and if they don’t, I spend way too much time obsessing about it.

There were these girls who I knew in high school, who were sort of pretty and horrible in the way that some 17-year-old-girls are to their peers. I heard that they would occasionally get together and have “We Hate Geraldine Parties” in which they discussed how dim and annoying I was, and how my butt was really big, and I swear, the idea of that bugged me for years, right through college.

(Embarassing confession: at this point in the creation of this post, I might have Googled both of these women, because deep down, I’m clearly still a hurt 17-year-old.)

But if you told Portland that it had a big butt, it would probably shrug and say something like,

“Maybe. I’m gonna go get a taco and go learn to whittle. You can stay here and think about my butt.”

I love that. I want to be that. 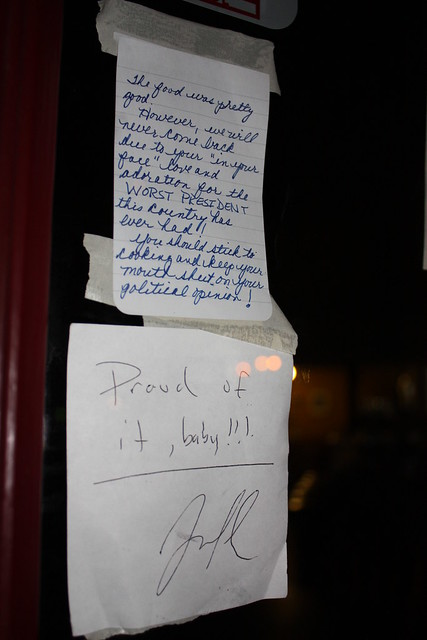 In case you need more proof.

I feel like no where is this more evident than in the Alphabet District in northwest Portland. It spans, more or less, from NW 2nd ave to NW 24th, from Burnside to Vaughn. The streets here, as the name suggests, are laid out alphabetically, starting with Burnside (or Alder, depending on your cross-street). I walked up Burnside from downtown, and then headed down 23rd, which is sort of the retail center of this area. There are thrift stores and specialty shops, and all manner of restaurants and cafes.

But I was on a mission, and so I ignored all of these establishments (okay, fine. I went into, like, four stores. But I didn’t buy anything).

I was looking for street signs. Matt Groening, creator of The Simpsons, is from Portland, and I knew that he named a number of characters after streets in his hometown, many of them in the Alphabet District. And so, on a sunny and unseasonably warm day, I was searching for them.

Any other city, I suspect, would have some sort of plaque or sign noting what was up. At least one gaudy statue, or perhaps a tacky, copyright-violating theme park in the shape of a nuclear power plant. Maybe two dozen or so stores that specialize in Simpsons-related tchotchkes. Anything to make a quick buck off of the whole thing and draw more people to this corner of the world.

But not Portland. Because Portland really doesn’t care one way or the other. And man, you gotta love that.

So in order to find the streets in question, you have to look. The largest concentration of these Simpsons-related streets are in the Alphabet District.

There is Flanders, after which Homer’s perpetually positive and pious neighbor Ned was named: 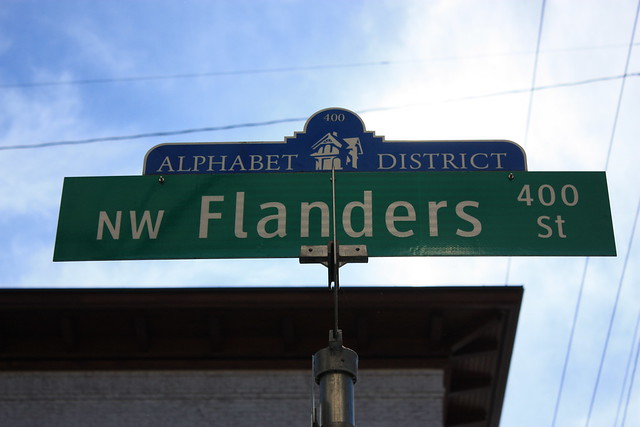 There is Lovejoy, which lent its name to the reverend. 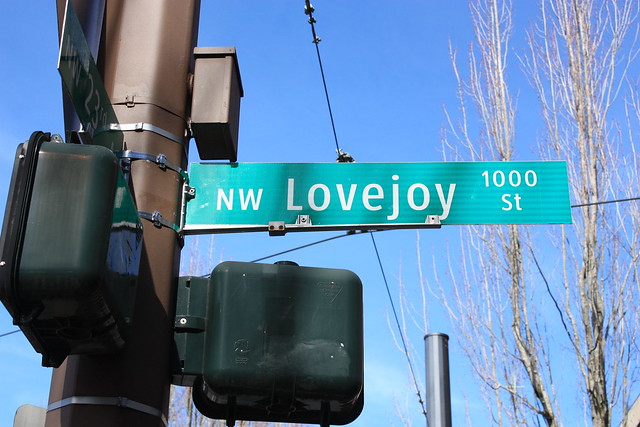 Kearney, the inspiration for the moniker of one the bullies of Springfield Elementary. 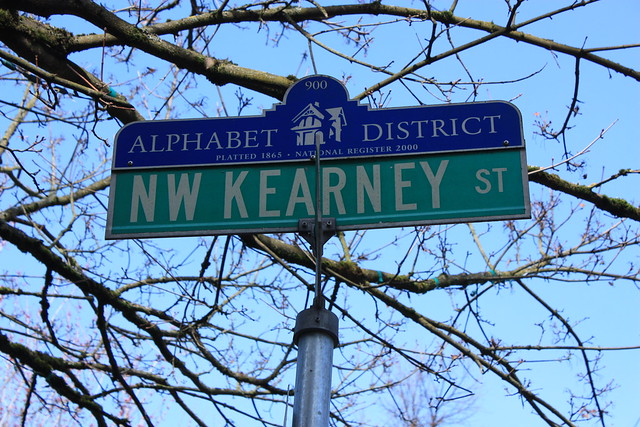 Further down there is Quimby. As in Mayor John Quimby. 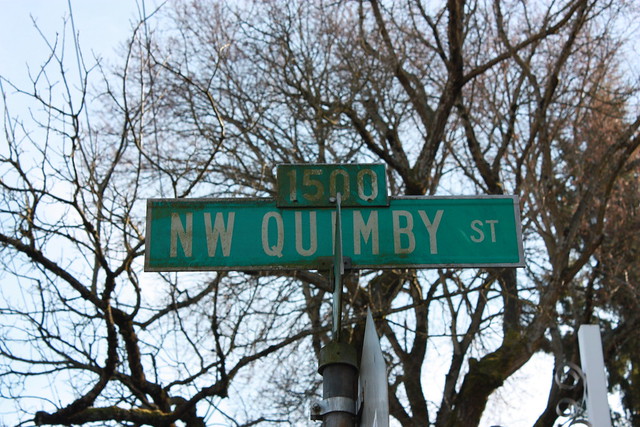 There are plenty more in PDX, scattered throughout the city. The habit of naming characters after city streets was soon abandoned by Groening (“We were in a hurry,” he said), and so you need knowledge of early Simpsons episodes to be able to spot them all.

Some like Van Houten (Milhouse) in North Portland are obvious.

Others are hidden in plain sight. I never realized, for instance, that Homer’s half-brother Herb had the last name of Powell. Like the boulevard, and the eponymous bookstore. 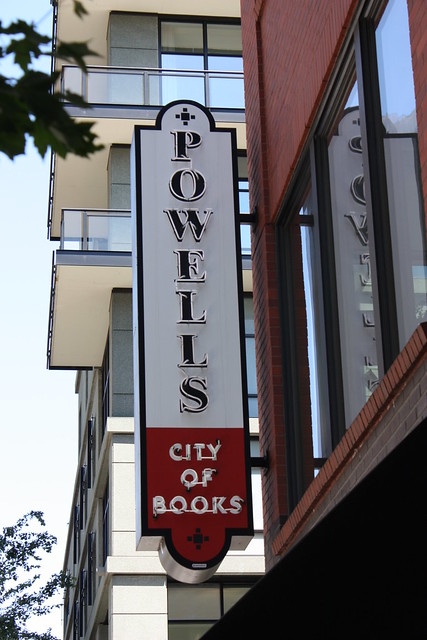 But just to make things confusing, this Powell’s Books is located on Burnside.

Or that Montgomery Burns may have gotten his name from Burnside Street. As for Terwilliger Boulevard (which has its own exit just north of the city), there is some debate as to whether or not it inspired Sideshow Bob’s last name. I’m in the camp that likes to think it did.

The street names are just one fun and quirky little feature of Portland. There’s plenty more to see in the city, of course.  You have to be a sort of huge nerd if you are going to spend a sunny afternoon wandering around, specifically looking for those signs.

And maybe I am a huge nerd. The good news is that Portland doesn’t seem to mind, one way or the other.