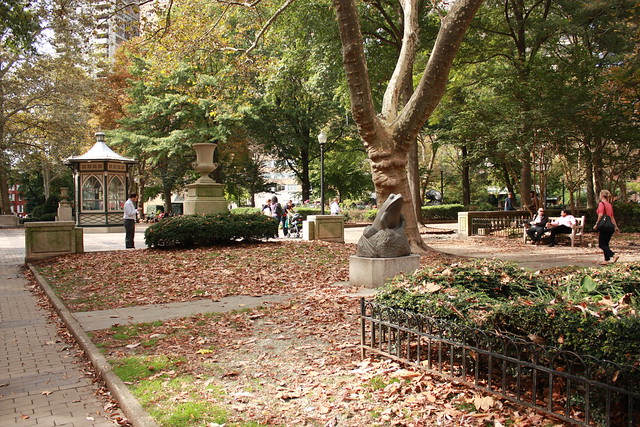 One thing that has always struck me about the northeast United States is how many darn town squares there are. You can’t walk more than a few blocks without running right into some sort of old, well-laid-out public park. I figure it’s a hold-out from colonial times, when you needed public areas like that in which to graze cows and hang laundry and put literate women on trial for witchcraft.

At the time when many of these squares were first built up, land was much more affordable, and you could get, like, 100 acres in the center of town just by giving the mayor a few bags of grain and three of your children (relax – you have like, 12 more at home). So setting a huge piece of land with excellent views aside for the people was no real big deal, because real estate agents and apartment buildings didn’t exist yet.

I mean, probably. I’ll be honest: I didn’t actually look up the history of how town squares originated. But it sounds right, especially that bit about the grain and the 12 children.

What I find most magical about the squares that dot the northeast is that there is no way you could have public spaces like that today, unless the words McDonald’s or Xerox were emblazoned all over the place (“Nabisco proudly presents Central Park!”). But because these plots of land were designated so many centuries ago, they get delightful and logical names. Sometimes they’re even dedicated to actual human beings.

Such is the case with Rittenhouse Square in Philadelphia. It was named after astronomer and inventor David Rittenhouse, who was the first director of the U.S. Mint. Which is fantastic because “Rittenhouse Square” sounds a lot better than “Mountain Dew Code Red Square” or whatever the hell we could have been stuck with.

Oh, and once upon a time, they really did graze cows there. Sometimes, I accidentally say something factual on this blog. Don’t worry: it probably won’t happen again anytime soon.

I visited Rittenhouse during our trip to Philly last month. I hadn’t exactly intended to end up there, but that’s the thing about squares: they’re right in the center of town. You turn a corner and find yourself in one. That’s just how it goes.

Here are some photos from in and around Rittenhouse Square – the surrounding neighborhood was filled with cute little shops and restaurants. Like the rest of Philly, I found it was fantastically photogenic. A slightly worn, sepia-toned wonderland. 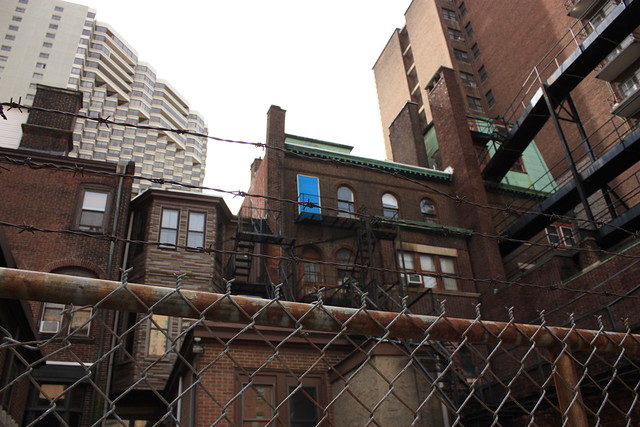 I crossed through a parking lot to get this shot, and may have almost gotten hit by a car. Isn’t it neat? 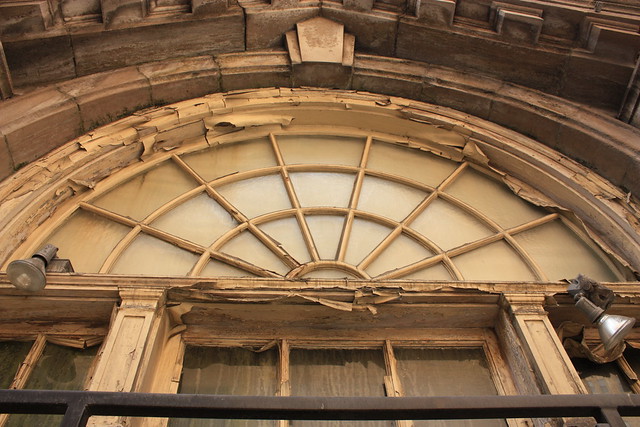 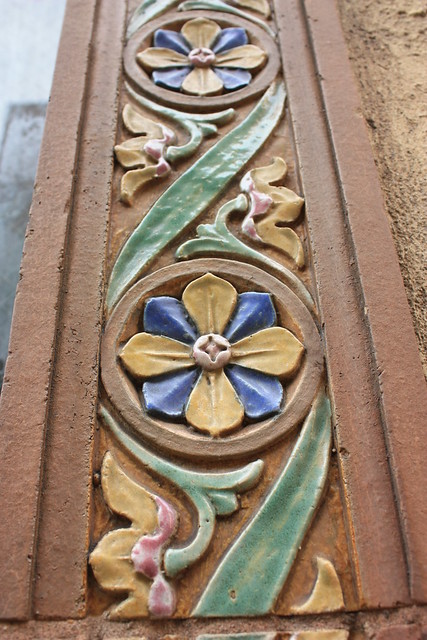 Detail on a building facade near Rittenhouse. 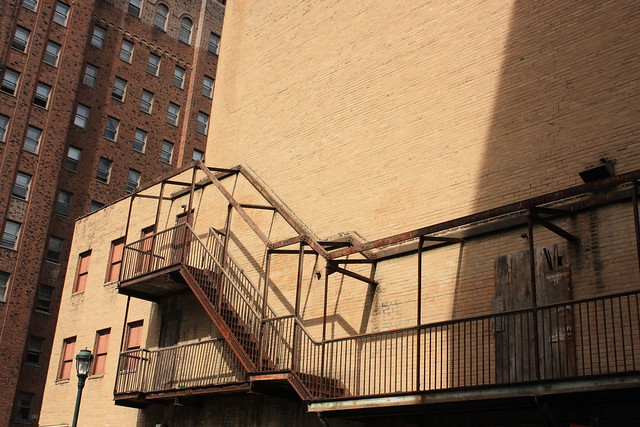 The square itself is a spot of green amidst the yellows and browns and burnt siennas of the surrounding streets. 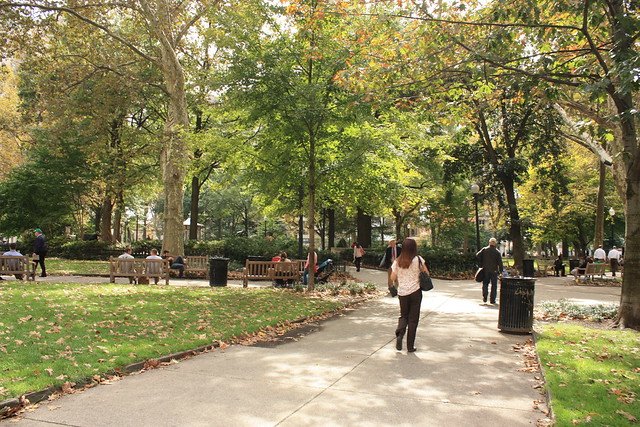 There are no grazing cows in Rittenhouse, but if you wander through at lunchtime, as I did, you will find it filled with people. Some sat, eating sandwiches or chatting on their phones. A few, like me, just walked around, enjoying a bit of peace in the middle of the city. 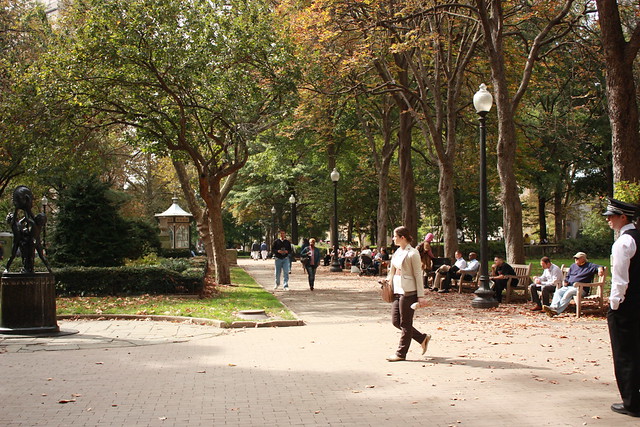 There are sculptures throughout the park. This one, aptly named “Lion Crushing a Serpent”, was by French artist Antoine-Louis Bayre. It was all a bit rather dramatic for me. 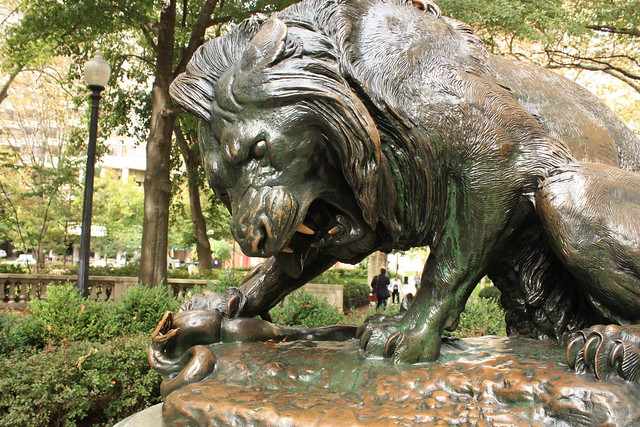 At one end of the park was the Evelyn Taylor Price Memorial Sundial, in honor of the former president of the Rittenhouse Square Flower Association. 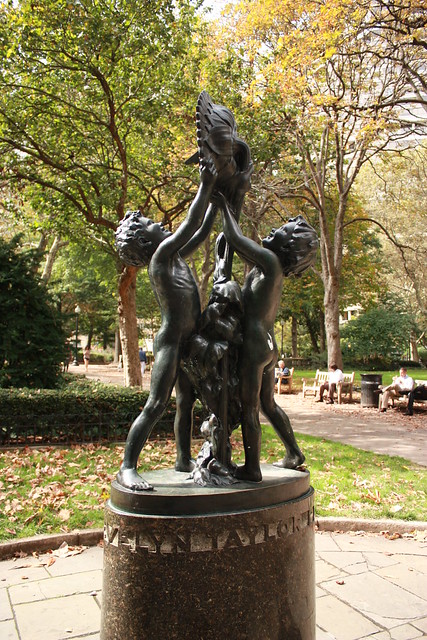 My favorite piece was this streamlined stone frog, entitled “Giant Frog” (honestly, whoever came up with these names deserves a medal, because it was remarkably easy to find them all on a map.) It reminded me of my husband, who is rather fond of frogs, public art, and adhering to logical naming conventions. 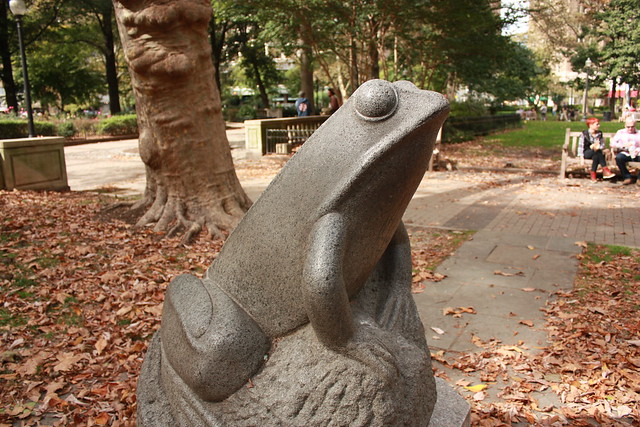 Apparently there were a few more statues that I managed to overlook (including one called “Duck Girl of 1911” which sounds AWESOME, and is so what I would call myself if I were a superhero). But I was getting hungry, and lunch was calling.

So I walked back out of the square. I’d only gone a few blocks, and wouldn’t you know it? 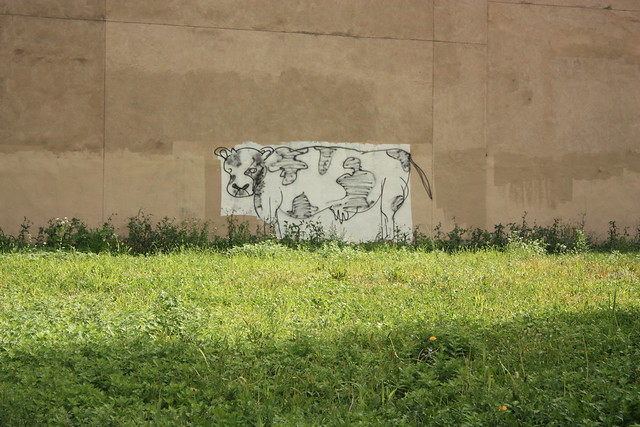 I found a grazing cow after all.