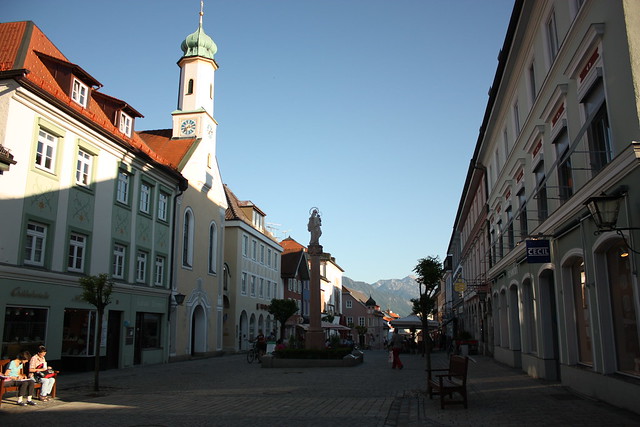 Murnau, home of the weirdness.

I’ve heard that everything we do is a reaction to our parents. They go left, so we insist on going right. They use coupons and buy generic from the big chain supermarket, so we spend waaay too much at the organic independent co-op on the corner (and every time we go grocery shopping, we leave with the distinct feeling that we need tattoos and more piercings).

They wear mini-skirts, date younger men, and constantly eat gelato, so we don’t. Except for the gelato bit, because psychology and childhood rebellion have their limits.

In my case, it means that I am skeptic of the highest degree. This is because my mother is, often against her better judgement, a believer.

For her, there are no coincidences. Everything, absolutely everything is a message from the universe. She once called me up to tell me that the three initials on the license plate of the car parked in front of her matched the name of a friend of hers.

“It says P-A-M. And I just talked to Pam yesterday.”

“Huh. What else is on the license plate?”

She insists on taking the spiritual path, and so I turn tail and head in the exact opposite direction: I think nothing is a sign. Ever. Everything is a coincidence, a happy accident, explained by chance or the law of averages. There is no big picture, no greater plan.

The universe has absolutely NOTHING to say to us.

And if it ever starts to murmur, it’s because someone’s trying to sell you something.

But recently, in Southern Germany, in the little village of Murnau, I encountered one of the strangest … coincidences of my travels.

I know if my mother saw it, she’d had put a hand up to her chest and gasped. She’d explain that it was a message, and that it shouldn’t have been ignored. There were no coincidences.

“This means something, Geraldine,” she’d say, slightly annoyed at my skepticism. And then she’d wonder where she could get a gelato.

Here is what I saw, that my mother would have found so odd:

There was a building in town that had, not long before, caught fire. It didn’t burn to the ground, but was clearly damaged, and had yet to be repaired (hence my assumption that it had been recent. Germany isn’t the sort of place where people let their homes and businesses fall into disrepair). 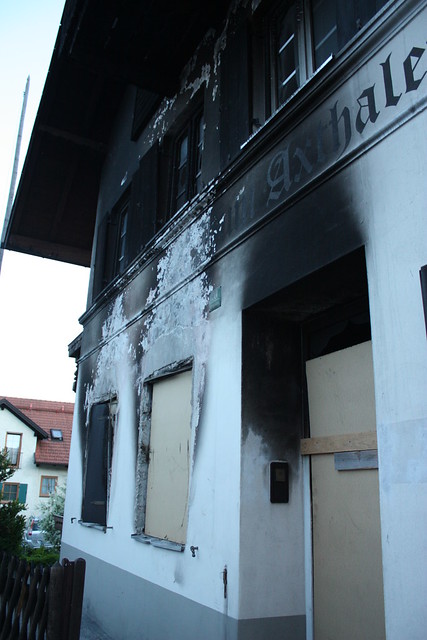 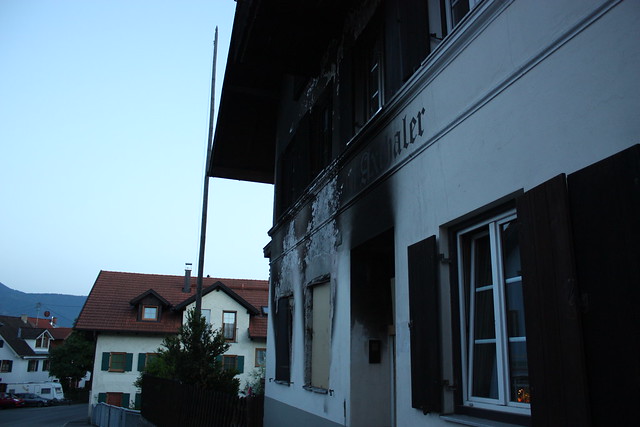 This, alone, wasn’t strange. But then we turned the corner, and saw the building’s other facade. 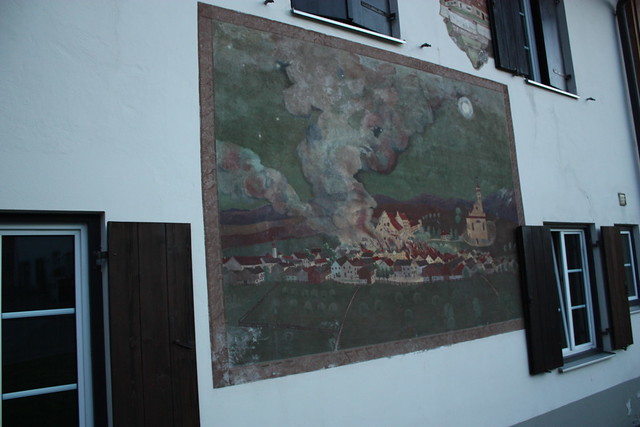 There was a mural painting on the side. And the mural was of a friggin fire. 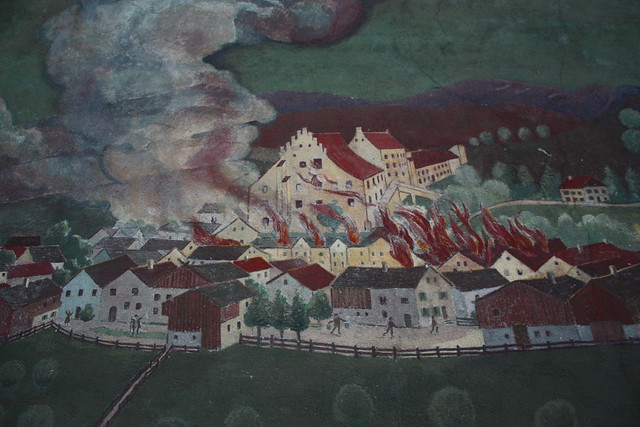 Are you hearing me? There was a mural of a fire on A BUILDING THAT HAD CAUGHT FIRE.

I freaked out for a few minutes at the time (and then again is hindsight) before I began to rationalize things.

It wasn’t as eerie or strange as it seemed. The town apparently suffered a major fire in 1835, and nearly all of it had to be rebuilt. It’s a big deal in the history of Murnau, and this mural was merely documenting the event. And the building (along with its mural) stood for the better part of two hundred years without incident, until another fire damaged part of it.

So it was just a coincidence, right? Not that big a deal. It’s not like the building was trying to warn the residents of something that was going to happen again in two centuries(which I’m sure is what my mother would take away from the whole situation).

Still, if a mural suddenly appears on the side of my home, I might be inclined to listen. Especially if it’s an elaborate work dedicated entirely to gelato and baked goods.

Excuse me. I need to go find some paint.