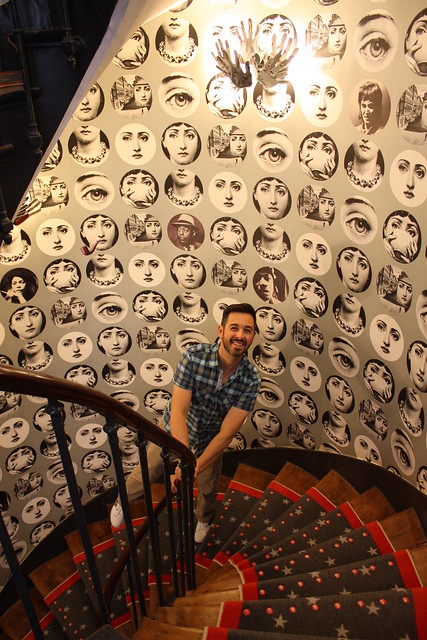 This picture is frigging adorable.

My first impression of Paris didn’t take hold until we got to our hotel. The cab ride was lost to a jet-lagged fog – no opinions or observations of the city would be forthcoming. I simply struggled to keep my head up so that the driver would think I was awake, and wouldn’t take any costly detours through the outskirts of the city.

Not that I’d know it if he had.

The Hotel du Triangle d’Or sits just around the corner from the Concert Hall Olympia in the 9th arrondissement – a central and fairly convenient location. It is at the end of narrow street filled with a few cafes, a handful of boutiques managed by irritable owners (in my estimation at least), and is right across from a collection of sex shops. 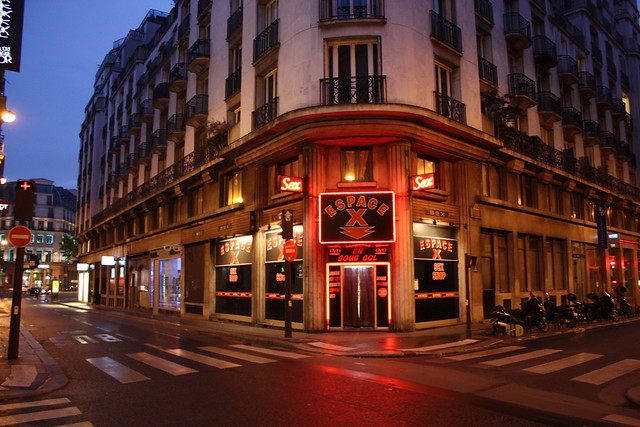 It all felt absurdly, ridiculously French. The hotel was designed in collaboration with five different musicians, and there is a floor dedicated to each of them. We were on the Archie Shepp floor.

Of course, we didn’t know that at the time. We were far too tired to read the signage throughout the hotel, and much of it was in French, anyway, so we just dismissed the decor as being avant garde. We were in Paris. Things didn’t need to make sense. 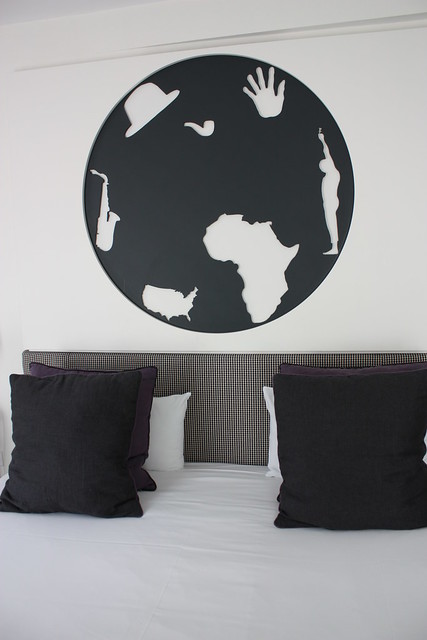 Rand asked me if Africa and the U.S. were the right size (he meant, of course, in relation to one another). “No, baby,” I replied. “They are much bigger than that in real life.” 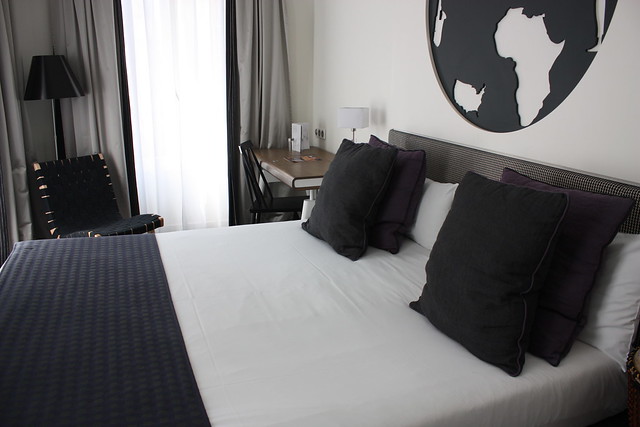 Our room wasn’t big, but there was enough space for us to open at least one suitcase and for Rand to set up his laptop without one of us having to resort to sitting in the bathroom. Being on the second floor, the early morning noise of the street filtered into our room, and we took to sleeping with earplugs in, which isn’t unpleasant, but did inspire at least one dream where I was being attacked by a giant cotton swab.

The staff was pretty damn pleasant. A few people at the front desk were over-the-top friendly (especially when I tried my pitiful French), and I even got the sour-faced pretty girl (who, sadly, seemed to be suffering from a terminal case of ennui) to smile once or twice.

But what I loved more than anything (yes, even more than the breakfast, which featured a copious amount of pastries and juices, but was a bit pricey at 16 Euros), was the decor in the common areas of the hotel. It was a bit heavy-handed, a bit of a Parisian pastiche, and the allusions to Magritte were unsubtle to the point that lampshades in the lobby were actually bowler hats. 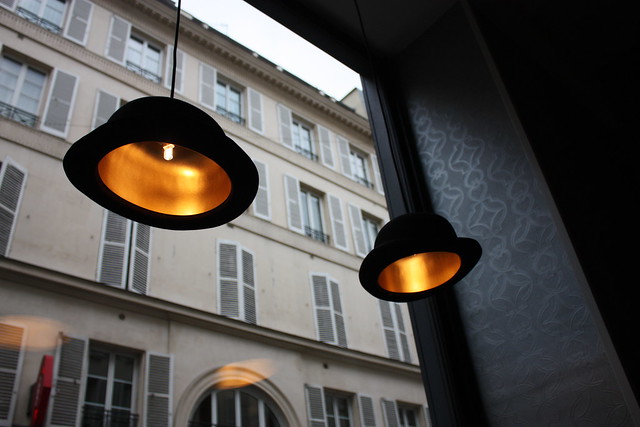 But I loved it just the same.

The breakfast nook in the restaurant was decorated with wooden hand mirrors and plush red velvet chairs. It was entirely inappropriate for summertime in Paris, and just sitting there made me long for a chilly fall night and a glass of … I don’t know, absinthe? 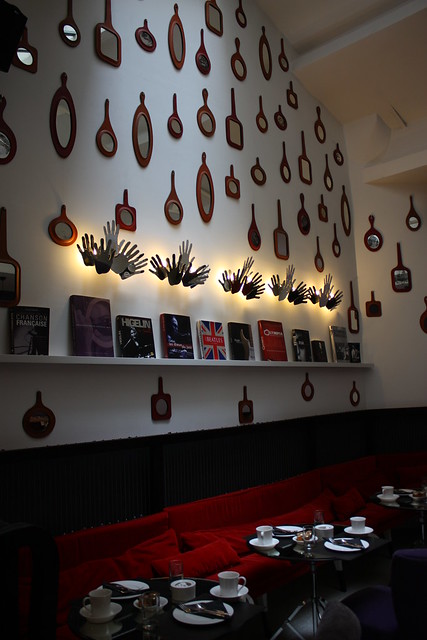 The wallpaper in the hallways and around the spiral staircase was actually by an Italian artist (Fornasetti, who was active in the 20th century, and for whom I am a total sucker), but the Hotel du Triangle d’Or had made it their own. 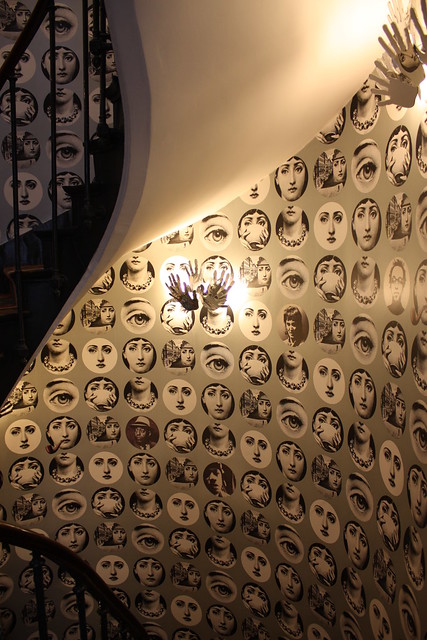 Portraits of the musicians who’d helped design the hotel were interspersed in the wallpaper, and the occasional pipe had been decoupaged in. 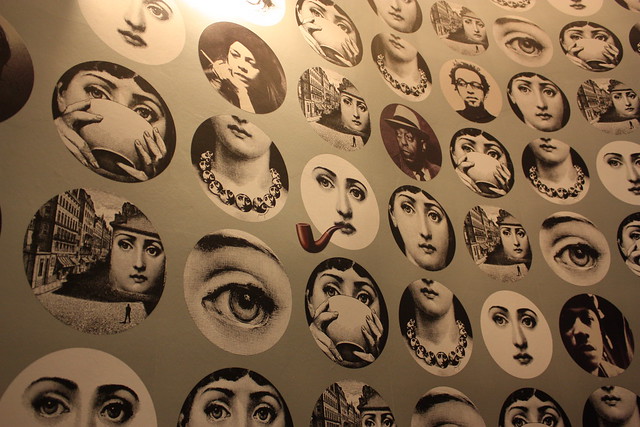 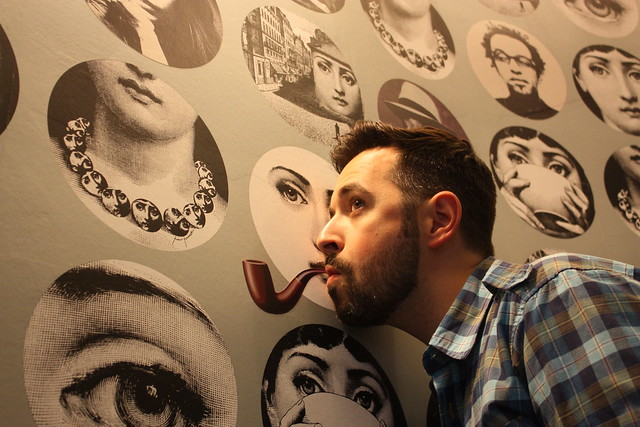 There was a delightful symmetry between the light fixtures and carpet in our hallway and room. This was the wall sconce in the hall – a bunch of mirrored hands. 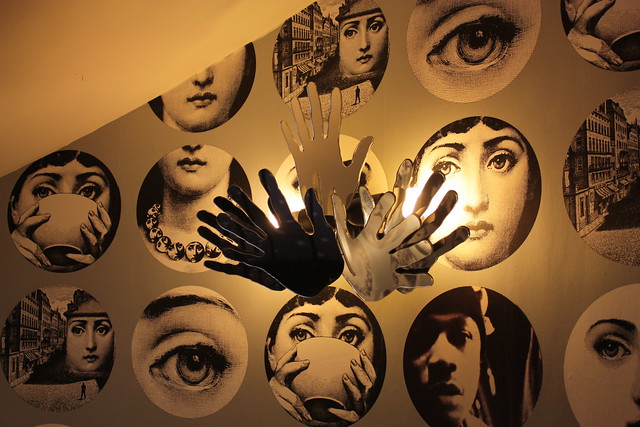 This was the carpeting. 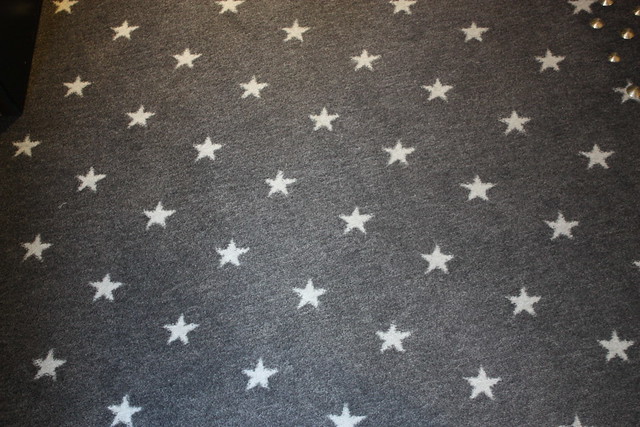 And this was the light fixture in our room … 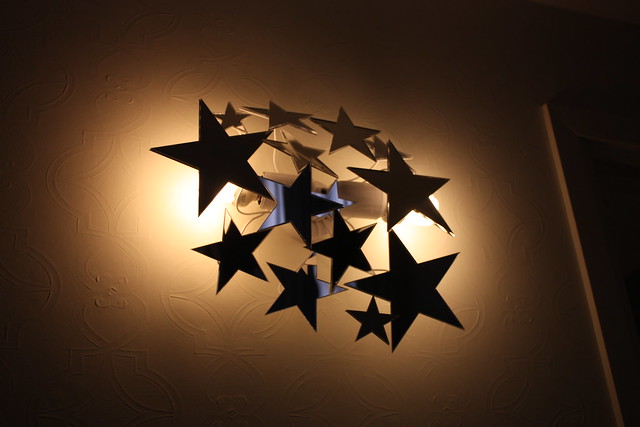 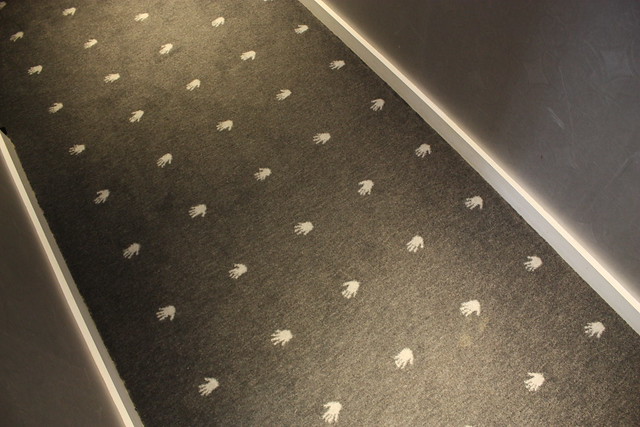 The facade was, by comparison, rather plain (so much so that I’ve just realized now that I neglected to even take a photo of it). It blended in to the street so well that I was worried I’d have trouble finding our hotel again. Just once, this proved true, as I panicked on a city street a few blocks from our hotel, unsure of where I was.  I was surrounded by dozens of tiny streets and rues, some so small they’d been left off our free map. But a reminder Rand had given me before I left came to mind, and I found my way back.

“Just keep an eye out for the sex shops,” he said, “and you’ll know you’re close to the hotel.” Honestly, I couldn’t imagine anything more Parisian than that.