Rand and I went to Miami and Boston for a few days last month. Rather than lug my camera, I decided to just take photos on my cell phone. I’m not entirely sure if I’m pleased with the results. I suspect that I won’t leave my Canon at home again. 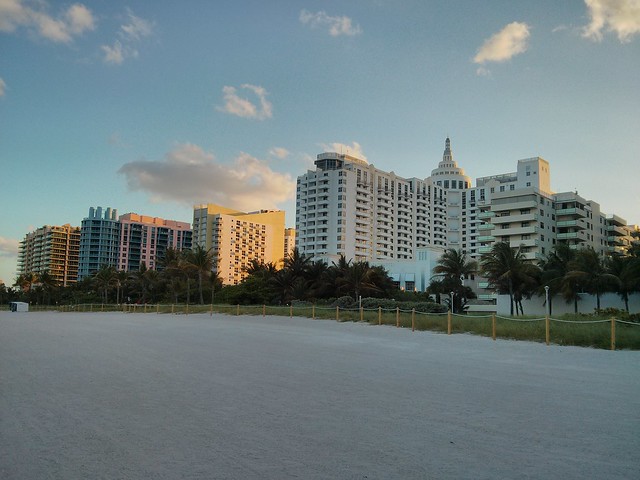 I moved to Central Florida in the middle of second grade. It would be another several years before I’d visit the southern end of the state, but I remember my first visit there clearly: the boardwalk in Miami, the white sand, an ocean the color of that kids’ gel toothpaste my mother refused to buy us on grounds that it was too expensive.

I remember thinking that it was one of the most beautiful places I’d ever seen. Of course, at the time I’d only been on the planet for a decade or so, and I hadn’t really seen that many places. It’s not like I had a lot to choose from.

But when Rand and I stopped in Miami for a few days last month, I realized that my initial impression wasn’t wrong. It is still absurdly beautiful. And now I’m able to appreciate things that I overlooked as a kid: the architecture of the buildings along the beach, the brilliant interior design of our hotel room.

I notice other things, too. Like how the boardwalk is crowded with beautiful people in skimpy clothing; they’ll size you up in one brutal glance. The restaurants are overpriced and packed with drunk college kids drinking margaritas out of punch-bowl sized glasses. It’s stressful and crowded. And it can feel horribly fake.

We stayed at the James Royal Palm, which is kind of like Miami Beach in microcosm. It is beautiful; impeccably decorated … 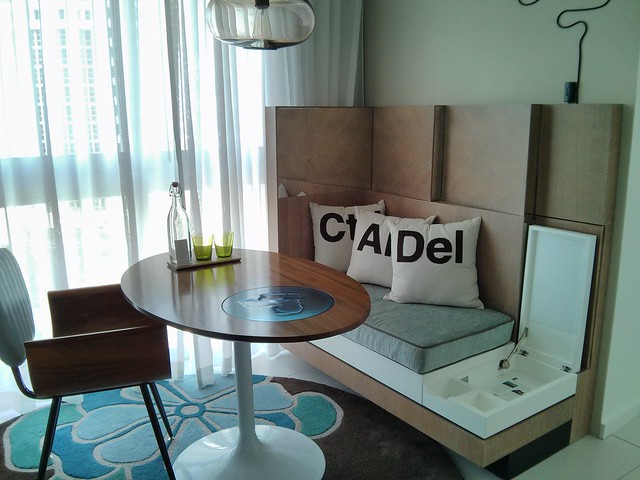 The sitting area in our suite. 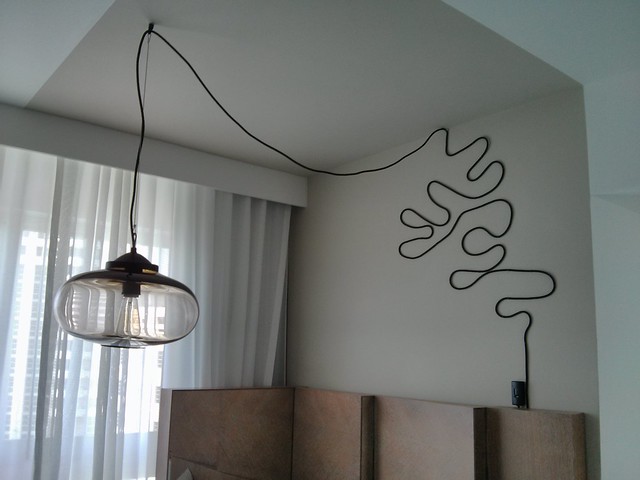 Most brilliant display of a electrical cord, ever. 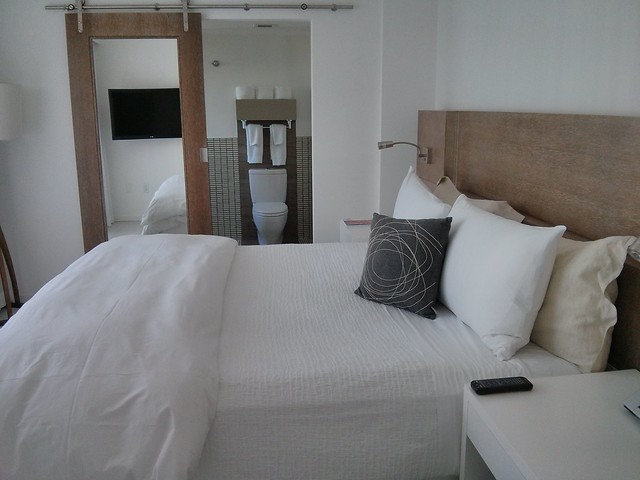 Our lovely bed. We slept great, once we started using earplugs.

And the views aren’t bad. 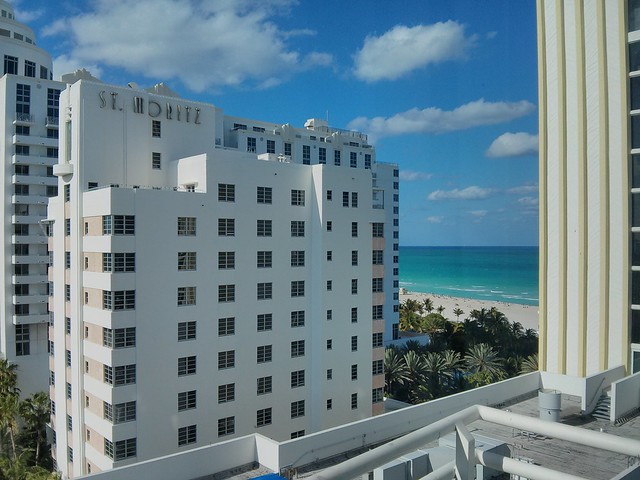 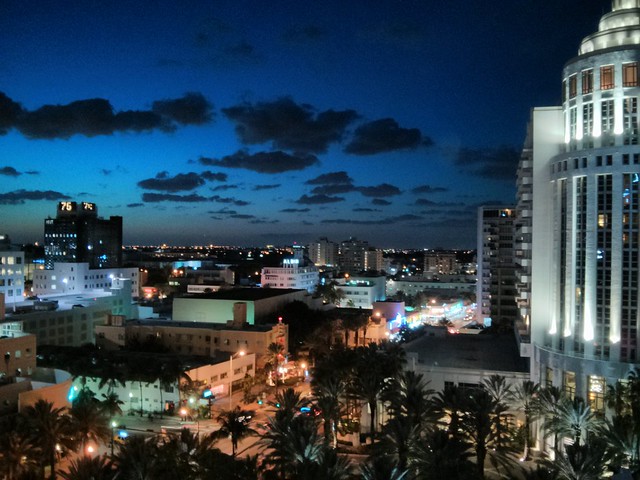 But it’s also incredibly noisy – the walls are thin, and the sounds of drunk people in the hallway (talking loudly, bumping into things, and occasionally singing in the middle of the night) echo into your room. The building itself looks like it’s art deco, but further research showed that it was built recently. 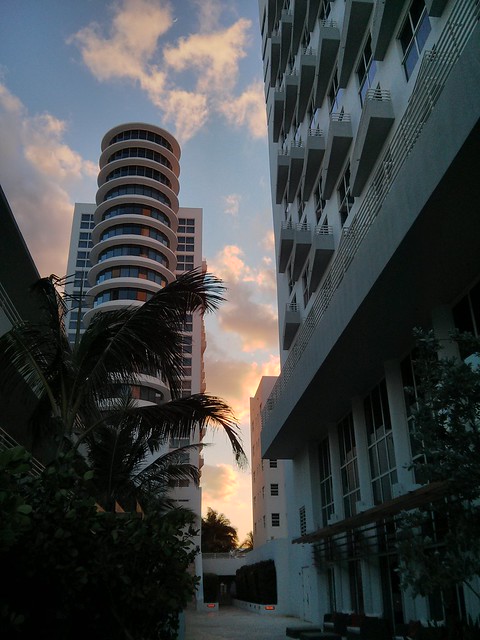 The whole place is kind of faking it, just a little bit. Rather than hang out in the hotel lobby (which was inexplicably playing club music 24 hours a day), or venture into any of the bars, we just walked along the beach. 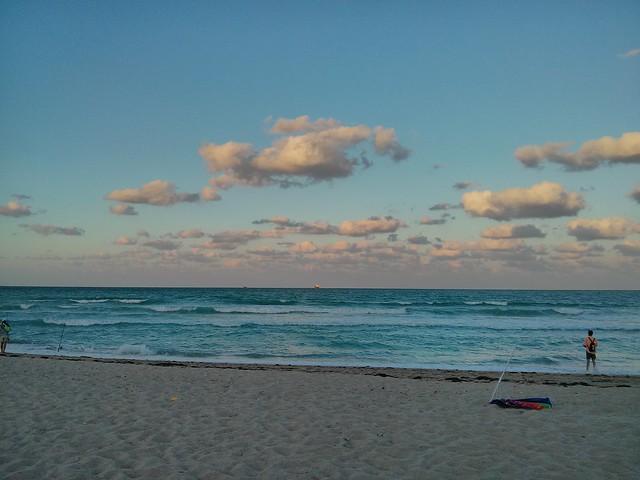 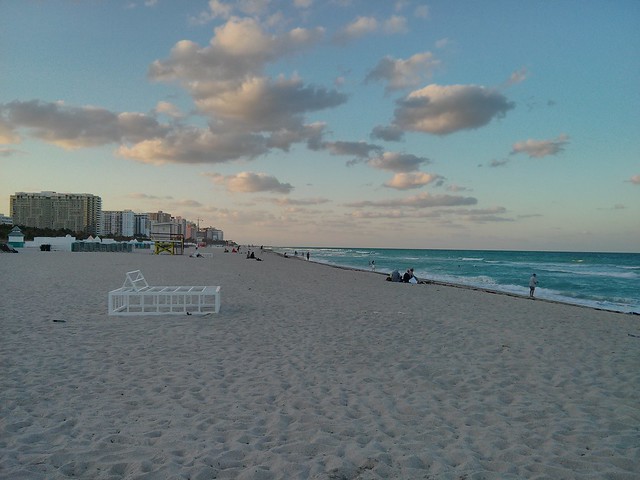 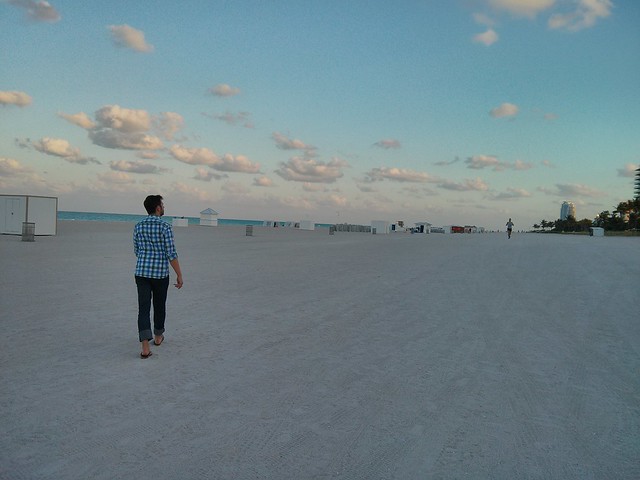 We avoided the fancy restaurants, and instead opted for hole-in-the-wall Cuban places. We ate empanadas for breakfast, and lamented that we couldn’t find good cafe con leche in Seattle. 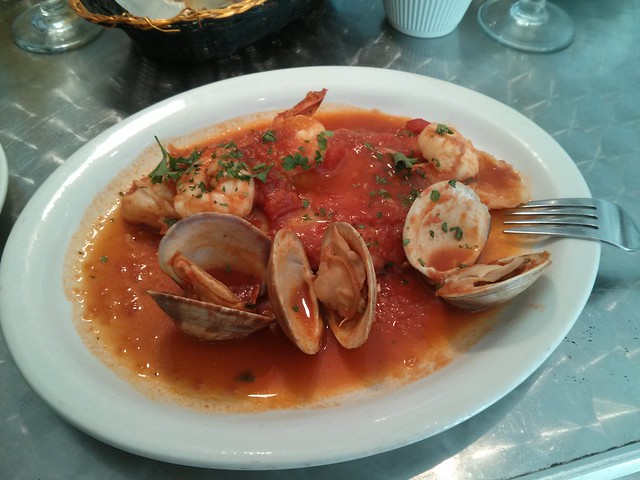 We skipped out on the clubs, and instead visited with people who we’d been missing. 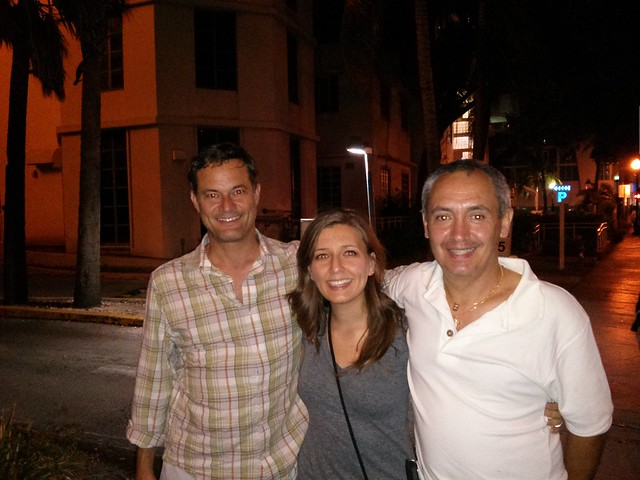 With my cousins; demonic red eyes seem to be a family trait.

We managed to find a bit of authenticity in Miami Beach. We just had to look a little harder for it. 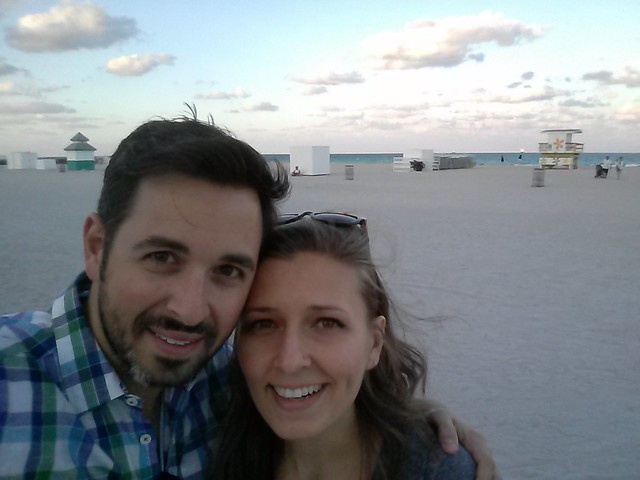