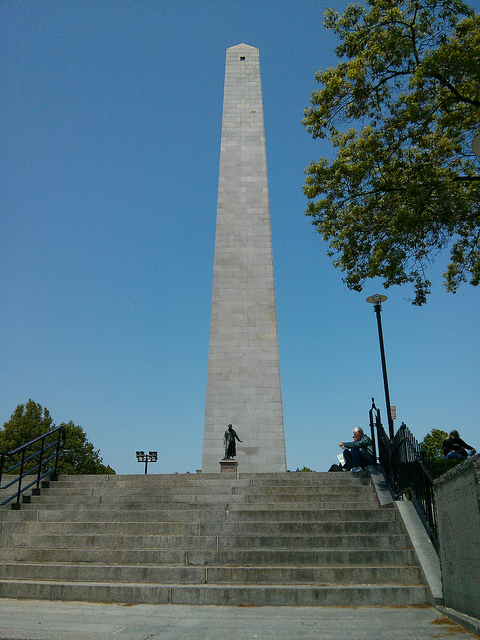 I can hear them.

Their shrieks and cries reverberate against the stone walls. They are far enough away that their wails are less ear piercing than normal – I wince at them, but the noise alone is not enough to render me immobile (as I know it can in closer proximities). Occasionally, I hear the muffled moans of one of their earlier victims (they seem to be dragging him along for sport).

I must keep going.

I have a bit of a head start. How much, I’m not sure. I’ve underestimated their speed, and overestimated my own.

I had asked about them before I started to climb the dark, seemingly endless bank of stairs. The young man told me that if I left now, I’d have a good 15 minutes before they arrived. I could have waited, but there was no guarantee that more wouldn’t be along after them. The next group might be more vicious, more hungry.

And so, foolishly, I left, thinking that I’d have plenty of time.

Soon they will be upon me. The tower is cool and dark, but my back is slick with sweat. I can’t stop now. At the top of the tower, in the light, I will having a fighting chance. But here, in the darkness, in the narrow, spiraling staircase I’m now climbing … if they catch up with me here, it’s over. I’ll be torn to shreds in a matter of moments. Forgive the blurry photo. My hands were shaking with terror.

For a second, I wonder if I can pass myself off as one of them. I try to recall what little I’ve learned of their language. The few things my cousin’s flaxen haired little girl tried to teach me, in hopes that one day, it might save me. I’d dismissed it as childish drivel. But she was only trying to prepare me for this.

What had she been talking about? Think. Think. THINK.

A hazy memory comes to mind.

“That’s so Raven,” I whisper, like an incantation. Surely that will mean something to them.

“The … the Suite Life of Z-Zach and C-Cody,” I continue, less sure of myself.

“Wann … Wann Direk-shun?” I spit out, breathlessly, before realizing it is hopeless. Their language evolves by the hour, if not the minute. The strange noises I’ve managed to crudely mimic will sound archaic. Despite my short stature, there is no way I will blend seamlessly in the horde. They will know instantly I am not one of them.

My only hope is to outrun them. And so I ignore the shaking in my calves, the burning in my thighs. I struggle to take deeper breaths, but with each inhale it feels as though someone is pushing a hot poker under my ribs.

294. 294 steps until I reach the top. I’ve lost count, and the sweat in my eyes makes it hard to read the symbols on the stone steps. What was the last one I’d seen? 175? 250? I can’t say. I know only that the shrieks behind me are getting louder and louder. A pair of travelers comes down the narrow passage. They had been to the top, and were now heading back down. They had no idea of the horrors that lay ahead of them.

“They … they are coming,” I manage to gasp. “Thirty, maybe forty of them.”

The travelers stare at me blankly. It may be that they don’t understand my language, or perhaps they simply can’t grasp the dangers below. Either way, they keep going.

I pray they won’t suffer.

I continue to climb. Miraculously, I begin to see a bit of light. And soon enough, I’ve arrived, and seemingly intact. I’ve climbed the nearly 300 steps to the top.

Perhaps my favorite tidbit about the Bunker Hill Monument is this: it’s not actually on Bunker Hill. The tower (a tall, light-hued obelisk that reminds me of the Washington Monument in minature) was built to commemorate the eponymous battle of Bunker Hill – the first major battle of the American Revolution – which took place on June 17, 1775. But most of the battle was actually fought on nearby Breed’s Hill, which is where the tower now stands.

The story gets better: the colonial army didn’t even win the battle. But the Battle of Bunker Hill was nevertheless a turning point in the battle for independence; up until then, the Brits had written off the revolutionaries as being inexperienced and poorly trained. Which, to be fair, they kinda were.

The one thing the colonial army did have was excellent leadership. They had a number of experienced officers at the helm, including Colonel William Prescott. Prescott is famously credited with saying, “Don’t fire until you see the whites of their eyes!” (His command – for his army to wait until their British targets were at close range – was meant to make every shot count. Clearly it did – the colonial army managed to wound or kill nearly half of the 2,200 British troops involved in the fight, while suffering only about 500 casualties themselves.)

Some 40 years later, an 18-foot monument was erected on the site to honor those who died in the war – including patriot leader Dr. Joseph Warren, who was killed during the third and final wave of the assault. It was decided that a more permanent structure would be more fitting, and in 1842, the existing monument was built.

It would be another 10 years before inventor Elisha Otis would introduce the American public to the safety elevator, and another 15 years before a passenger elevator would be introduced into a public building (in 1857, at 488 Broadway, New York).

Which means that the only way to get to the top of the Bunker Hill Monument is to the climb the 294 stairs that spiral around and around the inside of the tower. After a while, it gets dizzying. On a busy day, it’s hard to find a place to stop and rest during the climb – you won’t want to hold up the many people behind you. Fortunately, the stone tower seems to stay fairly cool, even on a hot day.

And the views from the top, are, of course, worth it.

Because I visited during the high season, I had to pick up a climbing pass across the street at the Bunker Hill Museum before I could enter the tower. I simply followed the red line in the road (which runs throughout Boston, denoting the path of the Freedom Trail) from the monument to the museum. The climbing passes are free, but are available on a first-come, first-serve basis. Even though it was 2pm, and there had been several school groups before me, there were plenty of passes left.

What I foolishly didn’t realize was this: there were still more school groups to come.

I look around the bright, narrow room at the top of the tower. It is empty, except for a poor soul who, like me, is drenched in sweat. I will later learn that he was just ahead of me in the stairwell, fighting the same battle against exhaustion and terror as he heard the shrieks from down below.

We exchange a quick, panicked look, a nearly imperceptible nod. We both know that we have little time to appreciate the spoils of our efforts. He has already started taking photos. I pull out my phone, and begin to do the same. I am able to look out in every direction at the city beyond. I can see all of it. The buildings, the parks, the people.

If I scream for help, I wonder if they will hear.

There is no time to contemplate these questions. No time to reflect, to think about the beauty of all of it. Click, click, click. I take photo after photo. I am breathless. The glass was scratched. I assume earlier victims had tried to claw their way out. Before I know it, they have arrived. One or two come up first, their eyes wild and crazy. Then another, and another. The rest follow like a wave against a rocky shore – relentless, mad, violent. They don’t acknowledge me, and simply rush into the cramped tower, jostling me around, crushing me against the wall. The noise is deafening. With trembling hands, I managed to take this photo.

They have one captive in their midst. His eyes are ringed with dark circles. It is clear that he is on the brink of madness.

“How many of them are there?” I shout above the din.

Thirty-five fifth graders. At least my end will be swift. The other traveler has already taken the opportunity to flee down the stairs. I look at their prisoner, wondering how he’s managed to survive for so long.

“You look like you have your hands full,” I say. I learned long ago that this is code for “Soon, you will be eaten.”

He smiles (the poor fool has clearly accepted his fate).

I nod. His torture will be a prolonged one.

Just as I wonder how I will get out, the captive gives me an opportunity to escape. He begins to make noise, drawing attention towards himself. He speaks their language.

“Do you remember what we discussed in Chapter Three?” he shouts, and they begin to quieten.

While they focus on him, I hurl myself towards the stairwell. I am plunged into darkness. I run my hands against the cool stone wall, feeling my way down. I keep going, as quickly as I can, before my legs begin to shake once more. I stop and take a few deep breaths, a brief moment to collect my thoughts and consider my brush with death. And then, I hear them again.

They grow louder and louder before I realize: they are coming down the stairs. The Essentials on The Bunker Hill Monument, Charlestown (Boston), MA: