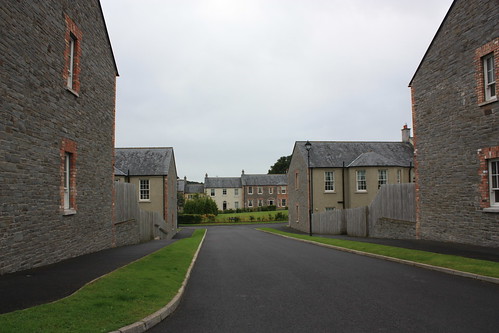 Rows and rows of cottages.

Folks, I am ill, ill, ill. I was supposed to leave for California this morning, but changed my ticket last night. It was around that time that my nostrils decided to be The Blob for Halloween (they like to get started on their costume early, it seems).

All energy has been sucked out of me and replaced with mucus.

But I feel I need to reply to some of the comments on yesterday’s post, during which several lovely folks noted that Castle Leslie seemed more like a manor than a castle. There was a bit of protesting about the lack of a moat, and there was certainly no drawbridge, and from my vantage point, I saw absolutely zero people wearing crowns and making decrees.

And because I love pouring gasoline on a fire, to those folks I say this: you are going to be even more disappointed with our cottage.

Don’t get me wrong: it was lovely. It had a gigantic kitchen, and a nice living room with plush couches, and there were no less than four (FOUR!) bedrooms. 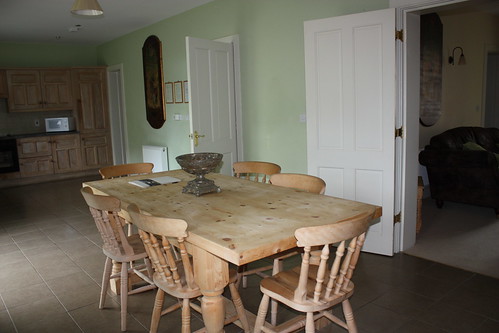 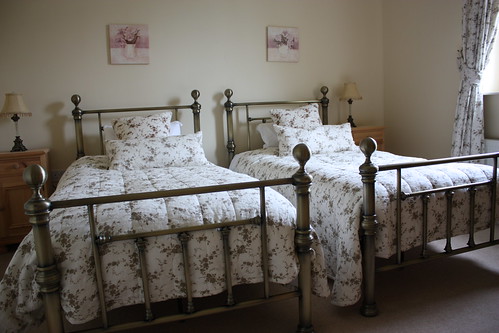 This bedroom remained empty because it had a pair of twin beds in it, and none of us wanted to spend the weekend pretending we were a TV couple from 1953.

But when I was told we were staying in a cottage, I had imagined a tiny little place with a thatched roof and shuttered windows, occupied by the occasional runaway princes who was trying to pass for a commoner.

So I was taken aback when I saw the sheer enormity of the place. 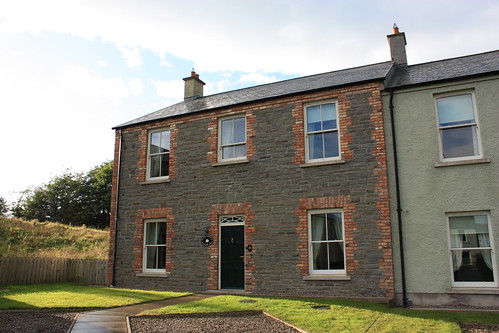 So, I guess it’s a jumbo cottage? 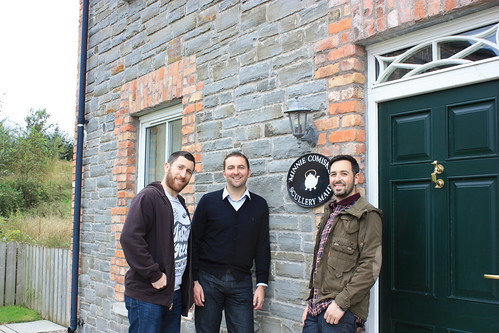 Team Handsome was meeting just outside.

I certainly did not anticipate that it would have a CD player/alarm clock that also played white noise and babbling brook sounds on command. 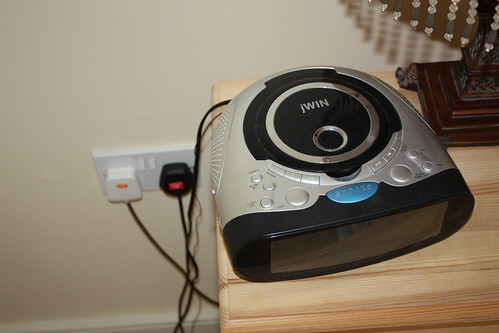 We got ourselves a swank cottage is what we did.

It wasn’t all good news, though. We had a few sad revelations. Like, that there was no pie. NONE WHATSOEVER. Aren’t cottages supposed to have pies baking in little woodstove ovens at all hours of the day? And little birds that fly in through the window and do your hair for you?

Needless to say, I had to do my own hair. I was disappointed substantially by this.

The sign out front, however, met my cottage-y expectations: 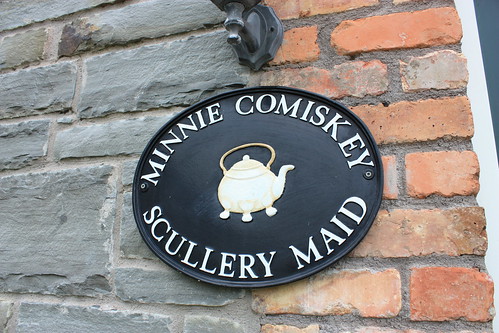 I want one in front of our place that says, “Everywhereist … Unemployed Professional Dessert Eater.” Because I live up to a title like that.

I had to ask what a scullery maid was, and everyone explained (because my friends, it seems, know the hierarchy of household maids by heart) that she’s the lowest-ranking of maid in a household. She would have to do a lot of the grunt work in the kitchen, like scouring the dishes and cleaning the floor and making sure the stoves were lit to heat water before everyone else got up.

Oh, and if it was her birthday or something, she’d get to do something fun like scale a fish or pluck the feathers off a chicken.

The sign was all for show, of course. I’m fairly certain the cottage we stayed in was quite modern, and no scullery maid had ever lived there. But I can’t help but think that I might consider scaling a fish or three if it meant that I got to stay in a place like that.

I’d just have to supply my own pie. Fortunately, I usually travel with a couple on me. And a peach cobbler. Just in case.