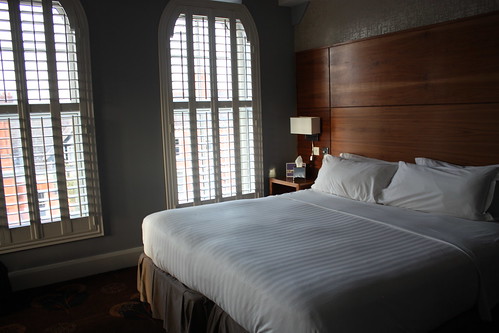 The Duke at Queens in Belfast is both homey and palatial – a kind of interesting balance. We were only there for one night, but it was, as the Irish would say, just grand, and the staff was exceedingly kind and helpful.

There were six of us in our group, three couples in three rooms, and by luck of the draw Rand and I managed to score the suite. 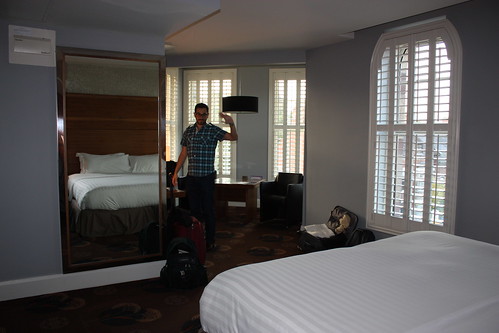 This elicited a mixed reaction from our friends: 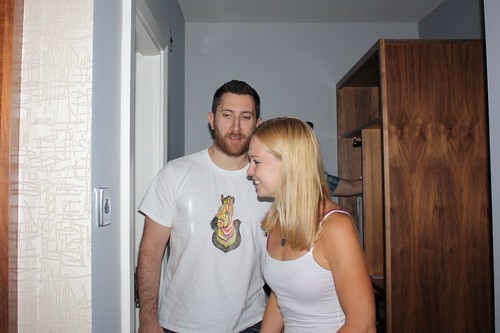 Stephen does not look amused, but I let him borrow our iron and stand in our room without charging him, so I don’t see what he’s so fussy about.

Our suite was huge, and considering we were there for a little over 16 hours, it felt like a bit of a waste. I still took some time to enjoy the view, though. This corner of Belfast – known as the Queen’s University Quarter – looks all cottage-y and pastoral. (And we were right next door to a restaurant called Molly’s Yard, which was excellent and, more importantly, makes a mean sticky toffee pudding.) 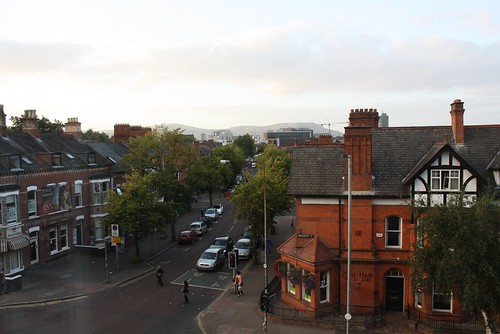 I took nary a photo of the hotel’s breakfast buffet, which was par-for-the-course for a European hotel, but seemed rather lavish by our American standards: yogurts and fresh fruit and breads and pastries, plus made-to-order hot breakfasts and bottomless cups of tea and coffee.

Oh, and I forget to photograph the exterior of the hotel, too (some travel writer I am). Instead, here’s a fuzzy picture of the toilet! 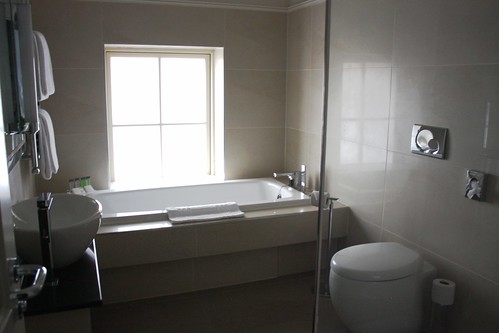 And, almost as if they knew we were coming, we found complimentary packages of cookies near the coffee pot, and chocolate mints on the nightstand.

“My lord,” I said, biting into one of the chocolates. “These are amazing.” Dark and glossy chocolate on the outside shattered underneath my teeth to reveal a creamy minty center.

“We should stay here again just to get more mints,” Rand said.

“WE COULD JUST BUY A HOTEL AND GET ALL THE CHOCOLATE MINTS WE WANT!” Rand shrieked, triumphantly.

Boy, do I love the way that kid thinks.