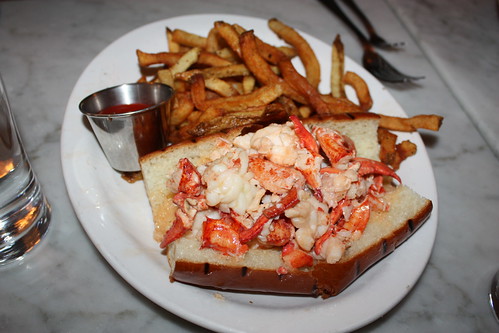 The lobster roll at Neptune Oyster.

I’m always up for a bit of decadence. You don’t get hips like mine from being restrained.

But there’s the everyday sort of decadence (which involves a bit of cake with breakfast, and a bit with lunch, and hell, some with dinner, too) and then there’s the once-every-few-months-or-my-heart-will-suffer kind of decadence. And Neptune Oyster in Boston’s North End falls into the latter category.

After a meal there, I looked at my husband and declared myself in need of a shower and a cigarette. And I don’t even smoke.

Like the Duck Tours, Neptune came at the recommendation of our pal Ryan, who I’ve since declared purveyor of all guilty pleasures and a bad dietary influence (I mean this in the best way possible).

We met at Neptune at 12:30. There was a massive crowd, but we were seated pretty quickly – only a 15 minute wait or so. But – hey, fifteen minutes can seem like a long time, so some of us might have had a pre-lunch cannoli. Again, I blame Ryan. 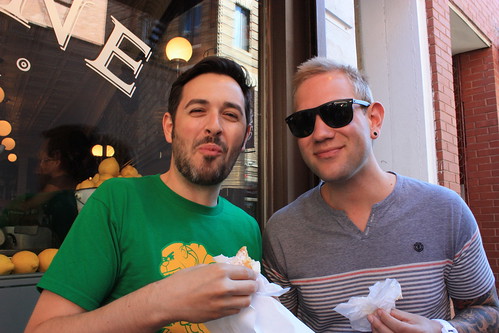 Fact: even though we had JUST had breakfast, and were minutes away from lunch, I started devouring that damn cannoli until I looked up, powdered sugar smudged on my cheeks and screamed, “WHAT AM I DOING?” before running away down the street. #truestory

Neptune is cramped and lovely. Though you are packed in like sardines (which, by the way, are available on Thursdays), the restaurant is covered in cool white tile, which helps stave away any feelings of claustrophobia. It’s clean and a bit chilly – and smells strongly of seafood and lemon.

If you don’t like shellfish, or are a vegetarian, be warned: this is not the place for you. Even if you don’t order it (which is hard to do; virtually everything on the menu contains seafood), it will be mere inches from your face.

For me, though, it was positively heavenly. We began with raw oysters. All meals should start thusly. 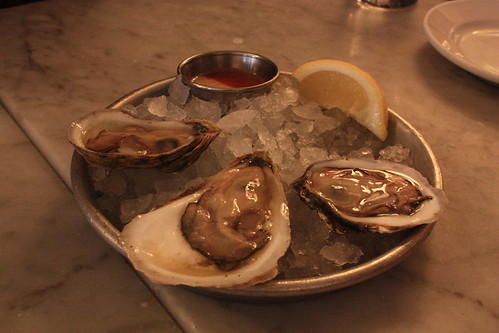 Rand and I decided to share our entrees, since we’d just eaten breakfast, and accidentally devoured street cannoli a mere 10 minutes prior (note to self: “street cannoli” sounds positively dirty). I ordered the octopus gazpacho (which was technically an appetizer) and he got the heated lobster roll. We erroneously thought we’d be able to finish all of it.

Traditionally, lobster rolls are served cold and heaping with mayo. This is somewhat horrifying to Rand and I (neither of us are fans of the pus-colored condiment. It’s one of the shared views that helps make our marriage strong). So when we found out that Neptune had a hot version, smothered with melted butter instead of mayo, we were all for it. 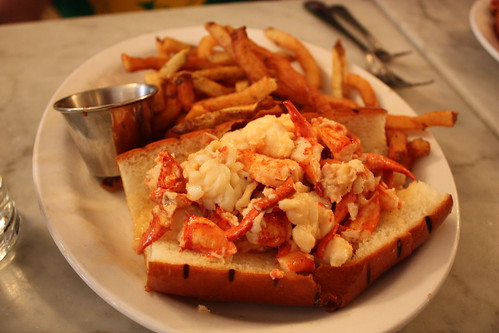 There were fries, too, but our attention was on other things.

What we did not realize is that the roll would be positively soaking with rich, creamery butter. So much so that the soft grilled bread fell apart when we tried to lift it. We ended up digging in straight with our forks and fingers. 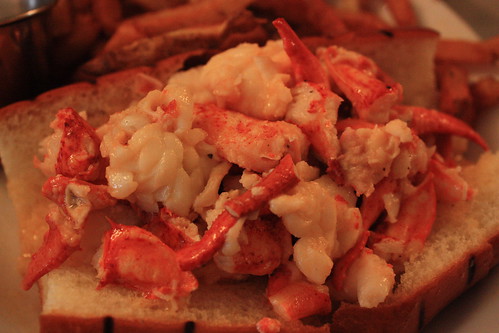 And though I usually eschew sandwiches after they’ve lost their structural integrity, I was not at all unhappy about this: 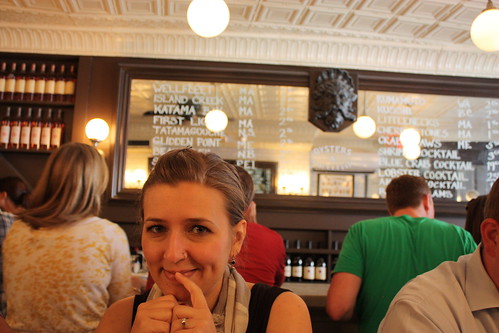 “My finger tastes of lobster, and so I will eat it.”

My gazpacho was a nice, tart counterpoint to the buttery sandwich. It was cool and smooth and velvety. The waitress assured me that there was no cream in it, but I found this hard to fathom. It felt like a quart of full-fat milk had been poured in there. 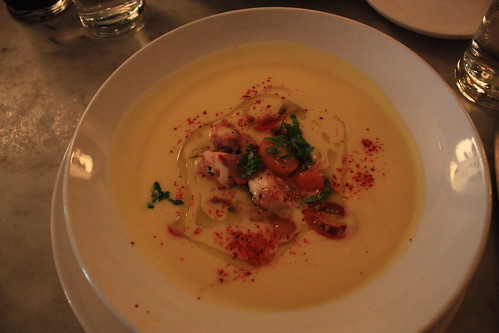 When a place can make chilled veggie soup seem rich, that is no small achievement.

At the center of the soup was an island of tender octopus pieces, paired with heirloom tomato halves, and dusted with paprika. 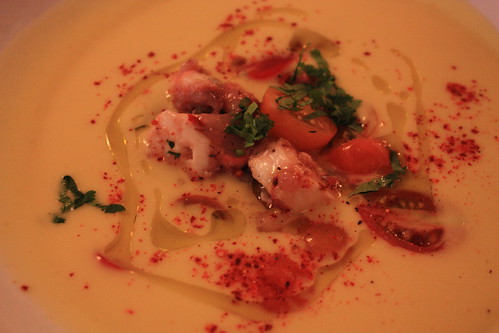 After our meal, we somehow left the restaurant, despite barely being able to move, and heaved ourselves down the block. As we walked, I voiced my desires for a cigarette and a shower. A few people attempted to chuckle, despite their full tummies. Someone merely burped in reply.

And when I realized that neither a shower nor a cigarette was in my immediate future, I contemplated another cannoli. Because if you are going to jump into the deep end of decadence, you might as well make big splash, right? (And let’s face it: with my hips, big splashes are the only ones I can make).