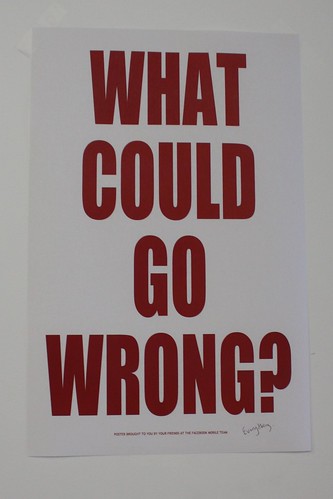 Some of the replies to last Thursday’s post (via the comments, Twitter, and Facebook) hit me pretty hard. I have figured that several years of blogging would have thickened my skin, so my reaction surprised me (also surprising: when I got teary over an Olympics-themed Visa commercial. These damn steroids have turned me into a moody softy). I curled up into a ball and when Rand asked me what was wrong, all I could mutter was, “People on the internet are upset with me.”

And he had a good laugh, because when the sum total of your problems can be expressed thusly, THERE IS NOTHING WRONG WITH YOUR LIFE.

But in the midst of the occasionally-heated discussion, an important point came up: this sort of reservation-mishap happens a lot (a big thanks to reader kokopuff for making me aware of this). Sometimes it’s an intentional scam. Sometimes it’s just an honest clerical mistake (I want to give our hotel the benefit of the doubt). Either way, you need to protect yourself.

You make a reservation at a hotel. You call to cancel it. The hotel fails to give you a cancellation confirmation number (and/or you fail to ask for it), and when they later call you and claim that you are a no-show, you have no proof that the reservation was cancelled. And there is virtually nothing you can do about it.

Heck, not even Christopher Elliott, consumer advocate extraordinaire, could help when someone wrote in with the same problem. Unless you have a cancellation confirmation number, you can’t dispute the credit card charges. It’s apparently a general rule that the only proof you have is that number.

It looks like this sort of thing happens often when booking through certain sites. So you have to protect yourself.

Bottom line: no matter what happens, if the hotel cancels on you, or you cancel on them, get a number confirming that the cancellation took place. It’s the only proof that you have. Without it, Rand and I couldn’t have contested the charges, even if we wanted to (I was incorrect when I presumed otherwise). We’re simply lucky we didn’t get dinged for the entire, staggering amount.

And I realize a lot of folks have taken umbrage over the fact that I made my husband out to be a good person for not contesting the charges – as though his morality was somehow tied to financial privilege. That is not something I ever intended to imply. I simply wanted to communicate how calm he was through the ordeal, and how much I respected him for it. How he doesn’t hold grudges. How he never loses his cool, even when there is plenty to lose his cool over.

And how he’s pretty much the bestest husband in the whole wide world. Something which, to me, is pretty uncontestable.