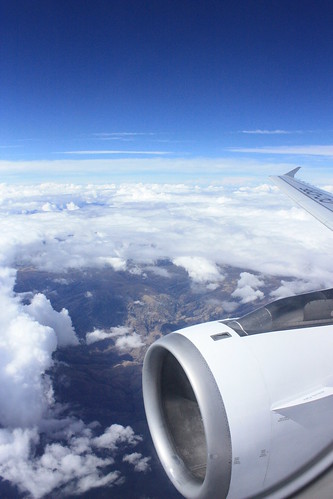 As a kid, I wanted the window seat. Now I prefer the aisle, so I can get up to pee.

There are days when I feel far older than my 31 years (Wait, am I 31? What year is it …? No, I’m still 31. Dear god. Losing track of my age is not a problem I used to have). When something happens that makes me realize that I have been on the planet for three long decades, and then some.

Take, for example, the time I had the following exchange (via Google chat) with my brother-in-law, who is 10 years my junior:

Me: … it must have been around the time River Phoenix died.

Me: NO. You can’t actually not know.

Him: Wait … is he related to Joaquin?

Him: Hold on, I’m looking him up … Okay, you can’t get mad at me for not knowing who he was. I was, like, three years old when he died.

Me: I TOLD YOU TO STOP TALKING.

I know. It’s just horrifying. The kid was born in the nineties and is able to drink. It’s enough to make you curl up and weep for your lost youth, the untimely death of poor River, and the cancellation of Pete and Pete. And it makes you realize how many of the immutable pillars of your childhood mean nothing to younger generations.

When it comes to flying, where the rules change every time some idiot tries to bring down a 747 by hiding C-4 in his underwear, this is particularly true. Traveling in planes today is not what it was when I was a child. Here are some of the things I remember from air travel during the 80s and 90s that will sound utterly shocking to younger generations:

Sigh. Those were the good old days. When flights included a little plastic pair of aviator wings that would inevitably poke you in the finger. When you could take whatever you wanted on a plane with you.  When you could hoard tiny soaps to your heart’s content.

Don’t leave me floating on a cloud of nostalgia by myself. What memories do you have about flying that would seem absolutely foreign to kids today?