I know it’s not *technically* Wednesday, but yesterday was Leap Day, so that threw me off schedule. Plus, Davy Jones died, so I spent most of the afternoon listening to “Daydream Believer” and feeling heartbroken. So instead, I bring you WTF Wednesday … on Thursday.

My friend Mike’s birthday was this week, and Rand and I were wandering around Seattle with a few of the revelers, including the birthday boy himself.

Earlier in the evening, I had been chatting with a fellow party-goer, and told her that I often saw her walking around our neighborhood, but I had neglected to wave. We’ve only hung out a once before, and I figured she wouldn’t recognize me and would just think I was raving lunatic.

Which, to be fair, isn’t entirely off base.

She noted that even if I had waved, she likely wouldn’t have noticed. She tends to walk around with blinders on, not generally paying much attention to her surroundings.

The zombie apocalypse could happen, she explained, and she’d probably get bit because she failed to realize that the guy standing next to her on the sidewalk was a member of the walking dead. And we all nodded knowingly, comforted to learn that we were not alone in worrying about such matters.

It was not surprising, then, that she and I and a few others walked right by the frozen chicken that was sitting (laying?) in the middle of the road on that rainy night. But Mike noticed, and screamed, causing us all to turn and look. (Note to self: Mike is an attentive guy, and handy to have in the event of a zombie apocalypse). 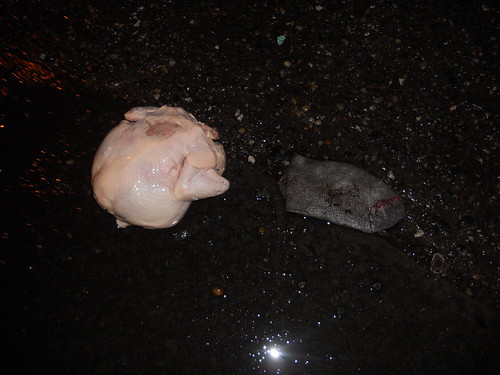 And then, down the street, we saw them. One, after another, after another. An entire flock of frozen chickens, strewn across the road. 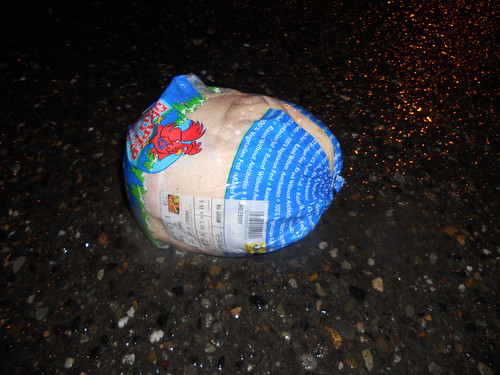 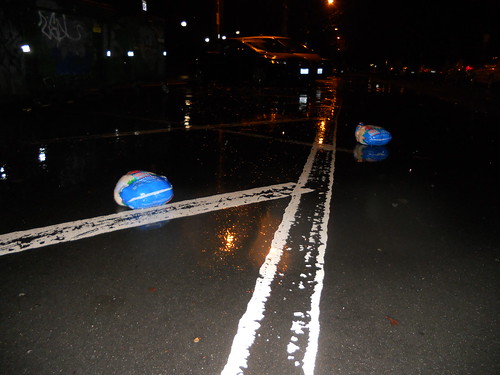 We tried to hypothesize what might have happened, but couldn’t figure it out. Had they fallen off the back of a truck? Were they cast-offs from a nearby food bank? Or, perhaps more terrifyingly, HAD THE AVIAN ZOMBIE APOCALYPSE STARTED ALREADY?

Maybe the answer was far simpler than all of that. Maybe, even in death, those chickens were merely trying to make it to the other side. 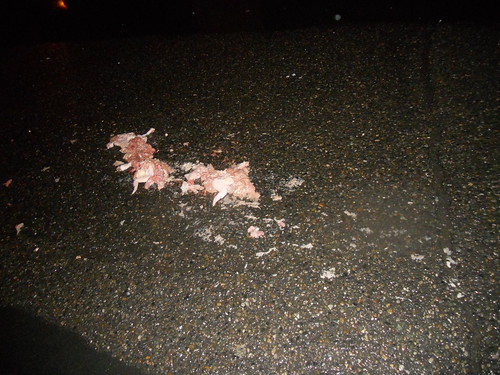 Whatever the case, WTF, Seattle. And happy birthday, Mike. May your year be full of love. And chicken.

P.S. – All photos in this post are courtesy of the fabulous and talented birthday boy, Mike Curato. Recently, Mike won the Portfolio Showcase at the Society of Children’s Writers and Illustrators Winter Conference which is a big deal in the publishing world. I could not be any prouder. He’ll soon be working on a children’s book, and he’s currently blogging.