I like to describe my brother as a triple threat: he’s an actor. And an asshole. And he’s my brother.

That counts as three things, right?

Oh, and occasionally he takes photos of things. Which you’d think would make him a quadruple threat. But really, most of his pictures just reinforce the fact that he’s kind of an asshole.

And with that preamble, I give you this week’s Tuesday Reverie: 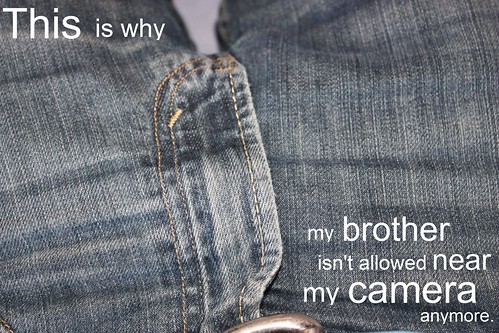 Yes, he took the above picture. Yes, I was annoyed. And yes, I may have laughed a little, too.